Didn't want to intrude your privacy, you were in beast mode: Iyer to Kishan 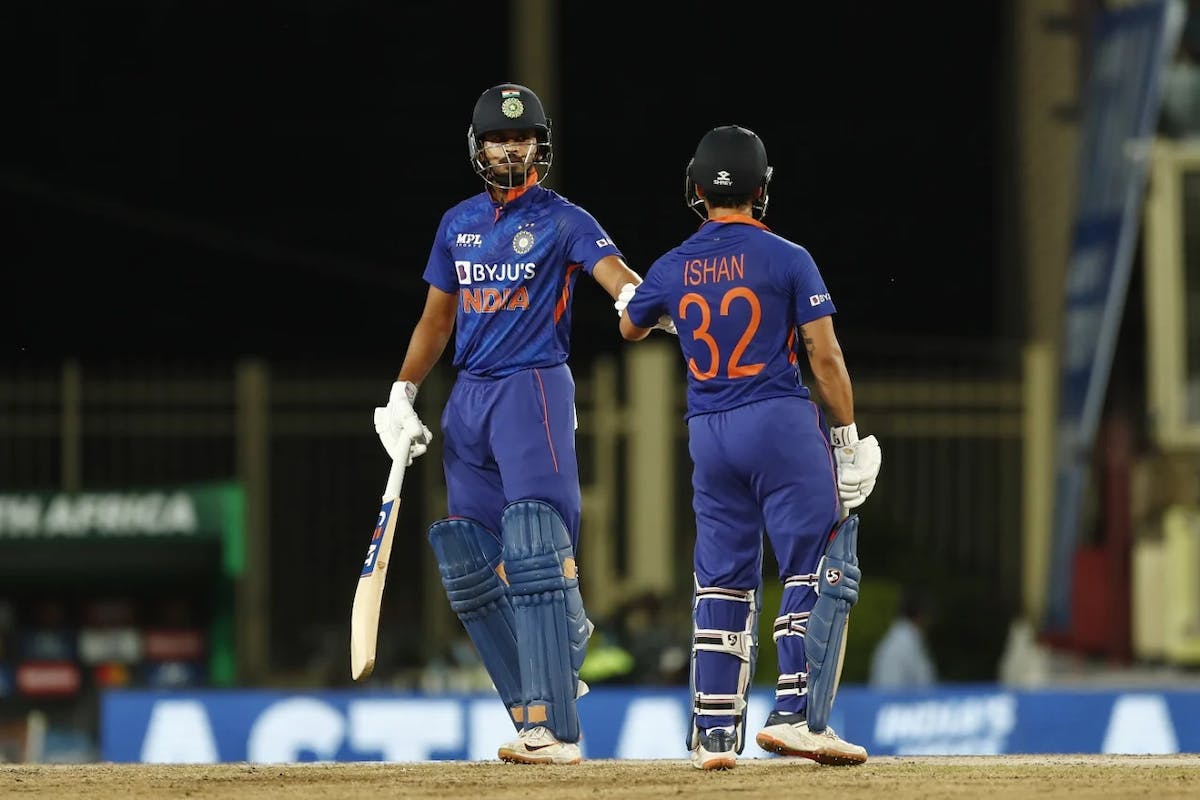 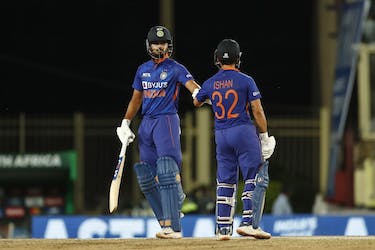 Didn't want to intrude your privacy, you were in beast mode: Iyer to Kishan

Together with Iyer, Kishan shared 161 runs for the third wicket to guide India to a seven-wicket win in the second ODI

Shreyas Iyer was in no mood to intrude Ishan Kishan's privacy as the southpaw was in "beast mode" against South Africa in the second ODI in Ranchi.

Kishan was at his attacking best on Sunday, slamming 93 off 84 balls with the help of four boundaries and seven hits over the fence at his home ground. Together with Iyer (113 not out), he shared 161 runs for the third wicket to guide India to a seven-wicket win and level the three-match series.

"I just wanted to talk to you and communicate pretty well, but since you were in beast mode, and in your zone, I didn't want to intrude on your privacy," Iyer told Kishan in a chat after the match published on BCCI's Twitter handle.

"Nonetheless, we won the match, and it takes two to tango. I'm really happy that we finished on a good note and probably in the next game, you might get a century. I just came and took some knocking yesterday (Saturday), but I was disappointed when you missed out on your hundred."

With four fifties and a ton in his last six ODI innings, Iyer is in the form of his life. Talking about his celebrations after scoring his second ODI century on Sunday, Iyer said: "The celebration was nothing much, it just came instinctively.

"I didn't decide that I'd be celebrating in a certain way, but I want to appreciate the crowd. They came out in numbers and the atmosphere was electrifying. I was excited about the contest, as you mentioned, about the wicket, how it's going to play, I just applied in my mind in a similar fashion and things turned out pretty well for me."

The third and series-deciding ODI will be played in New Delhi on Tuesday.