Disappointed at losing today, but I did see a lot of character from my boys : Silverwood 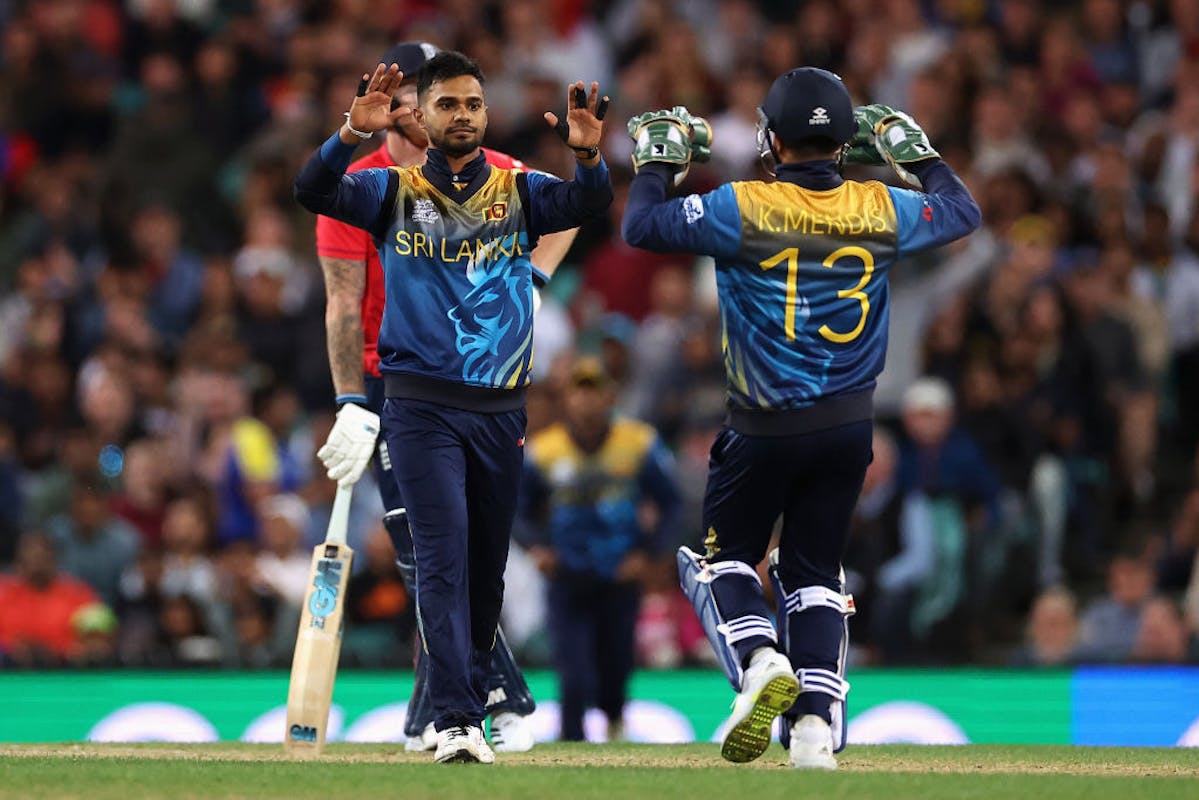 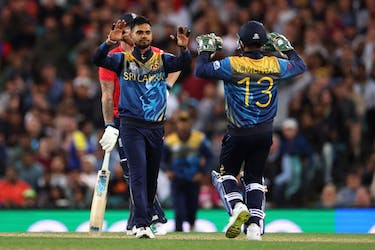 Disappointed at losing today, but I did see a lot of character from my boys : Silverwood

For starters, his young team only defeated sides in Australia they were expected to beat -- Netherlands, UAE, Ireland and Afghanistan -- while losing heavily to New Zealand and Australia

Sri Lanka lost their opening qualifier encounter against Namibia but since then turned the table around to qualify for the Super12 and made a genuine case for themselves to qualify for the semi-finals. Even though that didn’t transpire, watching Sri Lanka fight the way they did, after winning the Asia Cup, was a marker for consistency.

Sri Lanka’s head coach Chris Silverwood, on Saturday said, expressed his disappointment for the loss at the hands of England in Sydney, but admitted there were lots of positives to take away from.

For starters, his young team only defeated sides in Australia they were expected to beat -- Netherlands, UAE, Ireland and Afghanistan -- while losing heavily to New Zealand and Australia. But they ended their campaign by pushing England hard and Silverwood was content.

"Disappointed at losing today, but I did see a lot of character from my boys out there," said the former England coach. "We were finding ways of getting into the game and we pushed England.

"You have to say Ben (Stokes) had it under control out there for quite a period, but if we could have nicked in and got one more wicket there, it would have made things quite interesting."

Ben Stokes hit an unbeaten 42 to steer his side into the semi-finals with two balls to spare, after a middle-order collapse against Sri Lanka's dangerous spin. Silverwood's side came into the tournament as Asian champions after getting past India and then Pakistan in the final in the United Arab Emirates in September.

While they failed to beat any of the big guns in Australia, Silverwood said the processes he put in place when he took over earlier this year were starting to shine through.

"The methods that we put in place which started in the white ball series in Sri Lanka before we went to the Asia Cup, (we) can see things progressing," he said.

"We are building partnerships, making sure we know when to attack and when not to attack with the ball, knowing when to squeeze and putting an aggressive slant on it with a Sri Lankan swagger so to speak. And that's what I want, for them to be themselves, to go out there and express themselves and continue to develop."

Their fielding was generally poor in Australia, although much better against England. Silverwood admitted it was an area of concern.

"Fielding is something that we need to work on, we're not going to shy away from that, it's not something we've hidden from either. It is an ongoing process and something we must, must get better at,” the former England coach added.