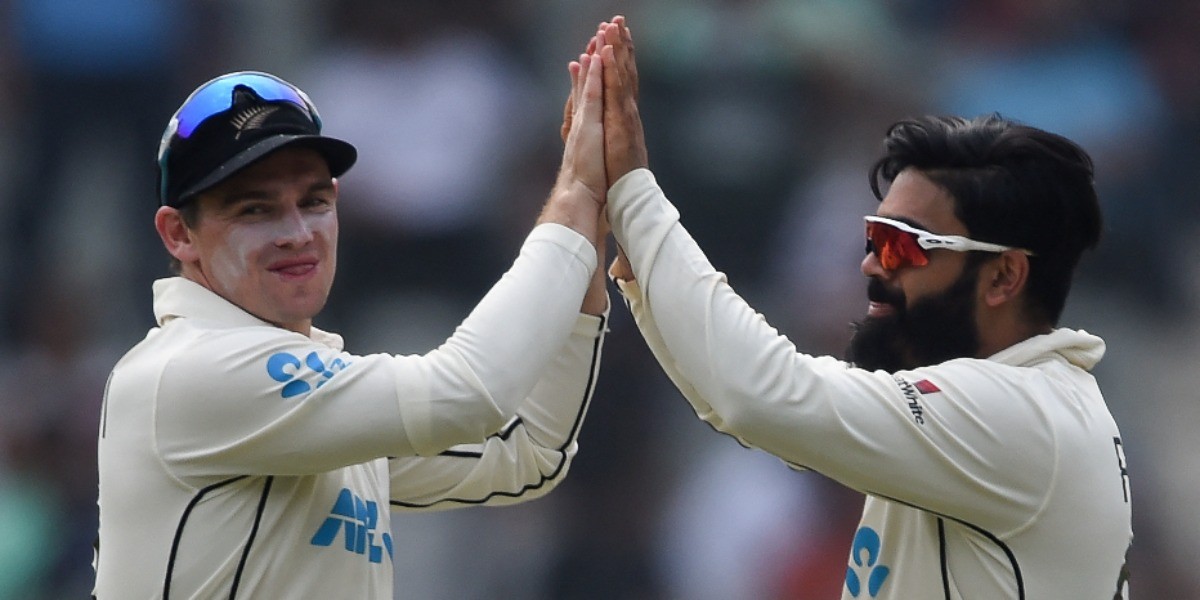 New Zealand stand-in skipper Tom Latham said he was disappointed with the batting performances, but will take heart from their bowlers' effort following the 1-0 series loss against India. The visitors were skittled out for 62 runs in the first innings and were wrapped up for 167 in the second innings as they lost the second Test in Mumbai by 372 runs.

"Disappointing performance. Knew it'd be tough in these parts. Getting bowled out for 60 puts you behind the eight-ball," Latham said in the post-match presentation.

Latham felt that the bowlers had done well on a difficult surface at the Wankhede Stadium as they dismissed India for 325 in the first innings.

"If you come over to India, you probably want to bat first. The way the bowlers toiled in the first innings was great. It wasn't quite the way we wanted it to pan out with the bat," he said.

The top-order batter also praised spinner Ajaz Patel who became the only third bowler in Test history to claim all 10 wickets in an innings.

"Amazing game to be a part, a 10-for has happened only thrice in the history of Tests. To be part of it is special, we'll celebrate that with Ajaz," Latham said.

Latham said it is time for the team to focus on the upcoming two-Test series against Bangladesh at home next month.

"We head home, quarantine and then have a couple of Tests against Bangladesh. Look forward to getting home and then preparing for that series," he said.

Patel said he is overwhelmed by the congratulatory messages received after his 10-fer.

"To be honest, I still don't know how to put the 10-for into words. I'm trying to absorb it, been flooded with hundreds and thousands of messages. It's overwhelming at the moment," he said.

New Zealand's next assignment will begin on the New Year's Day with the first Test against Bangladesh at Mount Maunganui.