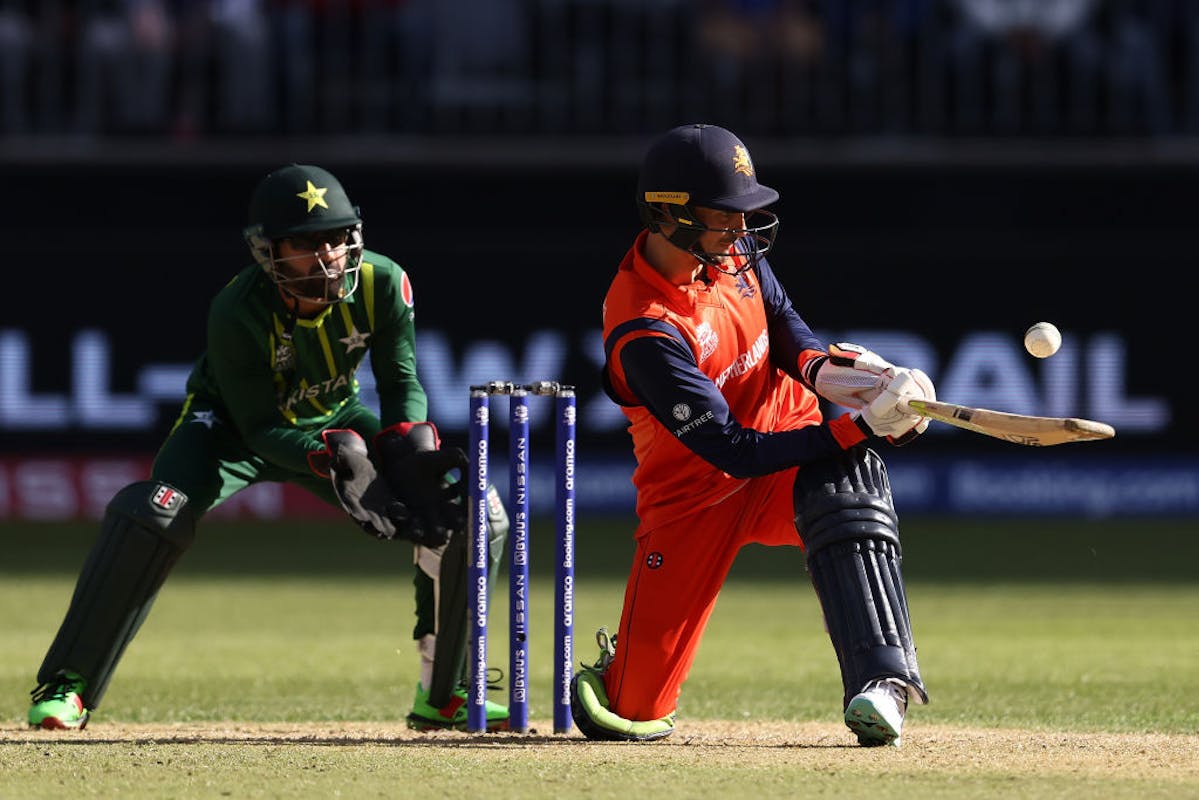 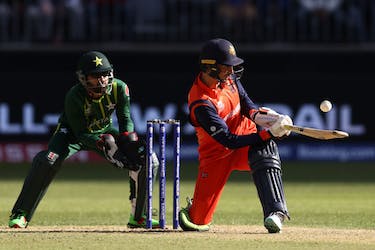 After two consecutive losses, Pakistan needed a win more than any other side to stay alive in the ICC T20 World Cup 2022. Against the Netherlands, every ball mattered. They mustered everything they had to put up a convincing performance in Perth to pull off a six-wicket victory.

Naseem Shah and Saheen Shah Afridi were the star of the show with the new ball and later Mohammed Wasim Jnr didn’t give any chances for the Dutch to make a comeback. Netherlands skipper Scott Edwards rued that chance, saying not having played many 140 kph pacers in the past cost them big time on the big stage.

“We knew it was going to be fast and bouncy going in. It didn't play as fast and bouncy as we expected, I think, which obviously caught us off guard. Obviously they've got a world class bowling lineup with four guys that bowl over 140. Just disappointed that we couldn't negotiate it,” Edwards said in the post-match press conference.

The Netherlands suffered three losses in three encounters and are out of the tournament. While qualifying for the main round would count for a lot, they would be ruing the missed opportunities in the tournament. Not being able to negotiate the powerplay, failing to hit regular boundaries and inability to forge partnerships were the major concerns behind Netherlands’ downfall and Edwards acknowledged the same.

“Boundaries drying up in the middle overs definitely an issue, I suppose with the bigger boundaries in Australia. Yeah, that's not an excuse. I think we're losing wickets at times, which means we can't get partnerships together, and we feel like we're always sort of rebuilding. Yeah, it's not ideal, but it's something we've got to address and hopefully come back and fix that in the next couple of games,” the Netherlands skipper added.

In an unfortunate incident during the game, Haris Rauf hit Dutch batter Bas De Leede on the grill of his helmet, causing an ugly cut right below his right eye. De Leede had to head to the pavilion as retired hurt and sat in the dugout for the rest of the match with an icepack in his hand. Edwards revealed that they will be monitoring his progress before taking a final call on playing him for the Zimbabwe clash.

“It's cut his cheek open a bit. Seems to be okay, but we'll be monitoring him. Hopefully he's good to go for the next game. Guys get hit in the head all the time. It's not ideal that -- it's not good that it got through so it cut him. But, yeah, when you play professional cricket, you're always going to come up against guys that bowl fast. Hopefully he's available, but I haven't heard anything yet,” Edwards added.