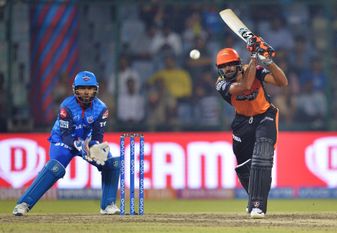 A disciplined bowling effort from Sunrisers Hyderabad (SRH) sees them clinch an easy win over Delhi Capitals (DC) in Match 16 of the Indian Premier League (IPL) 2019 at Feroz Shah Kotla. The wicket was slow and the ball did not come on to the bat. As a result, the variations of the fast bowlers and spin combination of Rashid Khan and Mohammad Nabi came in handy as SRH restricted Delhi to 129 for 8 despite a couple of sixes from Axar Patel in the fin al over of the DC innings off Siddarth Kaul.

Shreyas Iyer played a responsible innings, scoring 43 off 41, but did not find support at the other end. Bhuvneshwar Kumar, Kaul and Nabi picked up two wickets apiece, while Rashid and Sandeep Sharma bagged a wicket apiece.

Despite having just 130 runs to chase, SRH needed to get off to a good start once again thanks to Jonny Bairstow and David Warner. This was their fourth consecutive 50-plus stand in as many matches and from there, DC never looked like winning the game. To add to their woes, Axar dropped a relatively straight forward catch off his own bowling, when he was batting on 5. Bairstow then took charge and smashed the bowlers around as Warner played second fiddle.

From 64 for no loss, SRH were reduced to 101 for 4 in the 15th over, but there were well ahead of the required run-rate. However, with another wicket, SRH would would have been a tad nervous at the death an that is exactly what happened when Deepak Hooda played a needless shot and holed out in the deep for 10. However, DC were denied of their fairy tale comeback as Mohammad Nabi and Yusuf Pathan ensured that there were no further hiccups.

In the first innings when DC were batting they could only score 44 in the last 5 overs and their winning probability dropped from 22 to 13%. Howeer, in the 10th over of their innings, the wicket of Rishabh Pant too was a huge loss for DC, initially dropping their win % to 22. 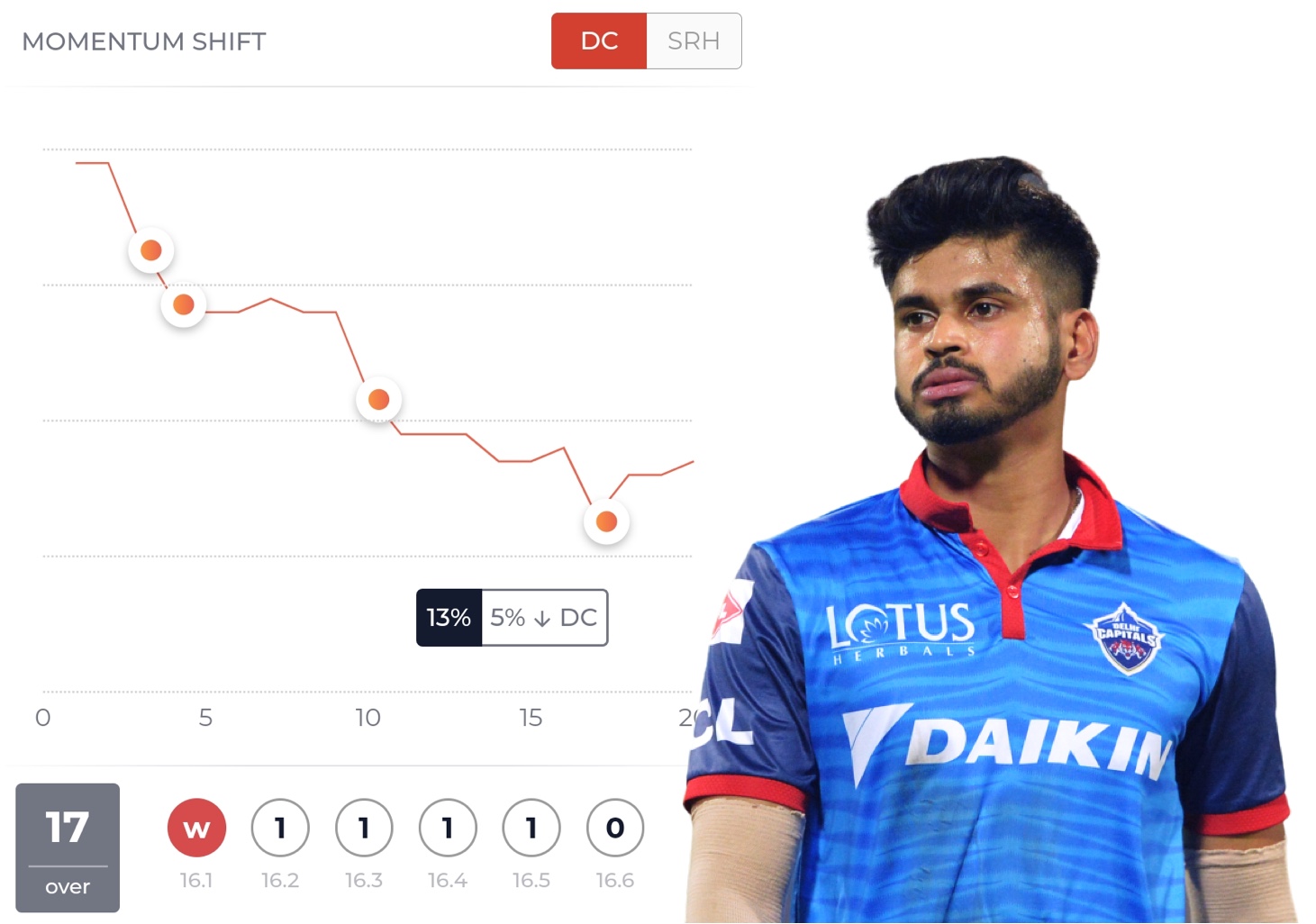 As far as the SRH innings was concerned, the first wicket partnership of 64 between Bairstow and Warner never let Delhi claw back into the game.  SRH’s win % dropped down to 77% at the end of the 16th over, following the wicket of Deepak Hooda, but with lack of runs on the board, SRH got home with plenty of balls to spare.