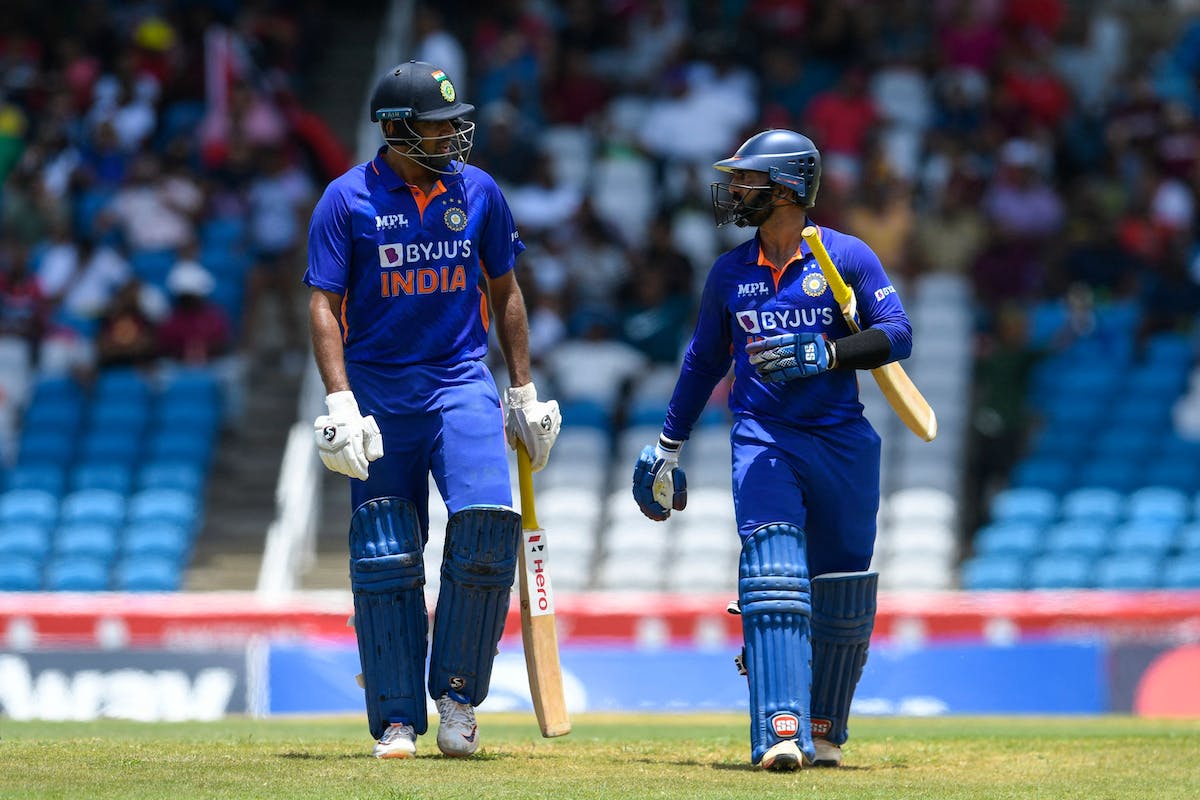 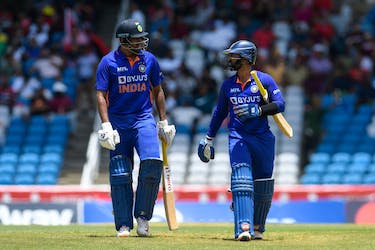 Arshdeep Singh, who on Friday enjoyed a fine second outing in international cricket by registering figures of 2/24 off his 4 overs, revealed that the explosive cameo from Dinesh Karthik towards the end of the first innings provided the bowlers with a cushion that turned out to be pivotal.

After posting 190 on the board batting first, India registered a comprehensive 68-run win, the Windies batters not getting a sniff at any point in the chase. But that the visitors got to 190 in the first place was thanks to Karthik, who struck a whirlwind 19-ball 41*. India collected a mammoth 45 of the last 3 overs of their innings and it was DK that did all the damage, collecting 27 off his last 9 balls.

Arshdeep credited the veteran and revealed that cutters and slower-ones made life difficult for batters on a sticky Trinidad wicket.

“It was difficult for the batters if you used the cutters and the slower-ones smartly. The way DK (bhai) played towards the end was crucial, it gave a cushion for us, the bowlers. Thankfully, on the day, we (the bowlers) were able to execute our plans.”

Arshdeep has been with the Indian senior side since the start of the South Africa T20Is, but the left-arm pacer was playing just his second game on Friday, his previous appearance coming in the first game of the England series. However, in the first T20I, the 23-year-old bowled like a season campaigner, thriving from start to finish. One of two specialist seamers on the night, Arshdeep took up responsibility, delivered a fine spell (2/24) and played a key hand in the side’s thumping victory.

The youngster revealed that the clarity of thought provided by the captain and the management provided him with the confidence to thrive.

“As a bowler it becomes easy when you know clearly what role you’re going to play and when you’re going to be bowling. I had plenty of clarity and this provided me with the confidence to execute. Bhuvi keeping things tight from the other end also benefited me a lot.”

The highlight of Arshdeep’s performance was his battle versus Kyle Mayers up front. After getting hit for a six and a four, the 23-year-old got the better of his opponent by bowling a vicious bouncer that took the opener by surprise.

Arshdeep revealed that he didn’t ‘plan’ for the bouncer per se, and the delivery was a mere gut instinct.

“Went to the bouncer (to Kyle Mayers) as a gut instinct and it paid off.”

Arshdeep, in a way, has had the perfect start to this T20I career — 4 wickets at an ER of 5.60 after 2 games — but the 23-year-old asserted that his primary goal is to work on areas that need improvement and keep honing his skills.

“It was a great experience. Even better because the team ended up winning. Just want to keep working on improving different aspects of my game and adding to my skill set.  Really excited for the matches to come.”