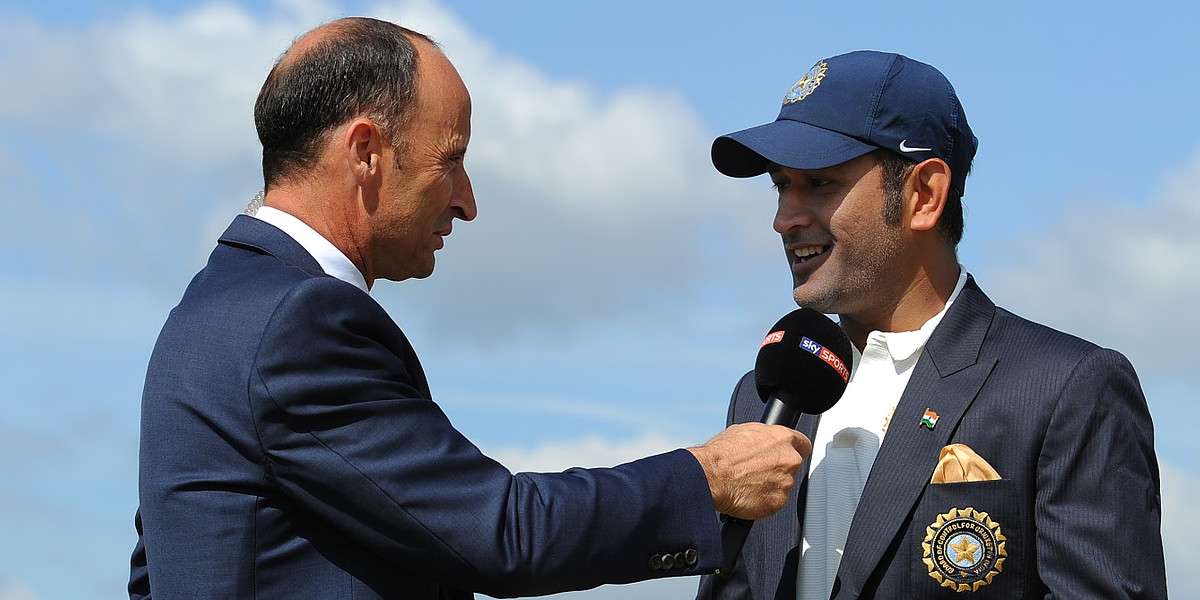 The doubting Thomases "should be careful" about what they wish for as there is no second coming for a once-in-a-generation player like Mahendra Singh Dhoni if people "push him into retirement", former England captain Nasser Hussain said on Saturday.

Hussain, one of the most respected voices in world cricket feels that the soon-to-be 39-year-old former India captain still has a lot to offer in Indian cricket.

"Once Dhoni is gone, there is no getting him back. There are some legends of the game, appreciating while around, because they are once-in-a-generation cricketer and don't push him into retirement too early. Only Dhoni knows his mental state and in the end the selectors select and players turn up when asked to," the 52-year-old Hussain told Star Sports on its new show 'Cricket Connected'.

Dhoni last played for India in the World Cup semi-final against New Zealand in July. Since then he hasn't played any competitive cricket with former legends like Sunil Gavaskar and Kapil Dev making it clear that it's getting increasingly difficult for the Jharkhand dasher to make an international return after such prolonged sabbatical.

"Is MS Dhoni still good enough to get in the Indian side? It is as simple as that. That should apply for anyone across the board. What I have seen of Dhoni, I still think MS Dhoni has a huge amount to offer for Indian cricket," he said.

However one of England's shrewdest captains admitted that Dhoni did err on a couple of occasions during World Cup where he couldn't force the pace of the innings.

While Hussain's comments didn't specify which match he was talking about but it is in all likelihood the games against West Indies and England where he failed to force the pace of the Indian innings.

"Yes, it's been one or two occasions where he (MSD) got it wrong in run chases, there was a World Cup game in England where he sort of blocked at the end for some unknown reason, but in general MS Dhoni is still a really good talent and be careful what you wish for," elaborated Hussain.