Don't think India can have any complaints if we leave a bit of grass: Anderson 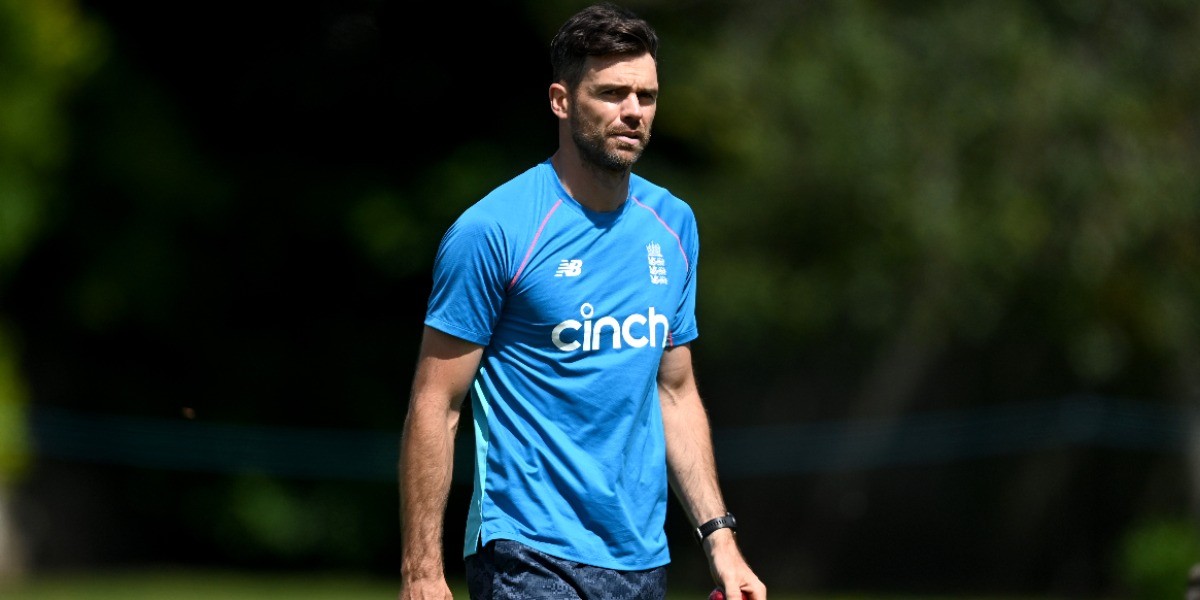 Don't think India can have any complaints if we leave a bit of grass: Anderson

Citing Pant as an example, Anderson said that the IPL generation of batters have a fearless approach

The last series between India and England became a huge matter of controversy with many labelling India's approach of preparing turning tracks not good for Test cricket. As both sides gear up for the return series in England, seasoned James Anderson stated that England must play to their advantage in the five-match Test series against the fancied visitors, by preparing "good pitches" with pace and bounce.

"I don't think India can have any complaints if we do leave a bit of grass on because what we came up against (them) on our tour of India last time, we certainly played into India's hands. They used their home advantage to their benefit and I think a lot of teams around the world do it," Anderson said during a con-call with select Indian journalists on Monday.

One of the game's finest seamers with 617 Test wickets to his name, Anderson added, "So, if there is grass left on it, India have got a strong seam attack as well. I would be hoping for some good pitches, we want pace and carry in our pitches, certainly from seam attack's selfish point of view, we want pace and bounce because we know it's going to swing, so nicks just carry.

"That picture of the pitch (here) was taken three days before the first Test. A lot can change in between. I'm sure they are going to trim some grass and roll it as well."

Anderson, who has played 162 Tests since his debut in 2003, said that the IPL generation of batters have a fearless approach and cited Rishabh Pant as an example. "It is something that I feel fortunate to have done and it has been a real experience, playing against different generations of batters.

"I think IPL generation of players, you can definitely see a difference and a more fearless approach, not scared of playing any shot in any format okay. Use Rishabh Pant as an example, reverse sweeping me in the last tour of India with a new ball and you never see Sourav Ganguly do that," he said.

"So, it is something that is exciting to see, it is a different challenge as well for bowlers when you get this sort of style of player who is not afraid to go over the top in Test cricket or play extravagant shots. I think it is great for the viewer at home to watch," he added.

The veteran seamer refused to single out any Indian batsman ahead of the series and maintained that the team has a very strong batting line-up.

"India have a very strong batting line up and as an opposition, you don't want to single out players because they have quality batsmen right throughout. Kohli is obviously an important wicket since he is the captain and the positive influence he has on the team. Pujara is someone who can stay at the crease for a long time and holds things together. So yes, he's an important wicket.

"But if you look through the whole squad, the guys who are going to miss out have huge quality and it's very difficult to single one batsman out. We have got to make a plan for everyone and every wicket is important," elaborated Anderson.

England will miss the services of star all-rounder Ben Stokes and Jofra Archer in the series. Anderson said that his role would remain the same and he would look to play all five Tests.

"Our job is to prepare as well as we can for five Tests. I want to play five Tests, Stuart Broad wants to play five as well. All other bowlers will want to play every Test match. All we can do is try and bowl well enough and be fit enough to be selected. Then it's up to the captain and coach as to who plays, what's the best balance in the team. All we can do is prepare physically and mentally.

"I don't think the absence of Archer and Stokes will change my mentality as I want to play every game, all five games possible. I'm still hungry to play, though I've realised that with a schedule like this -- five Tests in six weeks -- it might be difficult for a bowler to play every game," he concluded.