Dropped catches proved to be a game-changer: Shanaka 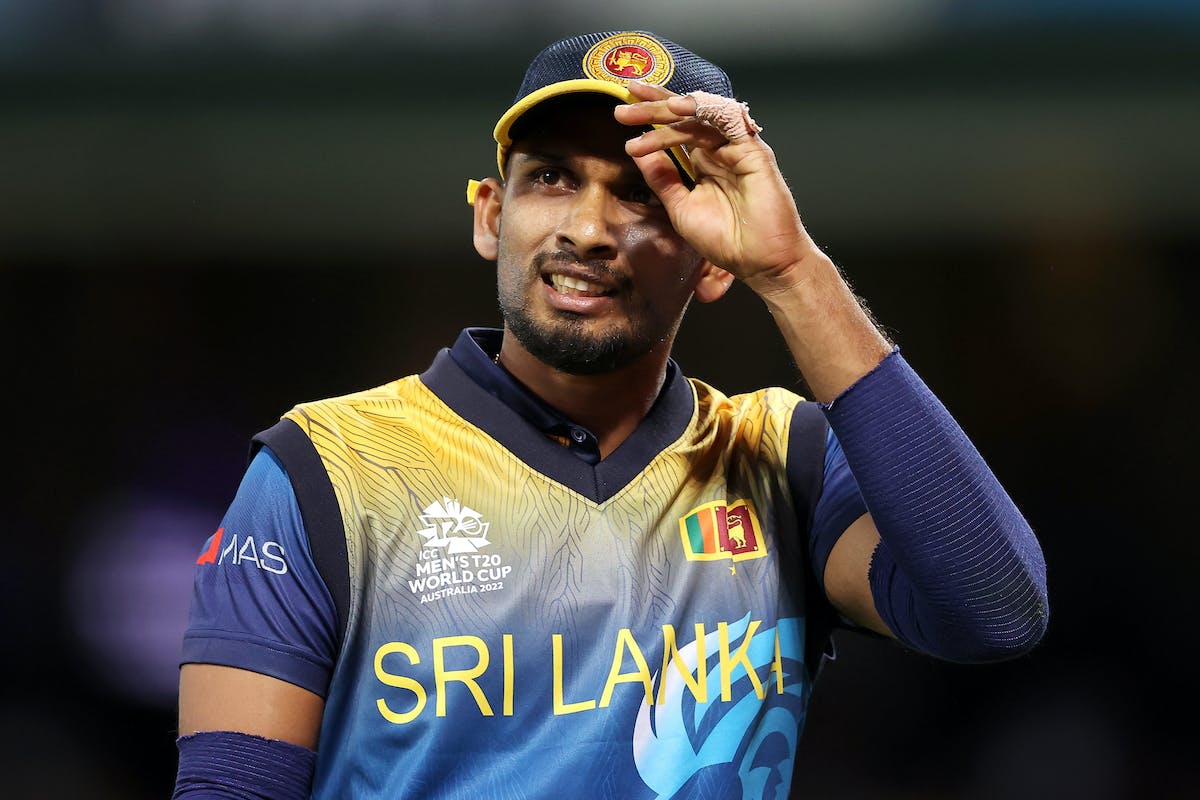 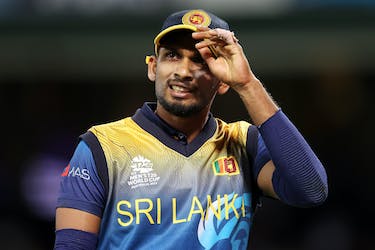 Dropped catches proved to be a game-changer: Shanaka

Shanaka also rued his side’s dismal showing with the bat

Sri Lanka skipper Dasun Shanaka rued his side’s efforts on the field against New Zealand at the Sydney Cricket Ground on Saturday and admitted the catches his side put down proved to be a huge game-changer.

The Lankans had the Kiwis in all sorts at 15/3, and had the chance to dismiss Glenn Phillips and make it 29/4 in the seventh over. However, Pathum Nissanka at long-off would go on to put down an absolute dolly.

Six overs later, Phillip would go on to be put down again while batting on 45, this time by the skipper himself, Shanaka.

Unsurprisingly, the twin drops came back to bite Sri Lanka as Phillips went on to score 104. His efforts propelled the Kiwis to 167 and on the night, that proved to be way too much for Sri Lanka.

Shanaka, at the same time, also rued his side’s dismal showing with the bat and termed Sri Lanka’s performance on Saturday ‘the worst we've played with the bat.’ 167 was perhaps 15-20 runs above par on a slow Sydney wicket, but a shocking performance saw Sri Lanka get rolled over for 102. Barring Shanaka and Rajapaksa, no other batter astonishingly got to double digits.

“Yet again, we didn't bat well upfront. We know that on these wickets, it's tough. The first two overs are going to be the toughest two overs.

"We were three down after two. So it's never going to help us when we're chasing 160. It was always about playing straight against a moving ball. We were not good in this game. I think it was the worst we've played with the bat.”

Sri Lanka have shot themselves in the foot with the implosion on Saturday, with their qualification chances taking a beating, but Shanaka continued to remain optimistic about his side’s chances of making it to the semis.

“What we need to do is to regroup in the next game. We have bounced back in the past, especially this young team. They have gone through a lot of hard times. So I think we still can bounce back from this situation and manage to get to the semis."