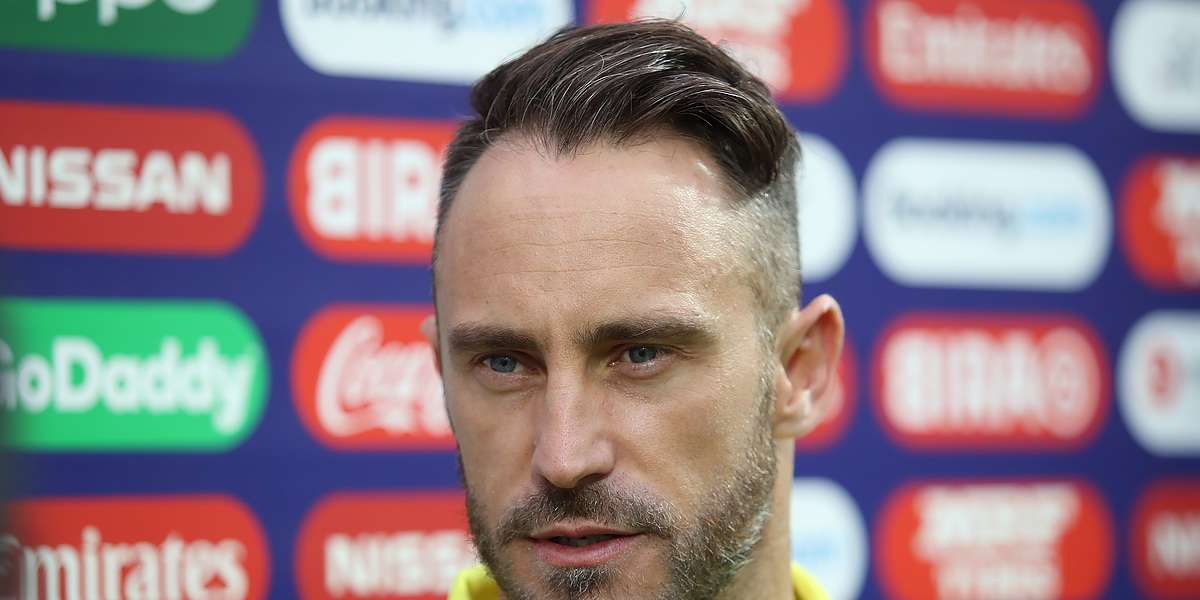 Former South Africa skipper Faf du Plessis said quarantining players for two weeks before and after the Twenty20 World Cup could allow it to take place in Australia this year despite the coronavirus pandemic.

The tournament is due to be played in October-November but there is uncertainty after the cancellation of other major sporting events. Some countries have also grounded international flights.

"I read that travelling is going to be an issue for lots of countries," du Plessis said during a live conversation on Facebook with Bangladeshi opener Tamim Iqbal.

"Obviously Australia is not affected like other countries, but to get people from Bangladesh, South Africa or India where there is more danger with the virus, obviously it's a health risk to them.

The game's governing body, the International Cricket Council, postponed qualifiers for next year's women's World Cup and the 2022 Under-19 World Cup.

Both were due to be held in July.

The ICC said in April that planning for the Twenty20 World Cup was still going ahead as scheduled.

"I've never been that much broken about a cricket match," he said.

"That game specifically I have never seen so many grown men absolutely broken. Like half the team was crying and you know South Africans, we act like we are hard guys."

Mahendra Singh Dhoni is an unconventional and unique leader, whose biggest strength is his incredible gut feeling, says  du Plessis.

The former South Africa skipper has spent considerable time with Dhoni after joining the Indian Premier league (IPL) side in 2011 and has been an integral part of its successful journey.

"He reads the others player really well and he uses that to make instinctive decisions on the field. He's got an incredible gut feeling on the game and I think that's his biggest strength," du Plessis said.

The 35-year-old said Dhoni changed his perception of how a captain should be.

"It was amazing for me to see how different MS was as a captain. I used to think a captain must speak all the time in team meetings etc but MS was completely different.

"He doesn't believe a lot in team meetings. He's a very instinctive captain he's got such a good cricket brain that he relies on it to make the right decisions on the field," du Plessis said of the former India skipper.

Dhoni last played for India in World Cup semi-final last year and was expected to be back to playing competitive cricket at now-postponed IPL.

Calling Dhoni the best finisher he has played with, Du Plessis said no one can emulate what the dasher from Ranchi can do with the bat.

"He's extremely calm. I haven't played with someone who is a better finisher than him. It's just remarkable to watch him from the side of the field."

"If someone else tries to do it like him they won't be able to. He's just so unique like he times the ball so late he's got an incredible calmness. He knows his game and he picks a bowler and goes for it."

Du Plessis said that playing for CSK alongside Dhoni and under the guidance head coach Stephen Fleming has taught him a lot about leadership.

"I'm lucky to have started my journey there at CSK because I have really learned a lot from a leadership point of view. I tried to learn as much as possible from Dhoni and Stephen Fleming because both are great captains."