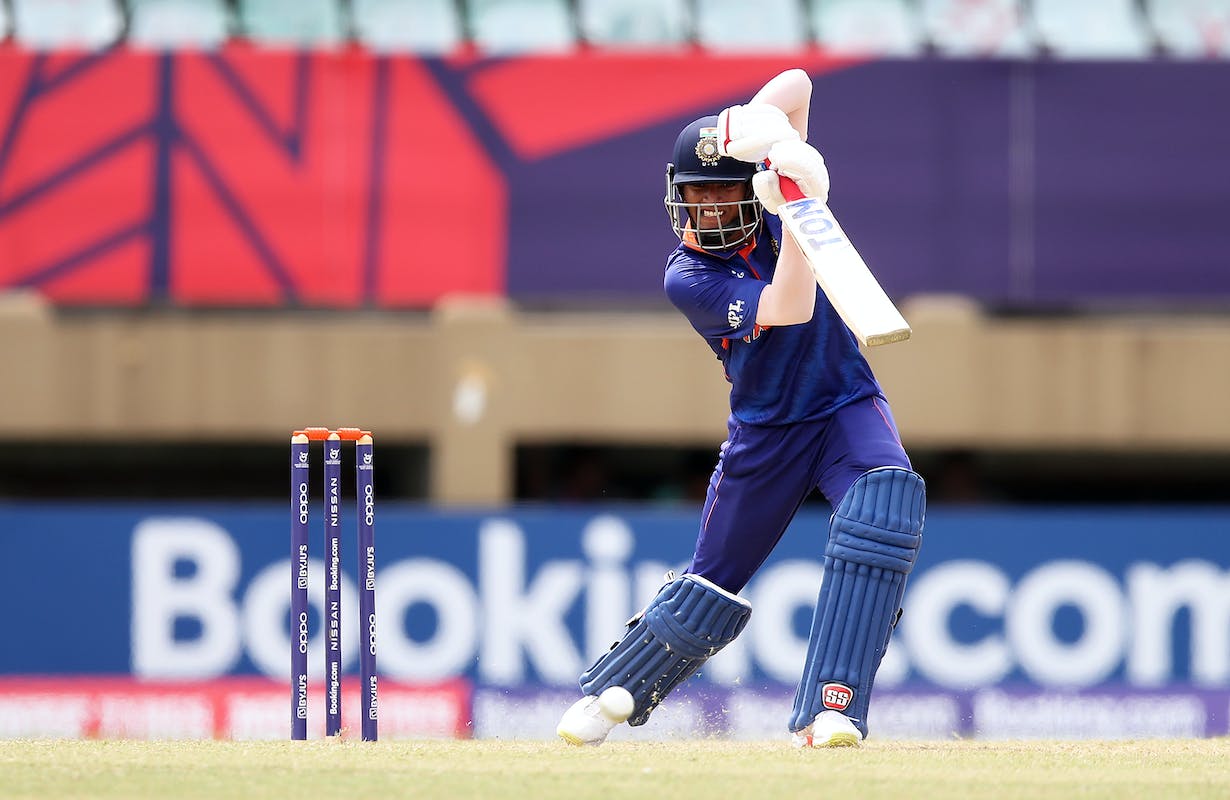 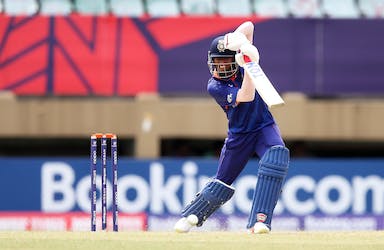 In the other quarter-final, Ajinkya Rahane-led West Zone managed to restrict North East Zone to 235 all out

Under-19 World Cup winning captain Yash Dhull hit a superb 193 (28 x4, 2x6) to power North Zone to 433/3 in their first innings at stumps on day three of the Duleep Trophy quarter-final against East Zone in Puducherry on Saturday.

Dhull's batting heroics put North Zone in command as they lead by 36 runs with seven wickets in hand. After a splendid Ranji Trophy debut for Delhi with twin hundreds against Tamil Nadu, Dhull made his maiden appearance in the Duleep Trophy a memorable one.

The 19-year old, who faced 243 balls in his innings, reached his ton in 131 balls with 15 hits to the fence with the team score reading 174 for 1. He added 128 runs with Manan Vohra (44) for the first wicket before Shahbaz Nadeem dismissed the latter.

Dhull then added 192 runs with Dhruv Shorey (81, 9x4) for the second wicket to bring North closer to the East Zone's first innings score of 397. After Dhull was bowled by Manishankar Mura Singh for a marathon 193, Shorey and captain Mandeep Singh (34 batting) shared a 28-run stand.

In Chennai, the formidable West Zone bowlers faced unexpected resistance from the North East Zone batters before dismissing them for 235 in 81.5 overs to secure a massive 367-run first innings lead on the third day of the other quarterfinal.

Ankur Malik hit a quickfire 81 while skipper Hokaito Zhimoni and Ashish Thapa made useful contributions to defy the West team, which would have hoped to make short work of their opponents.

West declared at the overnight score of 590 for 2 and the weak North East batting line-up slipped to 20 for 4 quickly as the experienced Jaidev Unadkat (3-35) and Chintan Gaja (4-38) got down to work.

Unadkat set the ball rolling by dismissing Kishan Lyndoh (2). He had Mohammed Al Bashid caught by Het Patel for a duck off the next delivery but Jonathan Rongsen prevented him from getting a hat-trick.

Jonathan fell a couple of overs later to Gaja and Doria was caught by Ajinkya Rahane off Undakat to leave North East struggling at 20/4.

Skipper Zhimoni (32) and Thapa (43) resisted the West Zone attack for more than 30 overs with focus on survival rather than scoring. Zhimoni's stonewalling effort -- lasting 154 balls and 62-run stand with Thapa -- ensured that the West bowlers were made to work hard for wickets.

Thapa succumbed to medium-pacer Atit Sheth (2-51) as West managed to break the stand. Dippu Sangma (2) did not last long but Ankur Malik (81), who walked in at No.8, was in no mood to defend. He took the attack to the West Zone bowlers and hammered 13 boundaries.

Malik took a particular liking to bowling of spinner Shams Mulani and smacked him for seven boundaries. His aggression meant that North East went past the 200-run mark. He fell 19 runs short of a ton when Gaja castled him.

West chose to bat a second time despite having taken a mammoth lead with a day's play remaining. Earlier, West had amassed 590 for 2 riding on double centuries from Rahane and Yashasvi Jaiswal and a ton from Prithvi Shaw.