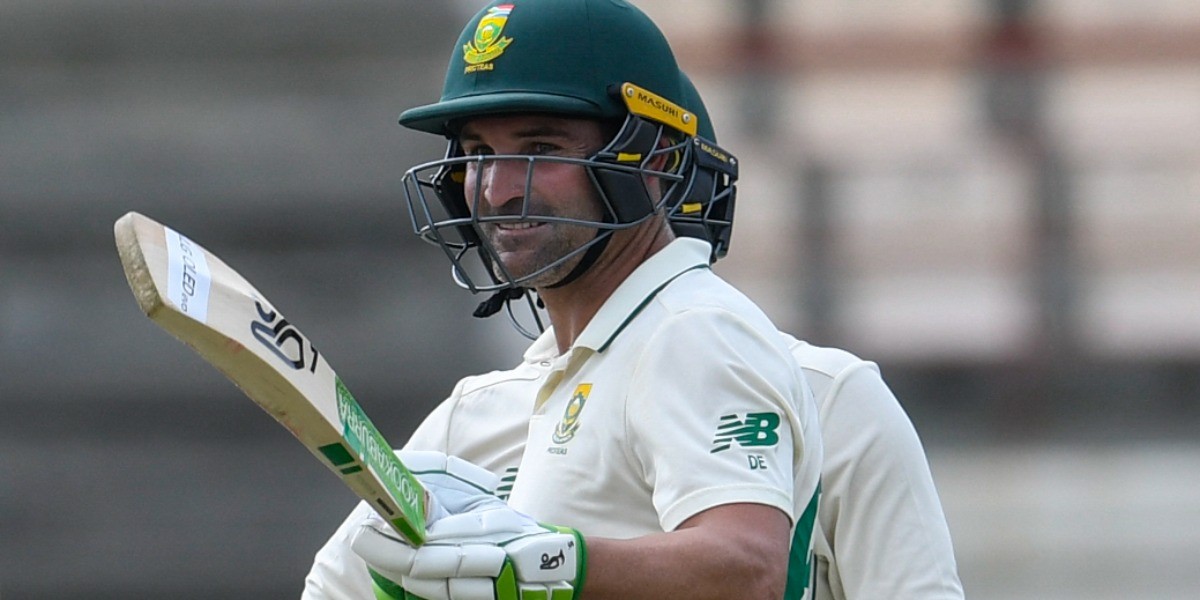 Dean Elgar's five-hour occupation of the crease in compiling an invaluable 77 lifted South Africa from the depths 37 for 3 to the comparative comfort of 218 for 5 on the opening day of the second Test against West Indies on Friday.

Elgar’s disciplined knock of 77, which spanned 237 deliveries and included eight fours, was exactly what was required of the Proteas captain. He had seen three wickets go down in a rain-interrupted morning session under grey skies and on a seaming pitch where the early moisture contributed to the ball beating the bat on numerous occasions.

His watchful style contrasted sharply with the manner of the other left-hander in the tourists' batting line-up with Quinton de Kock following on Test-best unbeaten 141 in the first Test with a similarly positive knock of 59 not out off 103 balls.

Their partnership for the fifth wicket realised 79 runs and ended when Elgar was deceived and bowled by the clever medium-pace of all-rounder Kyle Mayers in the last hour of the day. South Africa's skipper had earlier received sturdy support from Kyle Verreynne in a fourth-wicket stand worth 87.

Having missed out on a score of note in his debut innings a week earlier, Verreyne doubled down with his effort as West Indies bowlers stuck to their plan of attack on a brighter afternoon.

However, they were thwarted by the compact right-hander who eventually fell in the final over before tea for 27, getting a faint touch to an attempted hook off Shannon Gabriel for wicketkeeper Joshua da Silva to take the catch down the leg-side.

Heavily criticised after choosing to bat first on a seaming pitch in the first Test at the same venue, home captain Kraigg Brathwaite did not hesitate to bowl first on winning the toss again.

It proved justified with Gabriel, who missed the first Test through injury, relative newcomer Jayden Seales and senior seamer Kemar Roach taking a wicket each. Gabriel had laboured through two Tests for just one wicket against Sri Lanka in the previous series three months earlier on placid pitches in Antigua.

But he enjoyed immediate success here with Aiden Markram slashing at a short, wide delivery before he had scored to give Roston Chase a comfortable catch at backward point.

Keegan Petersen attempted to settle down in partnership with Elgar but then edged a full-length delivery from Seales for former captain Jason Holder to snare the catch at second slip. Rassie van der Dussen struggled to get bat on ball and then fell to his own error of judgement, offering no shot to Roach only for his off-stump to be knocked back.

South Africa retained the same team which thrashed the home side by an innings and 63 runs inside three days in the first Test. However, West Indies drafted in Gabriel in place of specialist off-spinner Rahkeem Cornwall.

West Indies must win this match to avoid an eighth consecutive Test series defeat to the Proteas since pulling off a victory in their historic first-ever Test match encounter, a one-off meeting in Barbados in 1992.