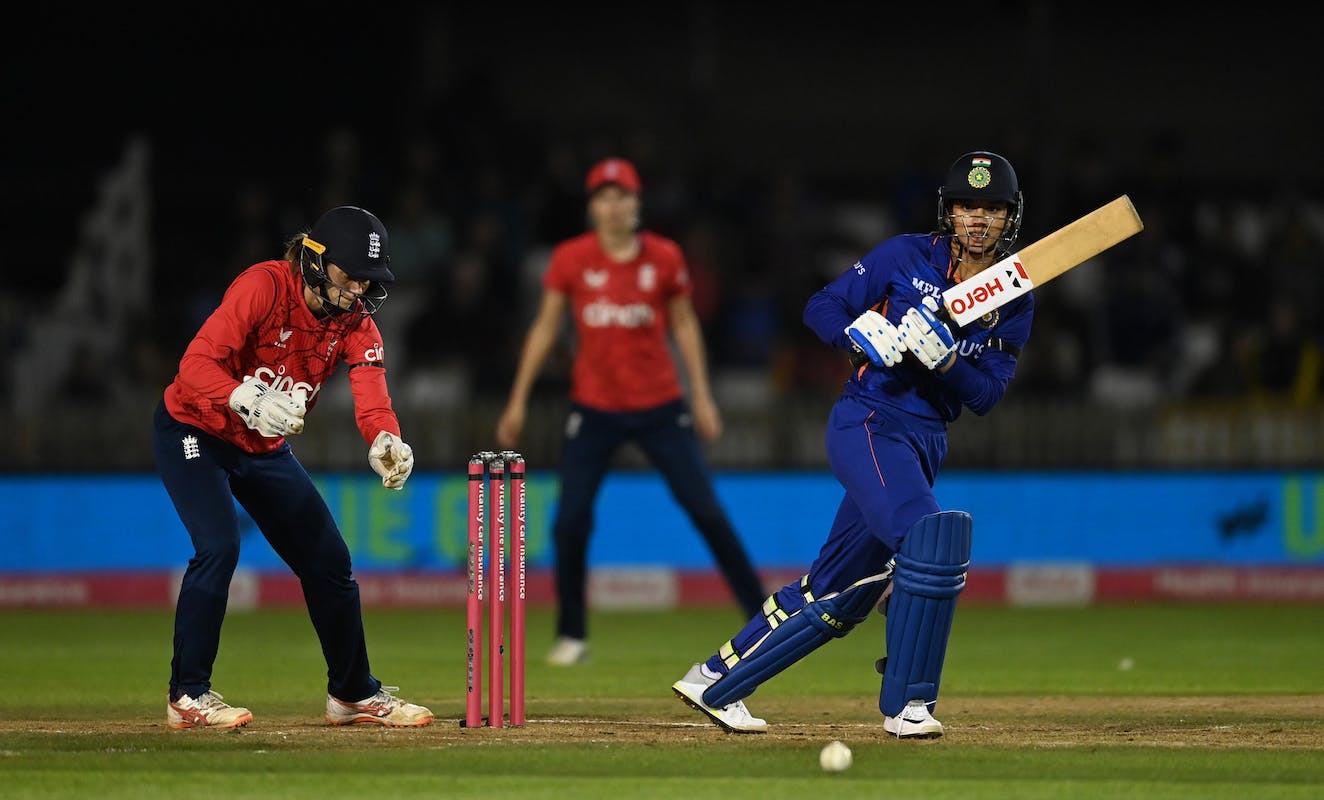 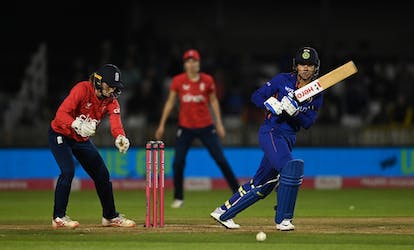 England's top-order batter Sophia Dunkley admitted that it is important for her team to get the wicket of India opener Smriti Mandhana if they are to win the second ODI at Canterbury on Wednesday.

England are trailing the three-match ODI series 0-1 after Mandhana's classy 91 set up India's seven-wicket win in the first ODI at Hove.

"Smriti is obviously a very, very good and experienced player and the weaknesses are quite limited but I think we've done really well in our analysing chats to know where we want to bowl, so I think if we execute that it's, 'see what she can come back with'," Dunkley said.

Set a target of 228, India were anchored by Mandhana's innings while skipper Harmanpreet Kaur (74 not out) and Yastika Bhatia (50) helped them chase it down 44.2 overs.

"The other day we just weren't probably at our best with bat or ball so it's just little things that we need to rectify, to get on top and go again tomorrow," Dunkley said.

"They've got some experienced players all the way down, so it just depends really on the day what we're coming up against, but Smriti and Harman batted extremely well the other day and really took us out of the game so they're definitely key wickets for us," she added.

"The next two games for us are must-win games if we want to win the series. It would be great if we could set it up to be a series decider at Lord's and make it a really great occasion... Lisa's last game and Tammy's 100th game as well," Dunkley said.

The 24-year old also felt that England need to careful while facing Goswami and the left-arm spin of Rajeshwari Gayakwad.

"Gayakwad and Goswami are very experienced bowlers and they bowled very well against us in the in the first ODI for sure. We had a fairly successful T20 series and the ODI format's slightly different, so I think it's looking at the plans we've got to combat that, and how we're going to come back in the next game," she said.

Dunkley, who established herself as England's first-choice opener in T20Is, will be batting in the key No.3 position in ODIs.

"It's really exciting. It's where I want to be in both those formats and just a great opportunity going forward to take a bit of responsibility with the bat and try and impact our game for England going forward," she said.