“EUREKA”, screamed Archimedes when he found out that the volume of irregular objects can be measured with precision - a phenomenon that was later coined as Archimedes principle. On Sunday, at The Oval, the England team had their Eureka moment when they were finally able to trump Steve Smith without letting him raise his bat in an innings this series.

Ben Stokes was placed at the leg-slip and Smith fell into the trap with Stuart Broad persistently keeping the ball around his rib-cage. The former Australian captain tried to work one such delivery round the corner but could not avoid the diving Stokes who snaffled up the first opportunity Smith had provided in the innings.

That was the defining moment of the day’s play. David Warner was dismissed by Stuart Broad for the seventh time in the series and Matthew Wade became the first centurion of the Test on either side of Smith’s dismissal but everything seemed blurred out around the significance of that one moment.

Australia, however, started positively earlier in the day. The bowlers did not take long in bundling out England’s innings. The second over of the day saw Tim Paine, who had a nightmare with the review system, challenged the on-field umpire’s decision when none of his teammates were convinced. The Aussie skipper took a sigh of relief when the replays showed the ball brushing Jofra Archer’s gloves. Stuart Broad, England’s new number 11, stretched England’s lead to 398 by depositing Pat Cummins twice into the stands over the mid-wicket before Jack Leach perished in a failed attempt to follow Broad’s script against Nathan Lyon.

England had set Australia a target of 399. The batting patterns in the series suggested the total was beyond the visitors’ reach but the true nature of pitch gave them a glimmer of hope. A hope that rested heavily on their batting mainstays, Steve Smith and Marnus Labuschagne. It did not take long for them to find themselves in the middle as Broad, for the nth time in the series, took care of the opponent’s openers, dismissing both Marcus Harris and David Warner in his first spell. 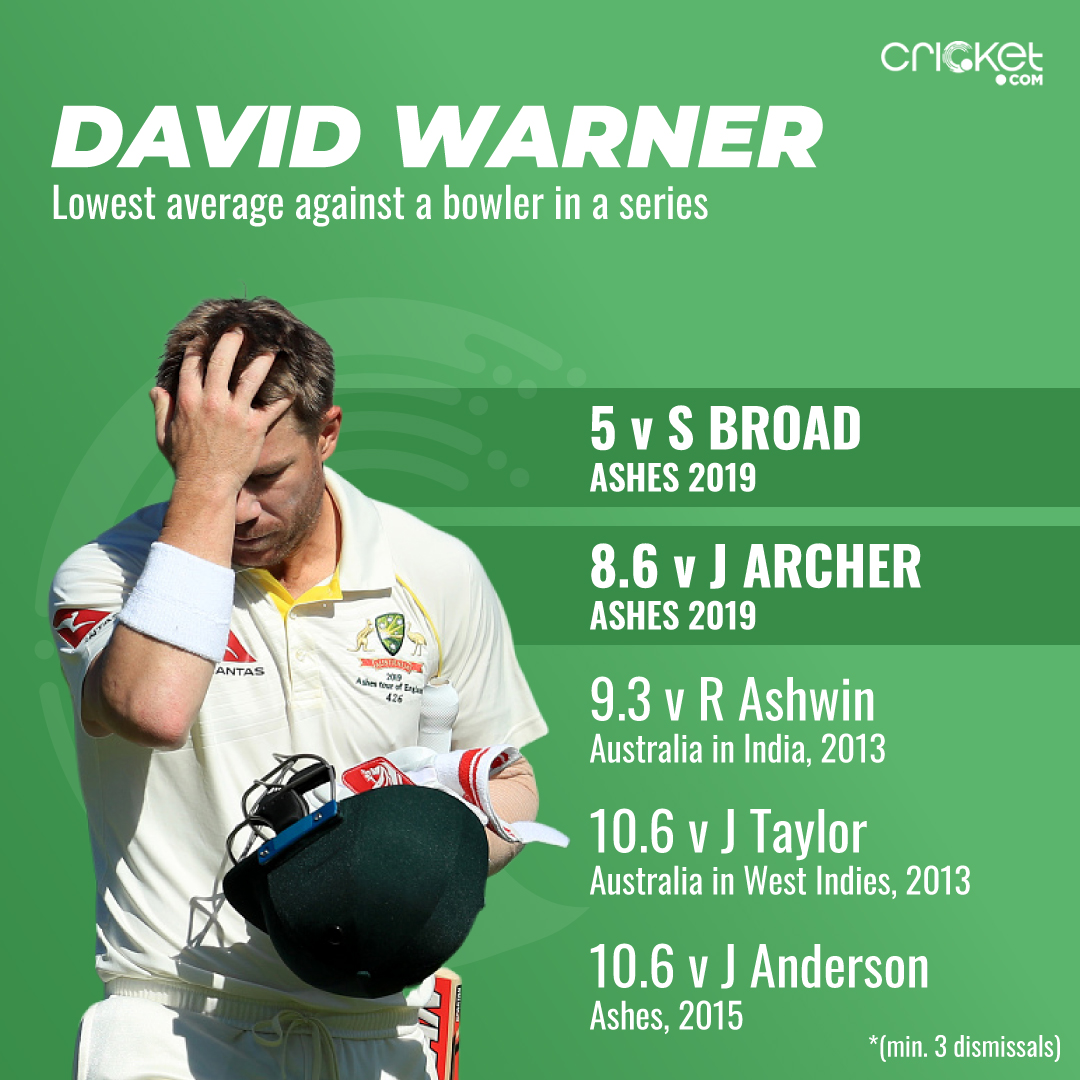 Both Labuschagne and Smith appeared unflustered, as they have throughout the series, but the former got himself stumped, a bizarre dismissal given the circumstances, losing his balance trying to defend a Jack Leach delivery which drifted away from him.

Exactly 10 overs later, England found their golden-ticket when the aforementioned ploy against Steve Smith worked like a wonder. It’s a ploy England would rue not using more consistently against Smith, especially after the world had witnessed New Zealand pull it off successfully in the World Cup a few months ago. At Edgbaston, England employed a leg slip against Smith for just one ball. At Lord’s, the leg slip was there for a few more delivery but at Oval, it paid off. The fact that Smith was beaten off the inside edge of his bat to be trapped lbw in the first innings - another tame dismissal by his standards - speaks volumes that this was not supposed to be his game, which not surprisingly, also meant that this was never Australia’s game.

A few players still had a lot to play for. Mitchell Marsh did take a five-wicket haul earlier in the Test match but he was yet to prove his worth as a Test batsman. Matthew Wade’s hundred in the Edgbaston Test felt like a distant memory. Both of them batted fluently to add 63 runs for the fifth wicket. They batted together for 17 overs, the longest partnership Australia had in the innings vouching for the amiable batting conditions. In fact, the innings saw the lowest false shot percentage for Australia in an innings in Ashes 2019.

It needed Joe Root to bring himself into the attack bowling from around the wicket angle to exploit the rough outside Marsh’s leg stump which led to his departure - a straightforward catch to Jos Buttler at short-leg.

With half a side gone for 148 and scanty hopes of a victory or even a draw, Matthew Wade refused to give up. Out to Leach twice in the series before, he countered the threat of pace and bounce from the left-arm spinner by constantly dancing down the track. Wade had come down the track only nine times against the spinners in the previous eight innings in the series. This innings, he charged down on 29 deliveries. He eventually missed one, from Joe Root, to be stumped by Jonny Bairstow but by then, he had scored a gutsy 117, saving his career for the second time in the series.

His stupendous knock also saw him up against his Hobart Hurricanes’ teammate, Jofra Archer who turned up with a fusillade of short balls against him. A grumpy Archer bowled his fastest spell of the match post tea, clocking an average speed of 142.3 kmph which included a majority of short balls, a mouthful of words and some cold stares but could not find a way to get past the left-handed batsman’s grit.

Both Tim Paine and Pat Cummins spent around an hour at the crease and once Wade was stumped, it was only a matter of whether Australia can postpone their defeat to the scheduled last day of the Test. Leach, who ended with a four-wicket haul removed Nathan Lyon and Josh Hazlewood off successive deliveries - both of whom were caught by Joe Root - a straightforward catch followed by a one-handed stunner to complete a series-levelling victory.

The highest fourth innings total chased at The Oval dates back to 1902 when England chased down 263 against Australia. Co-incidentally, the Aussies stumbled to the same total, only that it was not in a winning cause, but in a 135-run defeat.

After a tied World Cup final, the Ashes is drawn 2-2. In the presentation ceremony, Jofra Archer was adjudged the man of the match for picking 6 for 62 in the first innings which left a lasting impression in the match. Steve Smith and Ben Stokes, deservingly wore the man-of-the-series medals. Tim Paine admitted to his mistake of putting England in to bat first after winning the toss. Australia, though, were happy to retain the urn in a hard-fought Test series that came right after a long World Cup campaign for them. 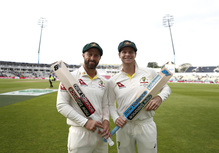