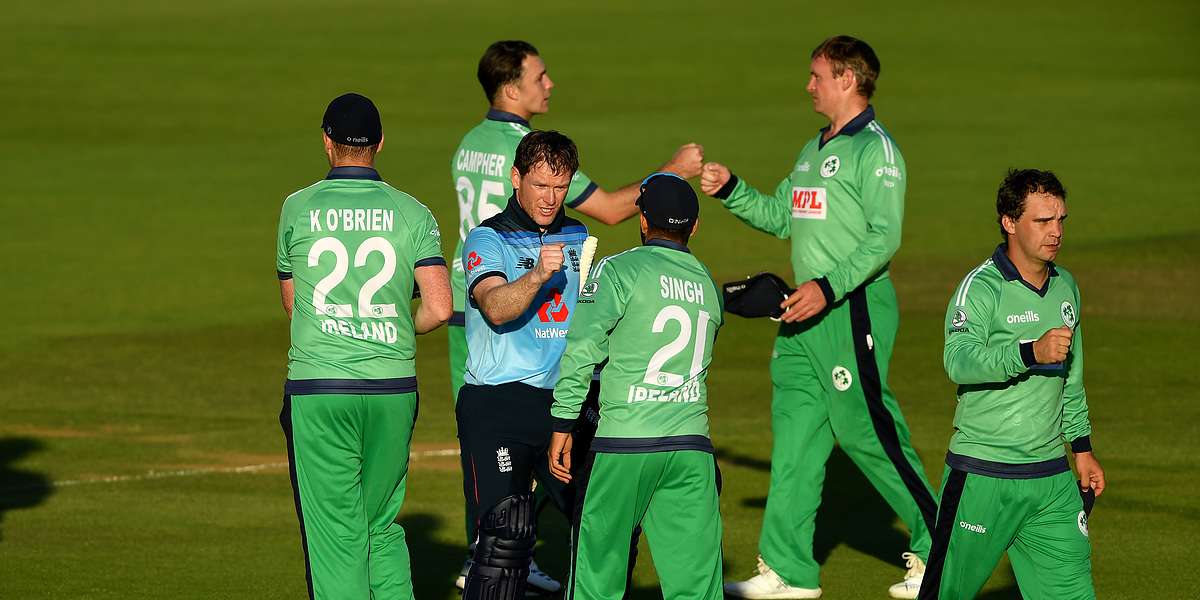 England may have taken a 1-0 lead in the three-match series against Ireland, but there were a few cracks exposed in their batting. Eoin Morgan pointed out that this series will help him identify a few middle-order candidates in the absence of some big guns like Jos Buttler, Ben Stokes and Joe Root. While James Vince, Tom Banton and Sam Billings were given a go, it was Billings who grabbed the opportunity with both hands, played his natural game coming in at No. 5 and his unbeaten 54-ball 67 was good enough to take England over the line despite being reduced to 78 for 4, chasing 173.

It was a great day for the bowlers, especially David Willey, who upon his return to the national side, made his presence felt with a superb five-wicket haul – his first for England. His ability to swing the was on full display as the Irish batsmen struggled to cope with his pace and bounce – so much so that he picked up four out of the first five wickets to fall – reducing the visitors to 28 for 5 in just the seventh over of the match.

Saqib Mahmood, Tom Curran, Adil Rashid and Moeen Ali too played their respective parts in the game and despite a valiant unbeaten 59 from debutant Curtis Campher – playing just his second List A game – and a fighting 40 down the order from Andy McBrine, England never looked to be in any sort of trouble. However, they were given a small scare when they lost four wickets inside 14 overs of their chase, but their experience turned out to be the difference as they romped home comfortably.

With Jofra Archer, Chris Woakes, and Mark Wood missing from the bowling department, it gives the quicks a great opportunity to cause a headache for the selectors the next series with such impressive performances.

This series holds a greater significance for Ireland, who are aiming at a strong comeback as they look to stake claim for a place in the 2023 World Cup. If not the series, Ireland will have to win as many matches as possible to finish in the top eight on the points table and get a direct qualification to the World Cup, which makes every win in the ICC World Cup Super League – which this series is a part of – all the more important.

Just like in the first ODI, the weather in Southampton is likely to hold up on Saturday and there shouldn’t be any interruptions due to rain. The ball came on to the bat quite nicely and the challenge for the batsmen would be to play out the initial overs quietly, after which batting will certainly get a lot easier.

Fast bowler Barry McCarthy pulled up after bowling just five deliveries on Thursday and he might not be available for the crucial second game. Ireland have the likes of Boyd Rankin and Joshua Little to fill his shoes. Also, with the series on the line, it might not be a bad idea to go for the experience of former captain William Porterfield replacing Gareth Delany at the top.

Ireland have an option to further dig into their squad with the likes of fast bowler Mark Adair, experienced spinner George Dockrell and also Gary Wilson, a veteran of 105 ODIs, also available for selection.

England on the other hand need not make any alterations to their XI unless they want to rotate one or two players. One such option could be to bring Reece Topley – who last played for England in 2016 – into the side in place of either Curran or Mahmood. While Mahmood bowled exceedingly well in the first game, finishing with 1 for 36 from nine overs, Curran took the brunt of some late hitting as he picked up 1 for 37 from 7 overs.

As far as the top three consisting of Jonny Bairstow, Jason Roy and James Vince go, England could have been tempted to bring in Joe Denly for one of them, but he has been ruled out due to back spasms. Laim Livingstone comes in as replacement, but he may have to warm the bench for this tie.