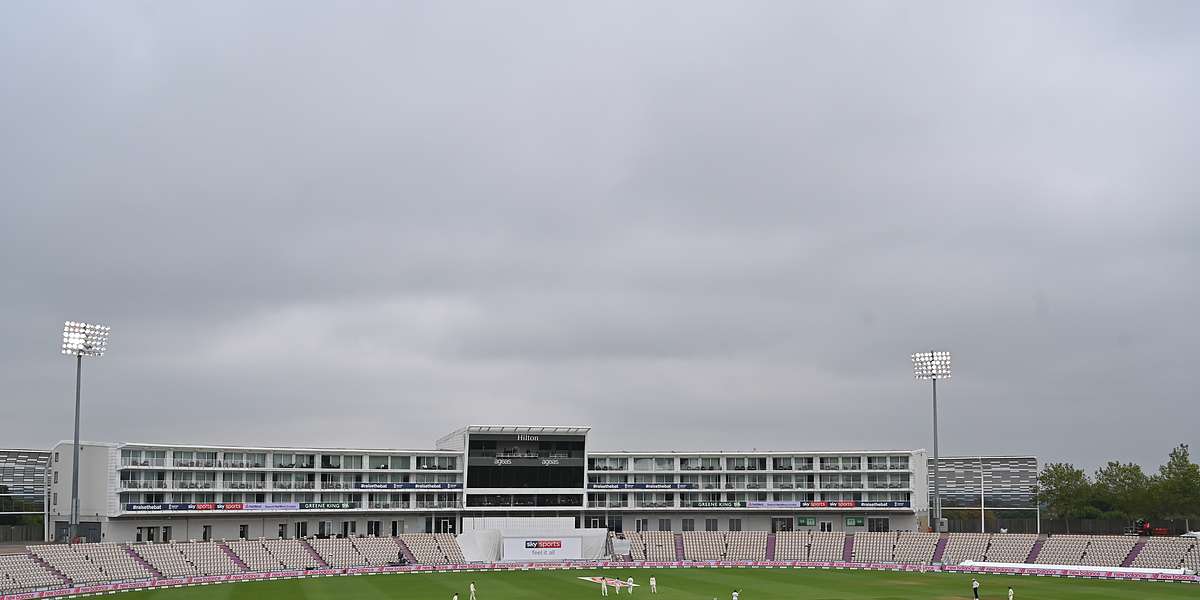 Pakistan were in a spot of bother at 120 for 5 in the second Test, but thanks to a belligerent 72 from wicketkeeper Mohammad Rizwan, they scored nearly twice the runs for the final five wickets to finish with a respectable score in the end. England were reduced to 110 for 4 from 92 for 1 before the captains decided to call it a draw.

Under 135 overs were possible in the second Test at the Rose Bowl, Southampton and we could very well have a similar scenario when the teams take the field for the third Test at the same venue on Friday (August 21). Two out of the five days at least are going to be interrupted by rain and to further add to their woes, poor light could also eat away huge chunks of the day.

That could in a way work out in England’s favour as a draw would see them win the series, which would be their first one against these opponents since the Andrew Strauss-led side won the series 3-1 back in 2010. However, that series is more famous for the spot-fixing episode that led to the ban of Mohammad Asif, Mohammad Amir and the then Pakistan captain Salman Butt.

It will be up to Pakistan to force a result and continue their unbeaten streak against England.

Their batsmen will have to contend with some quality England bowlers, none more so than Stuart Broad. Broad had expressed his disappointment in missing out the first Test against West Indies in July and since his return, has been utterly dominant, having picked up 26 wickets at 12.38.  He has received excellent support at the other end, mainly from Chris Woakes, who in the same period has 16 wickets at 18.25.

As far as the Pakistan bowling attack is concerned, their pace trio of Shaheen Afridi, Mohammad Abbas and tearaway Naseem Shah have shared 10 wickets between them this series, while leg-spinner Yasir Shah has picked up nine himself. Abbas especially has been at the top of his game. His record of 15 scalps at 15.93 in England is nothing short of impressive. His line and length have been immaculate and his medium-pacers could come in handy once again.

As far as the batting is concerned, barring the 156 at Old Trafford, Shan Masood has not been up to the mark. Following the century, he has registered scores of 0 and 1 in his next two innings and Pakistan need another big innings from him. Given that the series is on the line, it is also time for senior pros like Azhar Ali and Asad Shafiq to step up and churn out some runs. Azhar has had a horrendous record in away Tests since the start of 2018, having scored just 232 runs at 12.21 in 10 Tests. Shafiq – a veteran of 76 Tests – came to England on the back of three continuous fifties, but with scores of 7, 29 and 5, he too has not done his side any favours.

The duo have played 72 Tests together, forging 9,767 runs at 40.69, which included as many as 27 centuries and 51 fifties. They will have to play a pivotal role if Pakistan are to draw level…weather permitting of course.

Fawad Alam who had to wait 10 years to add to his Test tally, lasted just four balls on his return. Former England captain Michael Vaughan has suggested that the southpaw be replaced with Shadab Khan. The latter would give Pakistan an extra spin option as the curators would not have had the time to prepare a new pitch due to the bad weather and as a result, could use the same track they used in the second Test, where there was some turn on offer. If that’s the case, Pakistan could consider doing so, but no doubt, it would be harsh on Fawad.

Vaughan was also not particularly impressed with Naseem in the second Test, but the fast bowler is likely to hang on to his place as England have found it hard to cope with his pace at times. The track at the Rose Bowl has traditionally favoured the pacers, more so in the last three Tests, where the fast bowlers have accounted for close to 81 per cent of the wickets.

England’s top-order is a cause for concern. They have found themselves at about 100 for 5 in all three innings in this series and it is their lower-order and their fast bowlers who have dug them out. While the loss of Ben Stokes is a huge blow for England, the inclusion of Zak Crawley in the previous Test allowed Joe Root to return to his preferred No. 4 spot, which could bode well for him and the team in this game. Their openers Rory Burns and Dom Sibley have struggled to see off the new ball and need to show more grit and determination to do so and make it easier for the batsmen to follow.

Sam Curran came into the side in place of Jofra Archer in the previous Test. Other than Archer, England have the option of bringing in Mark Wood and the uncapped Ollie Robinson for this match. If England do make a change in the fast bowling department, it will be Archer, who will most likely get the nod, but that would make them a tad weaker on the batting front. Will be interesting to see if England do take that gamble.