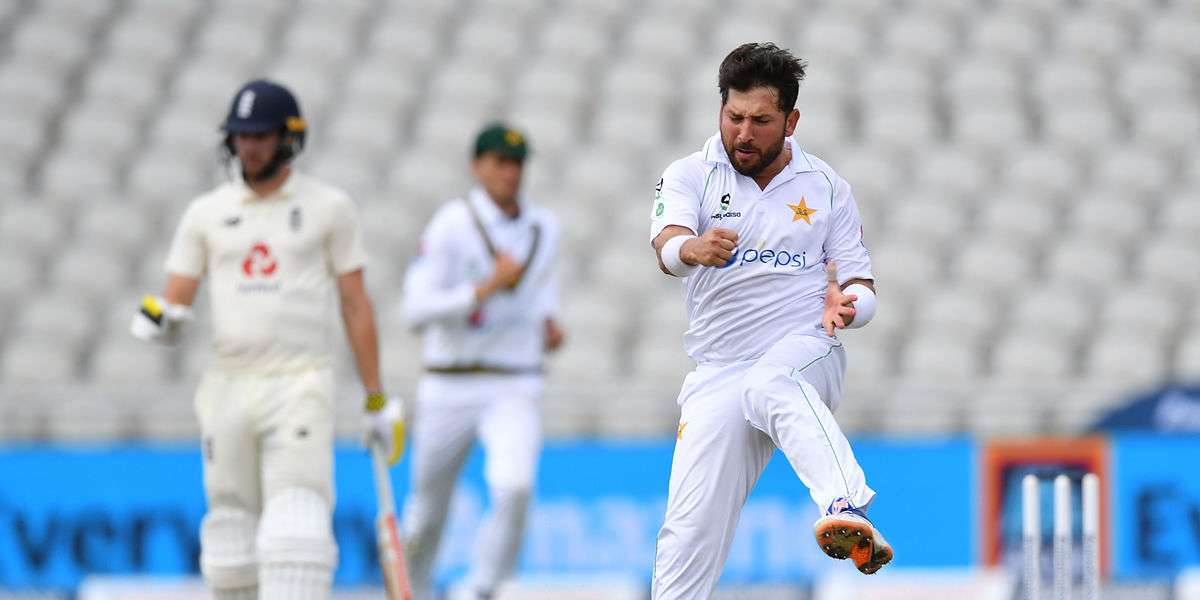 Here are a few tips and tricks that might help you in creating your fantasy team for the third Test between England and Pakistan, in Southampton

After a riveting first Test at Old Trafford, Manchester, the second Test turned out to be an anti-climax with well under two days of action happening due to the stubborn English weather. The action now shifts to the third Test between England and Pakistan at the Ageas Bowl, Southampton. England lead the series 1-0 and there’s all to play for in the final Test for both teams. 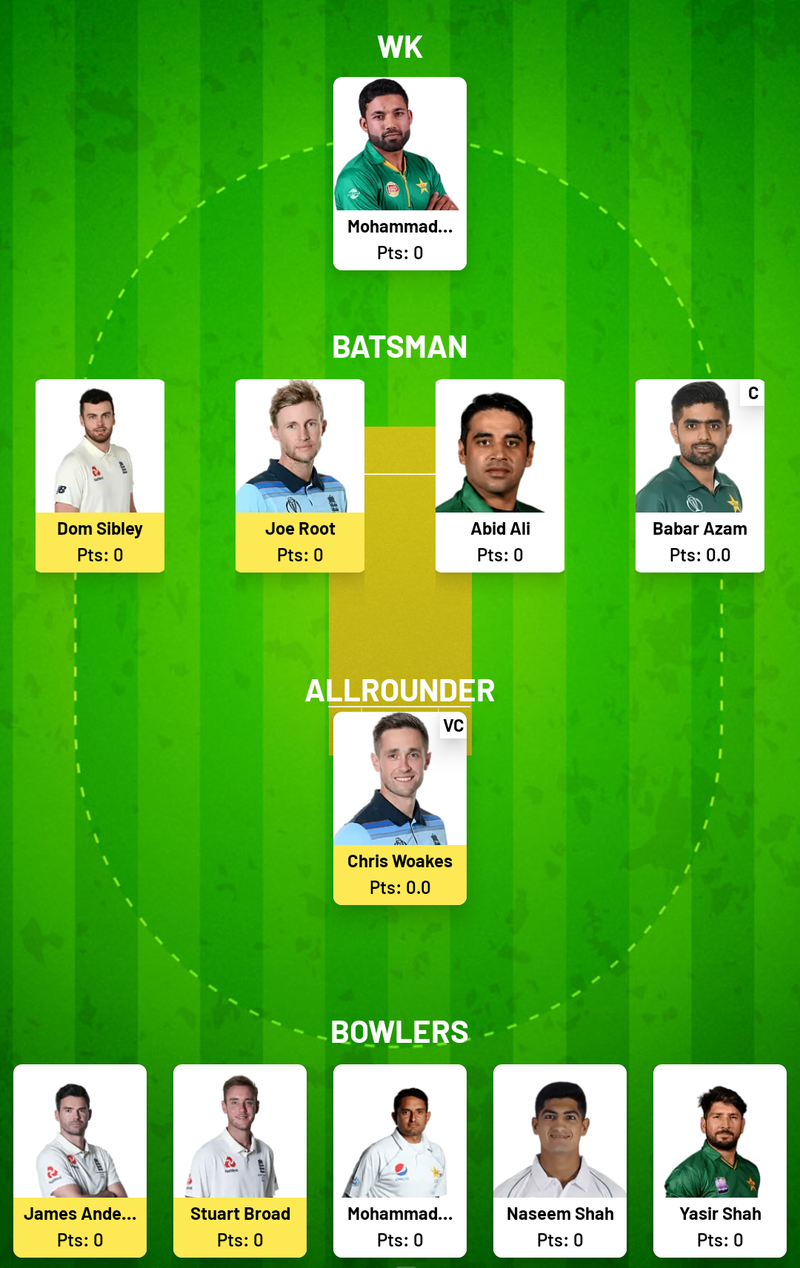 While you could go for the above team, or pick your own team, Cricket.com's Fantasy Research Centre based on algorithms have come up with six different teams that could help you fetch crucial points. 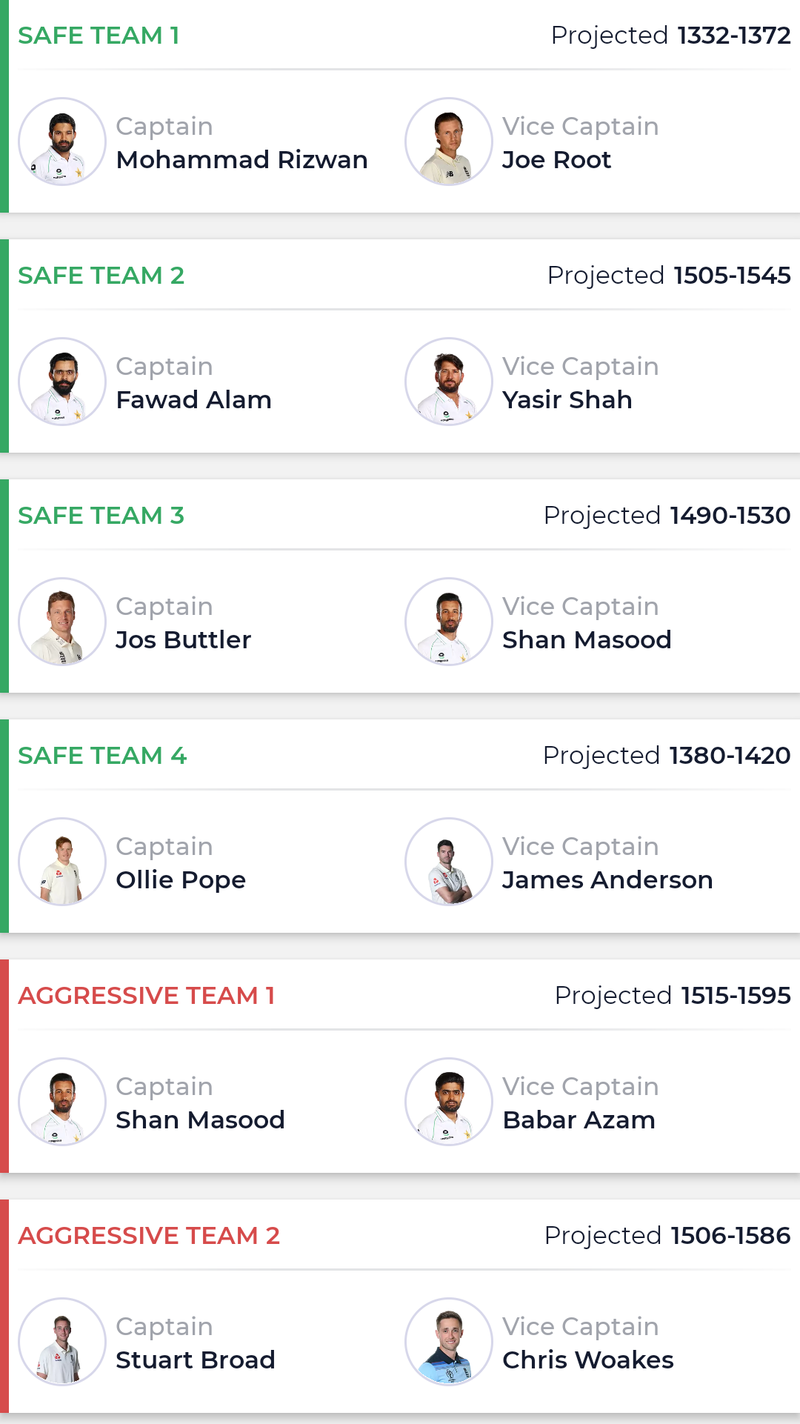 It has been a busy summer for Southampton, who have hosted as many as five international matches in 20 days or so. The surface here has largely been a sporting one having something in it for both batsmen and bowlers.

In the three Tests played at this venue since 2018, the bowlers have struck once every 53.8 deliveries with the batsmen accumulating 26.2 runs per wicket. These are both relatively middling numbers when compared to the rest of the venues in England.

It was bit of a let-down especially after the way the first Test at Old Trafford panned out as less than 135 overs were bowled in the second Test. However, weather permitting, both England and Pakistan have enough strength in their armouries to force a result.

Speaking of the weather, rain is expected to play a part in three out of the five days. We could very well be in for another frustrating five days of Test cricket.

While pacers have been dominant at the Ageas Bowl, the spinners too could have a minor role to play. Which is why Pakistan did the right thing by bringing in an extra batsman for Shadab Khan in the previous Test.

In Tests here since 2018, the pacers have picked up 80.5% of the wickets striking once every 54.1 deliveries, while the spinners have struck every 62.1 balls. 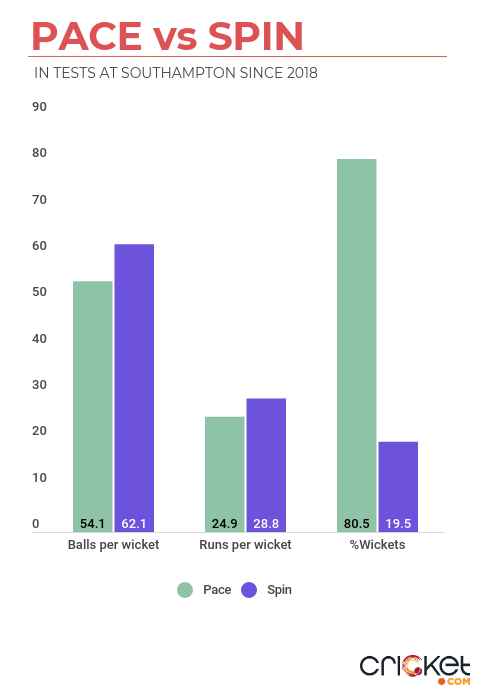 We are spoilt for choices when it comes to picking pacers. You could for the likes of Mohammad Abbas, Stuart Broad and James Anderson while as far as spinners are concerned, it is more or less a no-brainer and it should ideally be Yasir Shah over Dom Bess. Among the batsmen, Dom Sibley, Joe Root, Abid Ali and Babar Azam could be your picks.

There could be a few interesting match-ups too on display.

Azhar Ali has been dismissed by Chris Woakes 5 times in 10 innings and averages just 14.8 against the pacer. 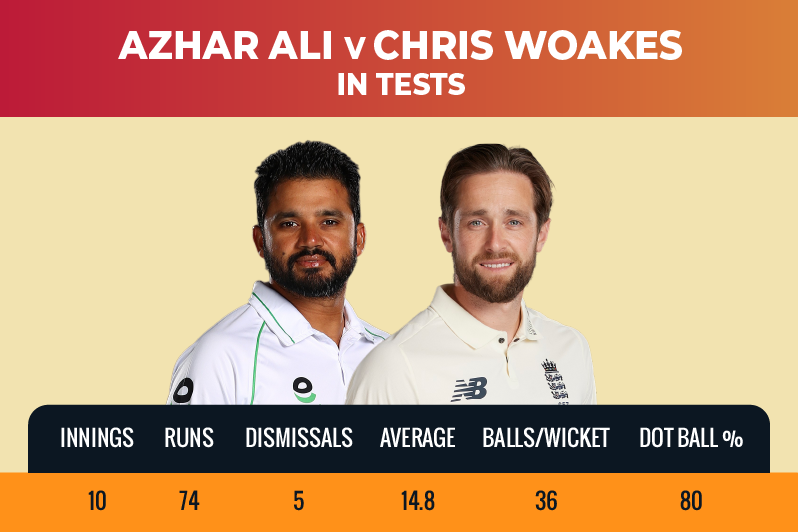 Similarly, Asad Shafiq will want to be really wary of Stuart Broad against whom he has been dismissed 6 times in 19 innings and averages a mere 16.3. 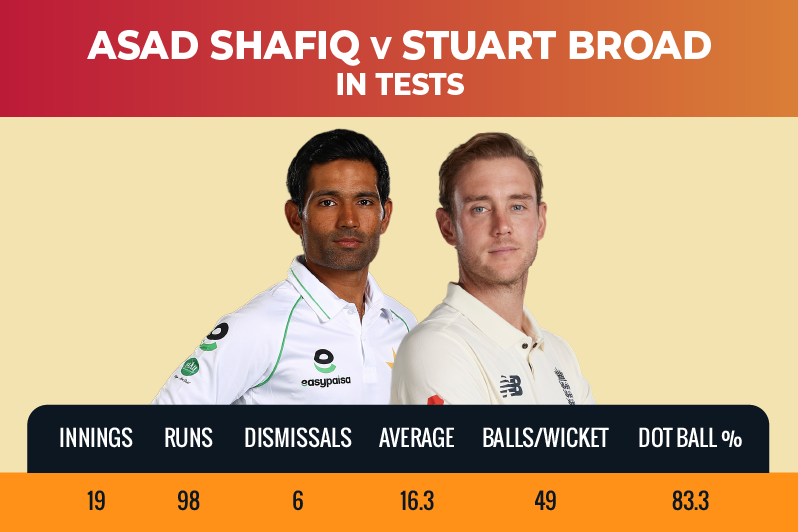 While the England captain Root has a good record against Pakistan, he has had his troubles facing Yasir Shah who has dismissed him 5 times in Test cricket. 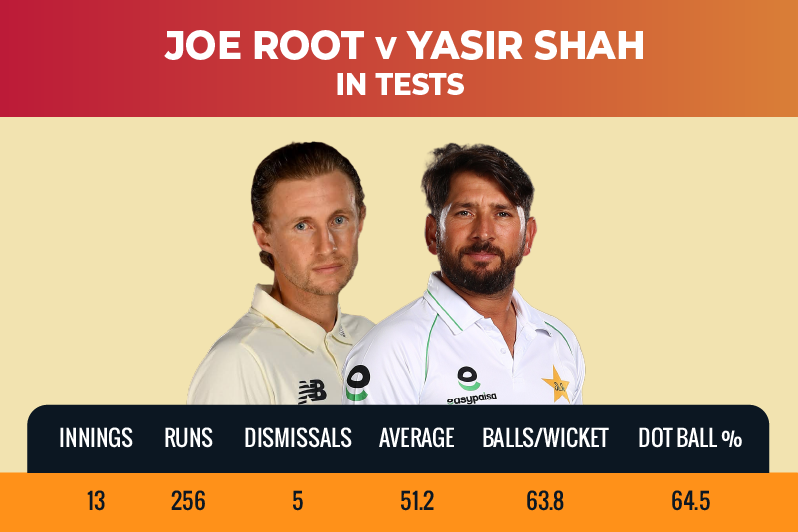 Babar Azam has looked in decent form in the series and is due a big one. There were plenty of positives in his 69 at Old Trafford and his 47 in the second Test, but he has failed to convert it into a substantial score.  What stands out is Babar’s consistency. Since the start of 2018, he is Pakistan’s highest run-scorer having recorded 1496 runs in 29 innings at a colossal average of 62.33.

Prior to this series, Babar had four continuous 50-plus scores in four innings out of which he converted three into centuries. He could very well score big in this game and you could regret not having him as the captain of your side.

Our Criclytics Player Projection says Babar will score 100-151 runs in the third Test.

Mohammad Abbas has been a revelation for Pakistan. He has a staggering bowling average of just 20.67 from his 20 Tests and fares even better in England. 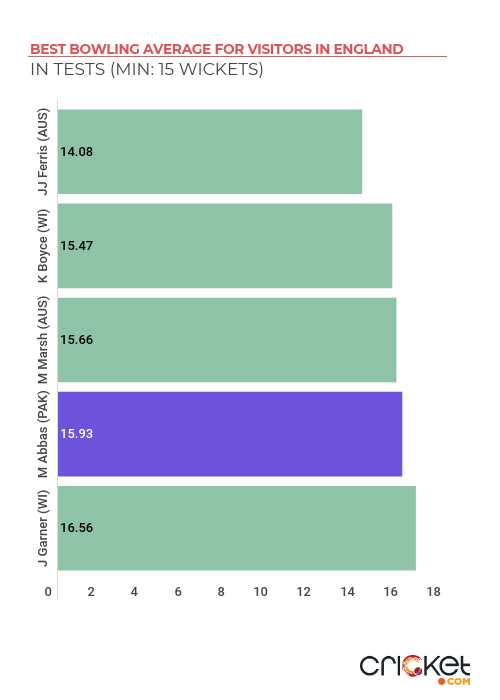 Among visiting bowlers with at least 15 wickets in England, Abbas’ average of 15.93 is among the best. He has picked up 15 wickets from 6 innings at a strike-rate of 40.8. Abbas has given a good account of himself in the two Tests so far and will want to sign off on a high.

Our Criclytics Player Projection says Abbas will pick 3-5 wickets in the third Test.

Although he did not have much success, like he did in the first Test at Manchester, England all-rounder Chris Woakes is a vital cog in the home side’s set-up. Woakes often brings out his A-game against Pakistan. He has a batting average of 42.43 and a bowling average of 17.6 against them.

He showed his all-round prowess in the first Test that propelled his side to victory and we could expect the same in this game as well, especially considering that the series is on the line.

The Criclytics Player Projection has Woakes scoring 31-46 runs and picking 5-7 wickets in Southampton.

It’s a pity that a top-class batsman like Joe Root has managed to score just 65 runs from three innings so far. He has scored just one 50 in the summer so far and in the absence of Ben Stokes, there is a little more burden on the England skipper to score runs.

Having said that, Root is the highest run-scorer in Test cricket with 2234 runs in 59 innings since the start of 2018 and is bound to come good at some stage.

We could very well see Root lead from the front and lead England to yet another series win in Southampton.

Our Criclytics Player Projection says the England captain will score 42-63 runs in the third Test.