England very much in the image of ‘magnificent’ Stokes: McCullum 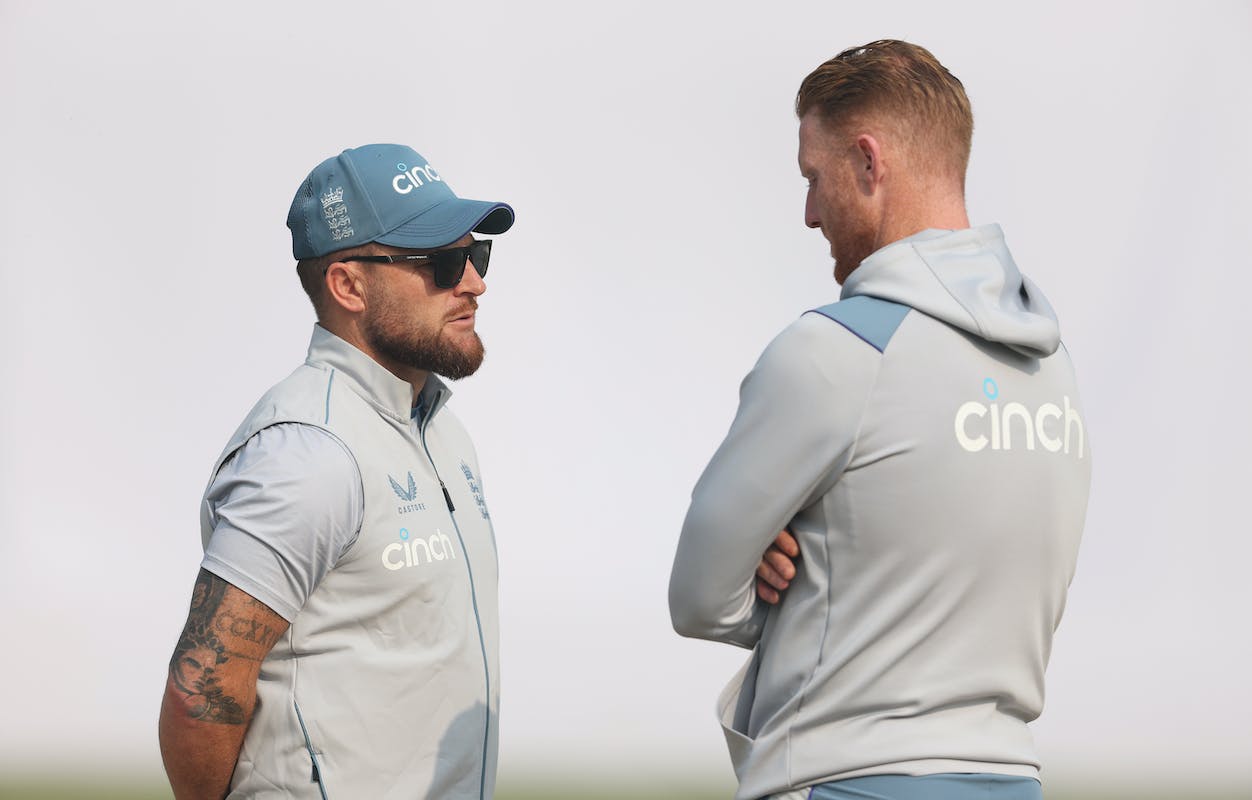 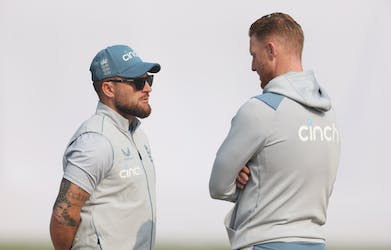 England very much in the image of ‘magnificent’ Stokes: McCullum

With the whitewash against Pakistan, Stokes made it 9 wins out of 10 under his full-time leadership

England head coach Brendon McCullum, in the aftermath of his side’s 3-0 whitewash of Pakistan, was all praise for skipper Ben Stokes, who he claimed was ‘absolutely magnificent’ throughout the course of the three-Test series.

Captaining away from home for the first time since taking over as skipper, Stokes did everything right as the leader of the pack as England scripted history, becoming the first ever side to whitewash Pakistan in their own backyard. With the whitewash, Stokes made it 9 wins out of 10 under his full-time leadership, his only loss coming against South Africa in Lord’s.

McCullum, who himself has made a significant difference to this English Test side, played down his impact and claimed that this group we’re currently seeing is ‘very much in the image of the skipper.’

"Not just on the field, where everyone sees the decisions he makes and the strings he pulls, but it's his man-management and his ability to get the very best out of each member of the side, off the field, which is the most impressive part from our point of view.

"It's the captain's mantra, this side is very much in the image of the skipper. And Stokesy wants the guys to go out there and play with the most amount of freedom that they can.”

McCullum revealed that Stokes is currently in that phase of his life where he wants to make a ‘real impact’ by empowering players. That, McCullum revealed, has been achieved by Stokes by taking the fear of failure away from individuals.

"He's got the benefit of a long and distinguished career behind him, and he's in that stage of his life where he wants to do something significant and make a real impact, not just on the game but on other people's careers.

“He's identified that taking away that pressure and that fear of failure allows the talent and the skill to come out,” McCullum said.

Revisiting the first Test of the series, McCullum claimed that the 506/4 England posted on the first day of the tour not just laid a marker, but proved to be series-defining.

"That was more than I thought we were going to make, to be honest," McCullum said, speaking of the England batters’ historic showing on the first day of the Rawalpindi Test.

"The way that Crawley and Duckett started for us in that Test match, it really laid a marker out for where this team wants to be, and for how brave our cricket needs to be as well.

"It was about playing the role that the team needs you to play, rather than getting too caught up in your own stuff, and it was a huge day that allowed us to try and force a result. Maybe the series would have been different if we hadn't gone down that route."

Much has been said and written about England’s batting, but their bowling has been equally effective and explosive since Stokes took over. In the last six months, the Three Lions have never failed to bowl out their opponents, and it was their aggressive, relentless showing with the ball which enabled them to sweep the series 3-0 against Babar Azam’s side.

McCullum lavished praise on the bowlers and the team’s overall attitude when they have the ball in hand.

"If you look at the whole six or seven months, we've taken 20 wickets in a Test on nine out of 10 occasions. So it's one thing scoring fast and putting teams under pressure with the bat, but you got to be able to bowl teams out as well.

"And the mantra within the group is 'how do we take wickets?' Every time we've got the ball in our hand, 'how are we going to try and get this guy out?' If you go for runs, you go for runs, but we back ourselves that will chase those runs down later on.

“I think once you have that mindset, you free yourself up from having to worry about runs. It allows you to look at things with a positive mantra."