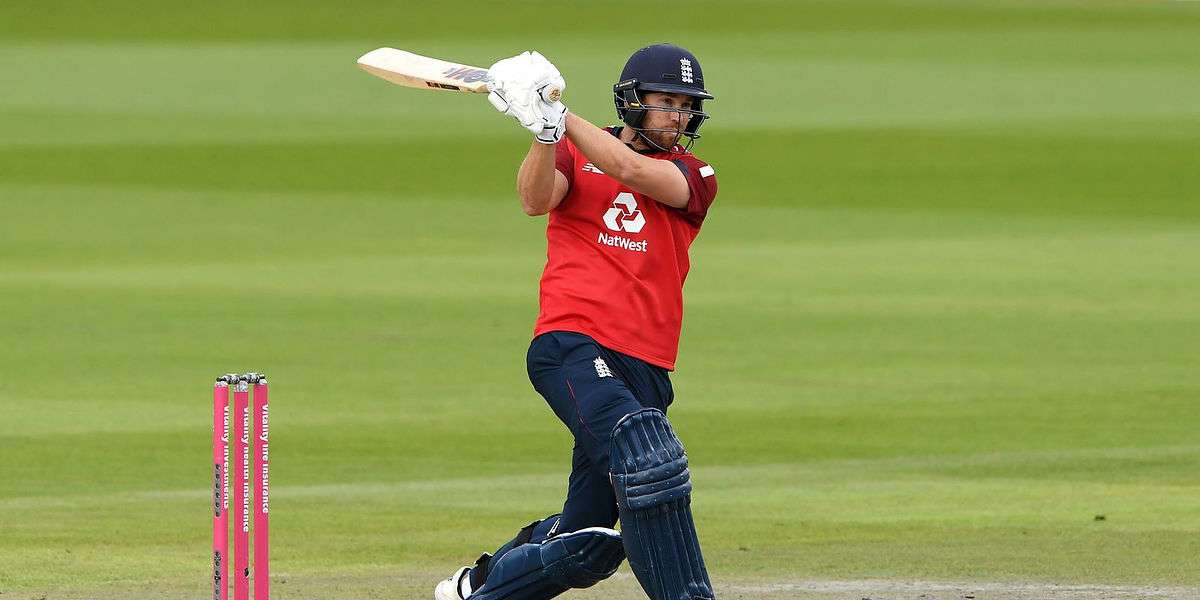 England staged a remarkable comeback to beat Australia by just two runs in the first T20 International (T20I) at The Rose Bowl, Southampton. Australia were cruising when Aaron Finch (46) and David Warner (58) were batting. They put on 98 for the first wicket, but once Finch was dismissed, things went downhill for Australia, who needed just 65 from final nine overs.

The England bowlers looked down and out during the first half of the chase, but bounced back extremely well in the next 10 overs and swung the game in their team's favour.

In pursuit of 163, Australia got off to a positive start, largely due to the wayward bowling by Jofra Archer and Mark Wood. Runs and boundaries were coming at ease and Australia looked to be well on course.  The visitors went past 50 in the sixth over and ended the powerplay at 55 for no loss. At that stage, things were not looking particularly good for England, who needed a couple of quick wickets to get back into the game. Warner and Finch did not take any risk whatsoever, yet managed to get their side in an excellent position.

Finch, who had earlier become the second Australian after Warner to score 2,000 T20I runs, set a new record, this time along with Warner, becoming only the second Australian pair to put on 1,000 runs after Warner-Shane Watson, who put on 1,154 runs together. As far as the match was concerned, it had completely tilted in Australia's favour. The England fast bowlers tried a different strategy, wherein they bowled short and into the bodies of the batsmen, but that was still not good enough to get a breakthrough.

Australia needed just 72 off the final 10 with all their wickets in hand. England finally made a breakthrough after Finch hit it straight to mid-off for 46 off 32, but Warner was still going strong and the required run-rate was just over 7. Steve Smith wasted little time, scoring two fours off his first two deliveries and a few moments later, Warner brought up his 18th fifty off 37 balls. Adil Rashid got rid of Smith for 18 and then Glenn Maxwell for a single, which gave England a glimmer of hope.

Archer then got the big scalp of Warner 58 off 47. The required run-rate was well under control but England were chipping away with some key wickets at crucial junctures. Australia needed 30 from the final four overs, but with new batsmen at the crease, it was not going to be straightforward. Alex Carey was cleaned up by Wood for just one. With that, England, who looked down and out when Finch and Warner were going great guns, were now very much in with a shout.

From 98 for no loss, Australia in the next 33 balls lost five wickets and managed just 35 runs, showing how well England had turned things around. The equation changed to 19 off 12 and after a brilliant over from Chris Jordan, Tom Curran had the task of defending 15 from the last over. Despite of conceding a six in the second ball, Curran held his nerve and England went on to win by the most barest of margins.

Earlier, Dawid Malan played yet another brilliant knock to propel his team to 162 for 7. Initially, it was Jos Buttler who got things off to a great start, especially tearing into Ashton Agar in the second over of the match whom he smashed for 16 runs. Jonny Bairstow got to face just four deliveries in the first three overs, but Buttler had scored 29 of the other 14 deliveries and England had reached 35 in just three overs.

However, Bairstow's poor run of form continued after he edged a short ball off Pat Cummins to deep slip for just eight. England had reached 55 for 1 from the powerplay overs, a terrific start, given that they had plenty of hard-hitters still left down the order.

Agar got his revenge as he got rid of Buttler for 44 off 29 and Australia were slowly clawing their way back into the game with Adam Zampa too keeping things quiet at the other end. The pressure kept growing on Tom Banton who looked to hit out against Agar, but could only find Finch at covers, who took an excellent catch running back.

Maxwell got the most priced scalp of Eoin Morgan for just five and then followed that up with Moeen Ali's wicket to put England in a spot of bother. Malan was going to be key for them if they were to reach a match-winning total. He got to his fifty off just 37 deliveries, but wickets kept tumbling around him. With three overs to go, England were 125 for 6 and needed to get as close to 160 as possible to have a chance of causing problems to this Australia batting line-up. England got 22 off the next over from Zampa, with Malan clearing the fence on a couple of occasions - just the over the hosts would have wanted at that stage. But that is as good as things got for him as he holed out to long off off Kane Richardson for a brilliant 43-ball 66. England in the end got a competitive score.

It was Australia who won the toss and elected to bowl. In the five previous T20Is at Southampton, the team batting first have won three, while the team chasing have gone on to win twice.

The second game of the series will be played on Sunday at the same venue.

Player of the match: Dawid Malan