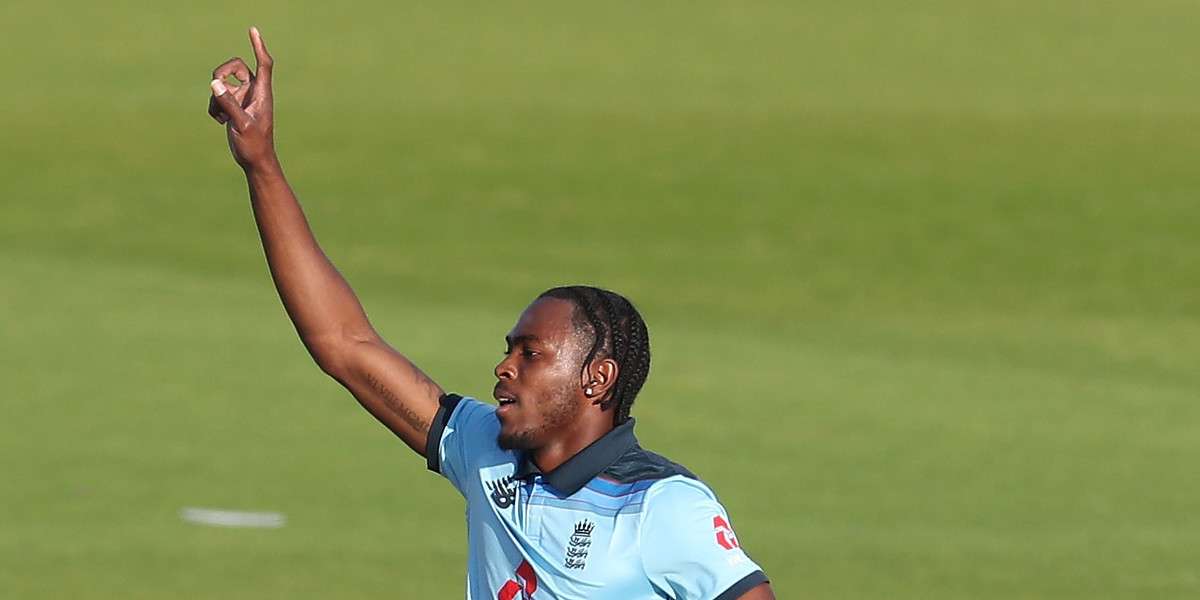 England defeat Australia by 24 runs in second ODI, the series is level 1-1 with one match to go

When Aaron Finch and Marnus Labuschagne stitched together a century-run partnership for the third wicket, Australia seemed to be heading towards a comfortable win. But things can change quickly in cricket and that's exactly what happened here with Australia collapsing from 144/2 to 176/9 and finally 207 all out.

Chasing 232 for a series win, Australia almost got off to the worst possible start as Finch was fortunate to have not found himself run-out in the first over of the innings. Opposite number Eoin Morgan missed the stumps when the Australian skipper was short of his crease by a huge distance.

England didn't have to wait long for a breakthrough though as, for the second time in the series, Jofra Archer got the better of David Warner. In the midst of a sublime spell, the England pacer soon after bowled a brilliant bouncer to which Marcus Stoinis had no answer to.

Finch and Labuschagne's partnership then gave the visitors the upper hand. Morgan's decision to not continue with Archer after the conclusion of the first Powerplay looked like a bad call at the time as Australia's batsmen didn't look in much trouble in the overs that followed.

With the series slipping away, Morgan decided to bring his two premier pacers — Archer and Chris Woakes — back into the attack and it proved to be a masterstroke, with the duo turning the match on its head.

First, Woakes dismissed Labuschagne after a superb leg-before-wicket referral before Archer knocked over Mitchell Marsh's stumps. Then came the most crucial moment of the game as Finch was bowled by Woakes for 73. Glenn Maxwell, who along with Marsh rescued Australia from a dire situation in the first ODI, couldn't do so here as he was also sent back to the pavilion by Woakes.

The only worry for England then was that both Archer and Woakes had completed their share of 10 overs with 15 overs still left in the innings. But the momentum was with the Morgan-led side and Sam Curran made sure that it stayed that way, dismissing Pat Cummins and Mitchell Starc off successive deliveries.

With only two wickets in hand and the required run-rate rising, Alex Carey struggled to get on strike during his partnership with Adam Zampa. The pressure told as Zampa went for a big shot against Sam Curran, only to be caught at mid-off.

Carey had to wait until the 34th delivery he faced for his first boundary and it was always going to be an uphill task with only one wicket in hand and a soaring required run-rate. He was eventually undone by a googly from Adil Rashid with Jos Buttler completing the stumping to secure a memorable 24-run win for England.

Earlier, some fine bowling from Australia saw England's top-order falter before Rashid and Tom Curran's ninth-wicket stand helped guide the hosts to 231/9. Adam Zampa was the pick of the bowlers for the visitors, taking three wickets for 36 runs.

At 149/8, it looked like the England innings would fold soon. Rashid and Tom Curran, though, had other ideas as they put on a 76-run partnership from just 57 deliveries. The final two overs of the innings went for 33 runs which proved to be incredibly crucial in the end.

Ahead of the match, Starc was an injury doubt. Having passed the fitness test though, the left-arm pacer began well, getting his swing going from the word-go. Off the second delivery of the innings, Starc seemed to have dismissed Jason Roy LBW.

Having been hit on his thigh pad and with the bounce on offer at Old Trafford, it was no surprise to see Roy opt for the review. And it proved to be a great call as the ball was going well over the stumps.

Josh Hazlewood also began admirably, forcing Jonny Bairstow to play a false shot off his first delivery. Luckily, for the English opener, the ball did not carry to the fielders positioned inside the 30-yard circle on the on-side after he had mistimed a pull shot. Having bowled three maiden overs in the first ODI, Hazlewood began without conceding a run in his first over here.

Roy then took the attack to Hazlewood in the Australian pacer's second over, hitting three boundaries. But before the hosts could build any momentum, Bairstow was dismissed for a duck, with Starc finding the outside edge of his bat.

There was a deliberate tactic from Roy to unsettle Hazlewood by coming down the track, but before he could kick on after getting a start, the Surrey opener was run-out after a brilliant piece of fielding from Stoinis. It wasn't great judgement from Roy and Joe Root to go for the run, but Stoinis still had to hit the stumps which he did with a perfect throw.

Thereafter, it wasn't easy for Root and Eoin Morgan as the duo struggled to up the scoring rate. Root, especially, seemed far from his best during his stay in the middle before he was dismissed for 39 off 73 deliveries.

Australian skipper Finch waited until the 23rd over to introduce spin and Zampa didn't disappoint, finding the outside edge of Root's bat off just his third delivery.

Finch, soon after, brought Cummins back into the attack and that proved to be a good decision. Buttler, who is arguably England's best limited-overs batsman, was trapped in front of the stumps by Cummins for just three.

Meanwhile, Morgan seemed to be getting his timing right and was adding some much-needed impetus to the innings. The England skipper has an average of over 75 against spin in ODIs since the start of 2019, but it was his undoing here as he was dismissed LBW by Zampa — it required a brilliant review from Australia after the on-field decision was not out.

Zampa wasn't done as he bowled Sam Billings, who had scored his maiden international hundred in the previous match, with a superb googly.

The wickets kept tumbling as Starc was soon brought back into the attack and he kept the pressure on England's lower-order, dismissing Sam Curran. And off the first delivery of the third Powerplay, Hazlewood got into the act by sending Woakes back to the pavilion.

On an used pitch, a target of 232 was not going to be easy work for Australia and so it proved in the end.

With the series level 1-1, the two teams will face each other in the decider on Wednesday (September 16) at Old Trafford, Manchester.

You can find the scorecard of the match here. 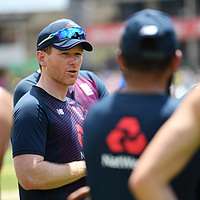 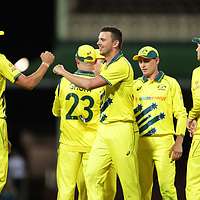