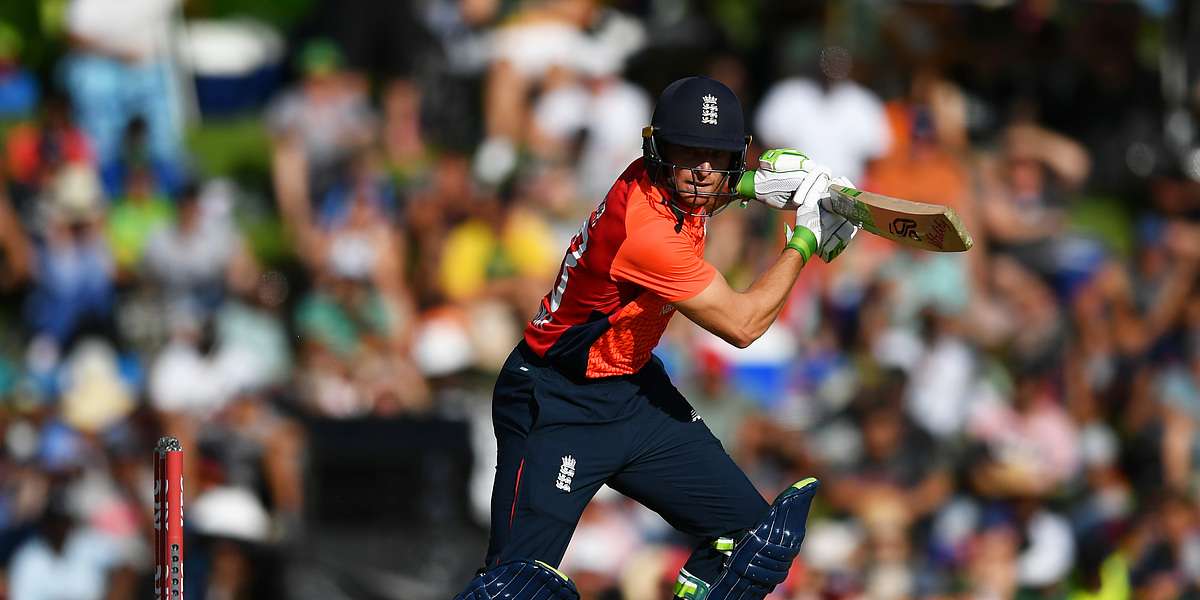 With this win, England become the No. 1 ranked T20I side

Jos Buttler's top-class 77 not out off just 54, along with Dawid Malan's calm 42 helps England trounce Australia by six wickets in the second T20 International (T20I) at The Rose Bowl, Southampton. With this win, England not only take an unassailable 2-0 lead in the three-match series, but go to the summit of the ICC T20I rankings.

Chasing 158, Australia managed to kept Buttler and Jonny Bairstow quiet for a couple of overs initially, but a couple of boundaries after that broke the shackles. However, Bairstow got an unwanted record to his name when he became the first England batsman to be out hit-wicket in T20Is. He rocked back to a short ball from Mitchell Starc and knocked the wickets with his foot.

England did not lose further wickets in the powerplay and reached 44, which was a tad better than where Australia were in the first innings. Buttler and Malan were not given many lose deliveries and as a result, Australia had them in check.

After conceding just five runs from his first over, Glenn Maxwell conceded two boundaries off consecutive deliveries against Malan to ease the pressure on England. Before that over, he had picked up nine wickets at an average of eight against left-handers in T20Is since 2017, but his record against the right-handers - two wickets at 38 - was not particularly great.

England managed to score 74 in 10 overs and the duo of Malan and Buttler had also put on more than 50 and seemed to be on course. They weren't taking many risks but at the same time kept the scorecard ticking and did not allow the required run-rate to climb at any stage. Their 87-run came to an end after Malan hit Ashton Agar straight down the throat of deep mid-wicket for 42. However, the required run-rate was under eight and with plenty hard-hitters to come down the order, the game seemed to be England's to lose. Buttler brought up his fifty off just 38 deliveries and Australia needed to get rid of him to get two new batsmen at the crease, which could tilt the game in their favour.

Even after Tom Banton's dismissal, England very much were in control. But, Agar, who has been the leading wicket-taker among players from Test playing nations in the middle phase since 2019, went on to pick up a couple of wickets to give Australia a glimmer of hope. Buttler however, still remained unscathed despite wickets tumbling at the other end, which included that of his captain Eoin Morgan for seven.

The equation came down to 18 off the final two overs. With wickets of Malan and Banton, Agar had bowled his quota of overs finishing with impressive figures of 2 for 27. England needed just five more deliveries to wrap things as Adam Zampa bowling the penultimate over of the match turned disastrous.

Earlier, Australia recovered well to put up 157 for 7. England had the upper hand for most of the innings, but some useful contributions from Aaron Finch (40) and the middle-order eventually helped Australia recover and has given their bowlers a decent target to defend.

From 89 for 5 after 13 overs, Australia had certainly done extremely well. England bowlers were a bit wayward at the end, conceding 40 runs from the final three overs to give Australia a slight momentum going into the break.

However, Australia got off to the worst possible start after David Warner was caught behind for a duck off the third ball of the innings. In a bid to keep the left-right combination going, Alex Carey came out to bat at No. 3 for the first time in T20Is, but his frustrating seven-ball stay come to an end after he edged the ball to the 'keeper while going for an extravagant shot.

To further add to their woes, Australia also lost Steve Smith for just 10 after a brilliant direct hit from Morgan. Australia ended the powerplay at 39 for 3, a huge contrast from the first game when they scored 55 for no loss. England had won all the matches except the World T20 2016 final against West Indies, when they have picked up at least three wickets in the powerplay.

Australia steadied the ship as Finch and Marcus Stoinis started to play responsibly. They managed to reach 60 at the halfway stage of their innings, which is one of their lowest scores after 10 overs since 2019. Just when the partnership was flourishing, Chris Jordan, knocked over Finch for 40 off 33, bringing an end to the 49-run stand with Stoinis. Stoinis too followed Finch back into the dressing room for 35 as Adil Rashid struck off the final ball of his spell - just like he did in the first T20I.

Australia had lost half their side within 13 overs with two new batsmen at the crease. None of the batsmen were allowed to settle and England had borne the fruits of some accurate bowling and gun fielding. Australia brought 100 in the 15th over and needed another 50 more runs at least so that their bowlers could have something to bowl at.

Glenn Maxwell and Ashton Agar took it upon themselves to take Australia to a respectable total. Their partnership gave their side some hope. Their 43-run stand came to an end after Jordan had Maxwell caught behind for 26 off 18. A couple of good hits in the end from Pat Cummins eventually took Australia past 150.

Earlier, Australia had won the toss and elected to bat. It seemed to be a good move considering teams batting first had won four out of the six previous matches at Southampton.

The third and final T20I will be played on Tuesday (September 8) at the same venue, before the action shifts to Manchester for the One-Day Internationals (ODI).

Player of the match: Jos Buttler