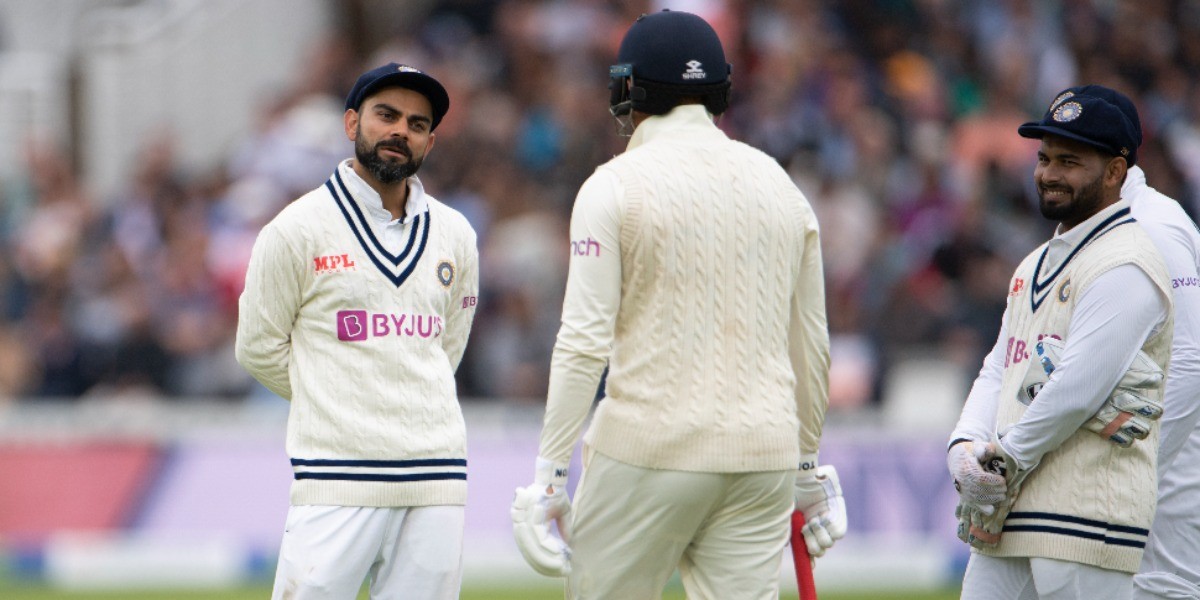 After two riveting contests, the caravan now moves to Leeds, where England and India will clash in what could potentially be a series-defining Test. The visiting side, led by Virat Kohli, put up an inspired show on the final day at Lord’s to claim a stunning 151-run victory, and a win in the third Test at Headingley will ensure an unassailable 2-0 lead for the visitors.

India have not won a Test series in England since 2007 and a victory in Leeds will mean that the visitors, at the very least, will be guaranteed to leave the English shores unbeaten. England, meanwhile, have not lost a bilateral Test series at home comprising three or more Tests since 2012, thus a defeat in game three will not just put the Three Lions on the brink but will also mean that they would have failed to win a Test series against India at home for the first time in 14 years. The stakes are high and both teams have all to play for in the third Test starting Wednesday.

Since the turn of the last decade (2010), Headingley has been anything but a happy hunting ground for England. The Three Lions have won just 4 of the 8 Tests they’ve played at the venue since 2012, and have also encountered losses against West Indies, New Zealand, and Sri Lanka. They almost lost against Australia too in Ashes 2019, only for Ben Stokes to rescue them by playing one of the greatest knocks in the history of Test cricket. The hosts have not faced India at this venue in 19 years, but interestingly, in the last H2H clash between these two teams at the venue (2002), it was India who came out on top, winning by an innings and 46 runs.

What’s been quirky about Headingley, especially of late, is how the pitch has gotten better for batting with time. Since 2016, the average first innings score at the venue has been 227. But this number rises to 237 in the second, 247 in the third and an astonishing 342 in the fourth. Quite incredibly, two of the last three matches at this venue have seen teams pull off 320+ chases in the fourth innings. In fact, in the last match at this venue, England remarkably chased 359 (thanks to Stokes) after being bundled out for 67 in the first. These numbers could tempt the captain winning the toss to bowl first. 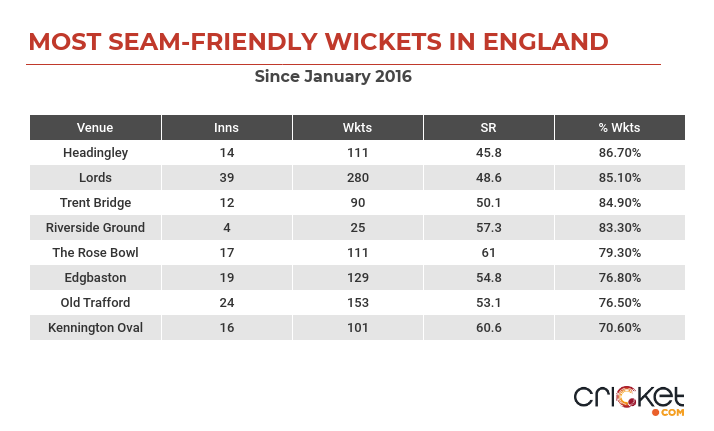 In the last 5 years (since 2016) a staggering 86.7% of wickets at this venue have been taken by pacers, so that could potentially influence team selection as well. In fact, since 2016, no venue in England has seen a larger proportion of wickets fall to the quicker bowlers. 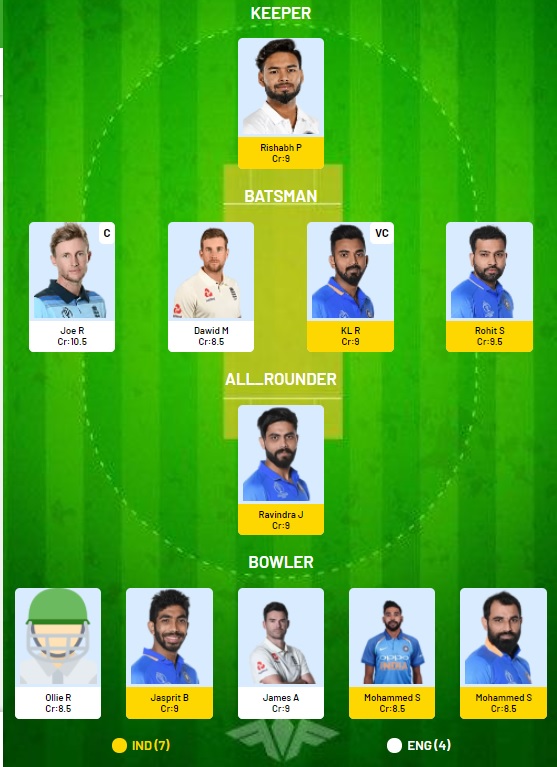 In our suggested team, we have opted for as many as five pacers due to the historically seam-friendly nature of the Headingley wicket, while the lone all-rounder is also India’s third-highest run-getter, Ravindra Jadeja. Dawid Malan is the only wildcard pick, while the rest are all bankers who are expected to excel for their respective teams.

Who else but Joe Root? Not only is the England skipper, by some distance, the highest run-getter in this series, he is also the highest run-getter in Test cricket in 2021, with a ludicrous five centuries to his name. He is coming on the back of a near-perfect knock at Lord’s, the 180* in the first innings, so in the form he currently is, it is almost a given that he is going to post a mighty-big score.

As far as our x-factor number one is concerned, it is hard to look beyond India’s Renaissance man, KL Rahul. The Indian opener is the only other batsman apart from Root to score over 200 runs this series, and he, like the England skipper, is coming on the back of a terrific ton at Lord’s which earned him the Man of the Match award. A Rahul that’s oozing confidence is as consistent as any batsman in the world.

Coming to X-factor number two, we have Rahul’s partner and the third-highest run-getter in the series, Rohit Sharma. Now, Rohit might not have got to the coveted three-figure mark, but he has looked as solid as anyone has in this series. That he’s been super consistent - scores of 36, 12*, 83 and 21 - is a testament to how comfortable he’s looked in testing conditions. Having posted his highest away score in the last Test, expect the veteran to kick on and do special things at Headingley.

Finally, then, how can Jimmy Anderson not be an x-factor in England? And that too in pace-friendly conditions like Headingley? The evergreen seamer delivered a fast-bowling masterclass in the first innings at Lord’s, picking the 31st five-fer of his career, and the 39-year-old is arguably bowling as well as he ever has. Now officially the third-highest wicket-taker in Test history, expect Anderson to start bridging the gap between himself and Warne from the forthcoming Test.

Our Criclytics player projections predict that Anderson could pick between 3-5 wickets in the third Test.

James Anderson has dismissed Cheteshwar Pujara 7 times in Test cricket, including twice in this series already. The English veteran would be looking to tame his Indian counterpart once again.