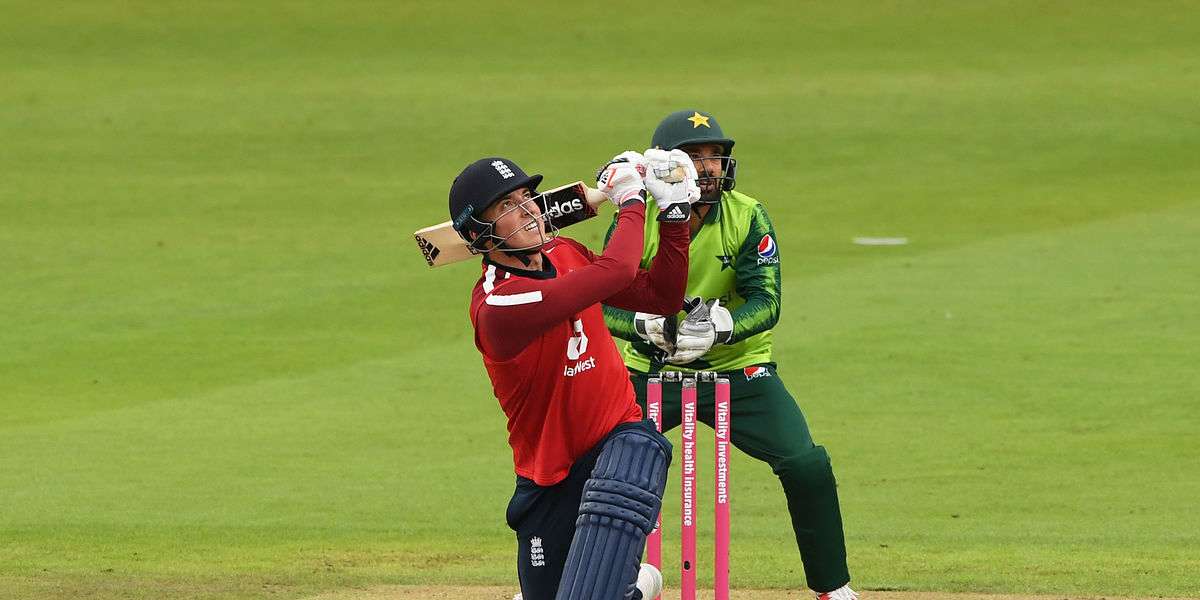 England had reached 131 for 6 in 16.1 overs before a combination of rain and wet outfield ensured play wouldn't resume

The first T20 International (T20I) between England and Pakistan at Old Trafford, Manchester has been abandoned with England on 131 for 6 in 16.1 overs due to rain and wet outfield. Rain had a say in the Test matches and it has now trickled down into the T20I series as well. Tom Banton's maiden T20I fifty proved to be one of the few sources of entertainment in this match before it started pouring.

The silver lining is that we were not completely denied of cricketing action. In fact, earlier in the day, Pakistan, who had won the toss and elected to field, got off to the best possible start after Imad Wasim dismissed the dangerous Jonny Bairstow for just two. Before this match, Bairstow's strike-rate of 149.6 in the powerplays in T20Is since 2019 was the best among all England players, who have batted at least 10 times. Pakistan continued to choke England with the likes of Mohammad Amir and Shaheen Afridi too bowling tight lines and lengths. England managed just 34 in the powerplay, which was their lowest total in the first six overs since they scored 36 against India in 2017. The positive thing for England was that they still have plenty of hard-hitting batsmen down the order.

After a 71-run second wicket stand between Banton and Dawid Malan, the latter was run-out for run-a-ball 23. Banton however looked to be in good form and also brought up his maiden T20I fifty off just 33 deliveries. Banton initially took his time, but once he got his eye in, he started taking on the bowlers, especially Shadab Khan and Haris Rauf. It was Shadab who eventually got his wicket after the England batsman top-edged one to Imad at cover, bringing an end to an entertaining innings of 71 off 42 deliveries, with four fours and five sixes punctuating his innings.

Eoin Morgan too followed Banton pack into the hut for a 10-ball 14. Pakistan further pulled things back with the wicket of Moeen Ali and Lewis Gregory. From 109 for 2 in the 13th over, England found themselves at 126 for 6 at the end of the 16 overs. England have scored at a run-rate of 11.1 in the death overs since 2019 and had they maintained that, they were surely going to get a match-winning total. Unfortunately, rain stopped play with 23 balls remaining in the innings.

The second T20I too will be played at the same venue on Sunday, where the weather could once again have a huge say in the outcome. 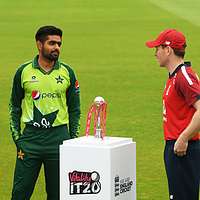