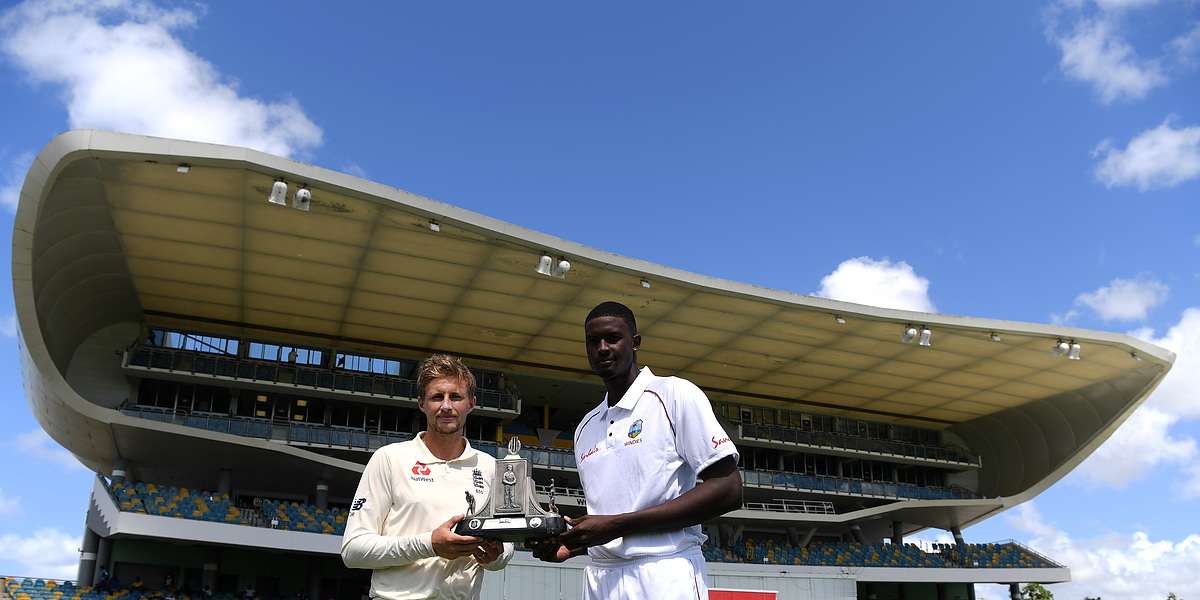 Here are some tips that might help you in creating your fantasy team for the second Test between England and West Indies, in Manchester

It wasn’t perfect but the first Test between England and West Indies, in Southampton showed how badly we missed cricket. That it went to the last session of the final day was the icing on the cake. West Indies were clinical and came out on top leaving the higher-ranked England with a lot of questions unanswered.

The teams now move to Old Trafford, in Manchester. West Indies will be keen on winning their first Test series in England in 32 years. While the hosts with captain Joe Root back will want to get back to winning ways. 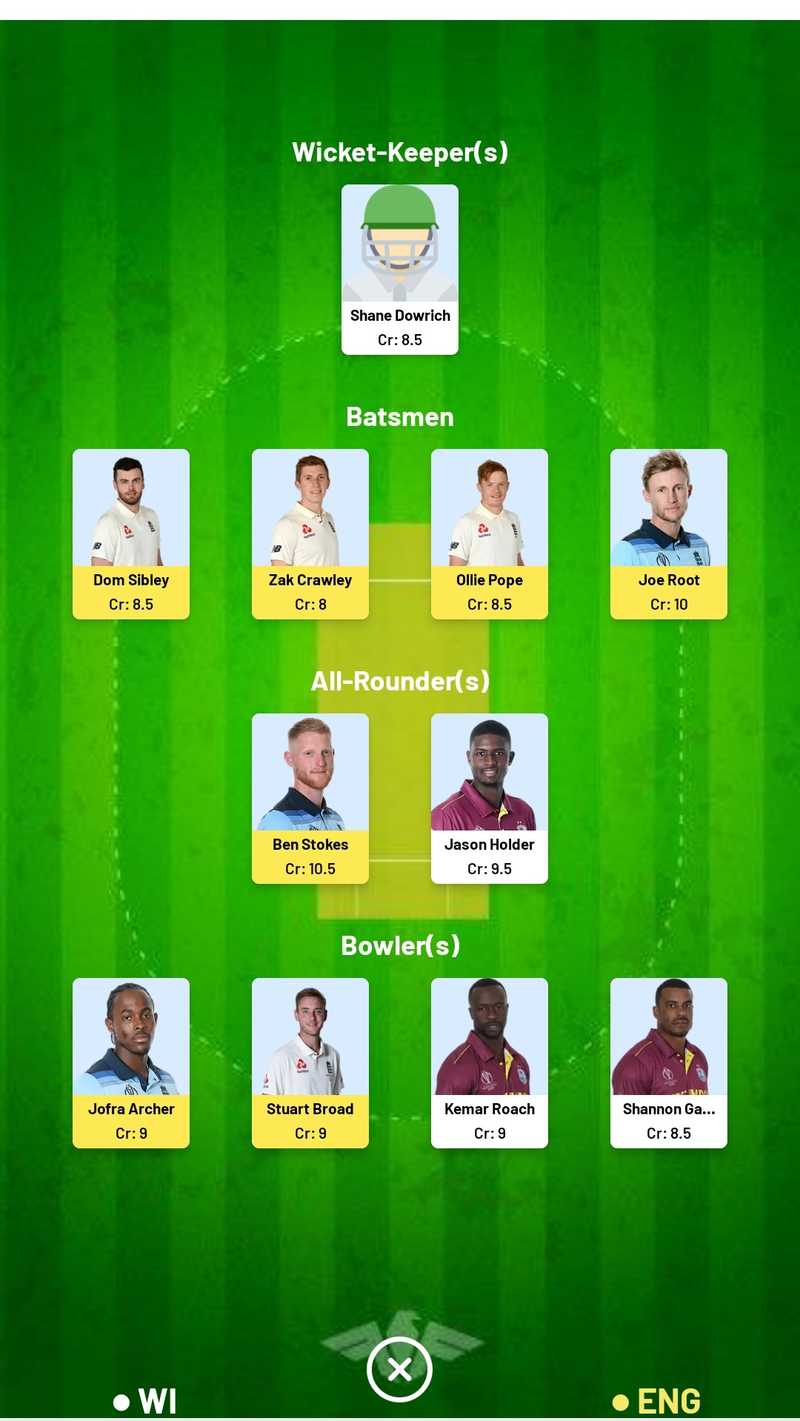 While you could go for the above team, or pick your own team, cricket.com's Fantasy Research Centre have based on algorithms come up with six different teams that could help you fetch crucial points. 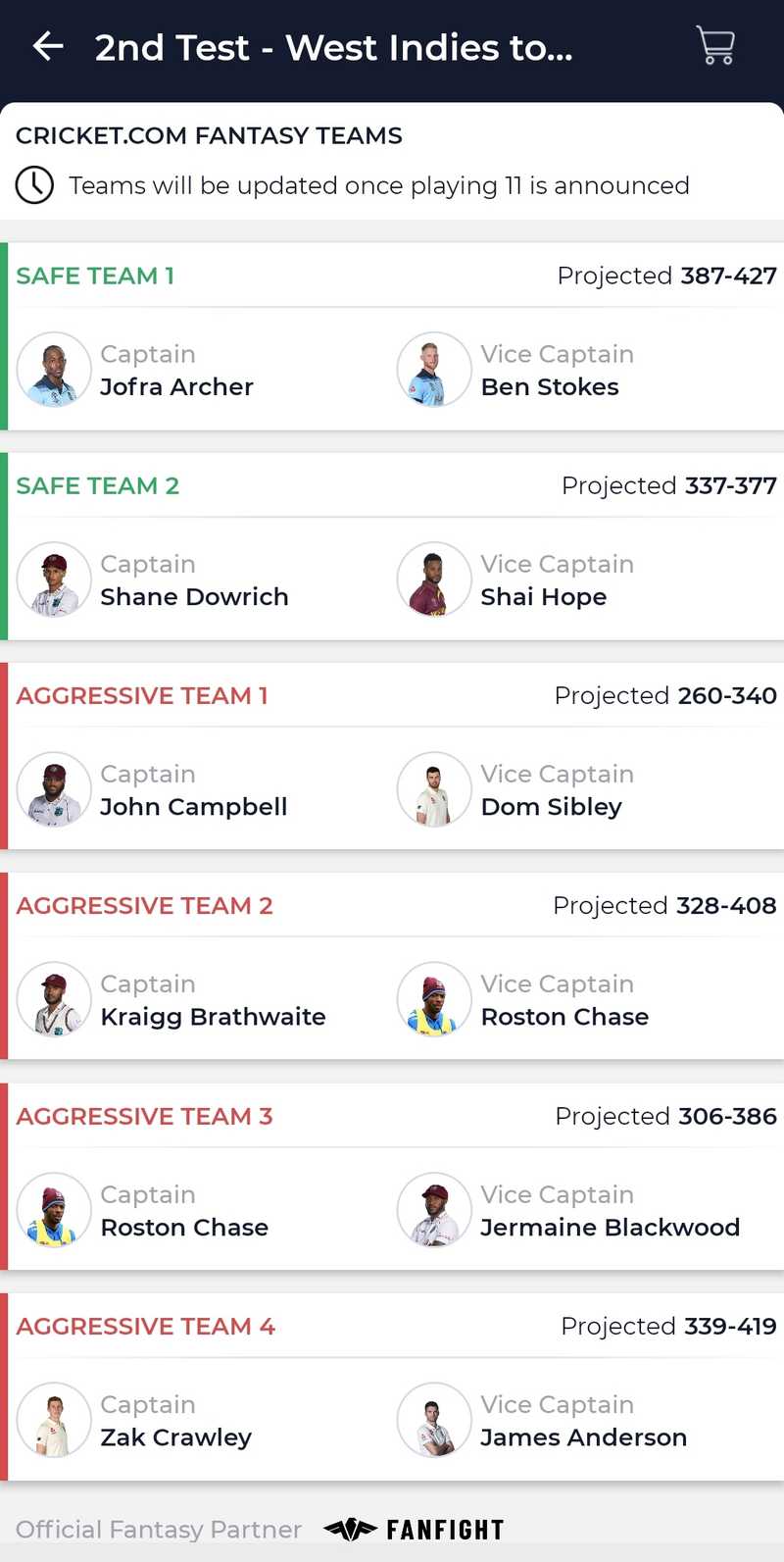 Manchester has hosted three Test matches in the last four seasons. With an average 1st innings of 483, the batsmen should find themselves at home on the surface.

Since the start of 2016, batsmen have scored at an average of 33.1 runs per wicket with the bowlers managing a wicket only every 58.1 deliveries. This is the worse for any ground in England that has hosted more than one test during the time-frame. So, it goes without saying that batsmen and batting all-rounders should feature in your team heavily.

But as is always the case in England, the overhead conditions do play a part so you should consider having at least 3-4 pacers in your side.

On the bowling front, in Tests since 2016, pacers have picked up 76.2% wickets to fall here at a strike-rate of 49.1. On the other hand, the spinners have managed a wicket here only every 81 balls during the same period. 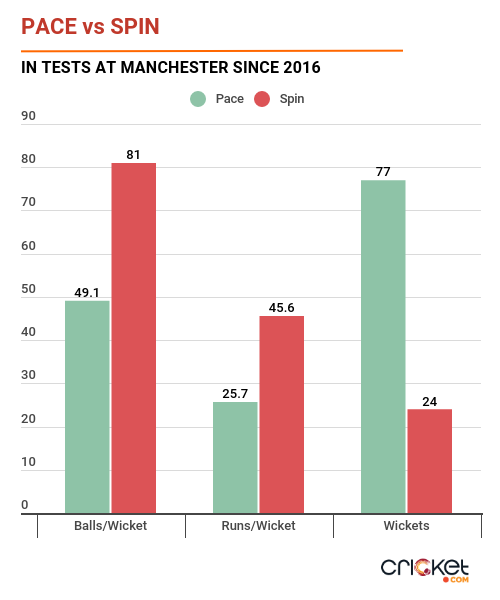 Both teams were reliant on their pace bowlers in the first Test and looks like the narrative could be the same this time around as well. Shannon Gabriel, named Player of the Match in the first Test, should make it your side, so should Jofra Archer. You can also consider the two all-rounders Ben Stokes and Jason Holder.

For bating, a top-heavy side should be the way to go. There could once again be a few interesting battles on display.

Joe Root, coming back into the side after missing the first Test, will have to be watchful against his opposite number Jason Holder. The West Indian captain has dismissed Root 4 times in 13 innings. 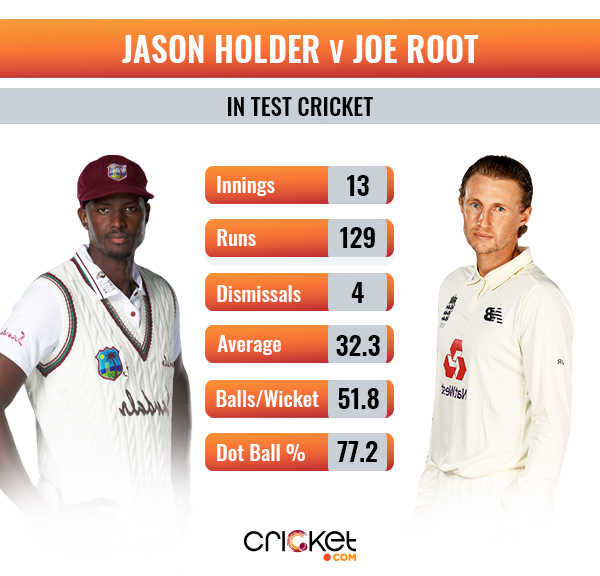 Shannon Gabriel v Ben Stokes match-up should also be good. While it was Holder who got rid of Stokes in both innings at Southampton, Gabriel also has a pretty good record against the all-rounder. 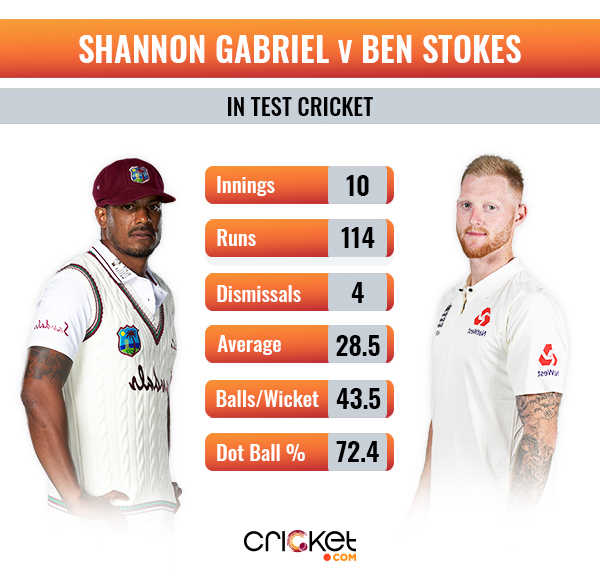 Why Joe Root’s absence was so felt by England in the first Test is clear by just one glance at his numbers. Since the start of 2016, no England batsman has more runs, 50s and 100s or a better average than Root. An absolute rock for the English side, another reason why Root should be your captain is his record at Manchester. In six innings here since 2016, Root has scored 497 runs at 99.40, which includes three half-centuries and a double-century. Our Criclytics Player Projection says Root will score 41-62 runs in this Test. How England will want their captain to stand up once again!

For someone who was not in the original West Indies squad for the first Test, Shannon Gabriel sure did a brilliant job. He returned nine wickets for the match and claimed the Player of the Match award. The lanky pacer has been prolific for his side in the last few years. He has been West Indies’ highest wicket-taker since the start of 2017 with 92 wickets striking every 45.3 balls. He has picked most wickets against England than any other country in his Test career. The Criclytics Player Projection too has Gabriel once again shining, estimating 3-5 wickets for this Test

Jason Holder is undoubtedly one of the most underrated cricketers going around. The No.1 all-rounder in the world, he is often not discussed in the same breath as some of the other all-rounders in the game. But the fact remains Holder is probably the most important cog in the West Indies line-up. He might not have done much with the bat in Southampton. But, his six-wicket haul in the first innings was enough in making a huge statement to the eventual outcome of the game. A leader any team will hope for, Holder will desperately hope for another winning effort from his team. According to our Criclytics Player Projection team, Holder will pick 2-4 wickets and score 14-21 runs in the second Test.

That Ben Stokes was the best batsman for England in the first innings and best bowler in the second epitomises his importance in the side. An average of 47.16 with the bat and 29.6 with the ball since the start of 2019, Stokes is probably the first name anyone would want on their team sheet. He did not have the best of starts to his captaincy career but with Root back, he will hope to come up with an even better effort in Manchester. The Criclytics Player Projection has Stokes scoring 26-39 runs and picking 2-4 wickets for the second Test.