Enjoy the ride, because Yash Dhull is here to stay 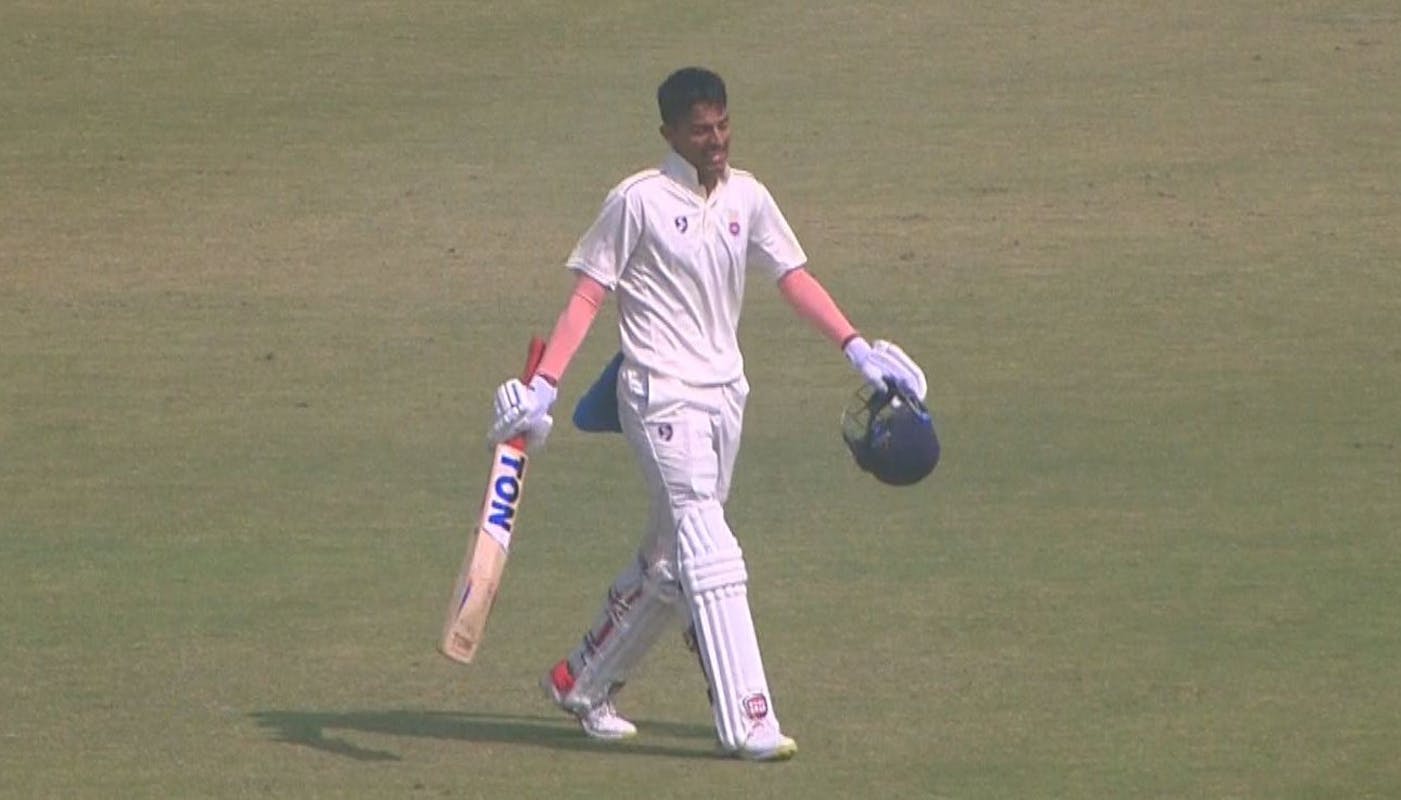 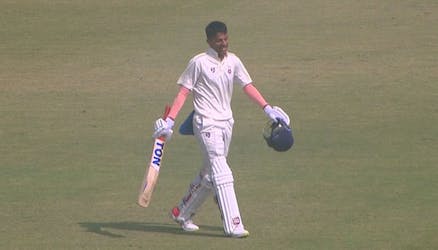 Enjoy the ride, because Yash Dhull is here to stay

Yash Dhull might be just 19 but he is as real and sorted as they come, both on and off the field. The stylish right-handed batter from Delhi has a good head on his shoulders and generally looks in complete control of things that need to be done at any given time. Yes (no pun intended), Dhull always likes to stay in the present. What’s done is done and the focus quickly shifts to what needs to be done in the near future. He has already given himself a period of 18 to 24 months to try to make it to the senior side and couldn’t have asked for a better start to his journey to the top.

The last 40-odd days have been super eventful for the young batter. He was given the responsibility of leading India in the 2022 Under-19 World Cup in the West Indies and the 19-year-old did a noteworthy job to lead India to their fifth title. The journey wasn’t as smooth as it looks as Dhull had to miss a couple of group-stage matches after testing positive for COVID, but the young man returned for the knockouts and made quite an impression.

Delhi wasted no time and straightaway picked him in their squad for the 2021-22 Ranji Trophy and Dhull responded in an astonishing manner, smashing a century in each innings on his debut, even though it was in an uncharacteristic position for him: opening the innings.

"I want to play for India, but right now, the focus is on the remaining matches. I have set myself a goal that I will play senior India in the next 18 to 24 months. Till now, it has been a dream ride, but hard work will begin now. I will have to score bucketloads of runs to get there. The thumb rule of cricket is to take one game at a time," Dhull was quoted as saying by the Indian Express.

With Himmat Singh, Nitish Rana, Jonty Sidhu, Anuj Rawat and Lalit Yadav in the team, Dhull was asked to open the innings alongside Dhruv Shorey in his maiden first-class encounter. On top of that, Delhi were up against formidable Tamil Nadu in Guwahati and got off to the worst possible start. They lost Shorey and Himmat Singh inside the first three overs and the pressure was on the 19-year-old to dig his team out of a hole.

The level was different but Dhull is someone who has always been known for getting runs under pressure, something that he has done for every single team he has played for so far in his young career.

Dhull, who was told only on the eve of the game that he was going to open the innings against Tamil Nadu, was unfazed with what was happening around him and batted with tremendous calmness against Sandeep Warrier and Co. The right-hander played to his strengths and put on 119 runs with Sidhu for the fourth wicket. In the first session of day one, the surface was offering enough assistance to the Tamil Nadu seamers and it took Dhull a while to get comfortable. It was an authoritative pull shot off Warrier that got him going and he never looked back thereafter.

"Whatever the team demands from you, it needs to be done without any questions asked. I am ready to bat at any position. I am just starting off in my career and now I need to make a mark with consistent performances and for that I need chances. So when you are told to play, you need to be ready to grab that chance. When I was informed that I would be opening the innings, mentally I was ready. Cricket at this level will be as much about mindset as it is about technique. It's all in the mind and if I can have the right attitude, then things will fall in place," Dhull told the Press Trust of India.

The teenage batting sensation played shots all around the ground and got to his century off 133 deliveries. However, he did get a reprieve when he was on 97. He was caught on the pull at short mid-wicket but the replays later suggested that M Mohammed had overstepped. The smile was back on Dhull’s face and he got to the landmark by cutting B Aparajith behind point for a couple of runs. He crafted 18 boundaries in his 150-ball 113 before falling to M Mohammed. Lalit Yadav (177) then took over and helped Delhi amass 452 in 141.2 overs. Delhi then managed to reduce Tamil Nadu to 162/5 but centuries from Baba Indrajith (117) and Shahrukh Khan (148-ball 194) gave the latter a first-innings lead of 42 runs.

Tamil Nadu knew they would leave with at least three points, courtesy of a first-innings lead, and even had a slight chance of going for an outright win on the fourth and final day. However, the opening combination of Dhull (202-ball 113*) and Shorey (107*) shut them down completely by stitching an unbeaten opening partnership of 228 runs. In the process, Dhull became only the third batter - after Nari Contractor (152 and 102*) for Gujarat in 1952/53 and Virag Awate (126 and 112) for Maharashtra in 2012/13 - to score a ton in each innings on his Ranji Trophy debut. He also became the third-youngest Indian -  after Ambati Rayudu and Nari Contractor - to score twin centuries in a Ranji Trophy game. 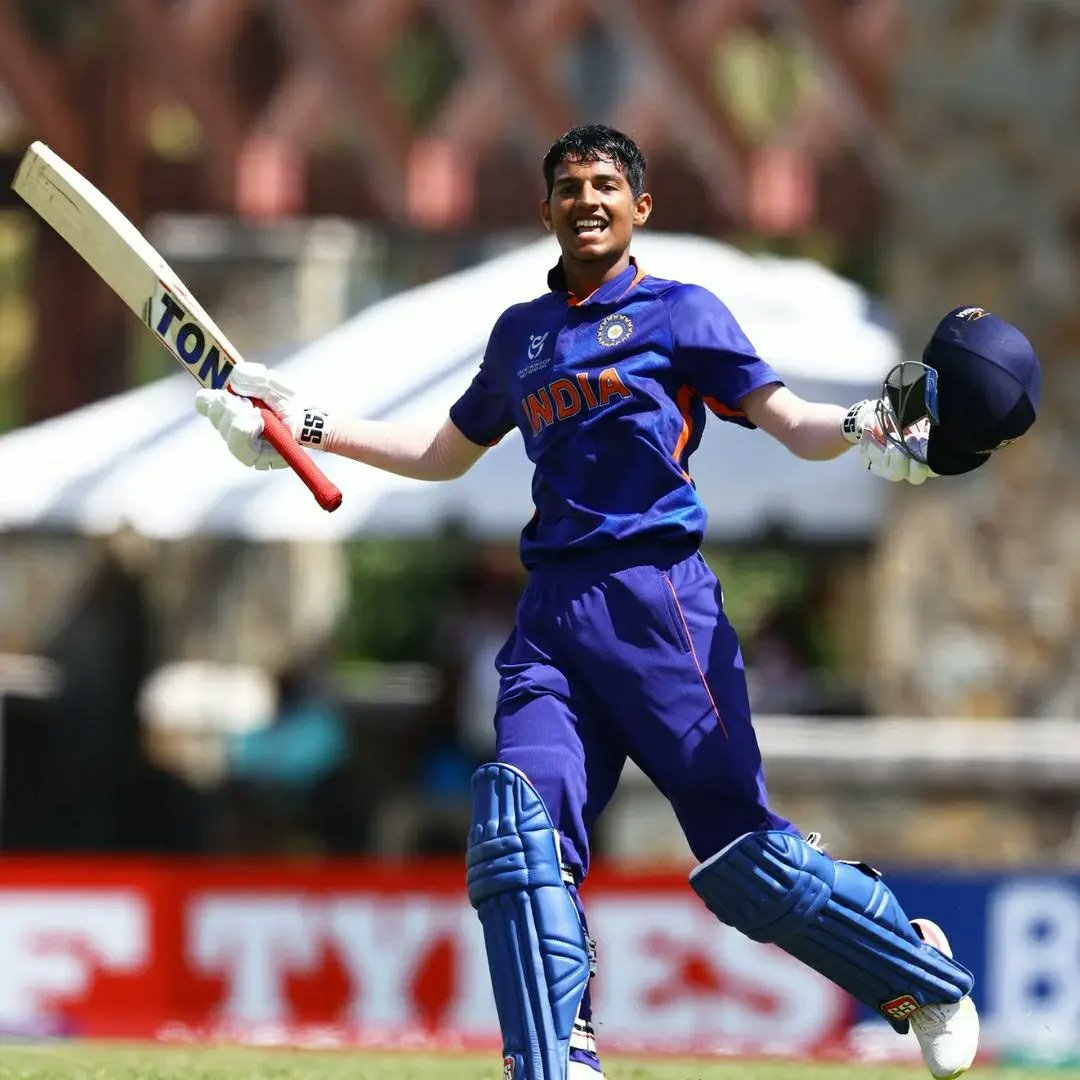 Dhull, who was bought by Delhi Capitals for INR 50 lakhs in the 2022 IPL mega auction, also has the experience of leading Delhi’s U-16, U-19, and India ‘A’ U-19 sides, and as a batter, was often compared to Virat Kohli and KL Rahul at the junior level. When he was just six years old, Dhull’s mother spotted him shadow-practicing on the street without a bat and soon enrolled him at the Airliner Cricket Academy in Janakpuri. In the Under-19 World Cup, Dhull missed two games but still ended up smacking 229 runs at a stunning average of 76.33.

Dhull played a crucial knock of 82 in the first game against South Africa, while the other Indian batters struggled to get going. He was the only Indian batter to cross the 40-run mark. He didn’t play against Ireland and Uganda but finished the game against Bangladesh, staying unbeaten on 20. However, the best was yet to come as Dhull smashed a stunning century (110-ball 110) against Australia in the semifinal after India had lost their openers cheaply. He was also quite impressive with his bowling changes and field placements throughout the tournament and it was pretty evident that captaincy comes naturally to him.

The future surely looks promising! There is no harm in getting your hopes high because Yash Dhull is here to stay. However, for now, all we could do is just sit back and enjoy the ride.