Execution is a big part of the slower delivery: Harshal Patel 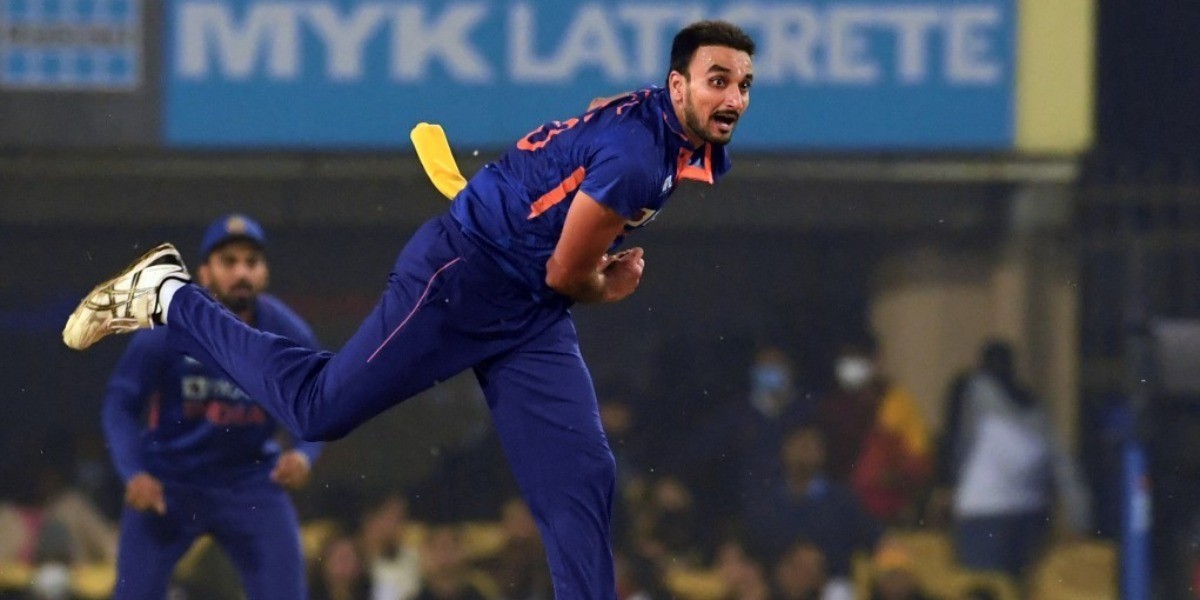 Execution is a big part of the slower delivery: Harshal Patel

On the back of yet another impressive display, all-rounder Harshal has opened about his game

For the third time in this series, Indian skipper Rohit Sharma won the toss, but this time surprised everyone by choosing to bat first. Batting first, India were total control of the game, with the openers Ishan Kishan and Rohit smacking the ball to all parts of the ground.

It wasn’t until the over from Mitchell Santner, which changed the complexion of the game with two wickets in the same over. However, India’s lower order – Shreyas Iyer, Venkatesh Iyer, Harshal Patel and Deepak Chahar – combined to put on a show, taking India’s total to 184 runs, which looked above par even with dew in play.

On the back of his excellent display with the ball in the second T20I, which earned him the Player of the Match, Harshal Patel was at his best in Kolkata as well. The Haryana all-rounder picked up two wickets, showed sensational control and deceived the batters with his slower deliveries, ending with figures of 2/26, after scoring 11-ball 18 with the bat.

“It seems so (easy). But I know it is a pendulum and it is going to turn the other way some time. You have to be ready for all of that and be switched on. My skill set is not going to change overnight, I have had success by doing the things I do well,” Harshal explained in the post-match presentation.

The all-rounder also insisted that his display wasn’t anything extraordinarily different and he just stuck by his tried and tested method. Yet at the same time, Harshal emphasized on the importance of execution.

“I tried to do the same in the IPL and executed well and got the results. Execution is a big part of the delivery, if you get it wrong more often than not it is going to sail over the rope. Sometimes your confidence is not up to the mark but you have to keep backing yourself. It (slower ball) is a weapon that I use often and one that I bank on,” he concluded.

On the other hand, Venkatesh Iyer, who struck a 15-ball 20 and followed it up with his maiden wicket for the country, showed his happiness over getting to bowl in the innings.

“That's what I am in the team for - batting and bowling. It was good to get a bowl finally. Everyone aspires to play for the country. If the team wins and that too comprehensively, it's a special feeling. I hope that this continues for a prolonged period of time,” Venkatesh said.

Iyer also insisted that ‘flexibility’ is key in international cricket and revealed that it is what he has really worked on, adapting himself to the situation, be it at the top or the middle-order.

“I have always maintained that as a professional cricketer, you got to be really flexible as to where you want to bat. There might be occasions where even though you are going to play in the middle-order, you might get to bat within the powerplay.”

That's something I have really worked on - adapting to whatever situation I am going to play. I am going to look to better that.”