Fantasy: Back the Lankan spinners to wreak havoc 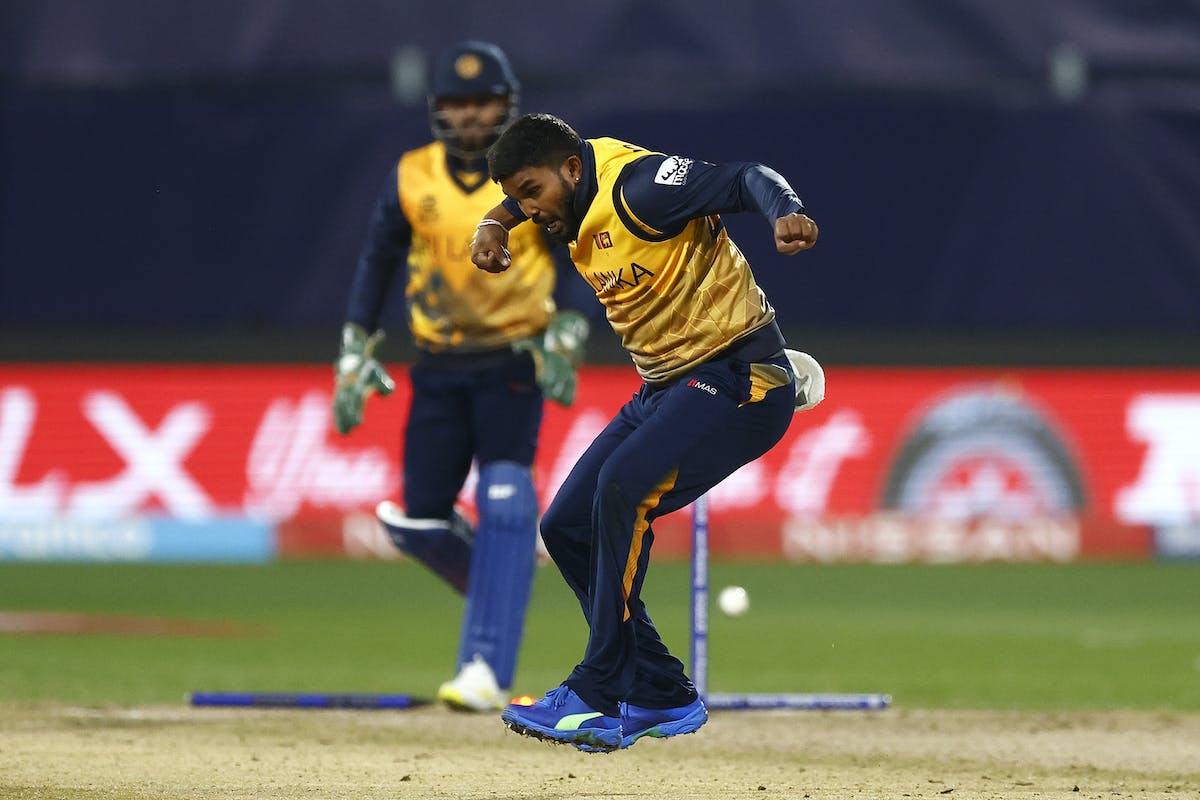 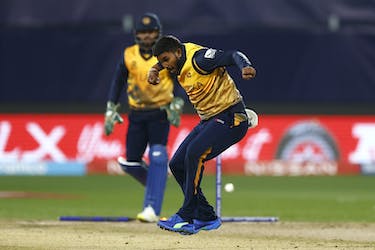 Fantasy: Back the Lankan spinners to wreak havoc

In what is all but a knockout encounter, Netherlands will take on Sri Lanka in Geelong on Thursday to decide the first qualifier from Group A. As things stand, Netherlands (2) have more wins than Sri Lanka, but victory on Thursday will see the Lankans leapfrog the Dutch and waltz straight into the Super 12 stage. All thanks to their superior Net Run Rate.

However, the good news for the Netherlands is that a defeat will not signal the end. They’ll still progress should UAE beat Namibia in the afternoon contest.

The biggest day of this T20WC, thus far, beckons us!

The Simonds Stadium in Geelong will host the all-important clash and it has to be said that the venue, overall, has been pretty sluggish and low-scoring. 137 has been the average bat-first score at the venue, with teams breaching the 150-run mark just twice.

What’s been noticeable across the four matches played at the venue is that spin has been extremely hard to put away.  The tweakers have sent down 55.1 overs and have maintained an astonishing economy of 5.4. Their bowling average (14.1) and strike rate (15.8) are also superior to that of the quicks.

This will definitely play into the hands of the Lankans, who have two world-class spinners at their disposal. 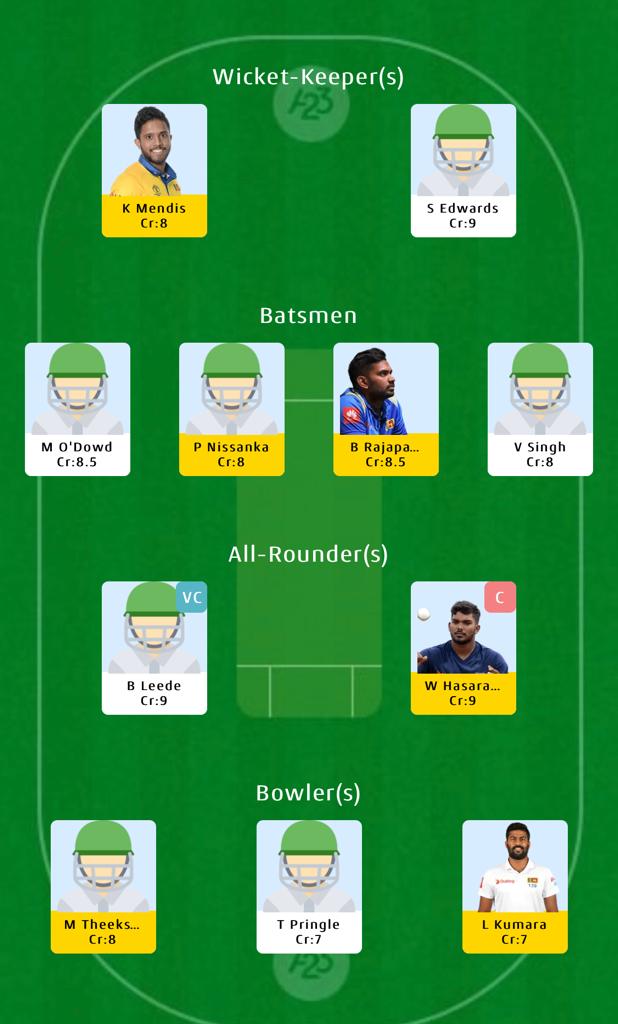 * In their last H2H meeting, in the T20WC last year, Netherlands got bowled out for 44 by Sri Lanka. Prior to that, in their first ever meeting in the 2014 WT20, they were rolled over for 39.

* In the meeting between these two sides in UAE last year, Sri Lanka’s spin twins, Hasaranga and Theekshana, registered combined figures of 5/12 off the 4 overs they bowled.

* The Netherlands have three bowlers (Klaassen, Pringle and van Meekeren) in this T20WC who boast an economy rate under 5.00.

* For the Dutch, Bas de Leede has the best batting average (44.00) and the best bowling average (7.40). He, in fact, is the highest wicket-taker in the entire competition, with 5 wickets to his name.

* It is highly advisable to have both Hasaranga and Theekshana in your XI. The Dutch batters are susceptible versus spin and the duo ran riot the last time these sides faced each other.

* Bas de Leede is one player who is a must-have, in the form he is in. Already the highest wicket-taker of this T20WC, he could easily pocket a few more come Thursday.

* Nissanka is another player who can be gambled on. If anything, backing Nissanka will be a safe bet. 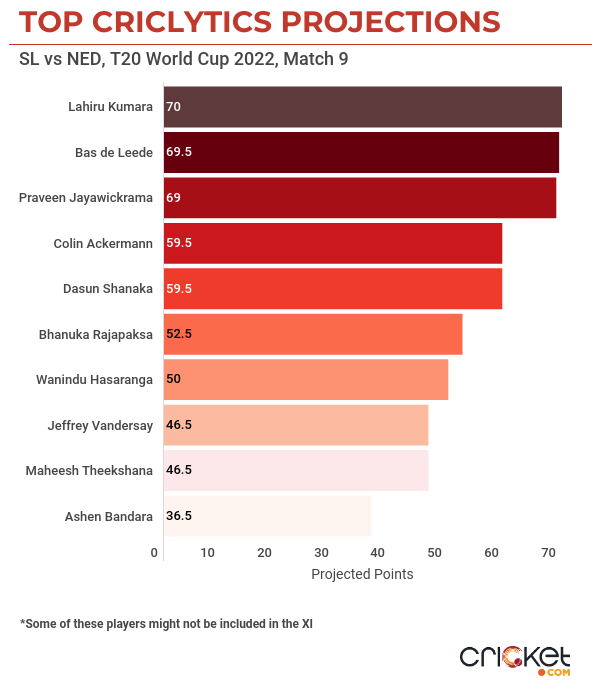