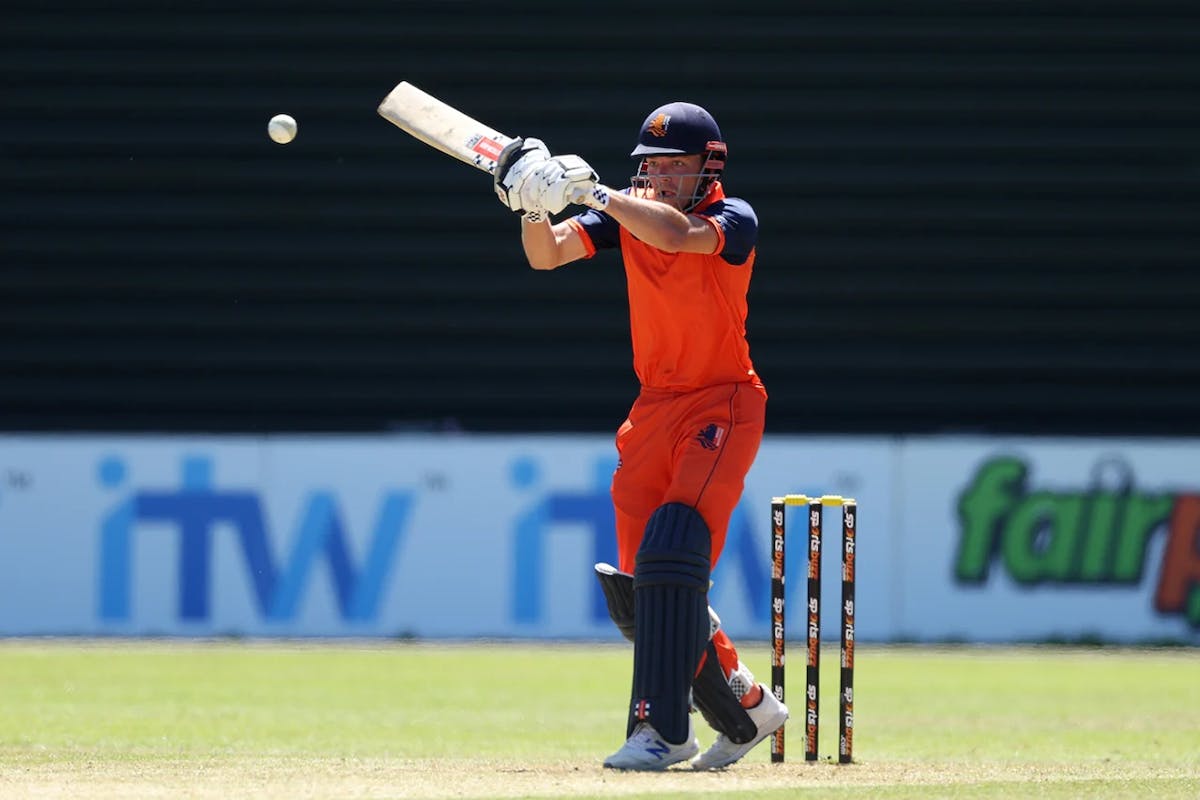 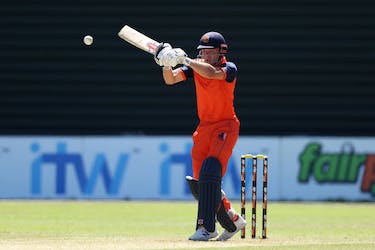 The Netherlands will take on New Zealand in the second and final T20I at Sportpark Westvliet on Friday (August 5). The hosts put up a good fight in the opening encounter but still ended up falling 16 runs short. Scott Edwards and Co. would now look to build on that performance and cause an upset in the second T20I. Meanwhile, the Black Caps would be eager to showcase their dominance and complete a 2-0 whitewash. 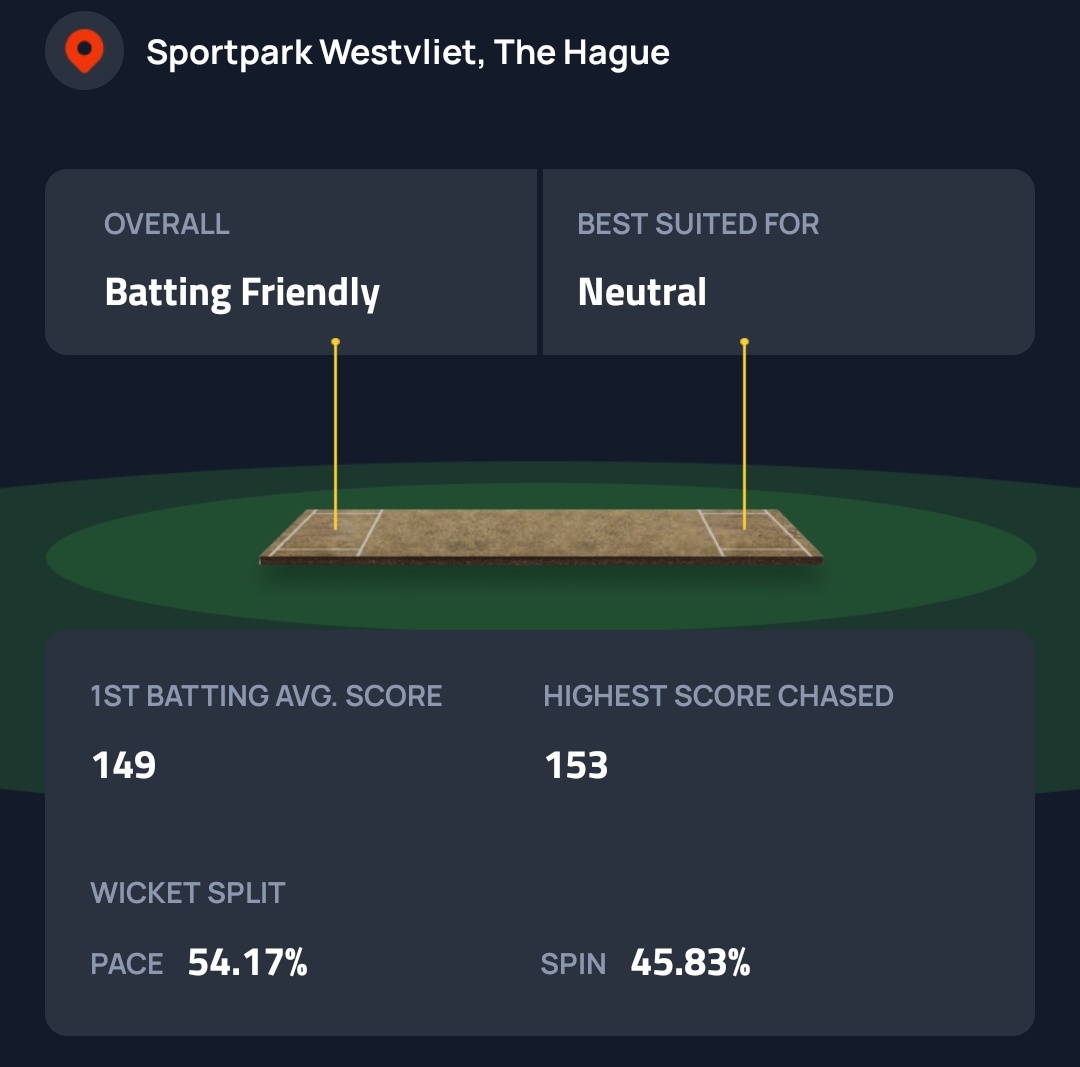 The Sportpark Westvliet hosted its first T20I since August 2019 and it ended up being a low-scoring thriller. New Zealand managed 148/7 in their 20 overs but the hosts failed to chase down the target and were bowled out inside 20 overs. New Zealand seamers Blair Tickner and Ben Sears claimed seven wickets between them, but make sure you have at least one frontline spinner in your XI. A couple of fast-bowling allrounders could also fetch you a lot of points. 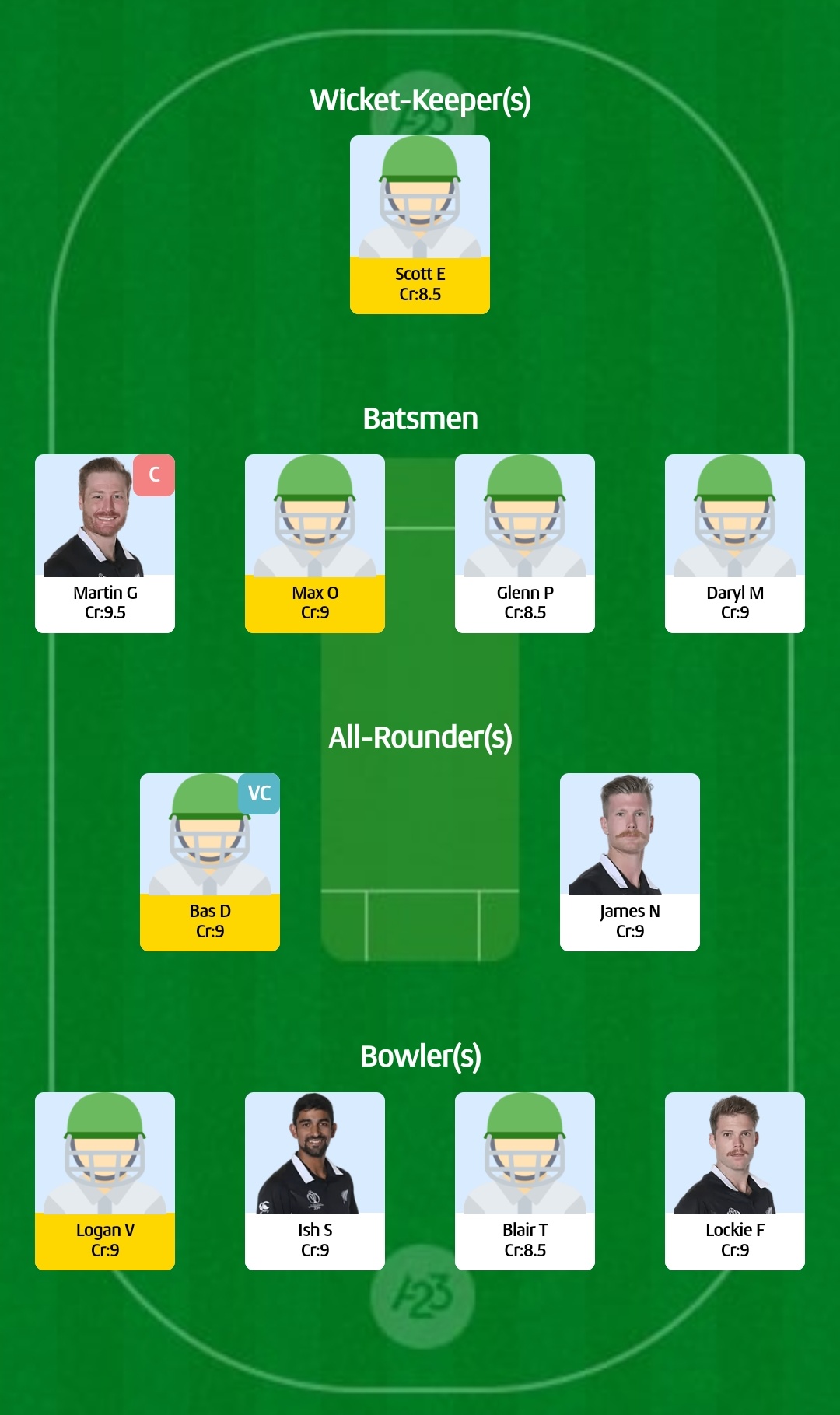 Martin Guptill, who scored 45 in the first game, has slammed 297 runs in eight T20Is since the last World Cup. The right-handed opener has two fifties to his name and has operated at a strike rate of 142.8. In this period, he has been dismissed for less than 20 only once.

Max O'Dowd has been Netherlands' most-consistent batter in this format since 2021. The right-handed opener has scored 475 runs in his last 13 innings at an average of 39.58, studded with three fifties and one century.

Glenn Phillips has been very consistent in the shortest format of the game. The right-hander has scored 506 runs in his last 21 innings at an average of 33.73 and a strike rate of 138.3.

James Neesham is someone else who could fetch you points in all three facets of the game. The left-handed batter smashed 32 off 17 in the first T20I and helped New Zealand get to a competitive total. In T20Is since 2021, Neesham has slammed 309 runs in 17 innings at a strike rate of 185 and has also picked up nine wickets.