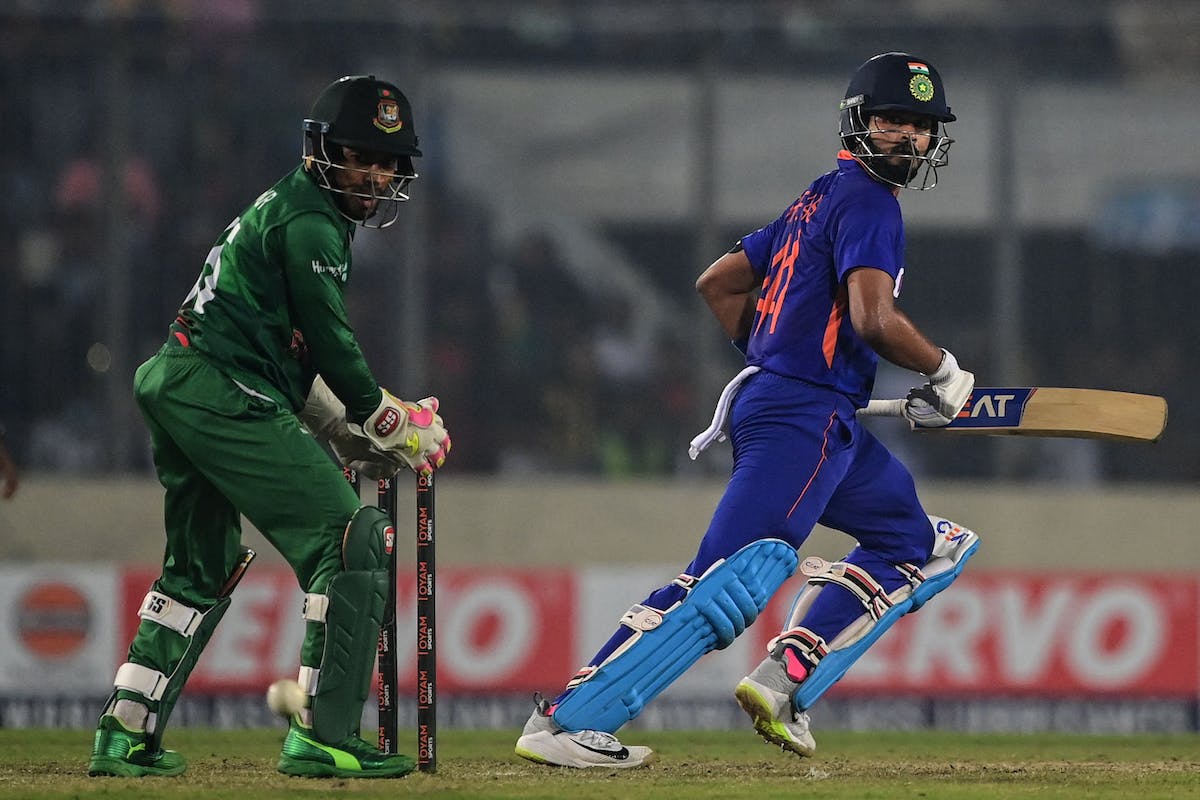 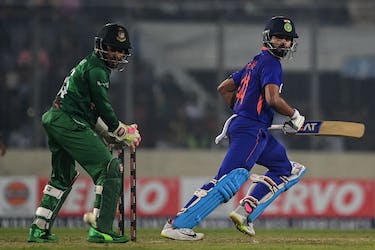 With the series already out of their grasp, team India, in the absence of their incumbent skipper Rohit Sharma, will be hoping to avoid a whitewash as the caravan moves to Chattogram, where the third and final ODI will be played at the Zahur Ahmed Chowdhury Stadium. While Bangladesh will be going all out to seal a 3-0 series win, due to there being ODI Super League points at stake, India will be playing for pride, hoping to salvage something. A victory will also give the Men in Blue some much-needed momentum heading into the two-Test series starting December 14.

The third and final ODI of the series will be played at the Zahur Ahmed Chowdhury Stadium in Chattogram, where four ODIs have been played since the start of 2021.

In terms of scores in this period, the venue has proven to be a mixed one. There have been two 290+ scores, but at the same time also two scores below 220. The last game played at the venue, between Bangladesh and Afghanistan, saw the hosts get bowled out for 193.

When it comes to bowling, rather surprisingly, pace has proven to be more effective than spin. Not only have pacers accounted for more than 60% of the wickets, they’ve also maintained a better average and economy than their slower counterparts.

No doubt we’ll be seeing a lot of spin on Saturday, but expect the seamers to cause a lot of trouble. 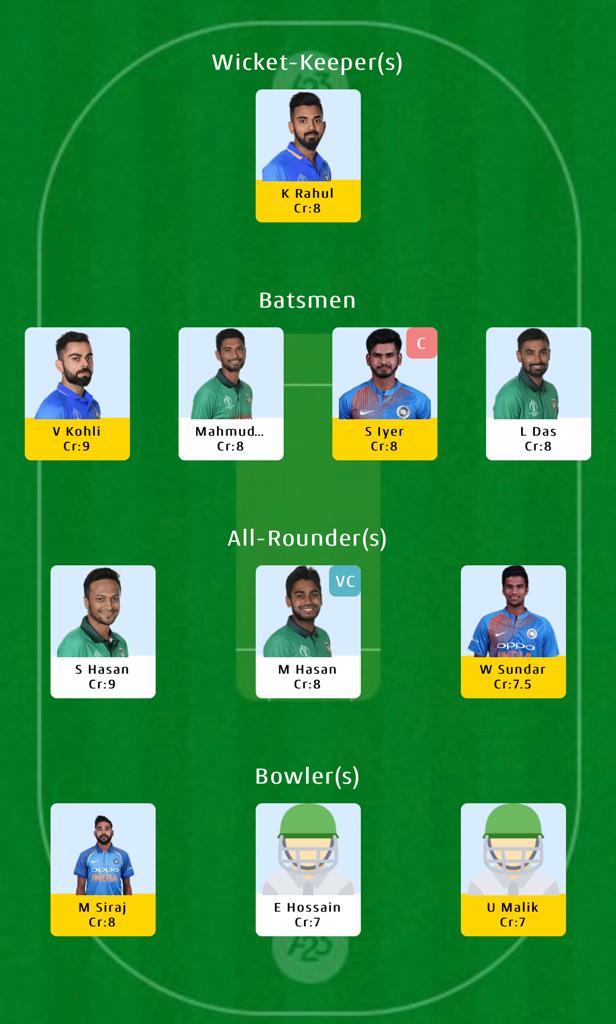 In his last 11 ODI innings, Shreyas Iyer has passed the 50-run mark 7 times. He’s averaging 74.11 in this period and he will enter the third ODI on the back of a valiant 82 in the second.

In ODIs in 2022, Mehidy Hasan Miraz is averaging a stunning 81.75, having been dismissed just four times in nine innings. He will be entering the third ODI on the back of two Man-of-the-Match showings, the second one being an unbeaten hundred. India is also a side Mehidy loves batting against. His scores against India in ODI cricket: 100*, 38*, 32 and 42.

In his last 11 ODIs, Shakib has gone wicketless just once. In this period, he’s picked 23 wickets at an average of 19.08 and ER 4.07. With 7 wickets to his name, he’s the joint-highest wicket-taker in the ongoing series.

Mehidy and Shreyas Iyer both are must-haves in the XI. Either player can be made skipper, though Mehidy could fetch you more points as he contributes with both bat and ball.

Like Mehidy, Sundar is another enticing pick in the form he’s in. He, along with Shakib, also looks like a must-have in the XI.

Don’t sleep on Ebadot Hossain, who is joint-highest wicket-taker in this series. Given how favorable Chattogram has been to the pacers, of late, Ebadot could prove to be a very prudent pick. 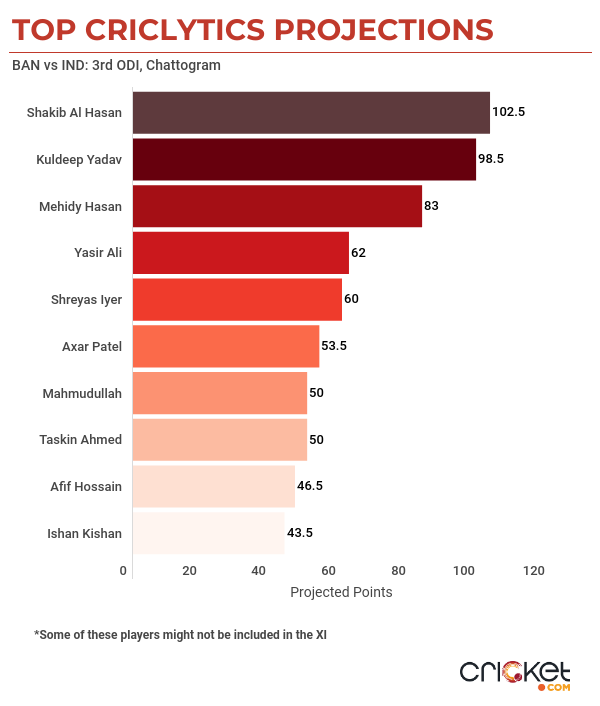