Fantasy: Bank on Warner and Zampa’s invincibility at home 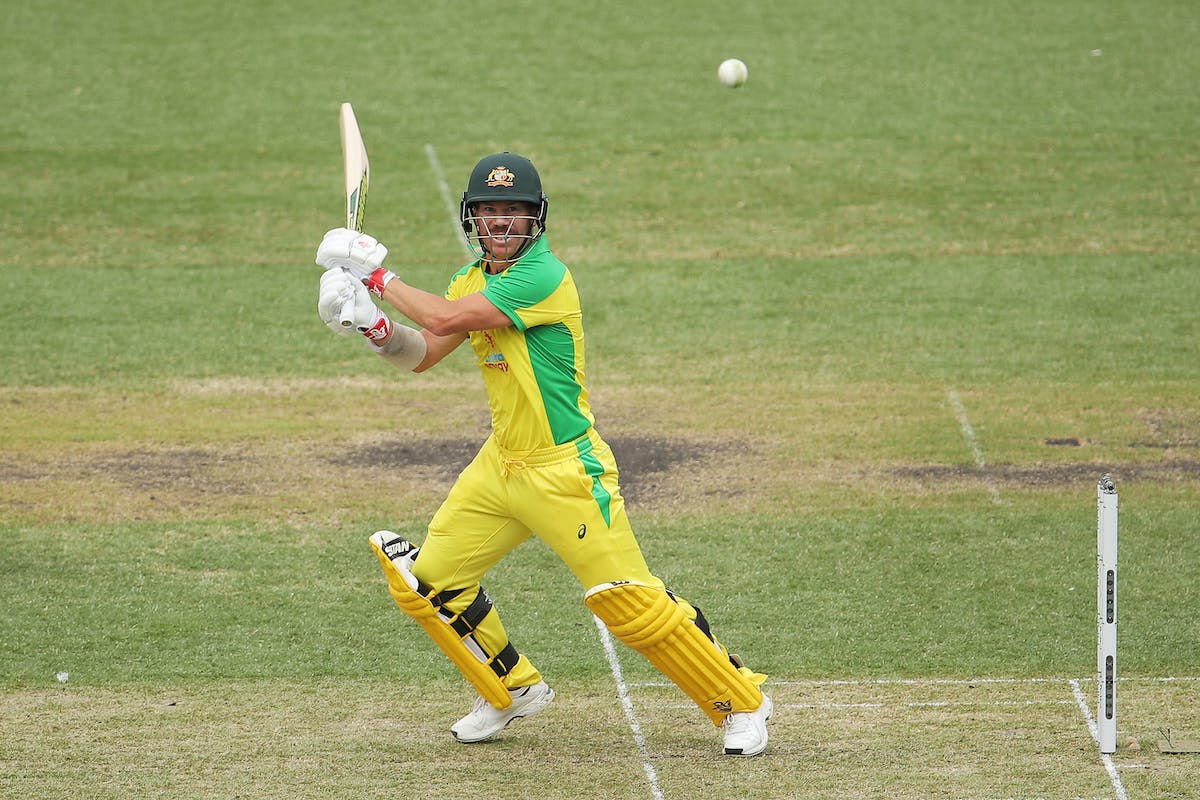 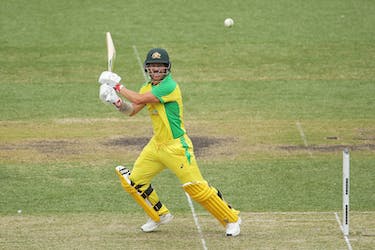 Fantasy: Bank on Warner and Zampa’s invincibility at home

For the first time in four years, international cricket returns to the Carrara Oval in Queensland as defending champions Australia take on West Indies in a two-match T20I series which is set to serve as warm-up for the T20 World Cup starting in just over 10 days’ time.

The first T20I on Wednesday will mark the first of five matches for the Aussies at home prior to the T20WC, as they look to successfully defend their crown, while for the Windies, the series will be their last opportunity to fine-tune things before the Qualifiers, starting October 16.

Australia will enter the series as overwhelming favorites, but the Windies will be hoping, at the very least, to give the hosts a run for their money, if not pull off a mighty upset and enter the T20WC brimming with confidence.

Only T20I has ever been played at the Carrara Oval in Queensland so there really isn’t any merit looking at what happened in that particular clash four years ago. However, a total of seven Big Bash League (BBL) matches have been played at the venue since the start of 2021, so looking at those numbers might tell us something.

These scores are indicative of the fact that it’s a wicket that has historically been on the slower side.

Slower wickets, in general, tend to be spin-friendly and the  Carrara Oval is no different. Since 2021, spinners have maintained an ER of 7.3 compared to the pacers’ 8.4. Pacers have taken a larger proportion of wickets, nearly 77%, but that’s because they’ve nearly bowled 65% of the overs.

The evidence at hand, then, suggests that we might have a pretty moderate-scoring contest on Wednesday. 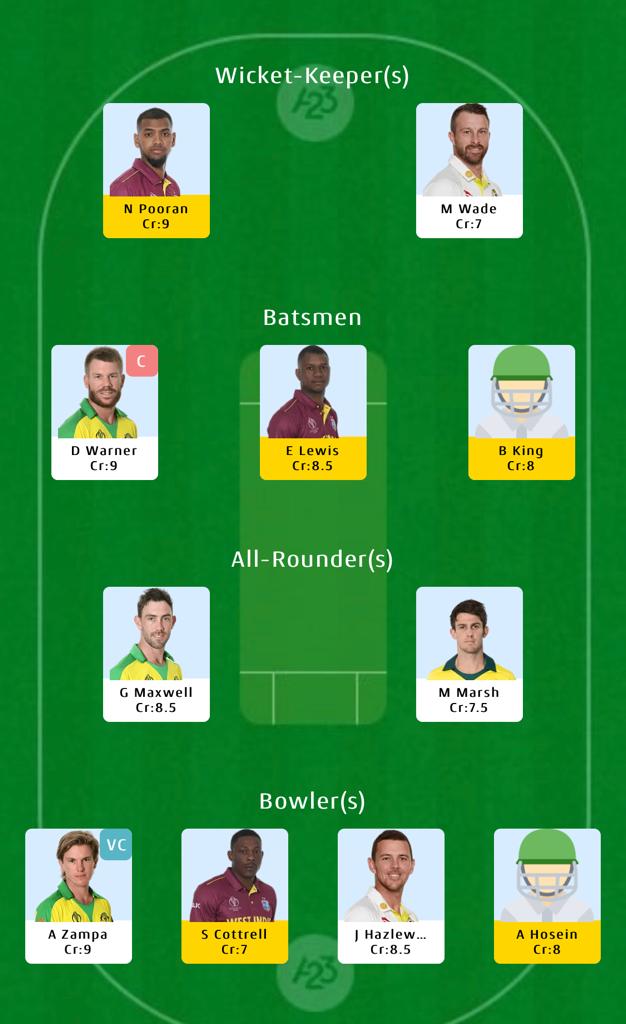 * Brandon King is in outstanding form. The right-hander has scored 3 fifties in his last six T20Is, and is also coming on the back of a remarkable CPL 2022, where he topped run-scoring charts with 422 runs to his name. In the final, his unbeaten 83* propelled the Tallawahs to the title.

* With 533 runs to his name, Nicholas Pooran is the fifth-highest run-getter in T20Is this calendar year. Among Windies batters, he is the only one to have amassed over 500 runs in 2022.

* In his last 5 T20Is at home, Josh Hazlewood has taken 12 wickets. Thrice he’s taken at least three wickets in an innings, in the said period.

* Warner might not have played a T20 since June, but his stupendous record in T20Is at home makes him a prime candidate for captain. In a way, making Warner the skipper will almost be a safe gamble.

* Brandon King has never played a T20I in Australia but in the form he currently is in, he could be a wildcard pick for vice-captain. 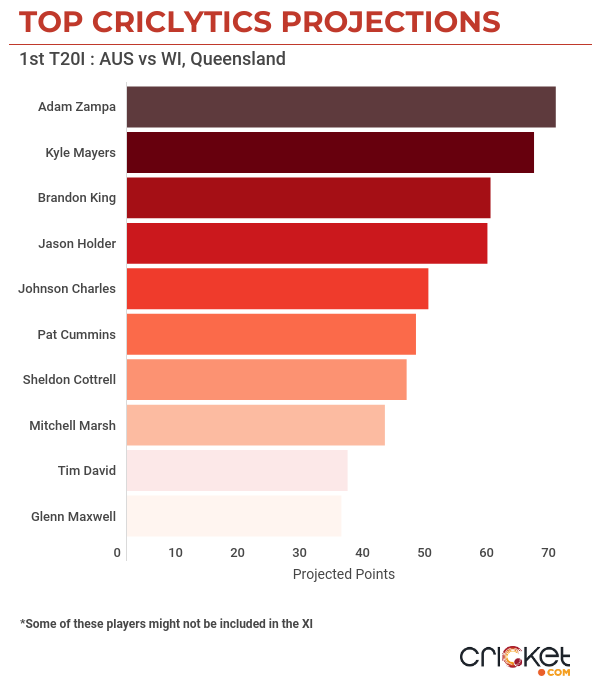