Fantasy: Bristol can deliver its third high-scoring game in a row 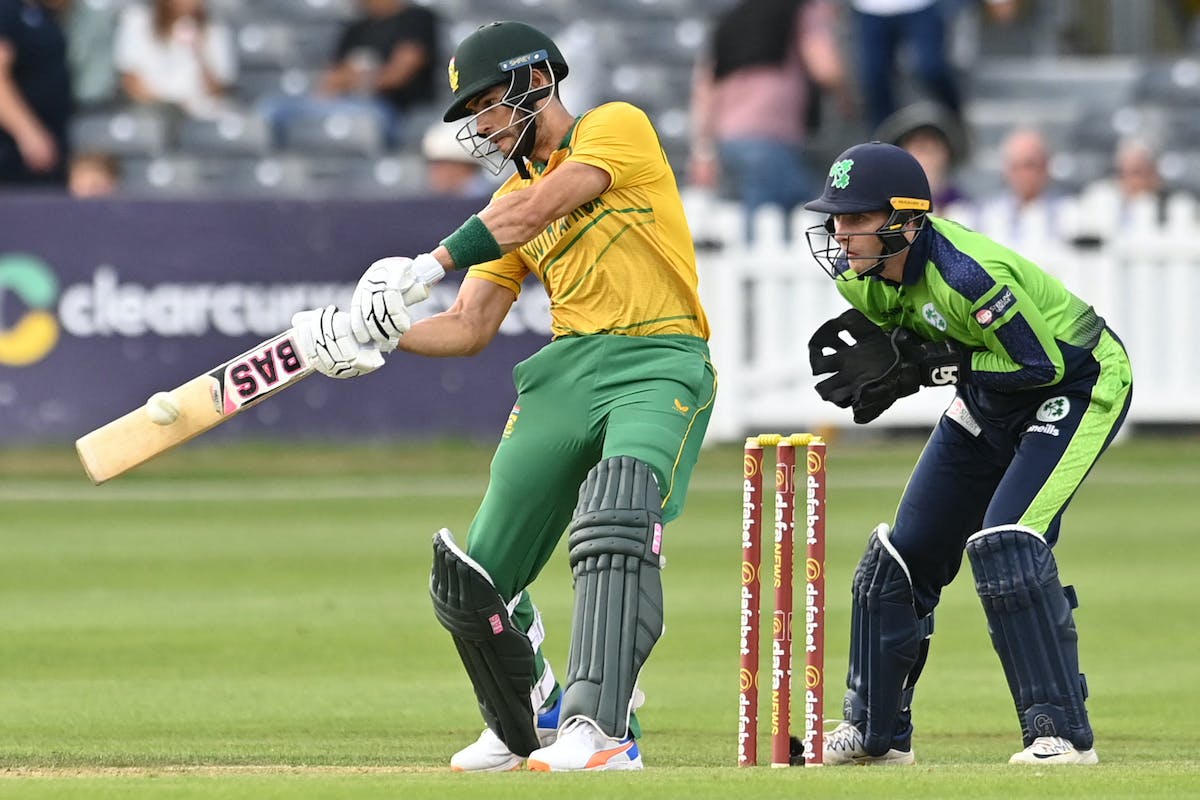 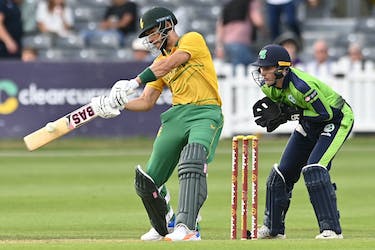 Fantasy: Bristol can deliver its third high-scoring game in a row

Ireland will lock horns with South Africa in the second and final T20I in Bristol on Friday (August 5). The Proteas are leading the series after winning the first match by 21 runs. Ireland have been in good form in white-ball cricket this season without any results going their way. After competing against some strong Test playing nations like India and New Zealand, they would like to cap off the ongoing series with a win over South Africa, before Afghanistan arrive on their shores.

The County Ground in Bristol has hosted only two T20 internationals in the past three years - both over the past 10 days. Both games saw first innings totals well in excess of 200 - England hammered 234 against South Africa and the Proteas responded with 211 on board against Ireland in the first T20I. Both games were won by the team batting first but also saw 190 runs on board in the second innings.

Expecting the same trend to continue, you should focus on a batting heavy XI. Both sides have some in-form top-order batters who should not be missed out on. This also elevates the value of seam-bowling allrounders. 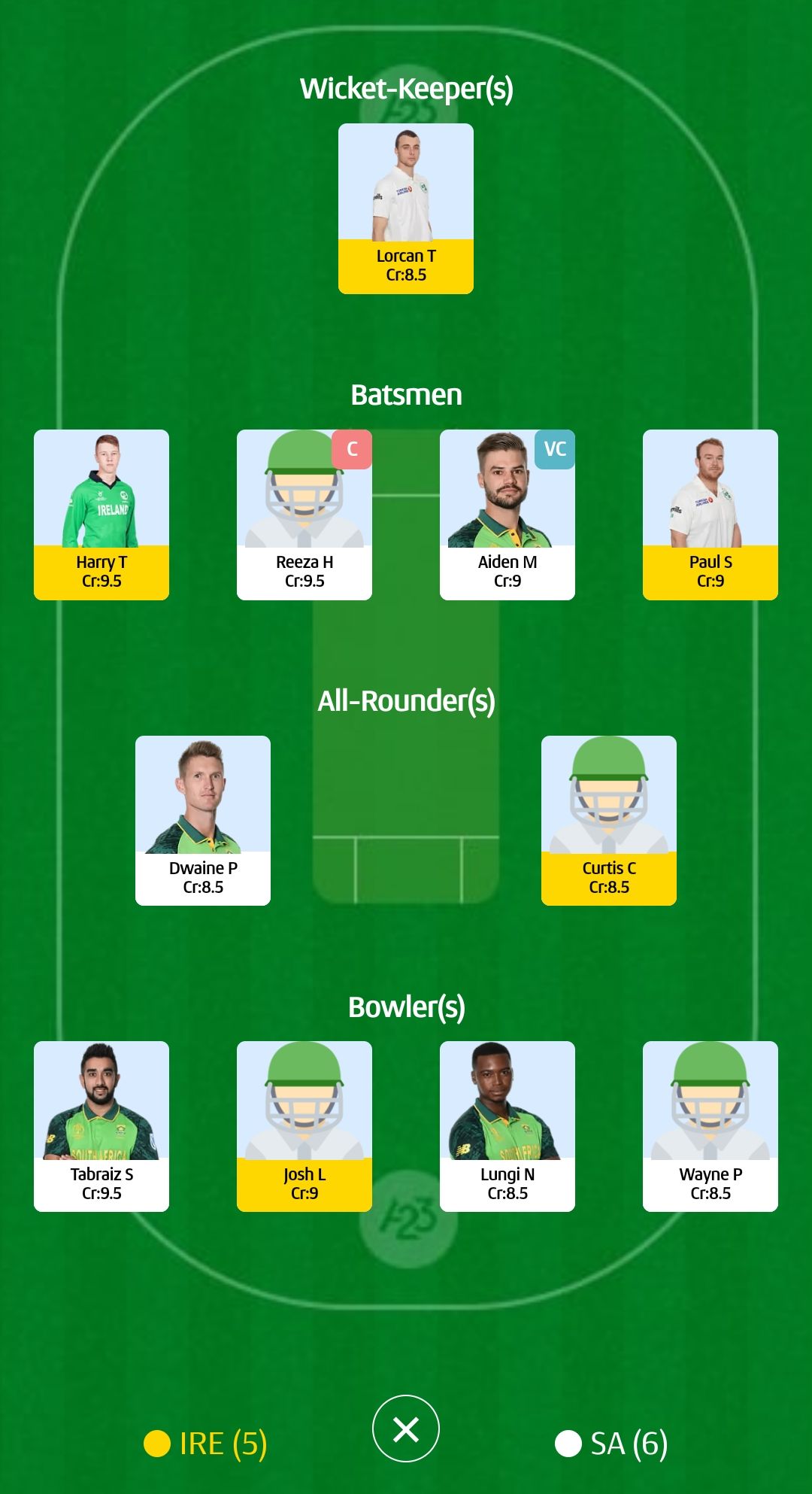 -With his 74 in the first T20I, Reeza Hendricks has become the first Protea batter to score four T20I fifties in a row, and the fifth overall. He averages 46.8 this year at a strike-rate of 147.1. Hendricks is in the form of his life this season. Playing in Bristol twice in the last 10 days, he understands the track as well which makes him the ideal choice to be your captain.

-Markram has been another South African batter who has been in top form. He has fifties in each of his last three T20Is - scores of 56, 51* and 52*. In addition, he can add bowling value to your side as well.

-Paul Stirling is the joint second highest run scorer for Ireland in T20Is this year with 255 runs. But he averages only 19.6 in 2022. Against South Africa, his average lingers at 15.3 in four matches.

-With 47 wickets in 30 T20Is since 2021, Tabraiz Shamsi has been a wicket-taking bowler in the format. He can be expensive but it is the wickets that create the difference in fantasy cricket.

-Lungi Ngidi has snapped 12 wickets in six T20Is this year. Despite bowling mainly in the powerplay and the slog overs, his economy is only 7.3 runs per over. Seven of Ngidi’s wickets have come in the last five overs of the innings. Ireland’s batting has been hit and miss at the back end of the innings this year which provides Ngidi an opportunity to better his record further.

-Harry Tector has been in excellent white-ball form this year. In ODIs, he averages 76.8. In 10 T20Is, the average is 31.9 alongside a strike-rate of 137.1. On a batting track, you can take a punt on the youngster in a captaincy role as well.

-Rassie van der Dussen has managed only 32 runs in four T20I innings since his 75* in Delhi in June this year. However, batting at three, Rassie will have ample time to fix these numbers. His pristine touch in the ODIs assures you that a big performance in the T20Is is not far away. 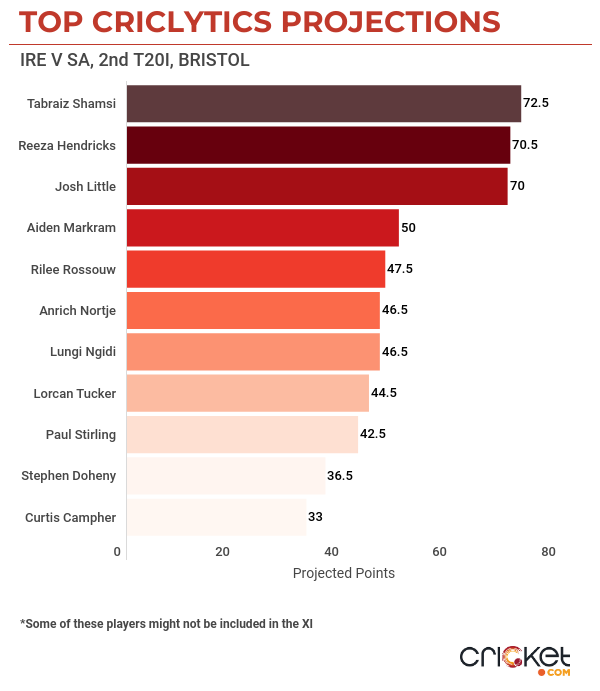