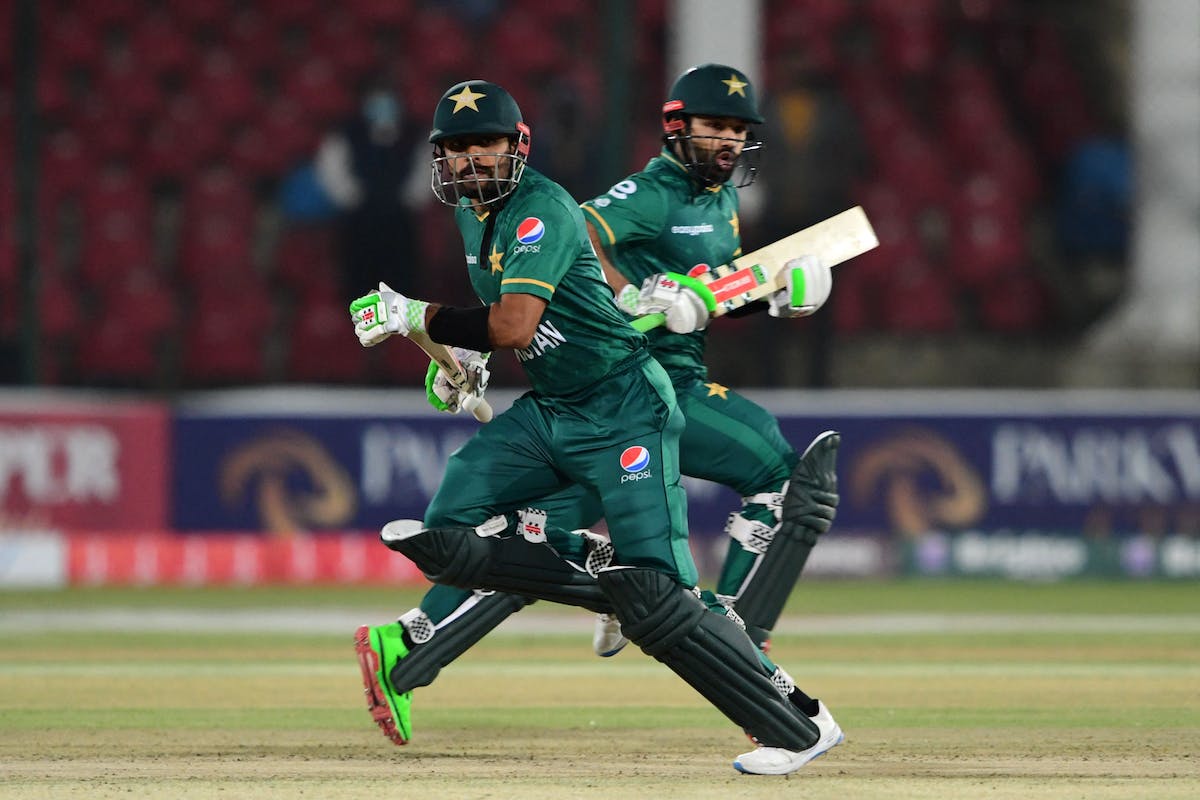 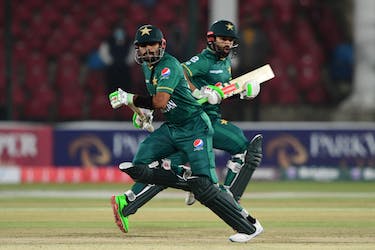 Pakistan will take on Afghanistan in the Super Four stage of the 2022 Asia Cup. It is the fourth game of the Super Four stage. Pakistan are coming from an inspiring victory against their arch-rivals, India. Afghanistan, on the other hand, lost their previous game to Sri Lanka and need to win this fixture to stay alive in the tournament.

Sharjah has hosted 14 T20Is since 2021 with an average first innings score of only 153. The spinners here have picked up wickets at an average of 19.1 and a strike rate of 17.1, while the corresponding numbers for seamers are 31.8 and 23.9. Such a difference in favor of spinners is an anomaly given the pacers bowl majorly in the more productive phases of the innings. It only shows how effective spin can be at this venue. Both teams have plenty of spinners that can throw a cat among the pigeons. It’s a smaller ground compared to Dubai but a spin-heavy attack is the way for this fixture.

From the batting point of view, Mohammad Rizwan is the most obvious pick. Since 2021, Rizwan averages 73.4 in T20Is. 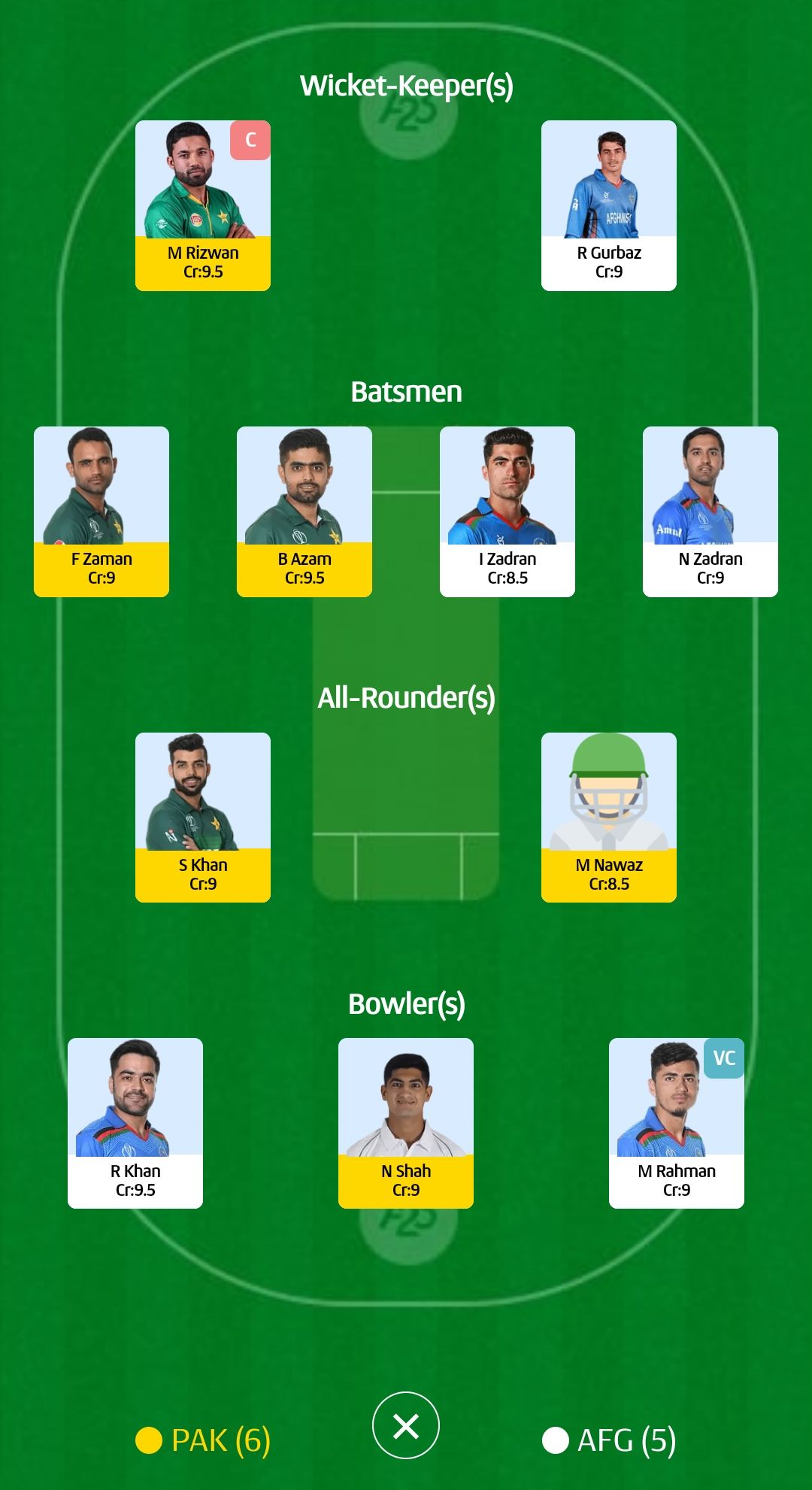 -Pouching seven wickets, Mujeeb Ur Rahman is the highest wicket-taker in this Asia Cup. Mujeeb knows the Sharjah wicket like the back of his palm. He has 12 wickets in five T20Is at the venue, at an unbelievable figure of 9.3 runs per wicket.

-Najibullah Zadran is in the best form of his life, scoring 317 runs this year averaging 35.2 while striking at 153.2. He is another player who is fond of the Sharjah wickets. Najib’s modus operandi of hitting the ball straight helps him target the short boundaries of the stadium despite the innate slow nature of the pitches.

-Shadab Khan has an average of 13.7 and ER of 5.7 in the UAE, compared to 23.97 (avg) and 7.44 (ER) elsewhere. At Sharjah, the leggie has picked six wickets in three matches, including a four-for the last time he played there (vs Hong Kong). The Afghans are better players of spin but it would still be tough to counter Shadab on a sluggish track.

-Babar Azam has been out of touch in this competition but cannot be neglected. Regardless of his recent numbers, he is an excellent player of spin and if he gets his eye in, he will churn out many points for you.

-Rahmanullah Gurbaz is a breathtaking opener who can take the game away from the opposition in the blink of an eye. He stroked a fluent 84 off 45 balls against Sri Lanka which vouches for his excellent touch.

-Fazalhaq Farooqi can swing the new ball and contains a bag of tricks for the slog overs. Thus, he can be a highly productive seam bowler for your fantasy fortunes. 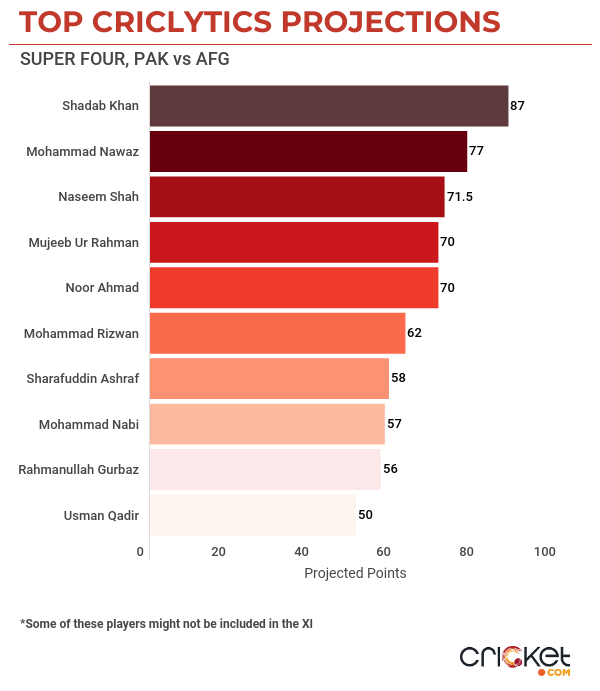