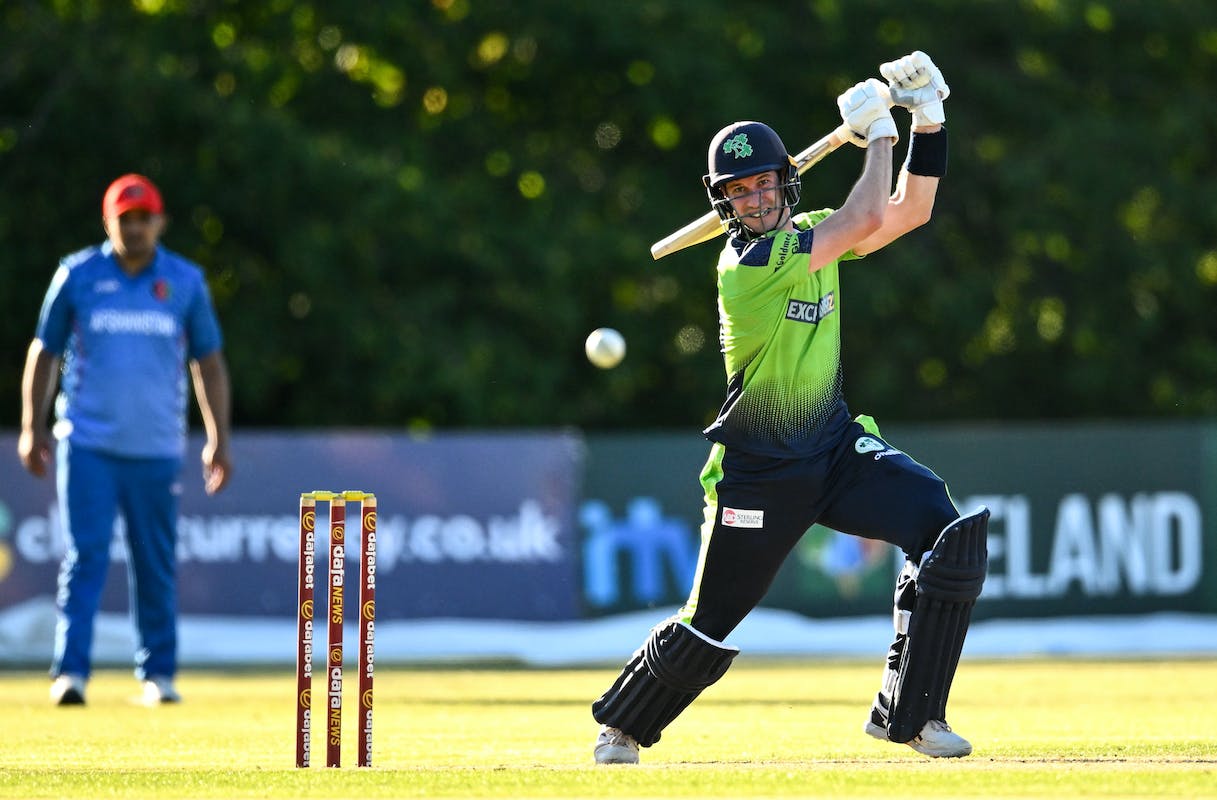 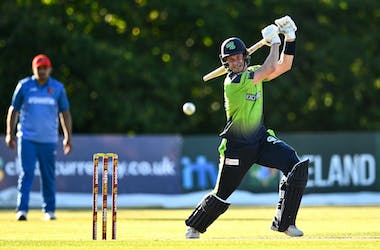 Having bounced back from 0-2 down to make it 2-2, the Mohammad Nabi-led Afghanistan side will be aiming to complete a famous comeback and seal the series at the Civil Service Cricket Club in Belfast on Wednesday. Despite the scoreline reading 2-2, Afghanistan will have momentum on their side thanks to having won the last two games. On Monday, they registered a thumping 27-run victory even though the match was reduced to a 11-over affair owing to rain. All through the year, it’s been ‘so close, yet so far’ for Ireland and so the hosts will be desperate to not let this one slip; they will be aiming to get back on track and get the job done.

The fifth and final game of the series will be played at the Civil Service Cricket Club in Belfast and it has to be said that, barring the second game, the series has proved to be a high-scoring affair. 168 and 189 were the first innings totals posted in the first and the third game respectively, and though the fourth game was rain-curtailed, it oversaw a combined match run rate of 10.77. Afghanistan amassed 132 off 11 overs, in response to which Ireland posted 105 in 11 overs themselves. In that regard, it will be a big surprise if the final game, too, doesn’t witness runs. Lots of runs.

In terms of toss, there has been no pattern. While Ireland won the first two matches chasing, Afghanistan trumped twice batting first. It might just come to preference, and as we’ve seen historically, Afghanistan are a side that love batting first and putting pressure on the opposition.

And finally with the ball, spin, unsurprisingly, has been less-expensive compared to pace. Pacers have taken nearly 64% of the wickets, but their ER has been 8.5 compared to the spinners’ 7.5. Should the wicket even be a tad slow, Afghanistan will be itching to get their slower bowlers into action. 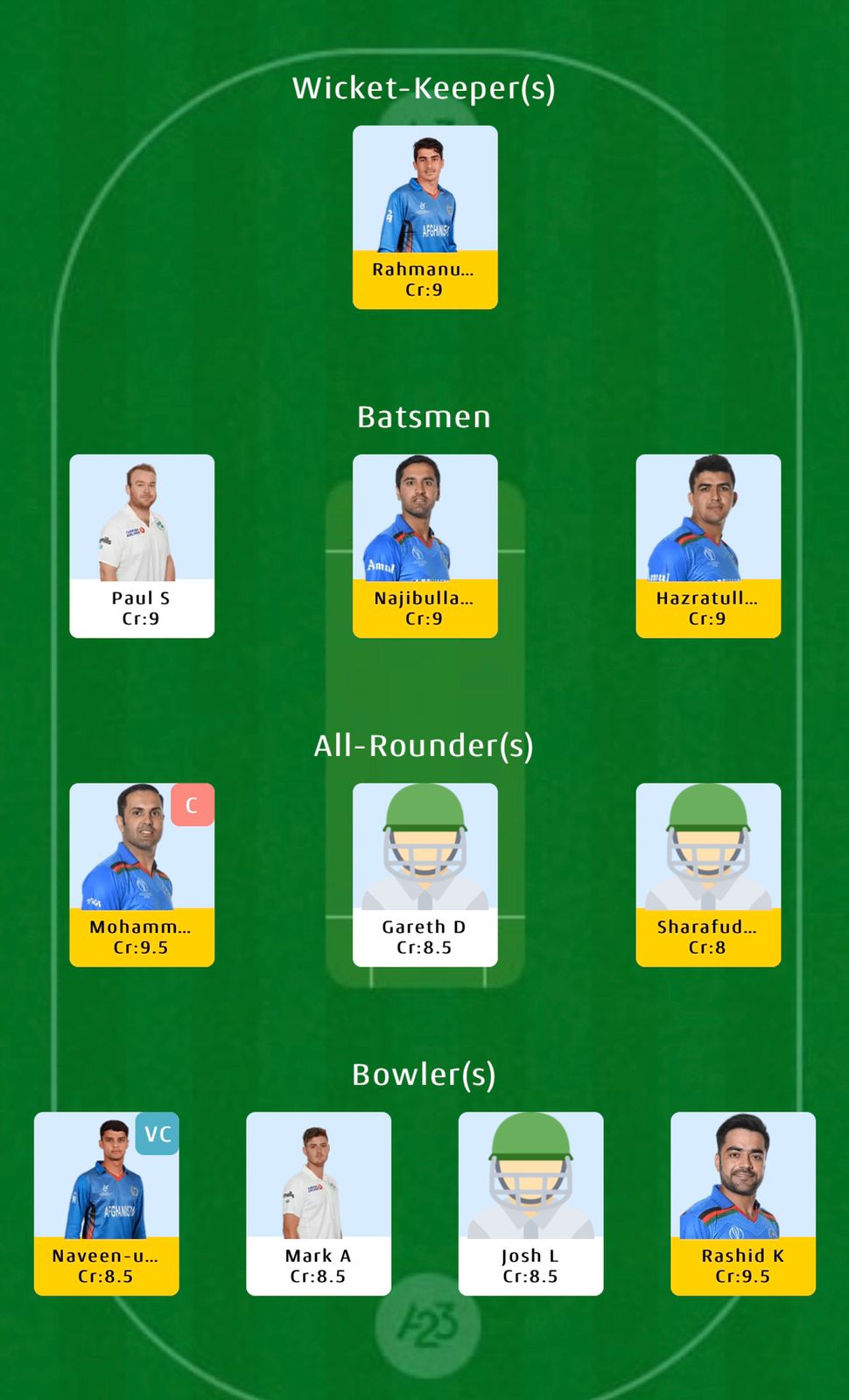 * Across the third and fourth T20Is of this series, Najibullah struck 92 runs from just 42 balls. He’s hit four more sixes (9) than anyone else in this series.

* In this series, Ireland skipper Andrew Balbirnie has struck at 155.8     inside the powerplay. In the fourth T20I, Balbirnie blasted 15 runs off the 5 balls he faced in the first six.

* Gareth Delany has taken 10 wickets in his last 6 T20Is. In this period, he’s taken 2 or more wickets 4 times and has gone wicketless only once. He will enter the fifth and final T20I on the back of a three-fer.

* Rashid Khan’s bowling SR of 26.2 is the worst for him in T20Is in any calendar year. He’s only taken 2 wickets in this series from 4 matches, going wicketless on three occasions.

* Dockrell and Najibullah are, by some distance, the two most in-form players in this series. Not only is having them in your fantasy XI a must, it would be advisable to gamble on one of the two as your side’s skipper.

* Gareth Delany has become a banker with the ball and hence he is another must-have in the XI.

* Despite Rashid Khan going through somewhat of a dry phase, it’ll never be a bad option to gamble on the experienced campaigner. He can, at times, rise to the occasion with the bat too, as he showed in the fourth T20I. 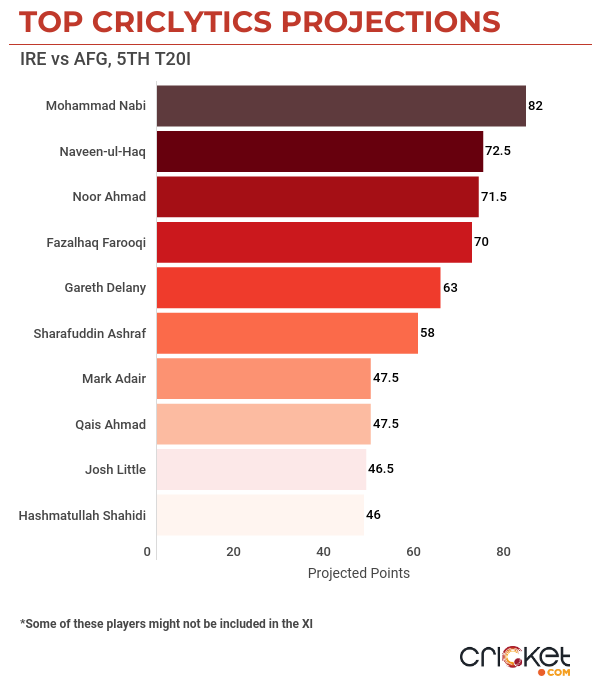