Fantasy : Continue to trust Allen and Conway to deliver 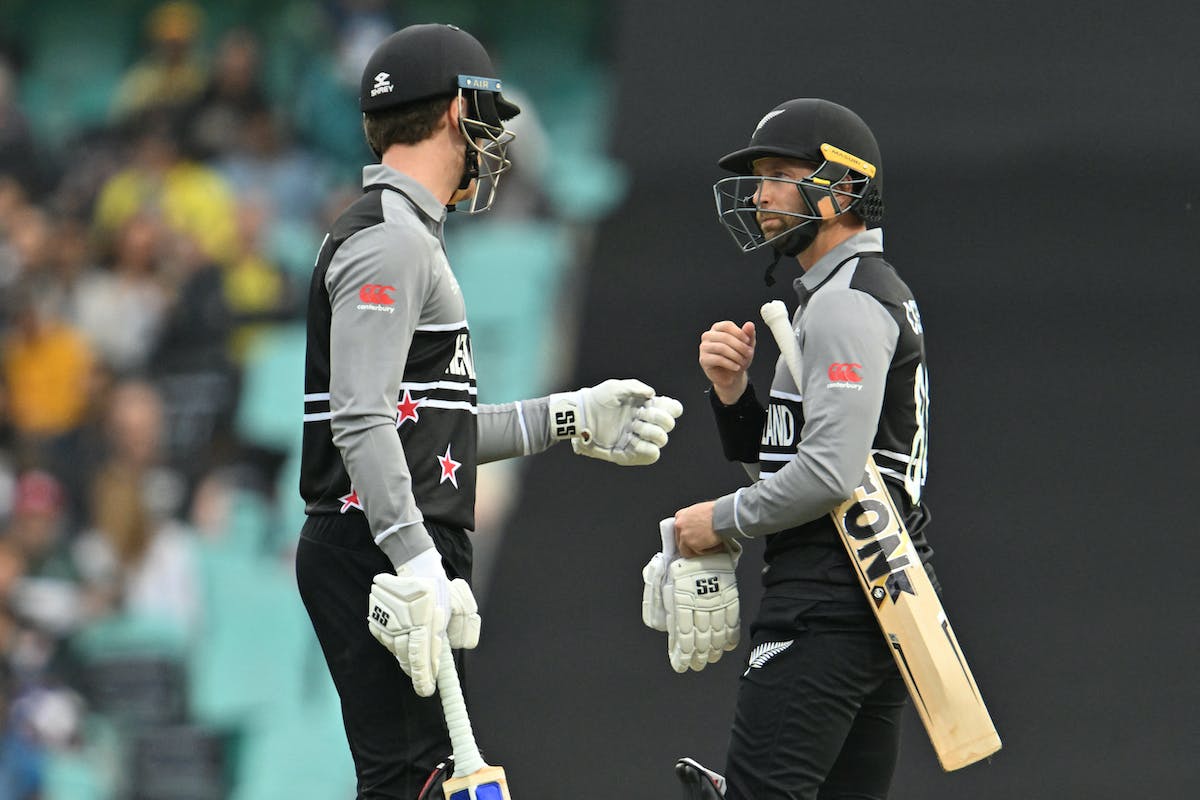 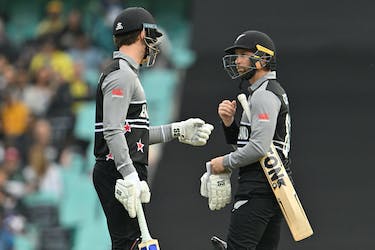 Fantasy : Continue to trust Allen and Conway to deliver

Never in the history of any cricket world cups, New Zealand are considered as a champion side. They come as underdog, slip under the radar before all and sundry find them as the finalists. This is the story of the 2015 World Cup, 2019 World Cup, and 2021 T20 World Cup. The narrative just holds. Sticking to the pattern, they overwhelmed the hosts and defending champions Australia in the opening encounter of the Super 12 phase and now have a great chance of strengthening their position at the top by toppling Afghanistan

In T20Is this year, the fast bowlers have completely bossed the proceedings at MCG, picking up 78% of the wickets here. They have struck every 17.3 deliveries, 22.2 runs apart. At an average, the spinners have picked up just a wicket per innings, doing so at an average of 48.4, picking up a wicket every 39.4 deliveries.

Against spin, New Zealand are statistically the second-best team, with a run-rate of 8.7, joint-most with India. While spin didn’t really play a big role in India’s clash against Pakistan but Afghanistan spinners are a different gravy. Rashid Khan, Mujeeb ur Rahman and Mohammad Nabi are perhaps the best in the world. 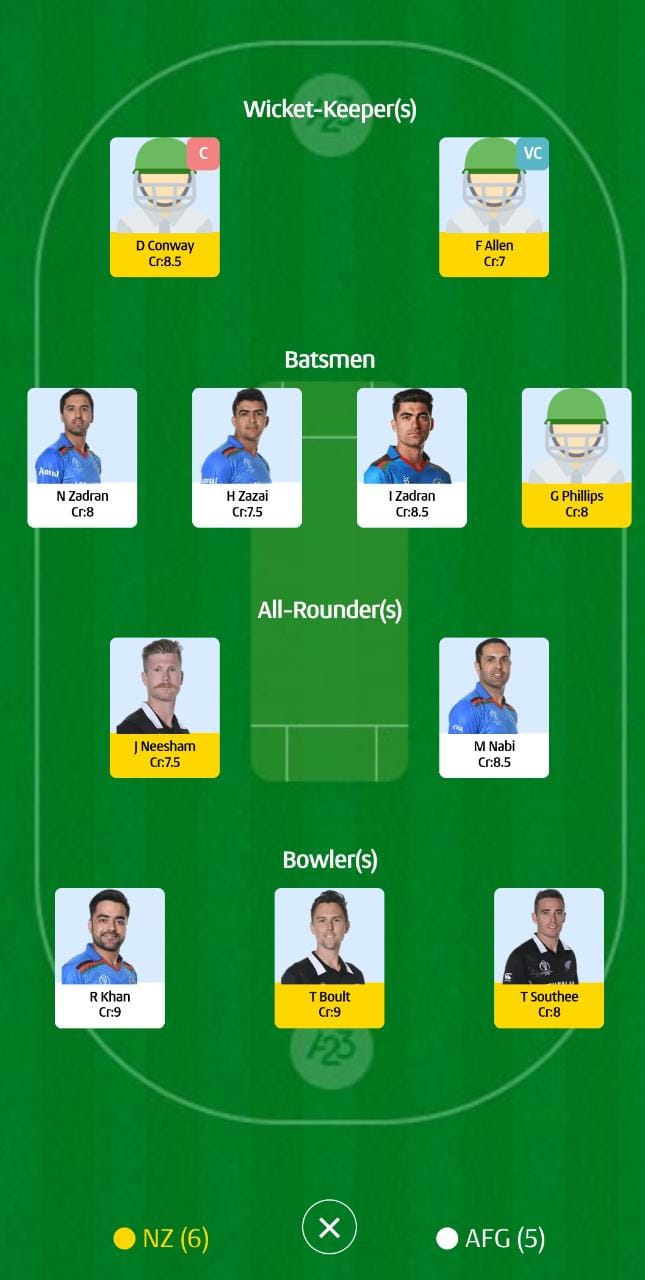 Kane Williamson may have the best average for a New Zealand batter in the T20 World Cups, with an average of 32 but in 2022, the right-hander has suffered a major dip in the form, with 443 runs, coming at an average of 24.6 and a strike-rate of 105, which is an all-time low for the right-hander.

Afghanistan have the worst strike-rate against pace in this year’s competition, at 83, and it wouldn’t be a surprise if the Kiwis attack them with pacers right from the outset. On the other hand, against spin, New Zealand are statistically the second-best team, with a run-rate of 8.7, joint-most with India.

Tim Southee has been of one New Zealand’s mainstays in the global tournaments. In T20 World Cups, his 25 wickets is the most for a Kiwi bowler and followed by Nathan McCullum who has taken 23 wickets in the global event.

Afghanistan’s Ibrahim Zadran will have a big role to play in this encounter as the right-hander is going through a great run of form. He has thirty-plus scores in each of his last five T20I innings and could very well be the differenitor in the big Melbourne Cricket Ground where hitting sixes may not be the best available option.

Finn Allen has been explosive against both pacers and spinners with an SR of 160+ against both of them. Left arm pacers have troubled him the most in T20Is. His partnership with Devon Conway will be in focus once again. 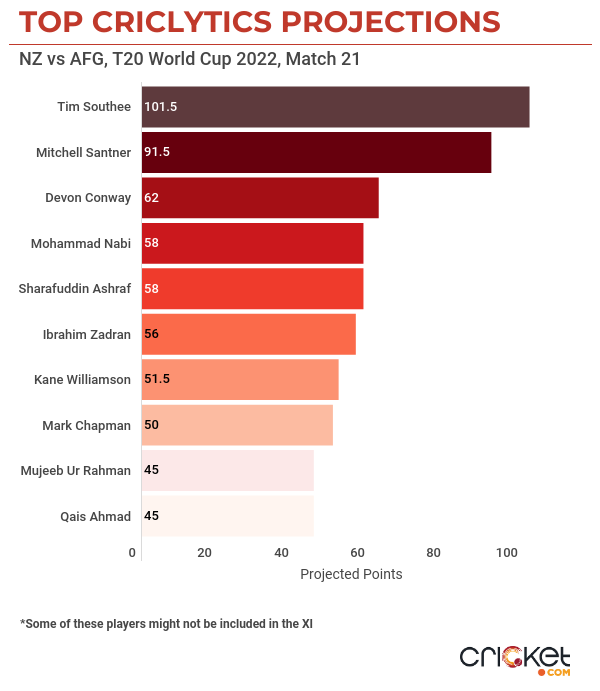