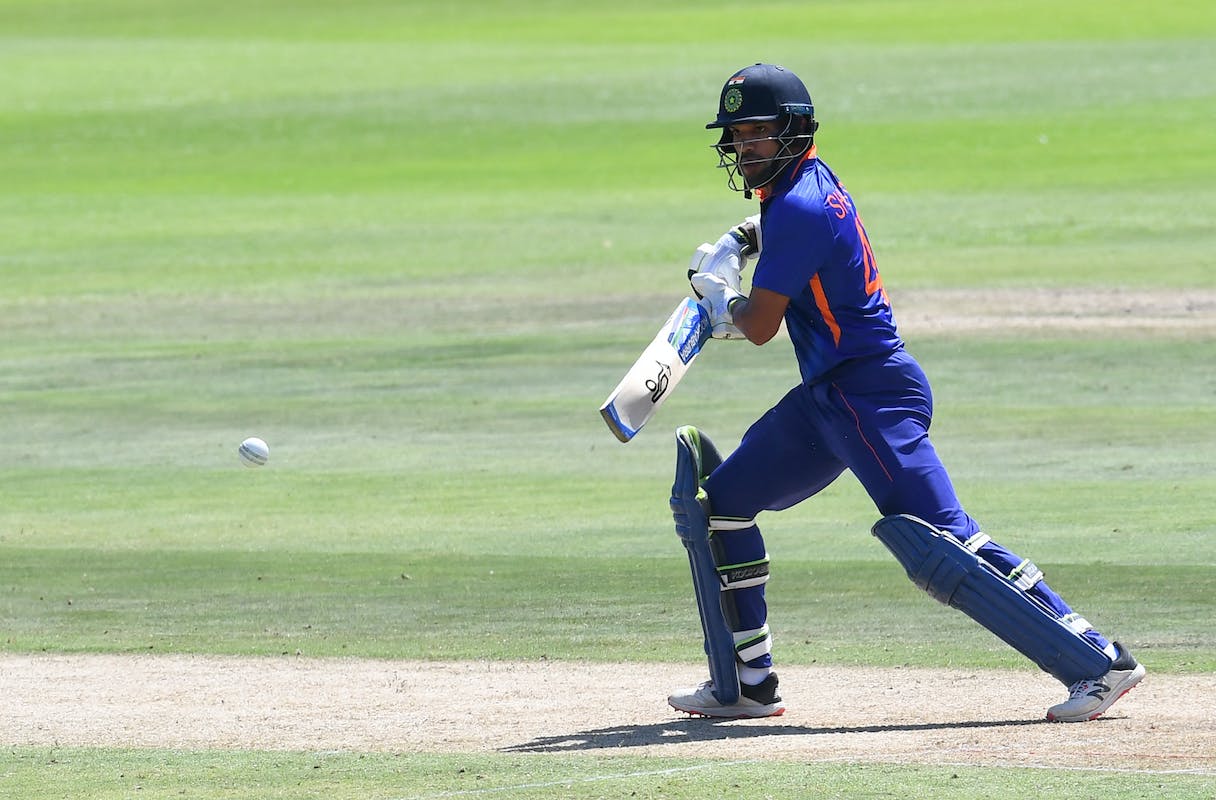 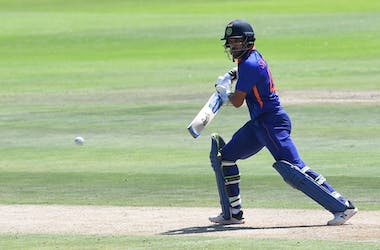 India are set to lock horns with West Indies in the second ODI of the three-match series in Port-of-Spain on Sunday (July 24). The Windies gave the visitors a tough fight in the opening ODI but couldn’t cross the finish line, falling short by 3 runs. The second game of the series thus becomes a do-or-die contest for them. A victory for India will mean an 11th straight ODI series win against West Indies. The hosts, meanwhile, will aim to stay alive in the series and also break their streak of seven consecutive defeats in the format.

The Queen’s Park Oval has hosted only three ODIs since 2019, co-incidentally, all between West Indies and India. Prior to the first ODI of the ongoing series (played on Friday, July 22), the average first innings score was 260. However, the first ODI on Friday saw India post 308 while batting first. 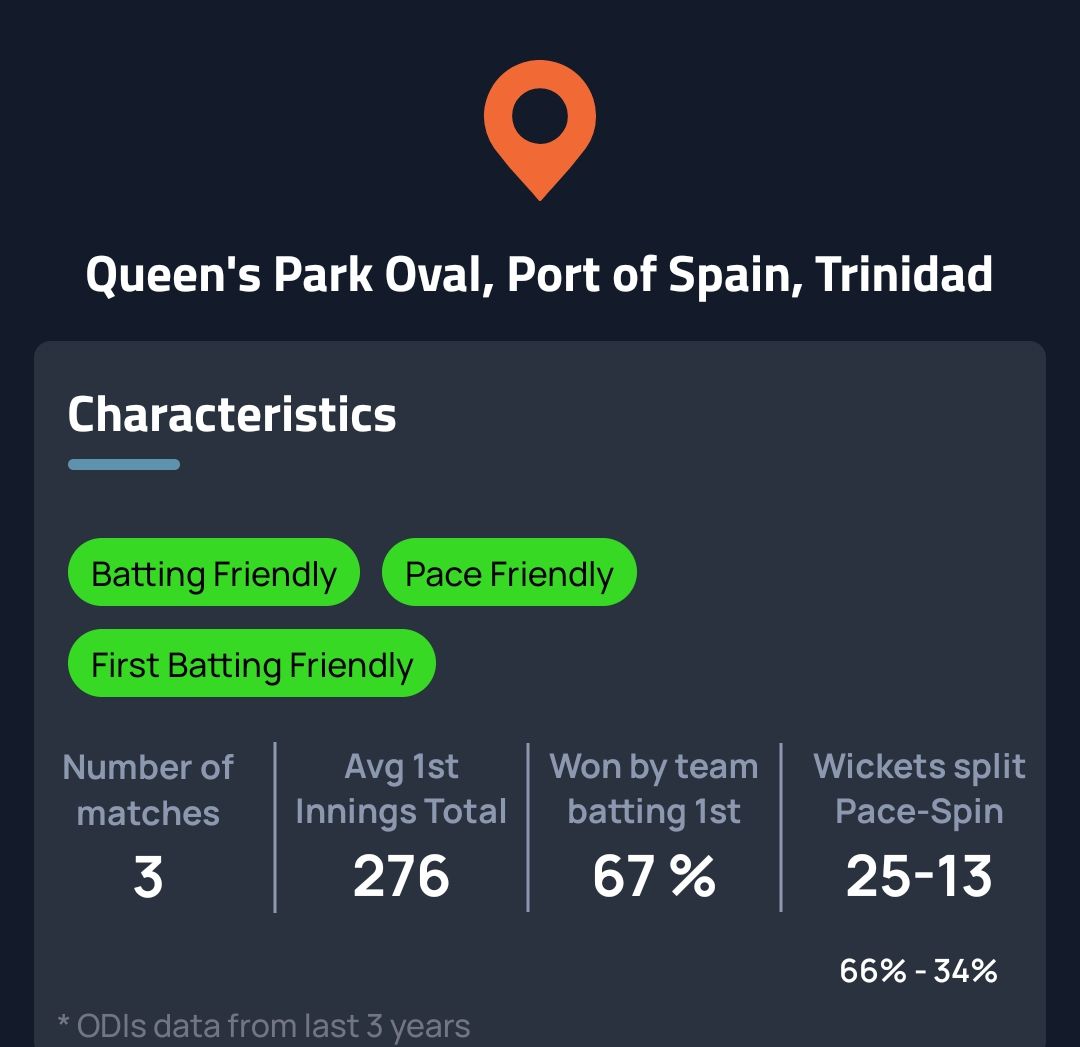 The pitch on Friday was a bit tricky. It didn’t offer much help to the pacers. Fast bowlers of both sides collectively went at an economy of over 6 runs per over. Yet, historically, this has been a venue for fast bowlers. If anything, the pitch slowed down during various phases of the game in the first ODI. Hence, sticking by the recency, prime spinners of both sides should be the first players on your team. Similarly, top order batters and batters who tackle spin well should take precedence in your XI. 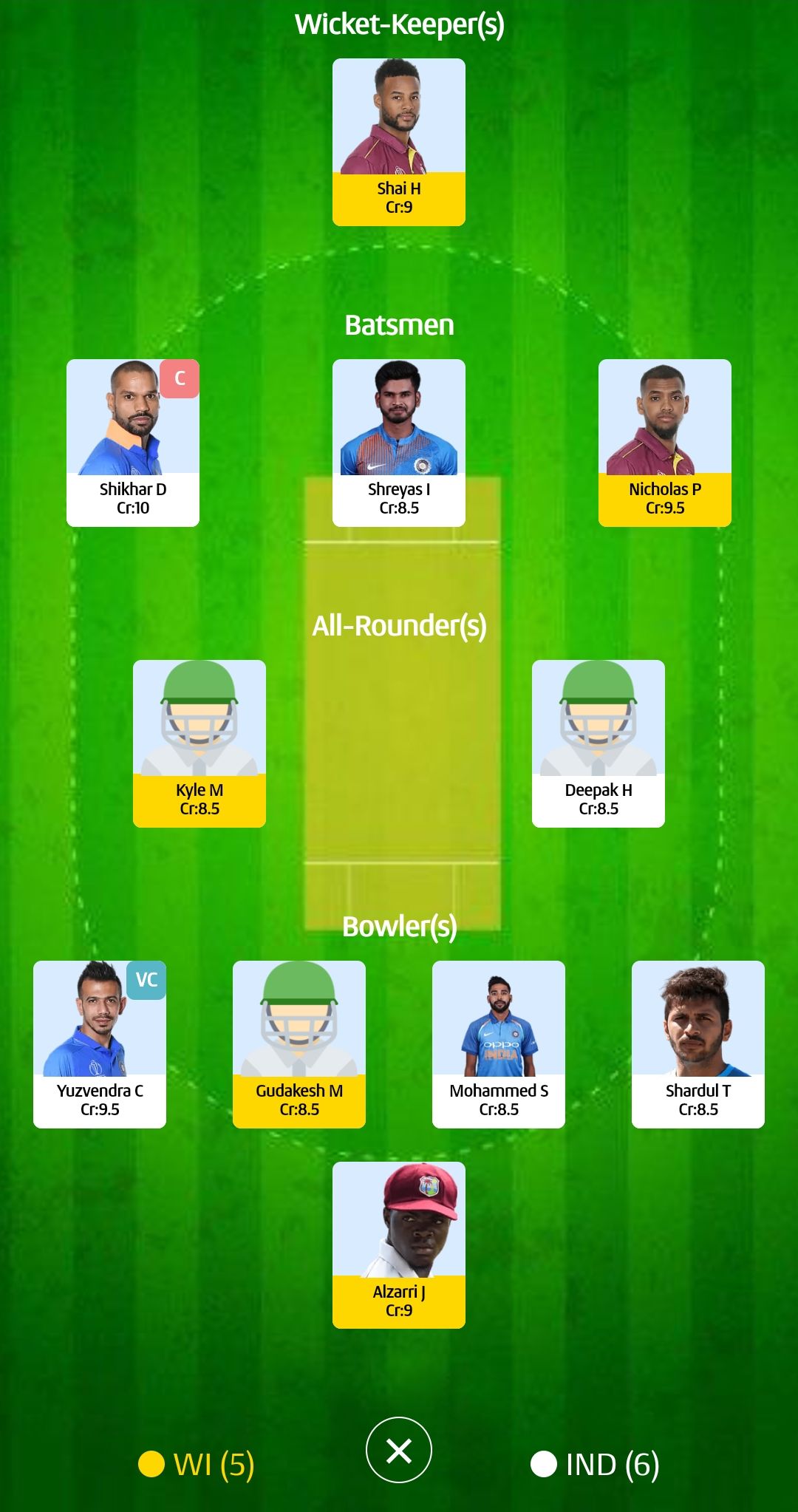 -Shikhar Dhawan has been India’s best batter in ODIs since 2021. The left-hander has scored 614 runs, at an average of 51.2. While he hasn’t converted a fifty into a century over the last two years, he came agonizingly close in the first ODI, scoring 97 runs. He will aim to complete what was left undone and notch up his first hundred as India’s captain.

-In a similar vein to Dhawan, Yuzvendra Chahal has been India’s most successful bowler in ODIs since 2021. The leg-spinner has picked 21 wickets in 11 matches at 24.7 runs per scalp. The Caribbean batters are not known to be great against spin. On a pitch that is expected to slow down, there is no doubt that Chahal will be the most dangerous bowler in the match.

-Shreyas Iyer averages 57.1 against West Indies in his brief ODI career, his second best against an opposition. He has six half-centuries in seven innings against the Windies.

-In ODIs since 2018, the Queen’s Park Oval has been one of the more batting friendly venues in the Caribbean. At 41.2, it is one of the only three venues with a batting average in excess of 40.

-Shai Hope has a superb record against India’s spinners. He has scored 225 runs against them for only three dismissals. If he goes through the initial burst of the pacers, Hope can be West Indies’ trump card to tackle Chahal.

-Shardul Thakur has a struggle story of his own this year, irrespective of the format. But such is the purity in his golden arm that he picks wickets out of the blue. And he has a fair chance of contributing with the bat as well. If you want to spin the wheel of fortune then you can make him your vice-captain as well.

-Shubman Gill batted like a dream in the first ODI for his 64 runs. Based on the strokeplay he showed before getting run out, he could be in line for a big knock in the second one-dayer. 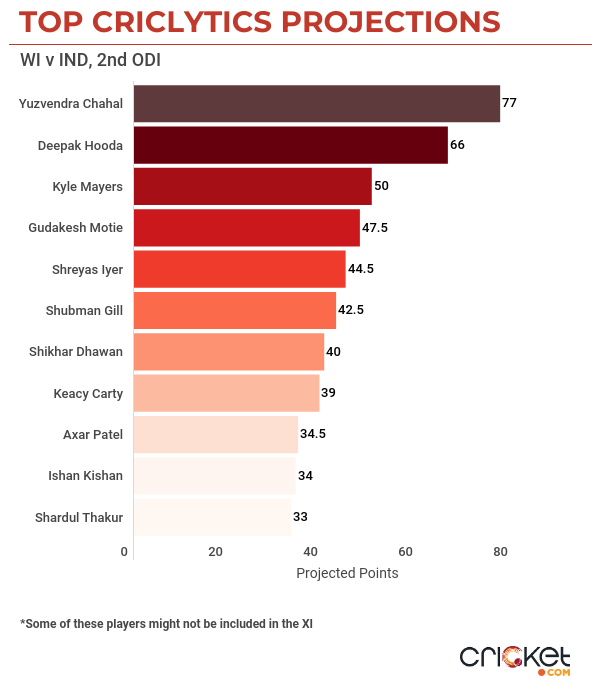