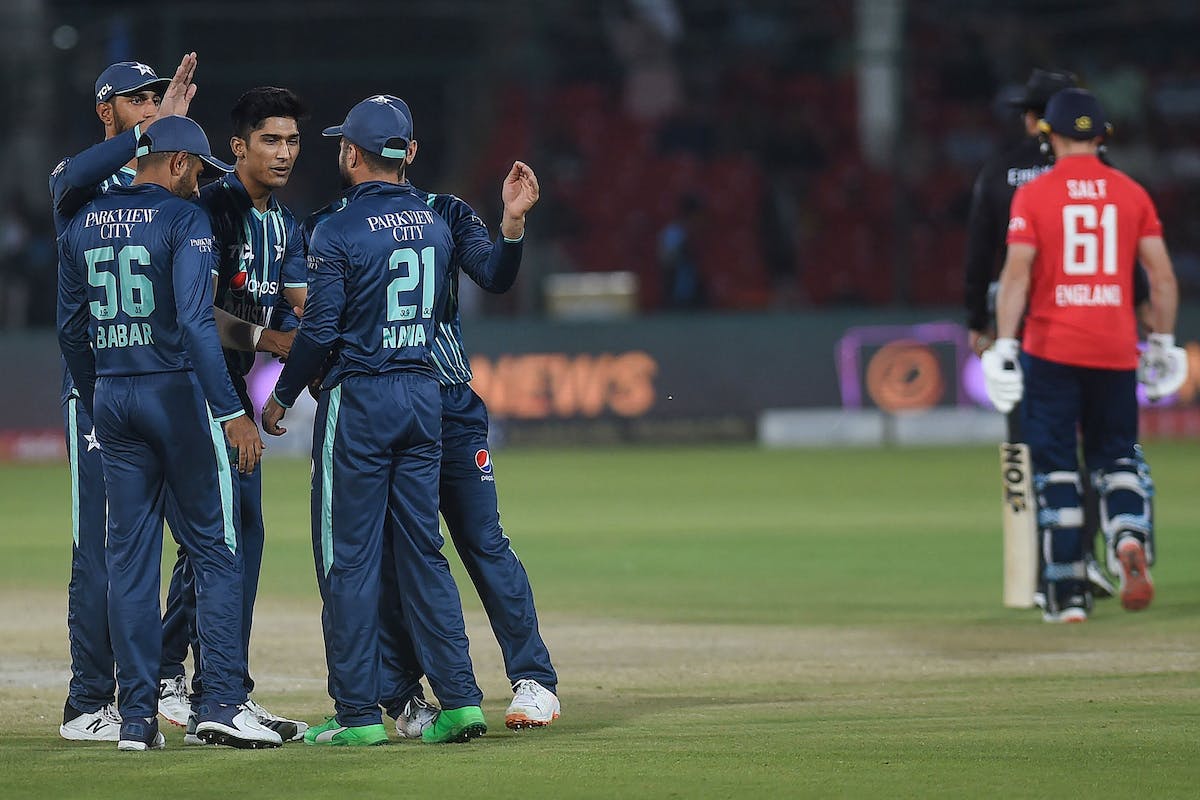 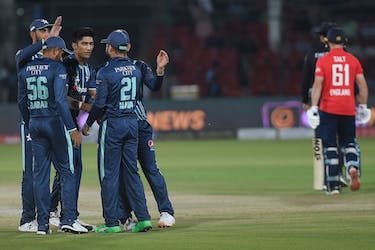 England's first tour of Pakistan in 17 years has produced some of the most thrilling T20I games in recent memory as two teams got the better of each other in four matches to be level on 2-2. The fourth T20I at Karachi swung either way before Haris Rauf's heroics earned the hosts a slender three-run win on Sunday. The teams will now move to Lahore for the remaining three games before flying to Australia for the T20 World Cup. It will be interesting to see who can gain an upper hand in conditions which might be wet due to rainfall in the city.

The Gaddafi Stadium in Lahore has hosted 20 T20 matches this year and the average scores have been higher than 176 across both innings which means there could be another run fest. Across both innings an average of six wickets have fell which could mean there is something for the bowlers. Pacers have bowled twice the amount of overs than spinners this year, but have picked 175 wickets which is much higher than spinners who fetched 79 wickets. No single bowler has picked up a four-wicket haul from 40 innings, which makes it safe to pick three frontline pacers, two spin options and a fourth pace option. 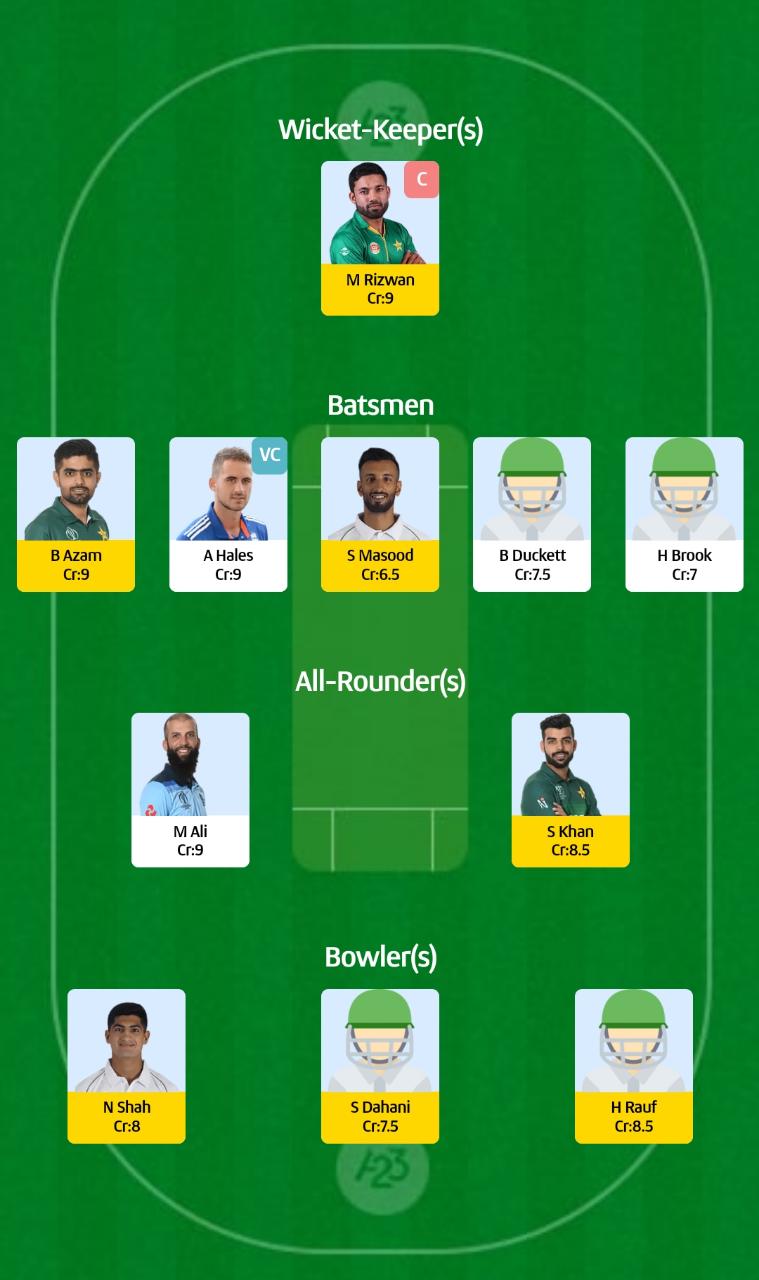 - Pakistan have played all but one T20I at Lahore this year, but the current squad have played plenty of other competitions. Shahnawaz Dahani had done supremely well at the Gaddafi Stadium picking up 12 wickets from seven innings at an average of 17.

- Alex Hales has been in sensational form in the last two years and this year he has scored 1,355 runs from 42 innings at a sensational strike rate of 159.

- Shan Masood has been piling on runs on home turf this year and has exceptional in the middle over scoring at a strike rate of 135.3 in the phase.

- Shadab Khan's return to the Pakistan lineup might be the key for Pakistan as the legspinner has been a potent weapon in the middle overs, snapping 18 wickets in just eight T20 innings at home this year.

- Naseem Shah has made sure Pakistan don't miss Shaheen Afridi too much with his scorching spells with the new ball. The teenager has been excellent in the powerplay with five wickets from 10 matches and has a dot-ball percentage of 44.

- England need Moeen Ali to roll his arm around at Lahore if they need to force mistakes from Pakistani batters. Moeen is England's best wicket-taker in T20s this years and has a decent economy of 8 in total despite suffering a hammering in the second match.

Here are the top-10 Criclytics Projections 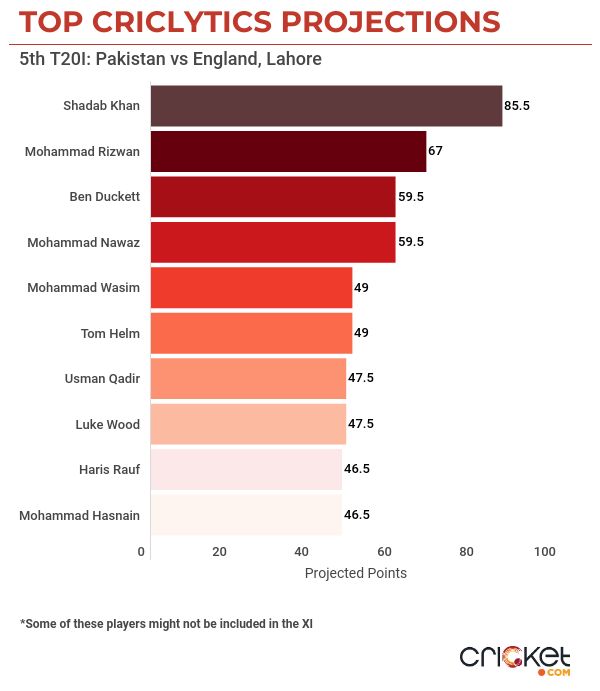