Fantasy: Gamble on spinners and all-rounders 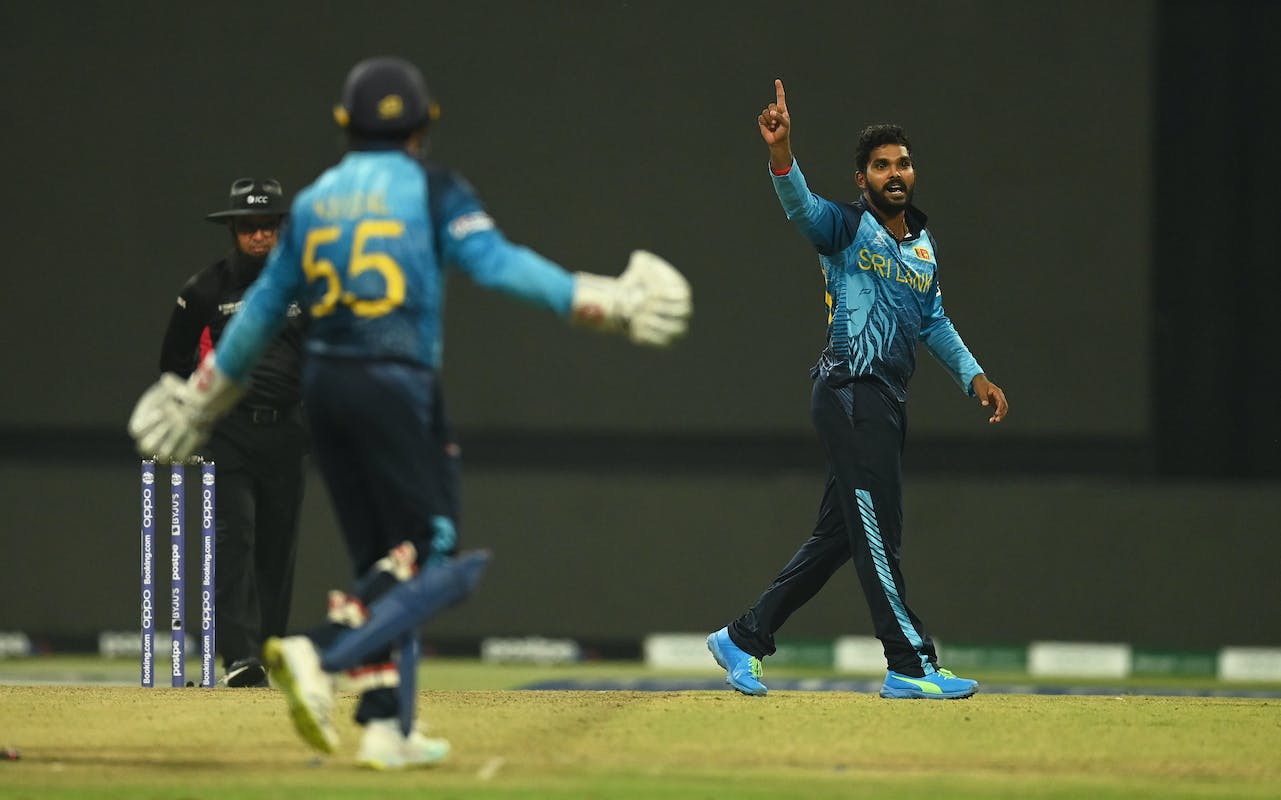 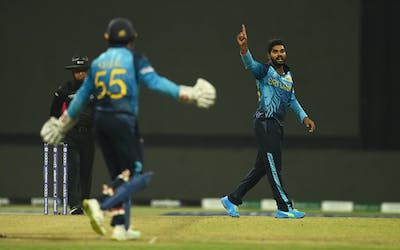 Fantasy: Gamble on spinners and all-rounders

In what’s set to be a blockbuster clash, Sri Lanka and Bangladesh will lock horns with each other at the Dubai International Stadium on Thursday to decide the second and final qualifier from Group B, with Afghanistan having already made it through to the next round having won both their matches. Thanks to both Sri Lanka and Bangladesh having lost their respective first group matches, Thursday’s contest will be a virtual knockout match. The winner will make it through to the ‘Super Four’ stage as the ‘B2’ side and will keep their hopes of winning the Asia Cup alive.

The virtual knockout clash between Sri Lanka and Bangladesh will be played at the Dubai International Stadium in Dubai. It will be the fourth match at the venue in this Asia Cup, and so far, it has to be said, Dubai has been on the slower side. The clash between India and Hong Kong on Wednesday saw the Men in Blue post 192 batting first, but that was only thanks to some superhuman batting from Suryakumar Yadav. The pitch was very much on the slower side for the first 15 overs, KL Rahul’s scratchy knock (36 off 39) serving as evidence for the same. The other two batting-first scores at the venue this Asia Cup have also been on the lower end of the spectrum, 147 and 105.

On the bowling front, spin also has been far more effective than pace. While pacers have conceded runs at an eye-watering ER of 9.1, spinners have conceded at just 6.00. The slower nature of the wicket has aided the slower bowlers, who have been the go-to trump cards in Dubai.

Given both Sri Lanka and Bangladesh are stacked with spinners, neither side will mind a slow and low wicket come Thursday. 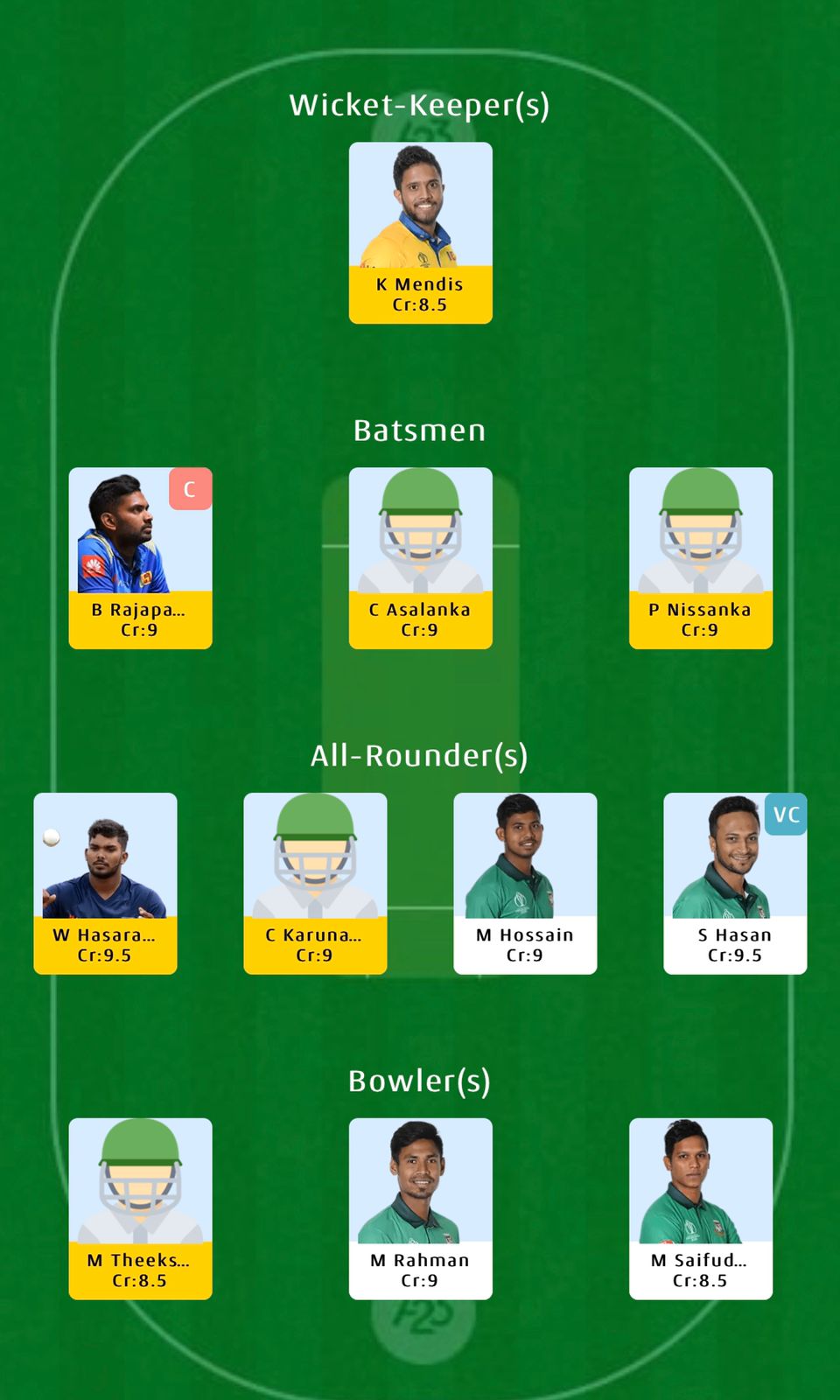 * Bhanuka Rajapaksa’s average of 38.60 in the UAE is the best for him in any country.  The highest run-getter for Sri Lanka in the Afghanistan clash, Rajapaksa also managed a half-century against Bangladesh in his only H2H meeting vs the Tigers (which also incidentally came in UAE).

* In his last 14 T20Is, Wanindu Hasaranga has failed to pick up at least one wicket just twice. In this period, he’s taken an astonishing 27 wickets, grabbing 2 or more wickets in an innings a mind-boggling 9 times.

* Mosaddek Hossain is in a hot-streak of sorts in T20Is this year. With the ball, he’s taken 9 wickets in 6 matches at an ER of 5.89, while with the bat he’s averaged 28.66 and has struck at over 145. Against Afghanistan, Mosaddek top-scored for the Tigers with 48* off 31 and also accounted for the crucial scalp of Hazratullah Zazai.

* Hasaranga and Shakib are bankers who are a cut above the rest, and hence should be a certainty in your Fantasy XI.

* In the red-hot form Mosaddek Hossain is in, where everything he touches seems to turn to gold, it will not be an odd call to gamble on him as either the skipper or vice-skipper. His off-spin could in fact be a handful against a SL batting unit that has a middle-order filled with left-handers (Asalanka, Gunathilaka and Rajapaksa).