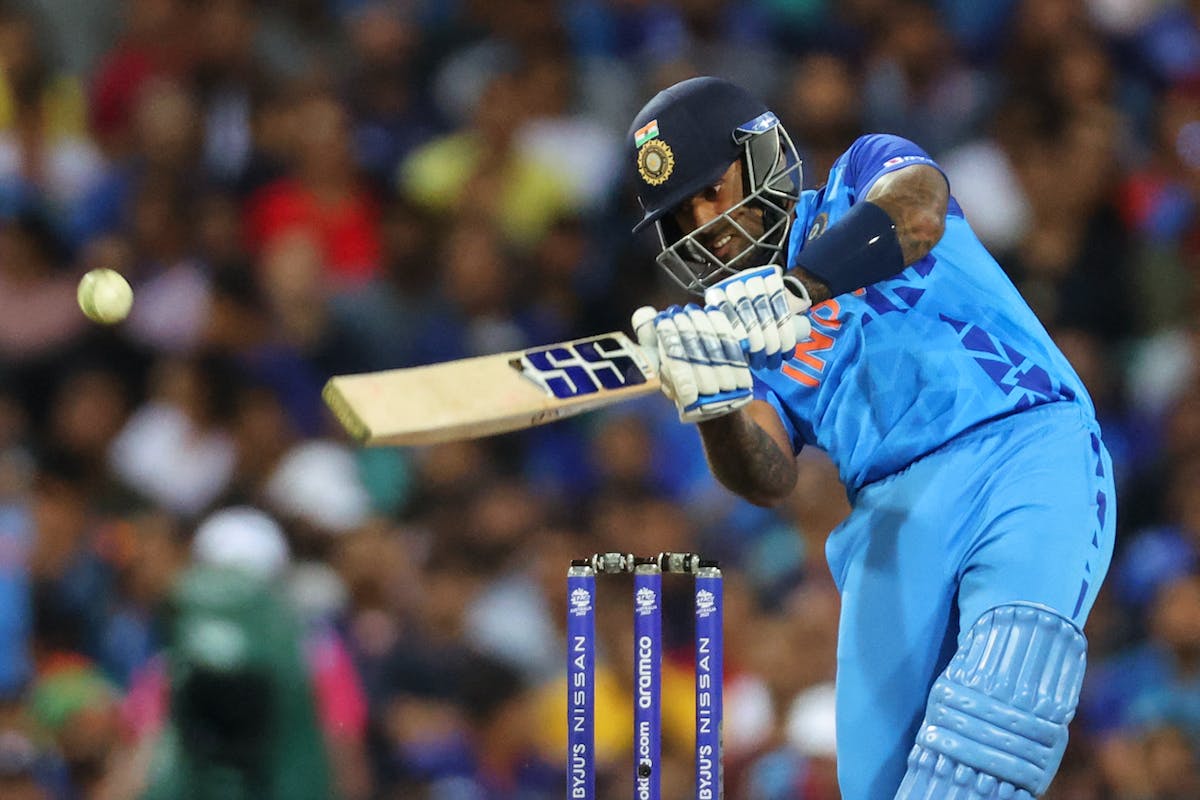 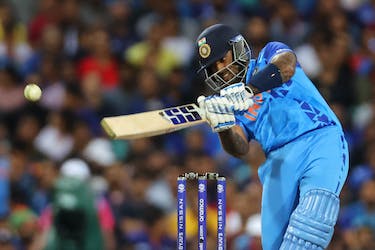 In a clash that, on paper, is worthy of being hailed as a final before the final, India will take on England at the Adelaide Oval on Thursday. The happenings on Wednesday mean that the winner of the second semi-final will take on Pakistan at the mighty MCG in the final on Sunday.

Both England and India are yet to hit top gear in this World Cup, and the two sides have both lost one match each. India probably will enter the clash as marginal favorites thanks to having the wood over England recently in the shortest format (having won 5 of the last 8 H2H T20Is), but the Three Lions will know that bilateral results will mean little ahead of a crunch clash. It’s worth remembering that the last time these two sides met in an ICC event, India were demolished by a rampant England, who played a huge part in derailing the Kohli-Shastri era.

A mouth-watering clash awaits us!

Adelaide has proven to be somewhat of a good batting wicket. In six matches, the average first innings score has been 157, and 165+ totals have been posted in 50% of the matches. There have been two 180+ scores, with New Zealand’s 185 against Ireland being the highest.

That being said, word has come out that Thursday’s clash will be played on a used wicket. Thus, there’s no guarantee that we’ll be seeing a run-fest in the second semi-final.

Bat first or bowl first if you’re the captain? Well, if you’re a skipper, better hope you lose the toss. For astonishingly, each of the last 11 T20s in Adelaide have seen the side losing the toss emerge victorious. Could be nothing but a mere coincidence, but nevertheless it’s a daunting statistic! 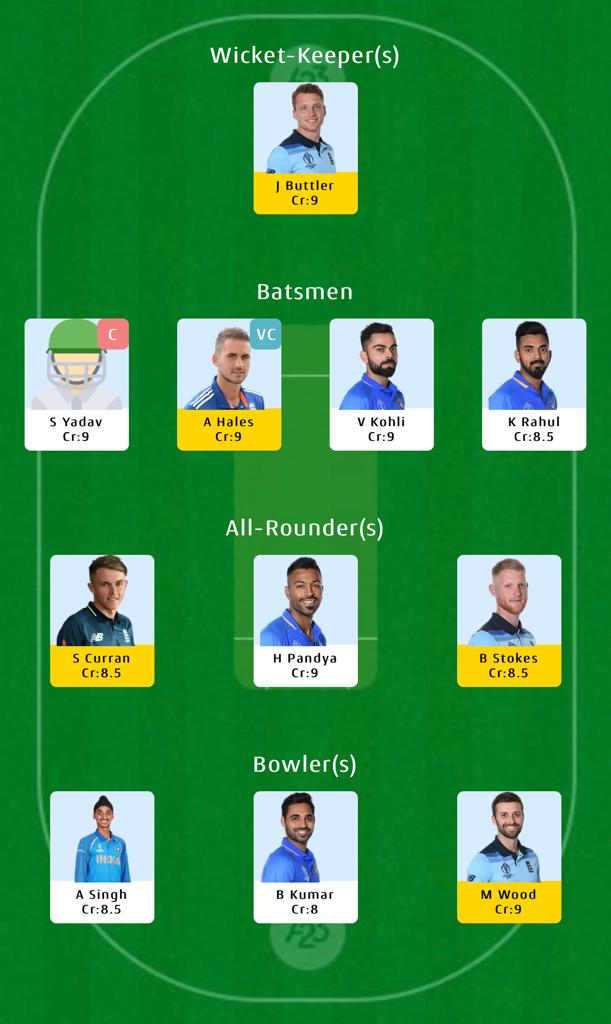 Since his unbeaten ton in Manchester in 2018, Rahul’s scores against England in T20Is read 6, 19, 1, 0, 0 and 14. However, he will be entering Thursday’s clash on the back of consecutive fifties.

Across his last 4 T20Is against England, Bhuvneshwar Kumar has taken 7 wickets at an ER of 5.00. In each of the aforementioned 4 matches, Bhuvneshwar accounted for the wicket of England skipper Jos Buttler.

In T20Is in 2022, Chris Woakes has gone wicketless just twice in 8 innings.

Axar Patel’s ER of 9.1 was the worst among all spinners who bowled a minimum of 9 overs in the Super 12 stages.

Buttler, SKY and Kohli are indispensable assets. Making one of these three the captain (and one of the remaining two the vice-captain) is an obvious exercise at this point.

Given the form he showed against both Sri Lanka and New Zealand, it would be prudent to gamble on Alex Hales. He could potentially bulldoze the Indian bowlers who, mind you, were taken apart in the first six the last time they played in Adelaide. Hales has also been excellent at this venue recently in the BBL, his last 4 scores reading 63*, 10, 110 and 59.

On the bowling front, both Arshdeep and Sam Curran are must-haves. 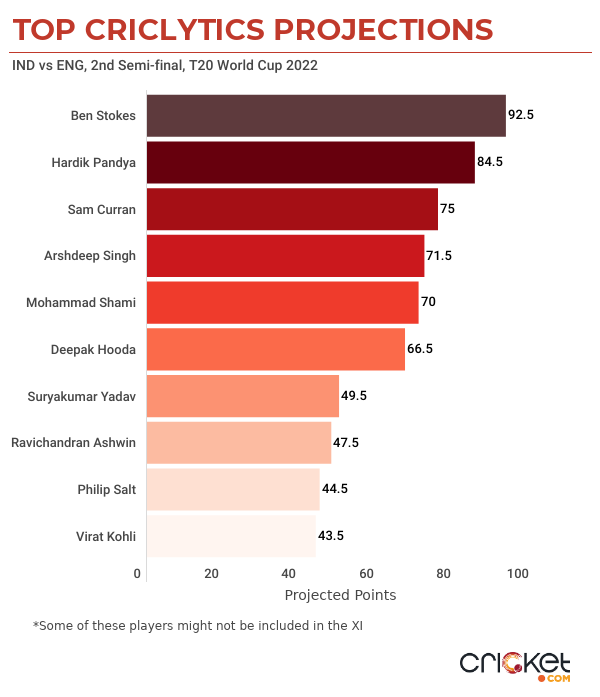