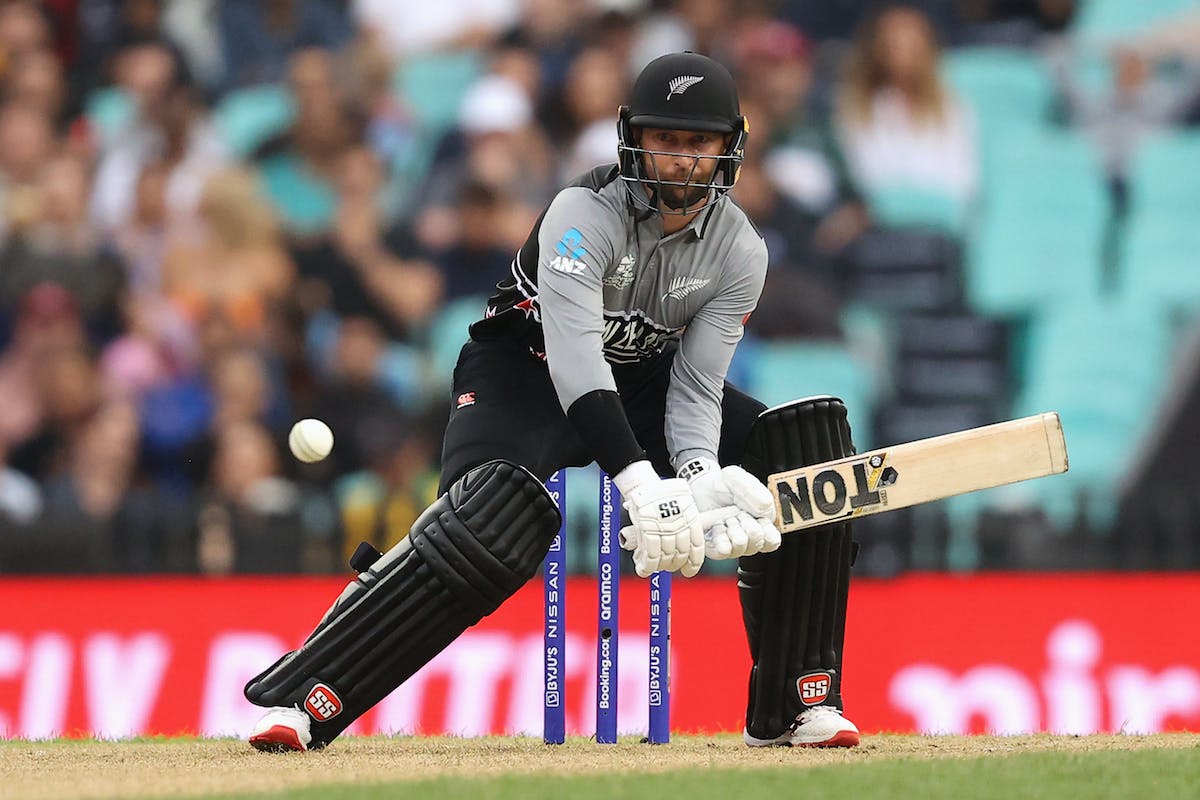 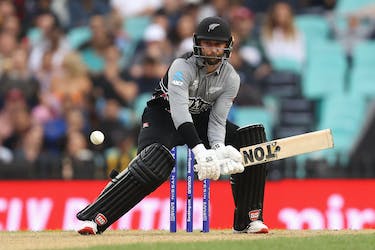 In a contest that’s huge in the context of this T20 World Cup, Sri Lanka will clash with New Zealand in both sides’ respective third Super 12 match at the Sydney Cricket Ground on Saturday. Such is the scenario in Group 1 that the winner of this contest will put themselves in pole position to make it to the playoffs.

While Sri Lanka will enter the clash on the back of a heavy defeat at the hands of Australia, the Kiwis will walk into the contest having not played since last Saturday, with their previous clash against Afghanistan getting abandoned.

The BlackCaps are still unbeaten, but they will be desperate for rain to stay away; they are currently in a position of strength but that will dissipate should one more game get called off.

The good news for New Zealand, and all the fans, is that the weather forecast is excellent for Saturday. At least as things stand, it looks like we’ll certainly get a game.

Fingers crossed that we do.

Sri Lanka’s clash against New Zealand on Saturday will be the fourth game at the SCG this World Cup. And each of the first three matches have followed an eerily similar pattern: the team batting first putting on a gigantic score and decimating the opponent with the ball.

All three games at the SCG have been won by the team batting first, with the margin of victory being 89 runs, 104 runs and 56 runs respectively. The 200-run mark has been breached twice in three attempts, and India were able to post 179/2 vs the Netherlands despite playing on a used wicket.

So given just how clear the pattern has been, expect the captain winning the toss to be batting first tomorrow. No doubts about that.

As far as bowling is concerned, spin has been far more effective than pace. The economy, average and strike rate for the spinners reads 7.4, 19.3 and 15.8. This is significantly better than the subsequent figure for the pacers: 8.3, 27.1 and 19.5.

Both sides have a pair of world-class spinners and one really good part-time option, so expect a lot of spin to be used. 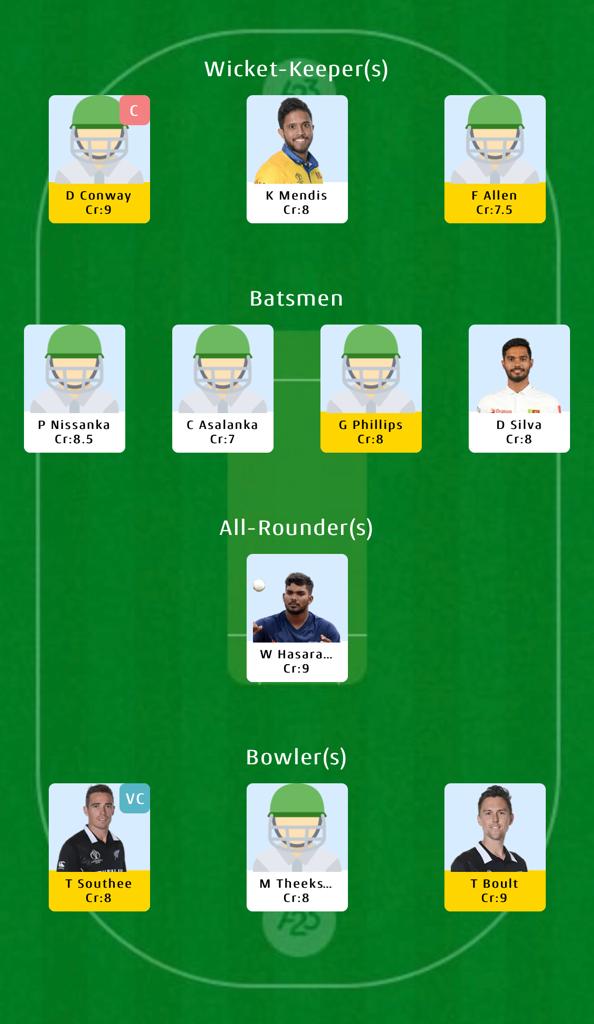 * New Zealand’s average of 40.7 against leg-spin since 2021 is the best for any country. They are very good at tackling leg-spin, thus they might just end up tackling the Hasaranga threat.

* Tim Southee has taken at least 1 wicket in each of his last 11 T20Is. The veteran, in fact, has taken 10 wickets in his last 5 T20Is and will enter Saturday’s clash on the back of a three-fer.

* As far as must-haves go, Devon Conway is probably up there at the very top. Given his consistency, you’ll be taking a big risk by not making him captain or vice-captain.

* Southee’s remarkable returns of late makes him a very enticing pick. Don’t hesitate to even gamble on him as your skipper, for such has been the rate at which he’s been churning out wickets.

* The x-factor Finn Allen brings to the table also makes him a very good contender to bet on, in these conditions particularly. 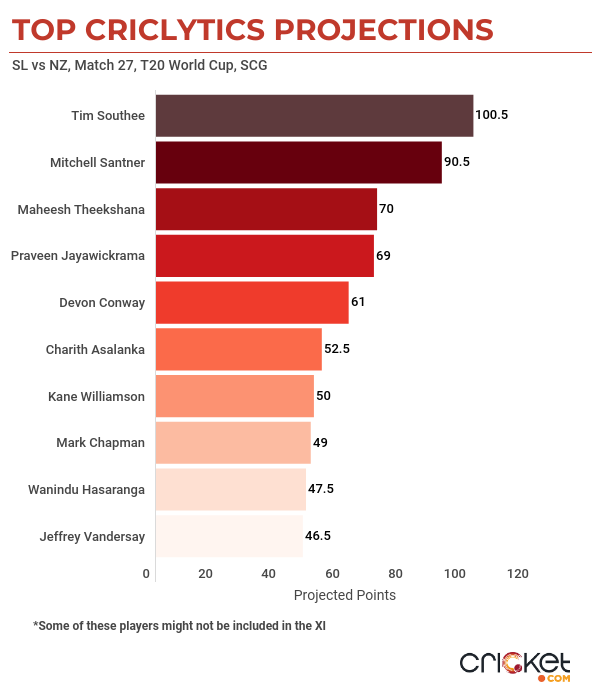