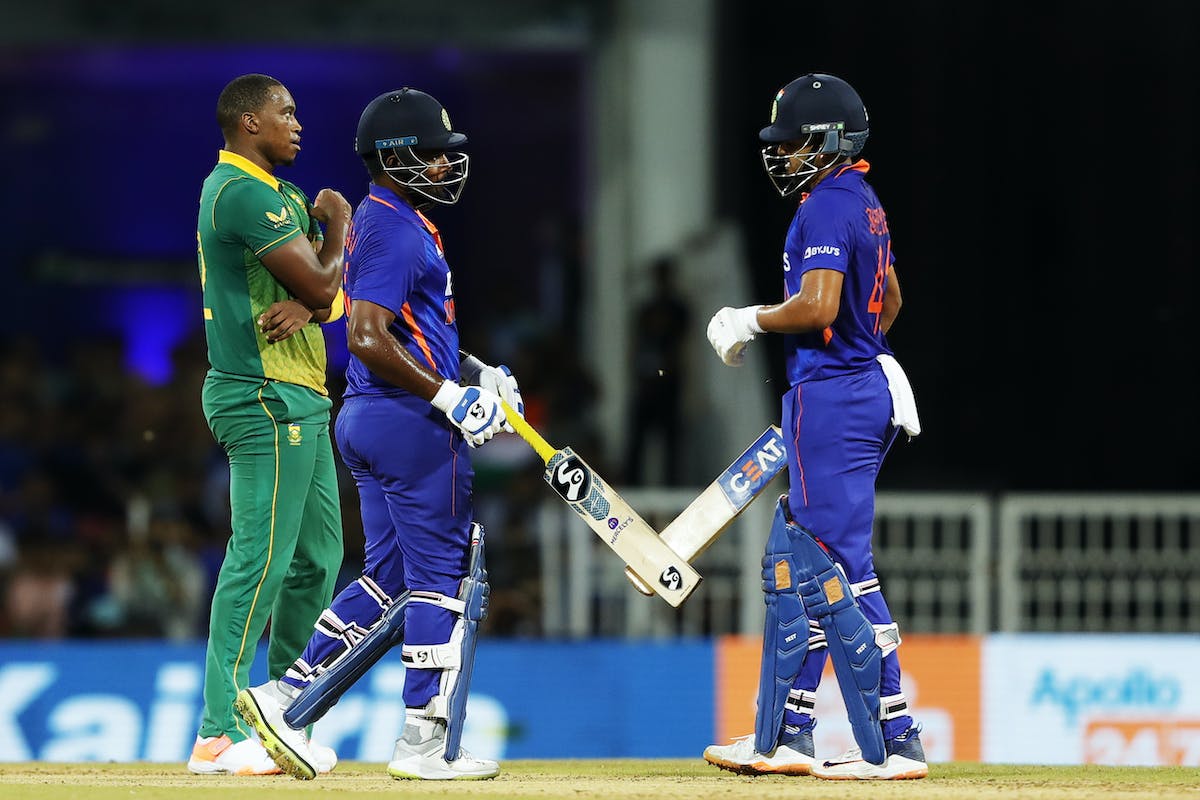 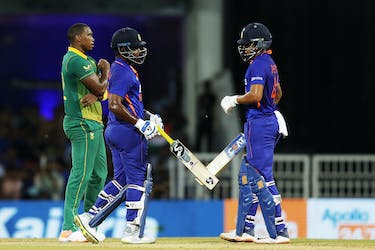 1-1 and it all comes down to this. India and South Africa lock horns with each other in the series decider at the Arun Jaitley Stadium in Delhi on Tuesday, and it is a contest of great significance for both sides for different reasons. The encounter is undoubtedly more important for the Proteas, who are in desperate need of Super League points to keep their 2023 World Cup direct qualification hopes alive.

They’ll already look at the defeat in the second ODI as ten points lost, so the visitors will be dying to walk away with a ‘W’ - and subsequently 10 points - at all costs.

India have no points to play for, but the contest is still significant for the hosts, for getting one over a full-strength South African side would be some statement. It’ll be a massive feather in the cap of the Shikhar Dhawan-led second string side.

Delhi is all set to witness a mouth-watering contest.

What do the numbers tell us? They tell us that we should be getting a high(ish) scoring contest, similar to the one in Ranchi on Sunday.

Of the five aforementioned games, three were won by the side chasing. This includes the 2021 VHT final, where Mumbai successfully chased down 313.

There’s not too much to read on the bowling front, except for the fact that, interestingly, both pacers and spinners maintained the same ER (5.3) across the last five List A matches at the venue.

All things considered, we should be getting a good cricketing wicket for the decider. 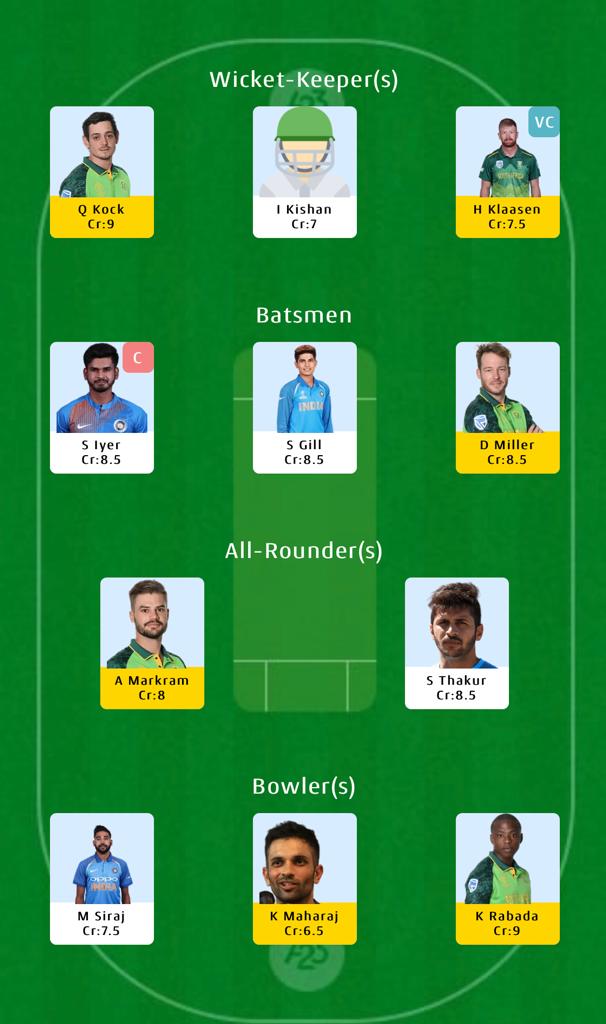 * Across his last six ODI innings, Shreyas Iyer has scored four fifties and an unbeaten hundred. His record in this period reads 6 innings, 404 runs, average 80.80, strike rate 95.96. He’ll enter the series decider on the back of a 113* in the second ODI.

* Across his last six ODIs, Mohammed Siraj has maintained an economy of over 5.00 just once. In this period, he’s also taken 7 wickets, taking at least one wicket in four of the six matches.

* Janneman Malan averages just 20.56 across his last 9 ODIs. This is a significant drop from his numbers in the first 12 ODIs he played, where he averaged 75.8.

* Make Shreyas Iyer your captain at all costs. In the form he is in, it would be criminal to think of betting against him. He WILL fetch you points. A ton of them.

* Shubman Gill has had a poor series thus far, but he’s someone who is worth taking a punt on. Mind you, it was only two innings ago that he struck his maiden century in ODI cricket.

* Ishan Kishan’s x-factor, and the form he showed in the second ODI in Ranchi, makes him an enticing pick. Given the potential presence of two left-arm spinners in the Proteas XI (Maharaj and Fortuin), it’ll make total sense to have Kishan in your fantasy XI.