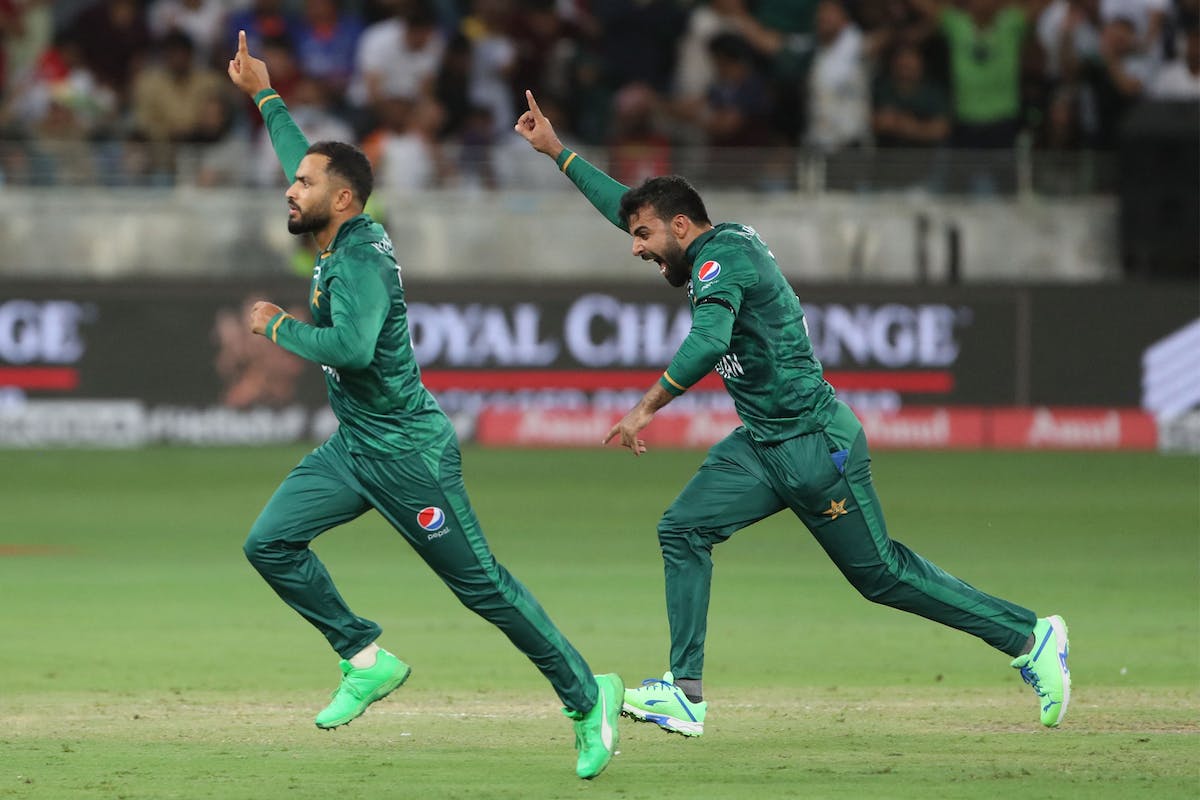 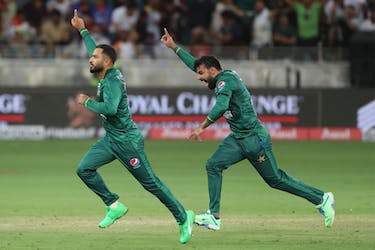 After 15 days and 12 matches, it all comes down to this. Sri Lanka and Pakistan will lock horns with each other at the Dubai International Stadium on Sunday to decide the winner of Asia Cup 2022, and a new Asian Champion will be crowned in just over 24 hours’ time.

While it’s been 8 years since Sri Lanka laid their hands on the Asia Cup trophy, you’ll have to go back a decade to find the last instance of Pakistan being crowned the champions of Asia. With continental supremacy at stake, both sides will be ultra-pumped and motivated heading into Sunday’s clash.

The two sides have already met once this competition, on Friday at the same venue where the Lankans outclassed the Men in Green, but given Pakistan did rest a couple of key players, the result will have to be taken with a pinch of salt. It’ll be a stretch to say Sri Lanka will enter the final as clear-cut favorites, but Dasun Shanaka’s side certainly have momentum on their hands heading into Sunday’s grand finale.

The final will be played at the Dubai International Stadium, and it has to be said that the ground, more often than not this Asia Cup, has provided belters of wickets. Friday’s clash between Sri Lanka and Pakistan proved to be a low-scoring clash, with Pakistan getting bowled out for 121, but scores throughout the tournament suggests that the game was an anomaly. 5 of the last 6 matches in Dubai in Asia Cup 2022 have seen 170+ scores posted. Outside the 121 Pakistan posted on Friday, the last five batting-first scores read 212, 173, 181, 183 and 192.

What cannot be denied is that the venue has overwhelmingly favored chasing sides. All but 2 matches in Dubai in this Asia Cup 2022 have been won by chasing sides — India vs Hong Kong and India vs Afghanistan. In all eight games at the venue in Asia Cup 2022, the skipper winning the toss has opted to field, and it pretty much goes without saying that come the final, the captain winning the toss will opt to chase.

Numbers will say that spin is a better option at the venue compared to pace, but the truth is that the wickets have been such that good bowling has excelled notwithstanding the bowling type. 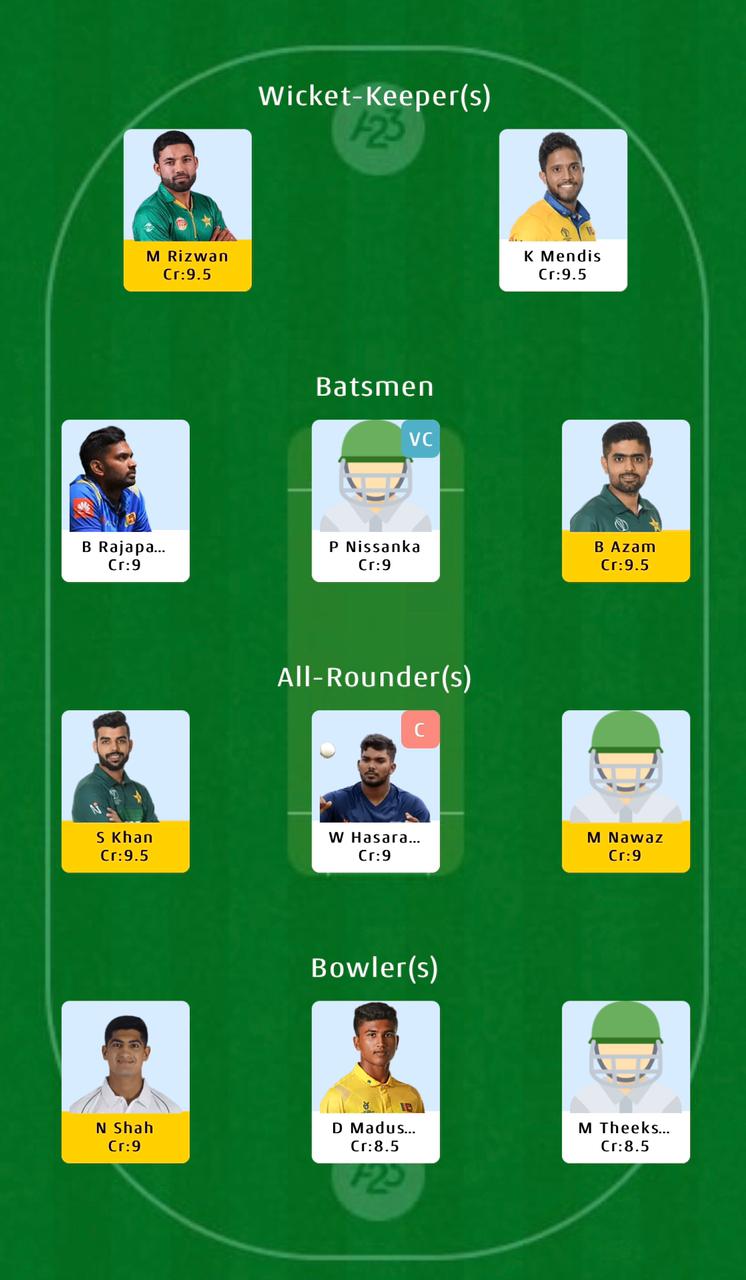 * Pathum Nissanka will enter the final having scored half-centuries in each of his last two matches. In 50% of the knocks he’s played in T20Is this year, the right-hander has passed the 35-run mark. Pakistan were not able to dismiss him in Friday’s clash.

* In 4 T20Is against Pakistan, Wanindu Hasaranga has taken an astonishing 11 wickets at an ER of 6.25. He’s taken three consecutive 3-fers against the Men in Green, and ended with figures of 3/21 off 4 overs in Friday’s clash.

* In his last six T20Is, Maheesh Theekshana has gone wicketless just once.

* After going wicketless in the first two matches of this Asia Cup, Haris Rauf has taken 5 wickets in the last 3 games. He’ll enter the final having taken back-to-back 2-fers.

* Hasaranga’s numbers against Pakistan makes him an irresistible choice when it comes to captaincy, but Rizwan is also a pretty good option. Rarely does the Pakistan opener have three failures in a row.

* It’s highly advisable to have both Mohammad Nawaz and Shadab Khan in your Fantasy XI. They’ll fetch plenty of points on both the batting and bowling fronts.

* Haris Rauf and Theekshana are safe picks and can be opted for to guarantee points. 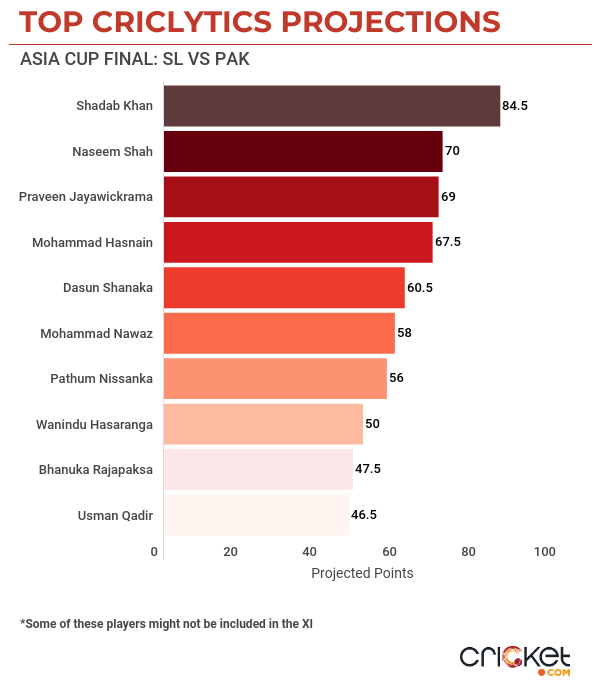