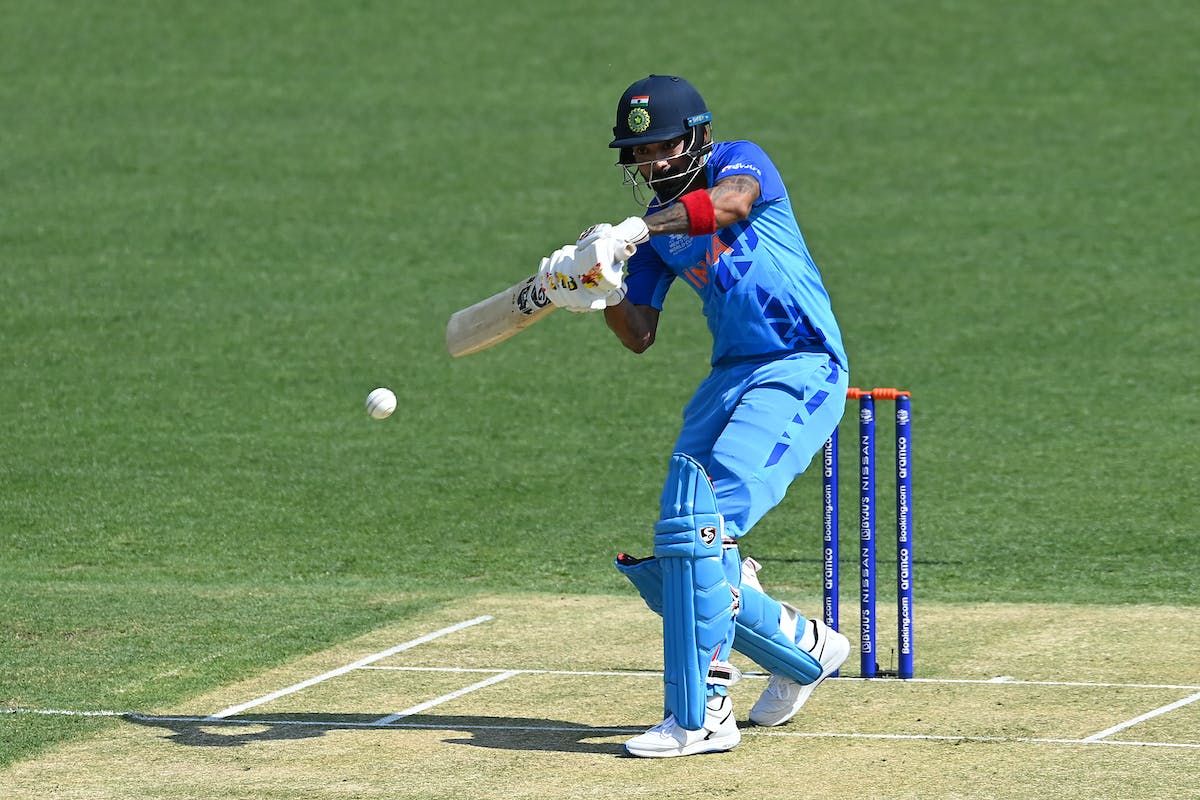 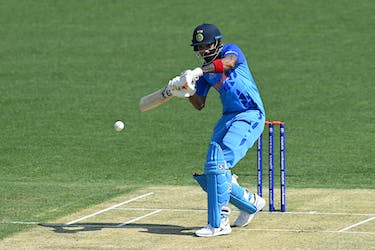 Following emerging victorious in the nail-biter against Pakistan, it’s time to get back to business again for the Men in Blue, who take on a wounded Netherlands side in their second game, at the Sydney Cricket Ground (SCG) on Thursday. India need three more wins to all but seal a place in the semis, and so they will go a long way in progressing to the next round by getting the better of the Scott Edwards-led Dutch side.

For the Netherlands, Thursday’s clash is akin to a free-hit. Nobody expects them to win, or even come close to winning, and thus the ‘nothing to lose’ situation could very well spur on the Men in Orange to do something very special.

Both sides, though, will be praying for the weather to remain clear. Showers are predicted, but fingers crossed that we end up getting a game, even if it's a shortened one. The last thing we’d want to see is a washout like the clash between Afghanistan and New Zealand on Wednesday.

SCG will play host to the India-Netherlands clash and the venue, incidentally, has hosted only one game thus far: the opening Super 12 fixture between Australia and New Zealand.

But the India-Netherlands game will be the third match at the venue, the second one being Thursday morning’s clash between South Africa and Bangladesh. This means that the encounter will be played on a used wicket, so that’s something to keep in mind.

Given this T20WC has only seen one encounter at the SCG, it would be more relevant to look at numbers from the previous BBL season.

And the numbers say that the venue, indeed, is a batting paradise, with the average first batting score being 174. The 2021/22 BBL season in fact saw teams crossing the 190-run mark thrice (3/6 times, 50% success rate), with sides posting totals in excess of 210 twice.

There’s been no noticeable toss advantage, although there has been a quirky pattern: on most occasions, the team that ended up on the winning side has tended to thrash the opponent. We saw this in the first Super 12 game between Australia and New Zealand too.

Not too much to read from the bowling front, other than the fact that spin has proved to be very economical. Spinners have maintained an ER of 6.5 compared to the pacers’ 8.3. Among spinners, left-arm orthodox spinners have been the hardest to put away, with them boasting an ER of just 5.3. This should interest both sides, given the presence of bowlers such as Axar Patel and Tim Pringle. 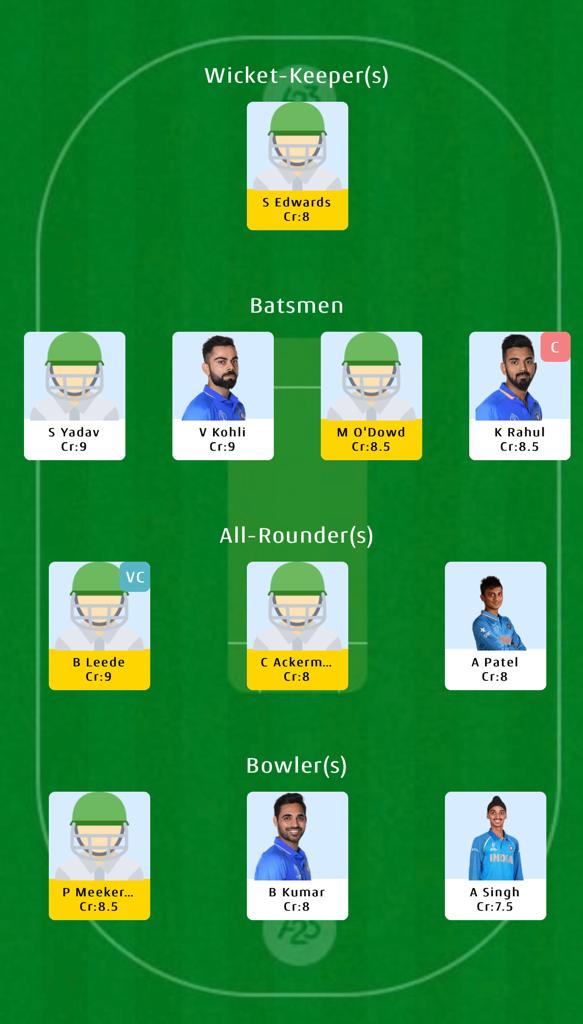 * Against teams in the current Super 12 ranked tenth or below, KL Rahul averages 54 at a strike rate of 145.2. Last year, in the games against Afghanistan, Scotland and Namibia, he registered scores of 69, 50 and 54*.

* Bas de Leede is the joint-highest wicket-taker of this T20WC so far, having picked 9 wickets in just 4 innings. He’s at least picked 2 wickets in every single encounter.

* Among all bowlers to have bowled 12 or more overs in this T20WC, Tim Pringle’s economy of 5.00 is the second-best.

* Netherlands’ boundary-percentage of 32.40% against left-arm spin is the lowest for them against any bowling type in this T20WC.

* The chances of KL Rahul firing on Thursday are extremely high, so it’d be prudent to take a punt on the opener. For various reasons.

* Bas de Leede has been a wicket-taking machine, with his deceptive cutters proving to be tricky for the batters to handle. In the form he is in, it’d be wise to back him to land a couple more on Thursday. Needless to say, he also is someone that gives runs with the bat.

* Despite the stinker he had against Pakistan, back Axar Patel against the Dutch. They struggle against left-arm spin and the SCG has also proven to be a great hunting ground for SLA bowlers. 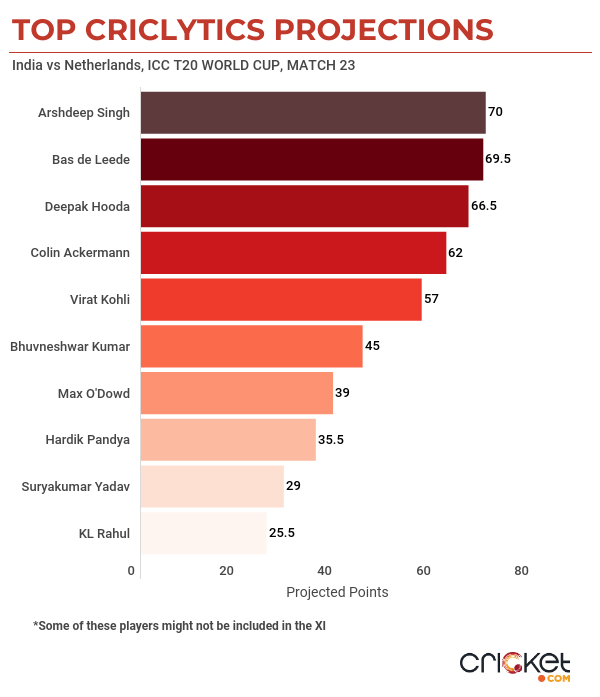