Fantasy: Plenty of x-factor players you can take a punt on 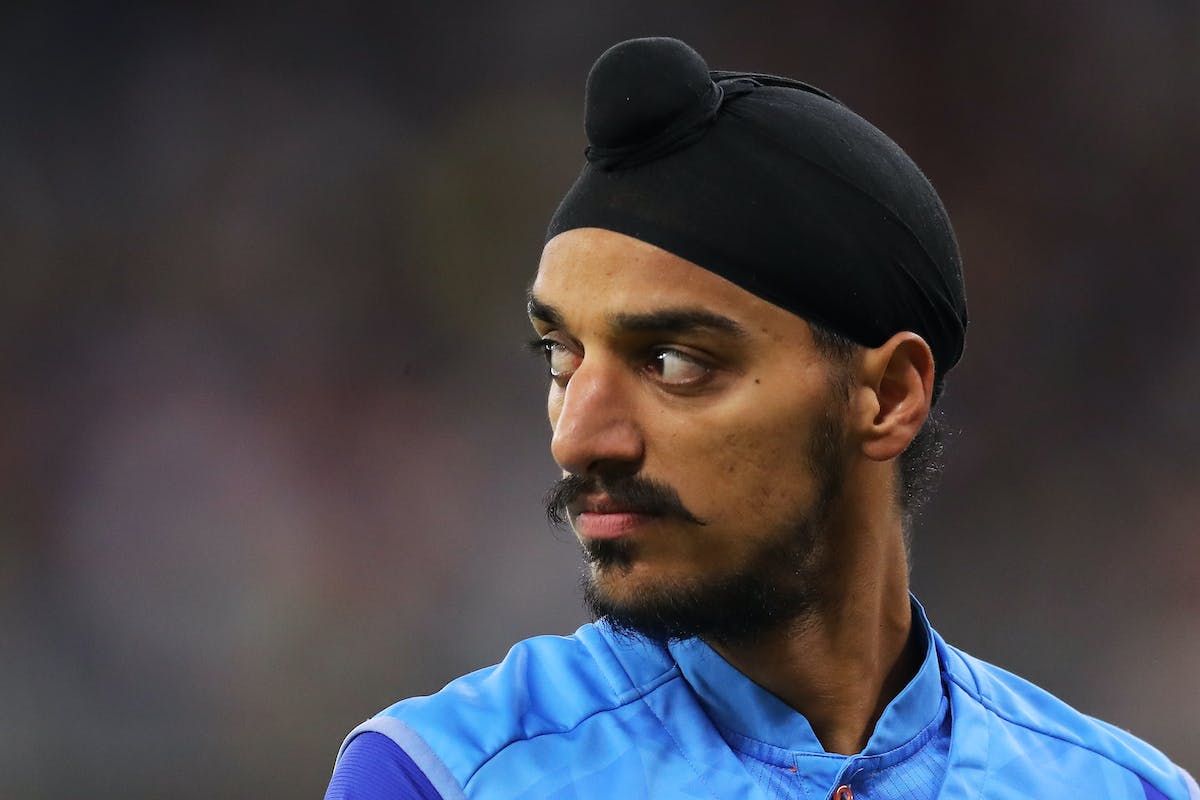 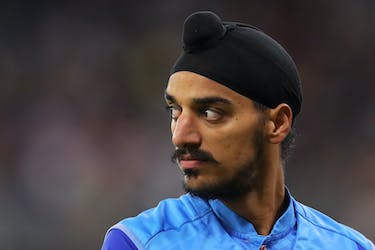 Fantasy: Plenty of x-factor players you can take a punt on

In what will be the final encounter of the Super 12 stages, India will take on Zimbabwe at the Melbourne Cricket Ground on Sunday in a clash that could be a do-or-die clash for the Men in Blue.

It’s only definitely a must-win match for India if Pakistan and South Africa end up winning their respective matches at the Adelaide Oval. Even should one of those two sides lose, India will progress to the semis even if they fail to beat Zimbabwe.

However, should both Pakistan and South Africa win, India will be knocked out if they lose to Zimbabwe.

A riveting end to the Super 12 stages awaits us!

After nearly 10 days, we’re back at the Mighty ‘G for this particular encounter. Each of the last three games at the MCG were washed out due to rain, but the good news is that the forecast is clear for Sunday. We should get a full game in.

So, what do we know about the MCG so far?

Well, it’s hard to come to proper conclusions as India-Pakistan has been the only ‘full’ encounter played at the venue in this World Cup (England-Ireland was shortened due to rain), but it won’t be unreasonable to expect some juice on the wicket. For that’s what we witnessed in both the India-Pakistan clash and parts of the Ireland-England encounter.

We can also not be sure about what’ll be ideal to do at the MCG: bat or bowl first.

Pakistan posted 159 against India and ended up on the losing side, while Ireland were bowled out for 157 and ended up beating England. In the Ireland-England encounter, notably there was more assistance for the bowlers in the second innings. What to do at the MCG is really anybody’s guess.

So in all fairness, we can expect a pace-friendly wicket on Sunday. 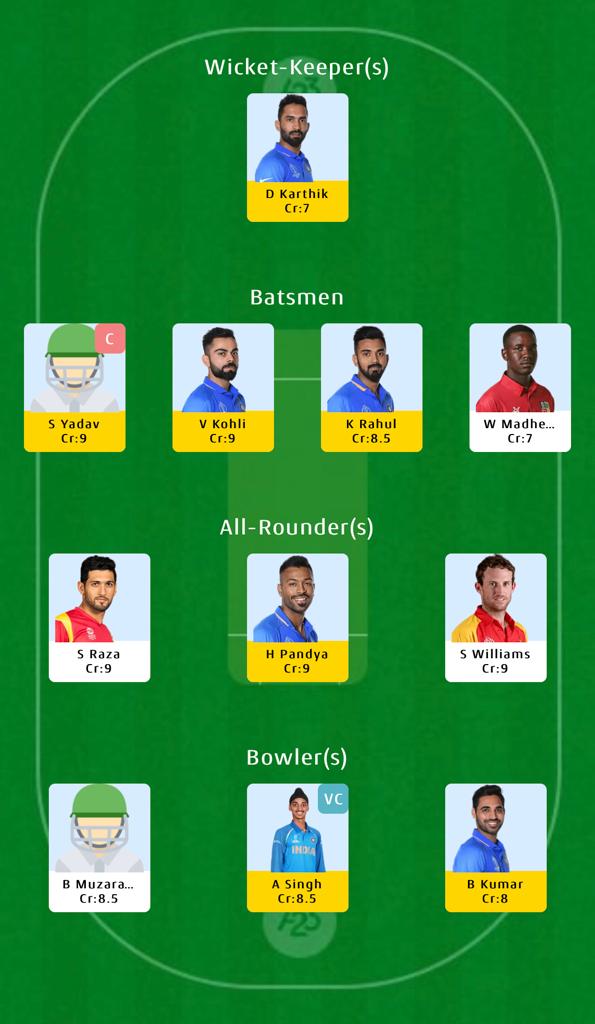 * Zimbabwe’s average of 11.1 in the powerplay is the worst amongst all Super 12 sides in this World Cup. They could face serious trouble against Arshdeep Singh, who boasts the second-best SR in the first six overs and has taken 4 powerplay wickets in this T20WC.

* Mohammed Shami is yet to go wicketless since making his comeback to the T20I side against Pakistan.

* With 11 wickets to his name, Blessing Muzarabani is the joint second-highest wicket-taker in this World Cup so far. He’s taken 5 wickets in 3 innings in the Super 12 stages and he’ll enter Sunday’s clash on the back of consecutive two-fers.

* In this T20WC, Sikandar Raza in 21 overs has taken 5 more wickets (9) than Ravichandran Ashwin and Axar Patel combined (4 wickets in 19 overs).

* Kohli, SKY and Sikandar Raza are all mandatory picks in the form they are in. It would even be advisable to make different captain / vice-captain combos from these three.

* Across the Pakistan and South Africa games, Wesley Madhevere accumulated 52 runs off 31 balls. He has the potential to do significant damage opening the batting, just like Liton did, so it would be worth taking a punt on the youngster.

* Back both Arshdeep and Bhuvi owing to Zimbabwe’s dismal numbers in the powerplay. 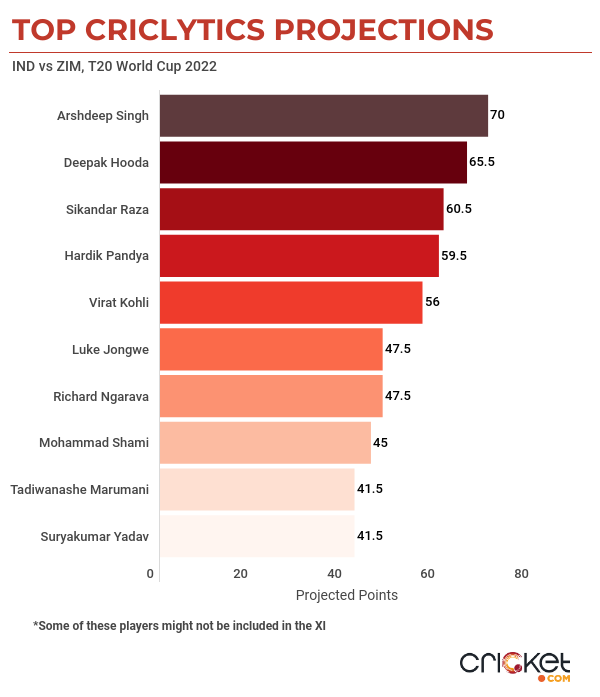