Fantasy: Rauf, Rizwan your men for the Netherlands clash 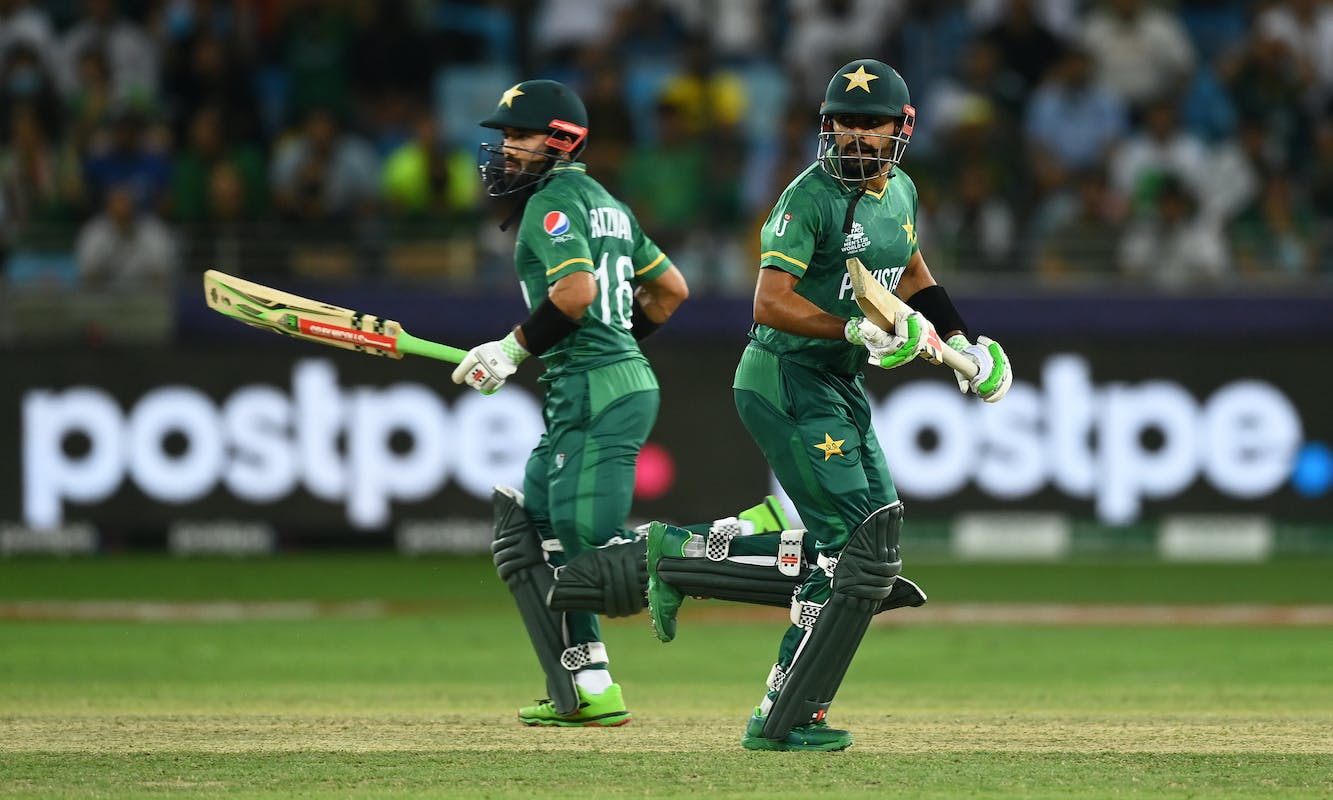 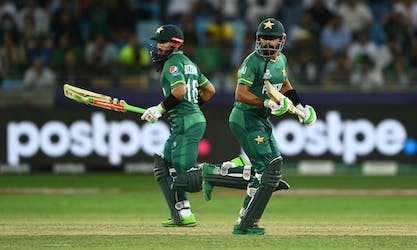 Fantasy: Rauf, Rizwan your men for the Netherlands clash

Pakistan and the Netherlands are now the only two sides who are yet to register a point in this rain-marred ICC World Cup. While Pakistan have lost two close encounters - on the last ball of the match - the Netherlands have been totally unimpressive in the Super 12 phase, after being pitted against India and Bangladesh.

Meanwhile, Pakistan’s fate is no more in their hands and they have no one to blame but themselves. The Men in Green will not just have to win all of their remaining three encounters by good margins but will also need a couple of results to go in their favour to make it through to the semi-finals. For the Netherlands, the likes of Max O'Dowd and Bas de Leede have all done well in patches but haven't really clicked as a unit. 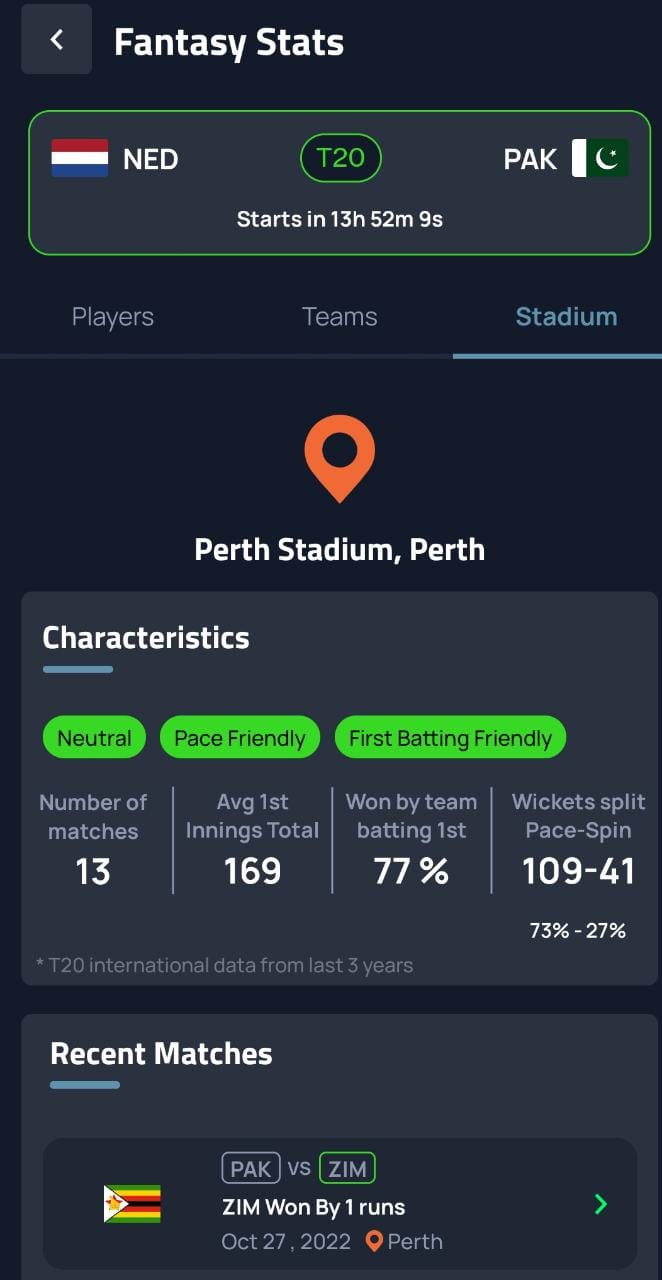 Pacers have continued to rule the roost at the New Perth Stadium, with 75 wickets going to pacers as opposed to only 25 by the spinners in the last 10 T20Is here. Pacers average 23.9 with the ball whereas spinners haven’t had much success, striking at 35.8 runs per wicket. This is enough to convince you to build a pace-heavy attack from the fantasy scheme of things. 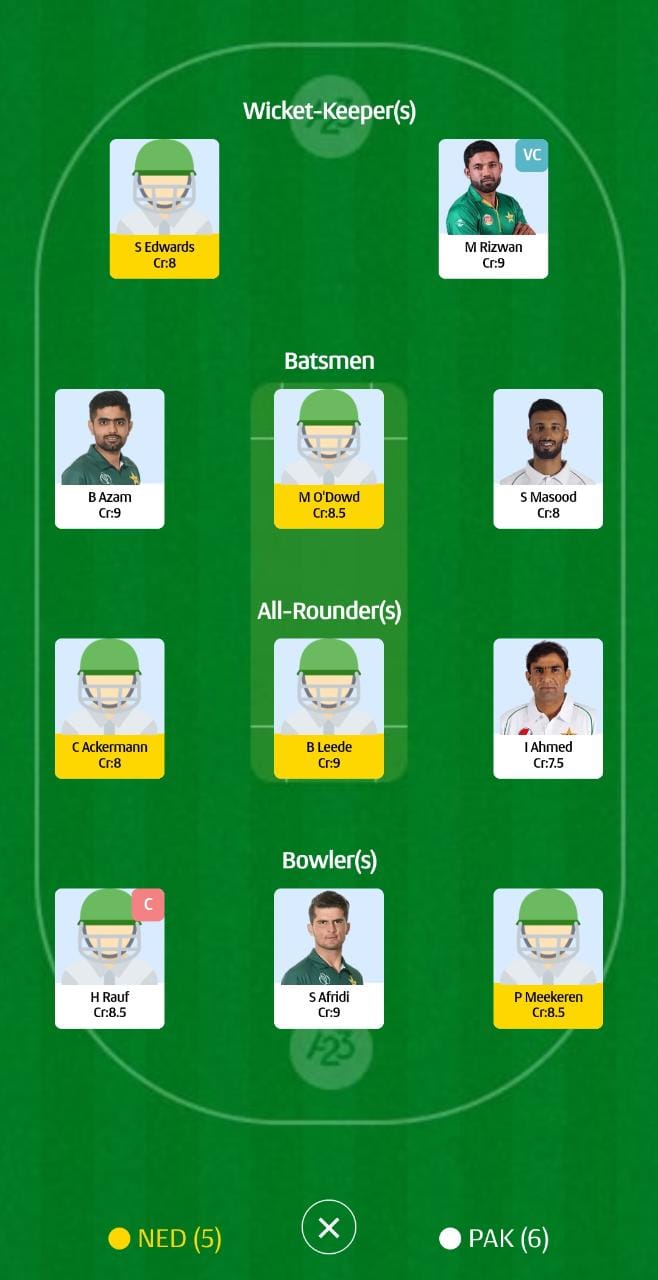 Pakistan haven’t won a single game of T20 in Australia so far, having lost five out of five completed games. It is evident that they have struggled against teams in Australian conditions, they will now look forward to turning that around.

No batting pair has scored more runs than Rizwan & Babar in T20Is since 2020. While they have played more games of the other pairs in the top 4, their runs have still been significantly higher per match along with the average and 50 to 100 conversions.

Mohammad Rizwan has been Pakistan’s best batter for a span of the last 3 years. He has averaged 44+ for 3 years straight since 2020. Rizwan’s average of 61.6 as an opener is the highest for any opener in T20Is since 2020. This average has been miles ahead of the next who is Jos Buttler with 47.3. Bank on him to deliver results for your fantasy XI.

2022 continues to get better for Rauf as he now has 26 wickets at just 20 with an economy of less than 8. He is getting better year by year and his fast balls are an absolute killer for the batsmen to play against. Since 2020, no bowler has picked up more wickets for Pakistan in T20Is than Haris Rauf. Rauf has picked 67 wickets with the next best being Shadab with 44 in this time period. Picking him as captain of your side would be hugely beneficial for your XI. 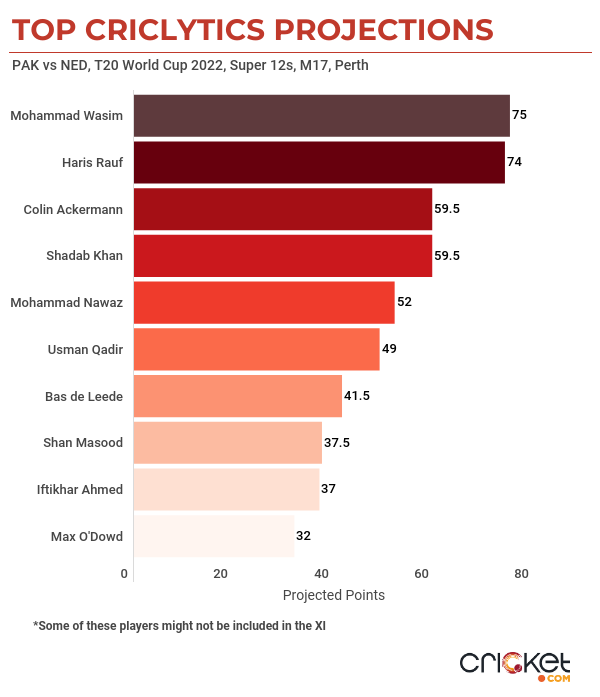