Fantasy: Rizwan, Pandya and SKY are your go-to men 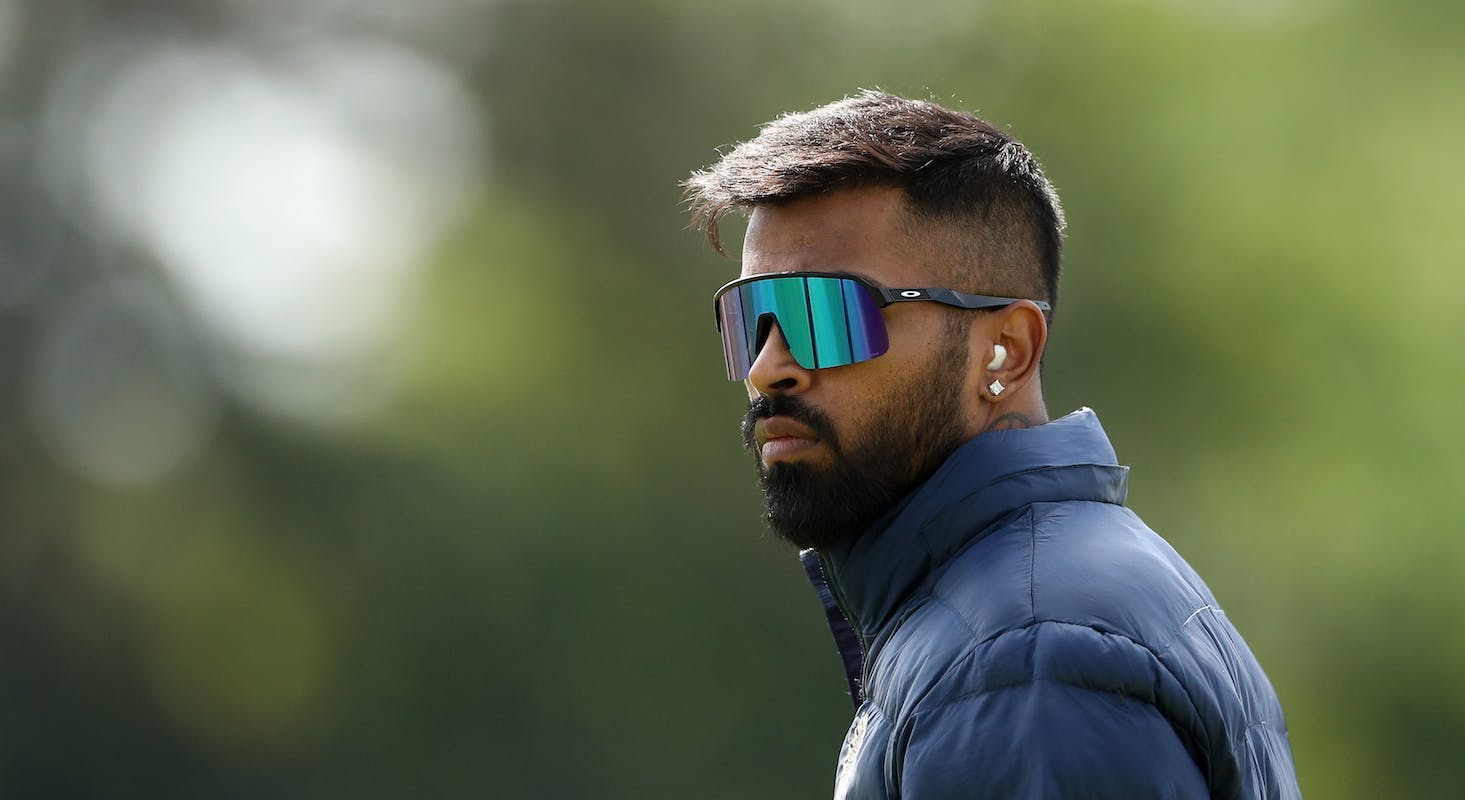 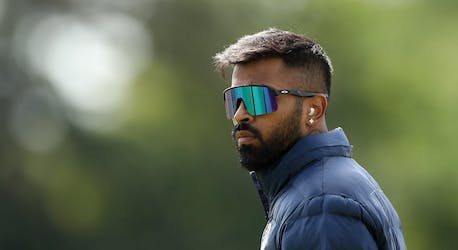 Fantasy: Rizwan, Pandya and SKY are your go-to men

A week after contesting in an extremely tight clash that went all the way down to the wire, India and Pakistan will lock horns once again at the Dubai International Stadium on Sunday, in what will be both sides’ respective first matches in the Super 4 stage. India will walk into the contest as marginal favorites, having beaten their arch-rivals just six days ago, but the Men in Blue will be a tad weaker heading into Sunday’s contest, having lost the services of Ravindra Jadeja. Pakistan, meanwhile, despite last week’s defeat, will be brimming with confidence having just hammered Hong Kong in Sharjah. A fascinating contest awaits us in Dubai!

The Dubai International stadium, which will host Sunday’s clash, was on the slower side of the spectrum at the very beginning of the tournament, but has gotten better and better to bat with every passing game. It produced arguably the best batting surface of the competition in Thursday’s clash between Sri Lanka and Bangladesh, where Dasun Shanaka’s side remarkably chased down 184. The last India-Pakistan contest at this venue was a relatively low-scoring affair - India chased down 148 in the final over - but should recent trends mean something, we’ll be witnessing a much better batting track come Sunday.

One thing that has remained constant in Dubai since the start of this Asia Cup is the fact that spinners have been far more effective than the pacers. Pacers have taken 68% of the wickets - thanks to bowling a larger proportion of overs, mainly - but have leaked runs at an eye-watering 9.1 ER. Spinners, in comparison, have been hard to put away, their economy reading a mere 6.7.

In the last H2H clash between these two sides, however, it was pace that ruled the roost, with the quicks accounting for 12 of the 15 wickets to fall.

Given how Dubai has behaved, however, what will be interesting to see if India will move away from Avesh Khan and opt to pick a third specialist spinner in Ravi Bishnoi. 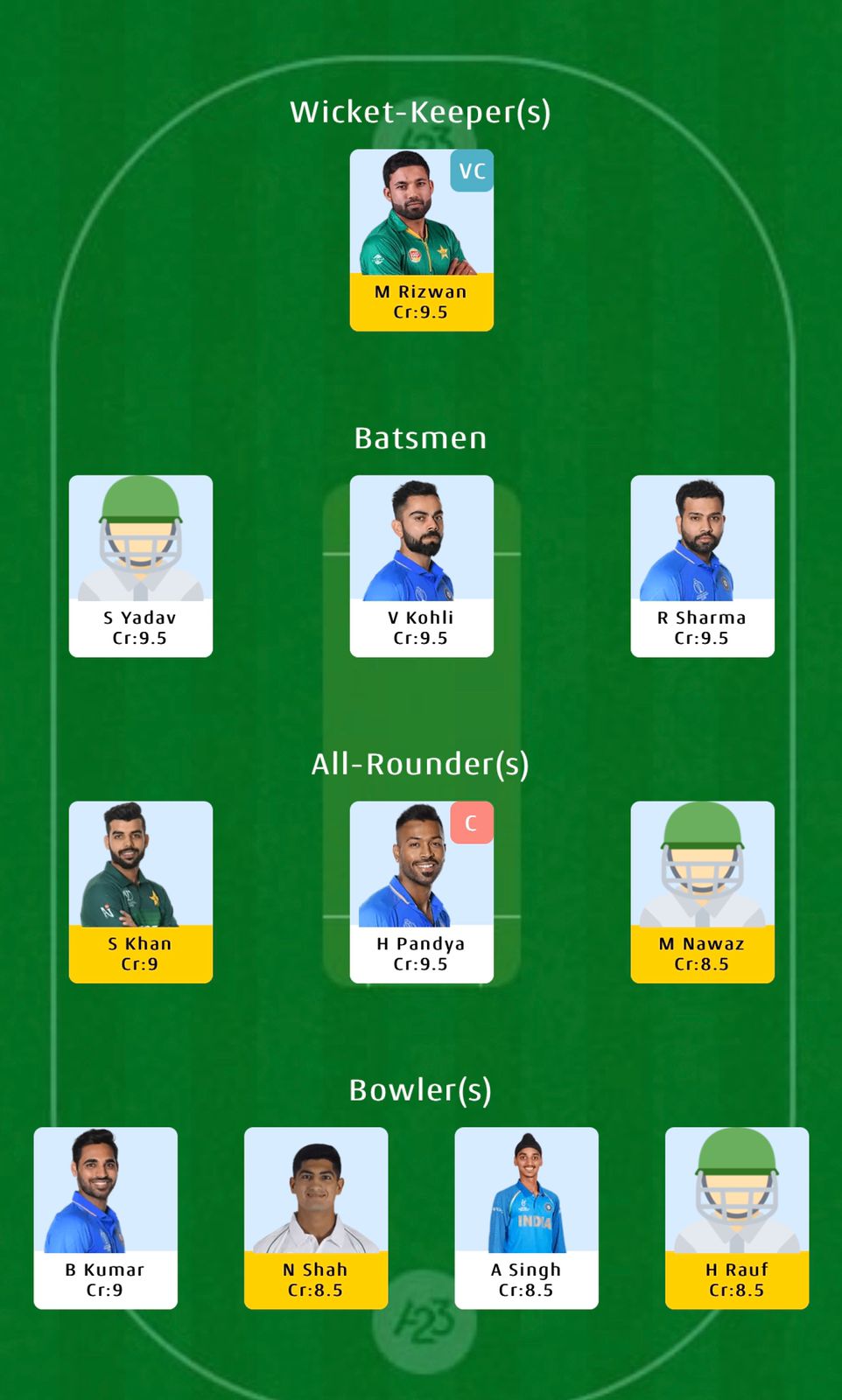 * Despite SR being on the lower side, Rizwan now averages 61.71 in 10 innings in UAE. In his last 5 innings in the UAE, he has been dismissed under 40 just once. He will enter Sunday’s clash on the back of a MOTM showing against Hong Kong in Sharjah.

* Pakistan are the only side against whom Suryakumar Yadav has a high score lower than 20 and a SR lower than 120.

* Rizwan, regardless of his SR, guarantees runs and so he is a must-have in your Fantasy XI. Across both sides, he currently is by far the most reliable run-bank.

* Kohli is another mandatory pick, owing to his exceptional record against Pakistan and the form he’s shown across the first two games of this competition.

* Making Hardik Pandya the skipper is, if anything, a safe bet at this point in time. A gamble will look something like making Shadab Khan - who has exceptional numbers in UAE - or Bhuvneshwar Kumar - who took a four-fer in the previous clash - the skipper. 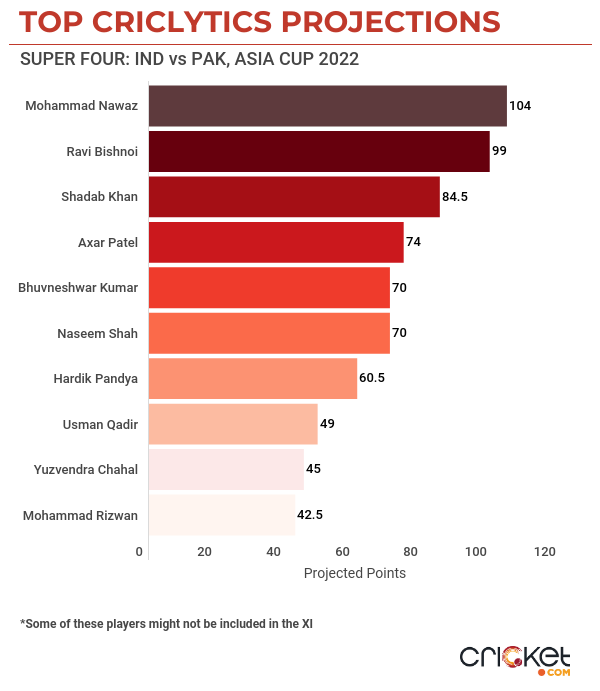