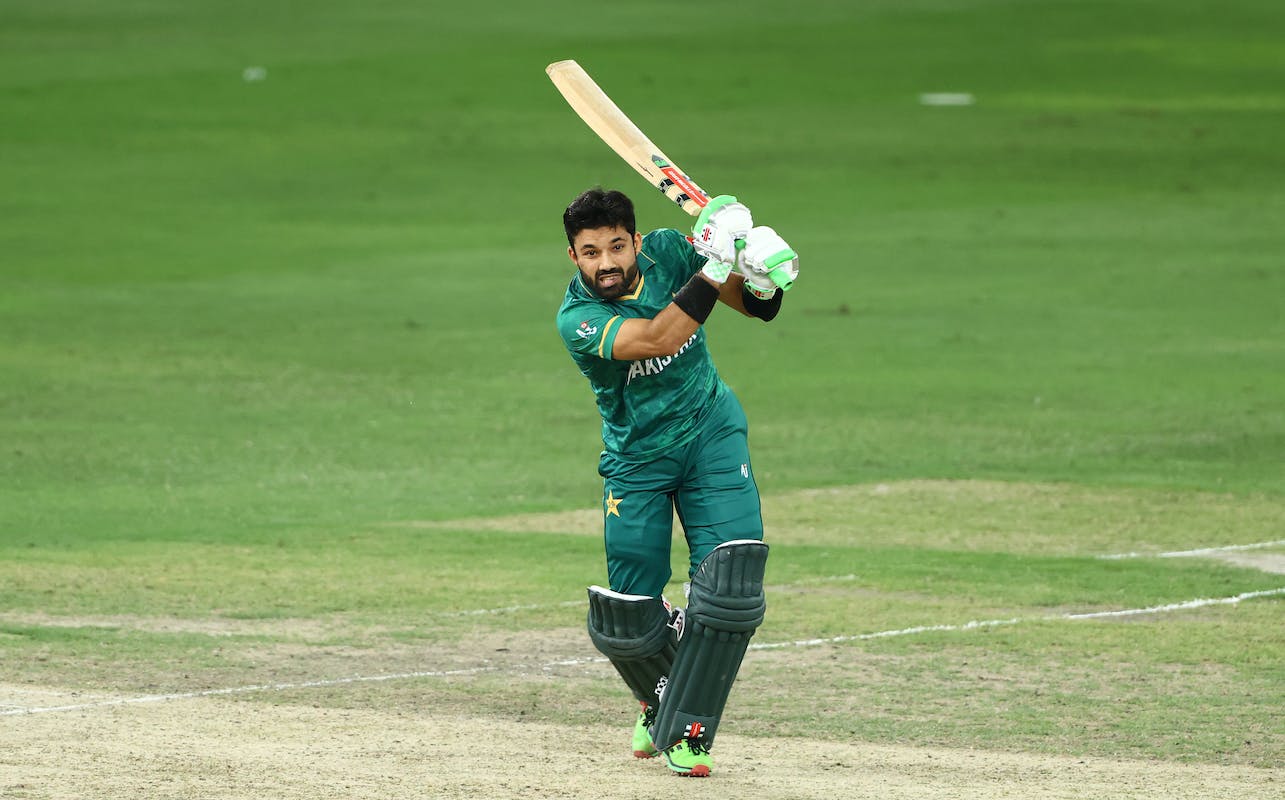 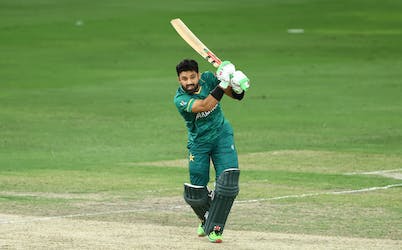 Nine months after the humiliating defeat in the T20 World Cup, India will be out seeking revenge as they take on arch-rivals Pakistan at the Dubai International Stadium on Sunday, in what is set to be the blockbuster second game of Asia Cup 2022. India will enter the clash in red-hot form, having remarkably won 16 of the 20 T20Is they’ve played this year, while Pakistan will enter the derby having flabbergastingly played a solitary T20I all year.

Both sides have injury woes, losing their respective pace spearheads, but the Men in Blue will enter the contest as marginal favorites by virtue of their recent form in the shortest format, having won 8 of their last 10 T20Is.

A mouth-watering contest awaits us in Dubai! 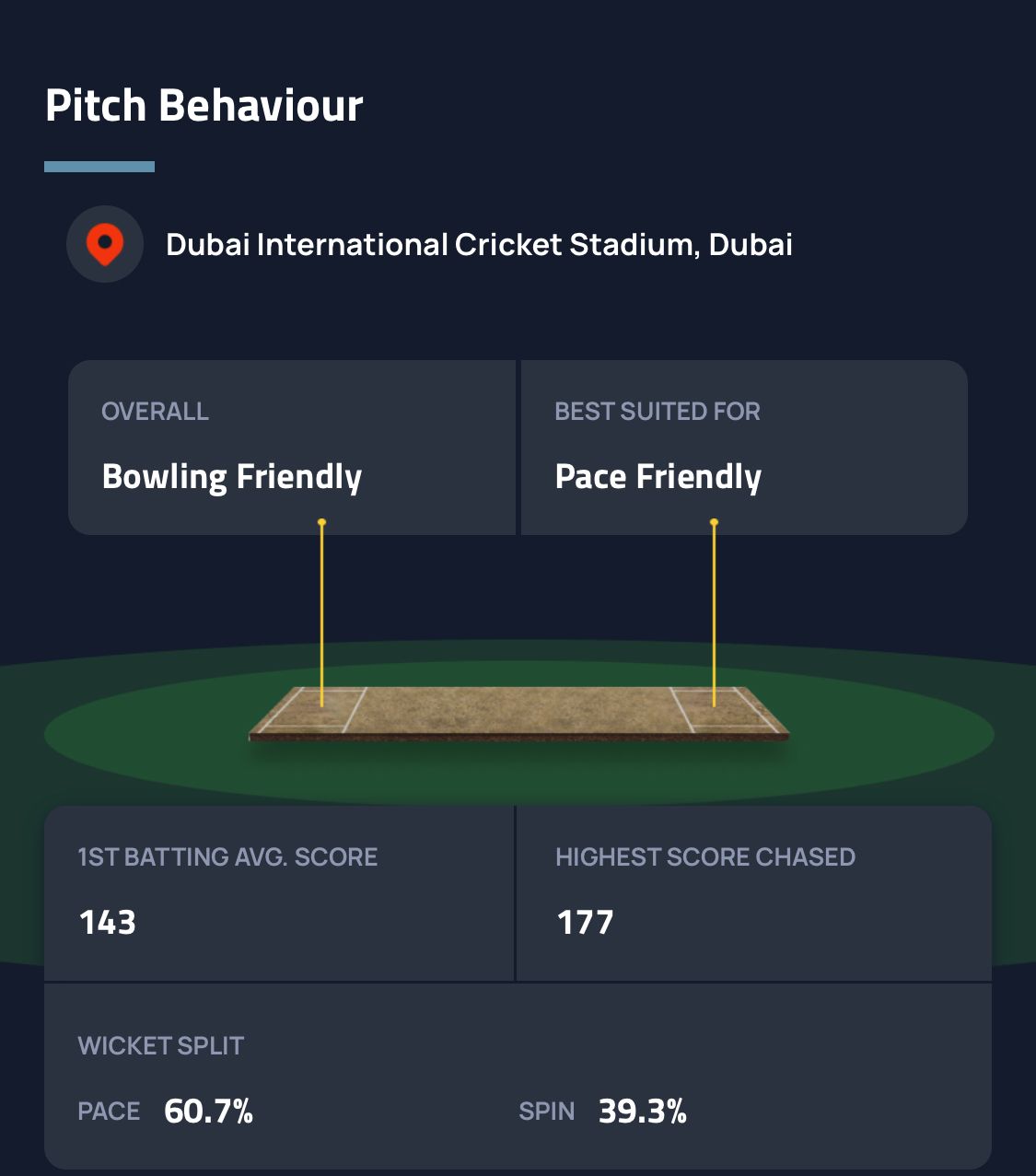 The Dubai International Stadium, which will host the much-awaited India-Pakistan clash, oversaw a low-scoring encounter on Saturday, in which Afghanistan steamrolled Sri Lanka. The Mohammad Nabi-led Afghanistan side opted to bowl after winning the toss and rolled the Lankans over for just 105, before chasing the target down in under 11 overs.

There was plenty of early swing for the seamers and Afghanistan used the same to their advantage after winning the toss as left-armer Fazalhaq Farooqi ripped through the Lankan top-order. But at the same time, there was also enough purchase for the spinners, the spin trio of Mujeeb, Rashid and Nabi finishing with combined figures of 4/50 off 12 overs.

Given Sri Lanka were below par with the bat on the night, too much cannot be read from Saturday’s encounter, but one thing that will probably definitely happen on Sunday is the toss-winning captain opting to field: 13 of the last 14 T20Is in Dubai have been won by the team chasing. ‘Win toss, win game’ has been the mantra in Dubai and it might take a hell of an effort from the side batting first to overcome the rather unfair advantage and emerge victorious. 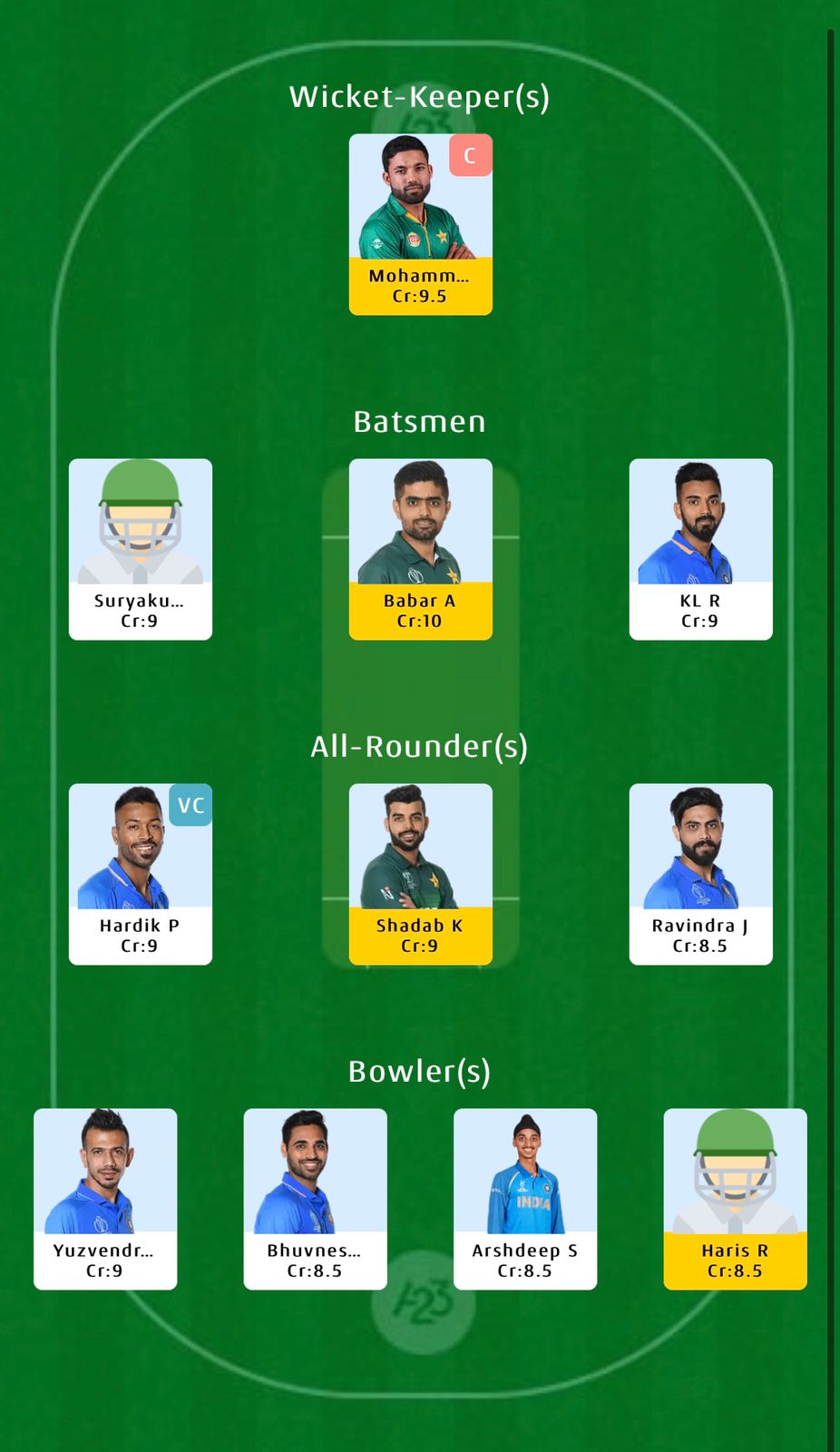 * Rizwan’s opening partner Babar, too, is a model of consistency. He averages 41.66 across his last 25 T20I innings and has scored a fifty in each of his last two T20I knocks. The last time he played India, Babar struck an unbeaten 68*.

* Babar and Rizwan are run-banks and must be in your Fantasy XI at all costs; such is Rizwan’s consistency that making him the skipper will barely be a risk.

* Given there’s a high likelihood that Hardik Pandya could be in the Indian XI as a third seam-bowling option, there’s great incentive to gamble on the all-rounder as either skipper or vice-skipper. The team’s gung-ho approach is also bound to leave him with plenty of balls to bat.

* Shadab Khan, evident by the numbers above, is a cheat code in UAE conditions and needs to be in your fantasy XI against an RHB heavy Indian side (that could potentially have 6 RHB batters in its Top 7). Shadab hasn’t fired yet with the bat in T20Is but will always be a prudent pick owing to the extra dimension he adds with the bat.