Fantasy: Shikhar Dhawan or KL Rahul, who should be your captain? 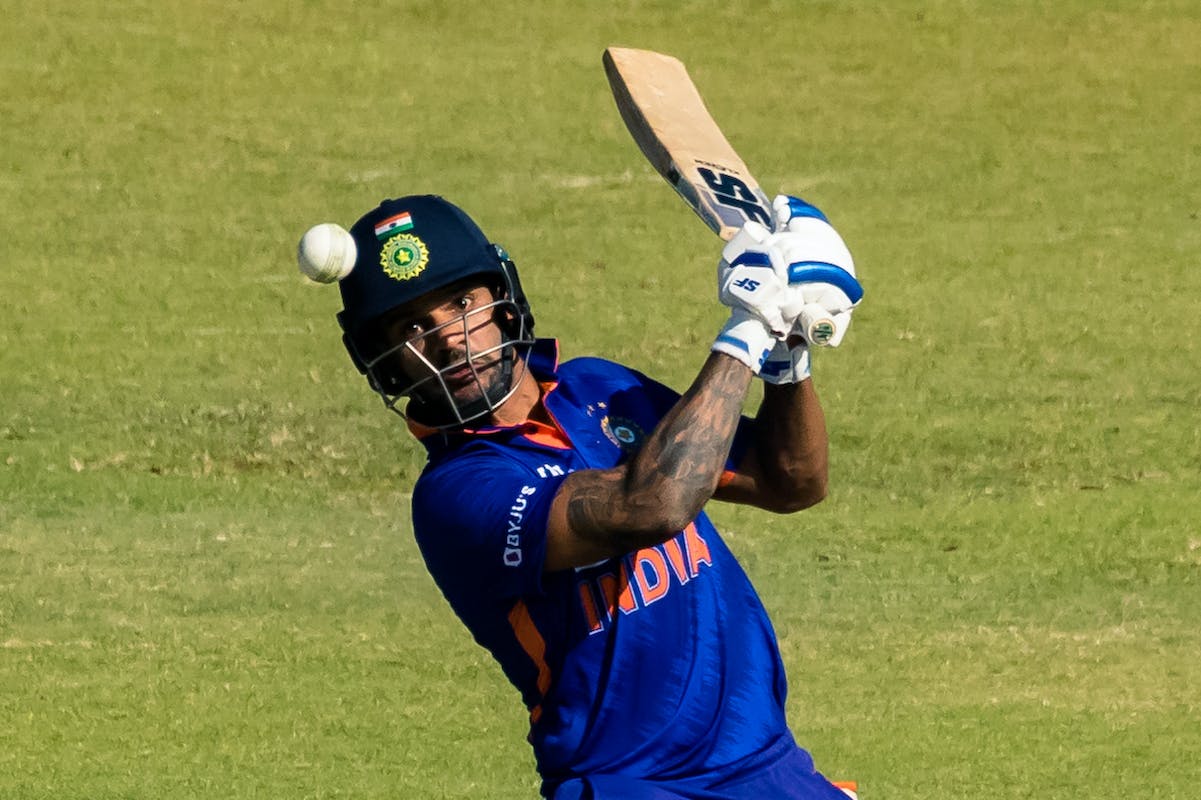 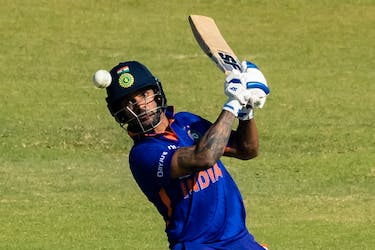 Fantasy: Shikhar Dhawan or KL Rahul, who should be your captain?

With the series already in the bag, India and Zimbabwe will clash in the final One-Day International (ODI) in Harare on Monday (August 22).

India have won 14 continuous ODIs against Zimbabwe. The hosts last won an ODI against India in 2010 at the same venue. India, under KL Rahul, have been clinical in the series so far and will look to end it with a 3-0 whitewash. Zimbabwe have failed to put up 200 batting first in the series, but will look to put up a better show in this game, given that they face Australia in a little over a week’s time.

The fast bowlers have been the wicket-takers this series, accounting for 68.2% of the wickets. They have done so at runs per wicket and balls per wicket ratio of 25.5 and 29.5 respectively. They have The spinners have managed just seven wickets in the series, but they have been a little infrequent striking once every 37 runs and 46.7 deliveries apart. 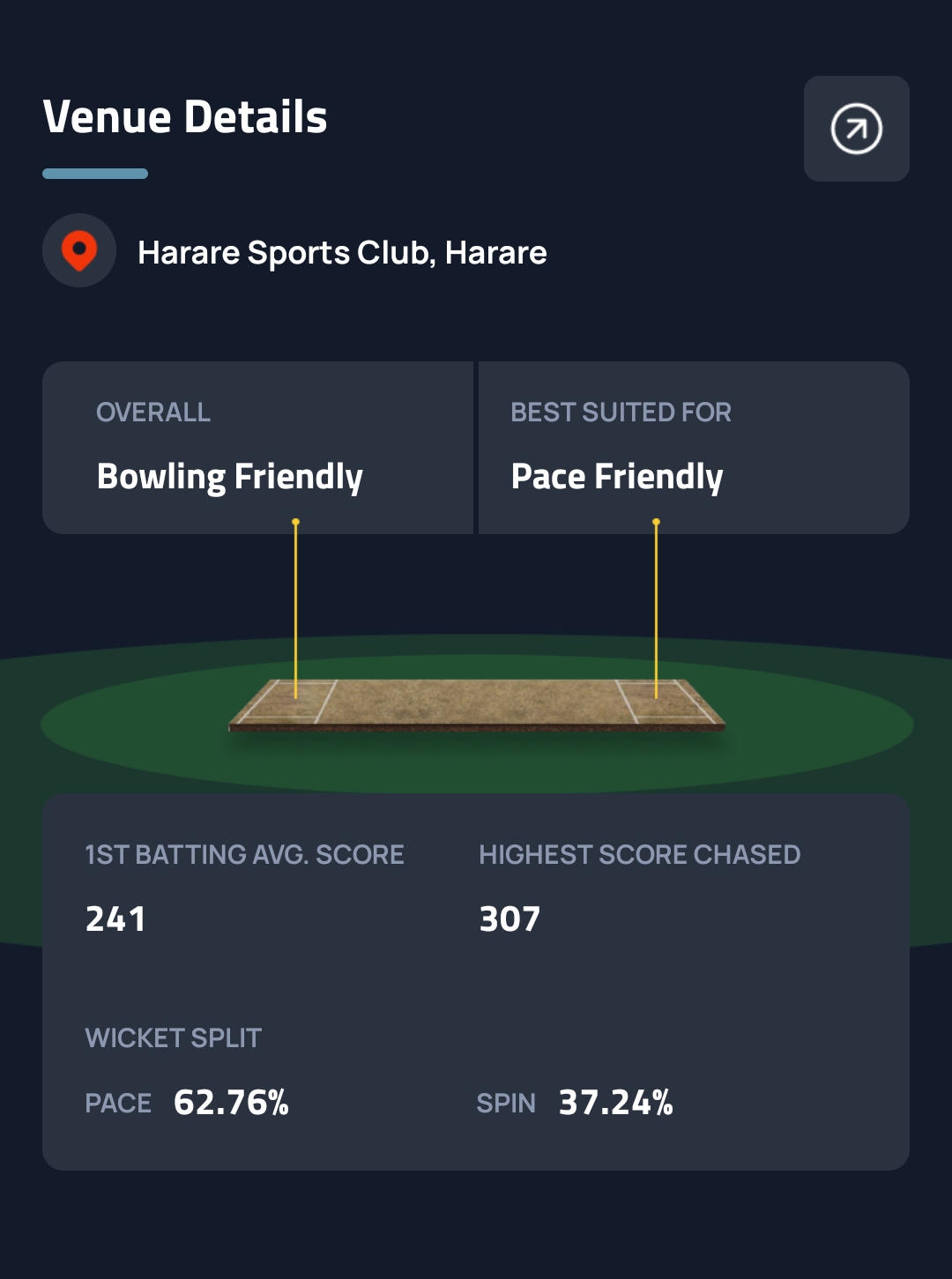 Even in the last three years, the fast bowlers have been dominant, picking 62.76% of the wickets. Hence, even traditionally, the Harare Sports Club has been conducive for the pacers and it would behoove you if you pick more fast bowlers in your team with a quality spinner or two. 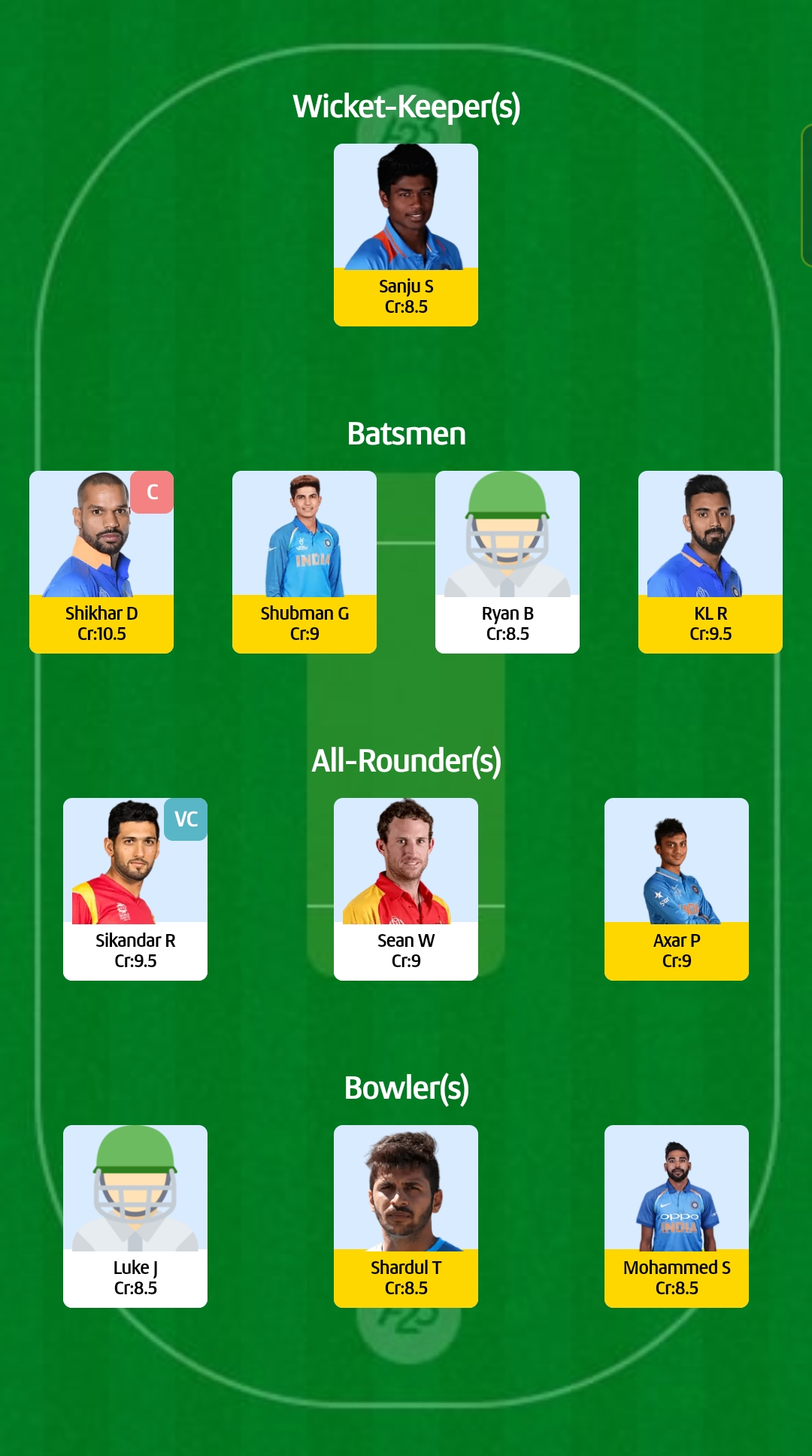 Zimbabwe will have to work on their scoring rate. They have scored at just 4.9 an over this year which is the worst after Afghanistan among full-members. They may have chased down 290 or more twice in the last five matches, but their run-rate batting second isn’t great either, scoring at 5.1 an over with only Afghanistan (4.6) and Bangladesh (4.6) worse off.

Even when it comes to their bowling, Zimbabwe, who have struck once every 44 runs and 47.9 deliveries apart are head and shoulders worse than the rest. The corresponding numbers for India are 26.3 and 30.2 respectively.

Shikhar Dhawan has had yet another incredible in ODIs with 502 runs at 50.2 in 12 innings and is the leading run-getter for his side He may not have hit a century yet, but has hit five fifties – three of which have come in the last five innings – but he will look to work on his strike-rate which is a shade over 78.

Sikandar Raza is head and shoulder above rest of his teammates, having scored 500 runs and with the ball has picked up seven wickets at an economy rate of five in ODIs this year. He may not have had a good series, but you cannot keep a player of this quality down for long.

Sean Williams’ all-around show could be a handy option for Zimbabwe. He has played just five matches this year so far and as a result, has not got any momentum going for him. But he top-scored for his side in the previous side with a well-compiled run-a-ball 42 and will look to add a few more in this game. With plenty of right-handed batters in India’s top-order, his left-arm orthodox coule be a handy option.

KL Rahul has faced just five deliveries in the series and this game gives him a last chance to prove his form ahead of the Asia Cup. Since 2021, he has hit two fifties and a century in eight innings in ODIs  and given that he will open with Dhawan, he will look to make the best of it. 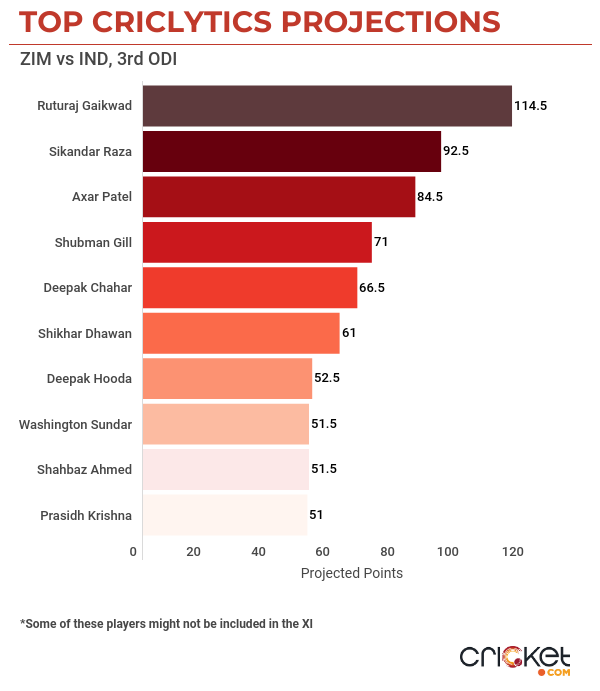