Fantasy: Should Rohit Sharma, Virat Kohli be in your side? 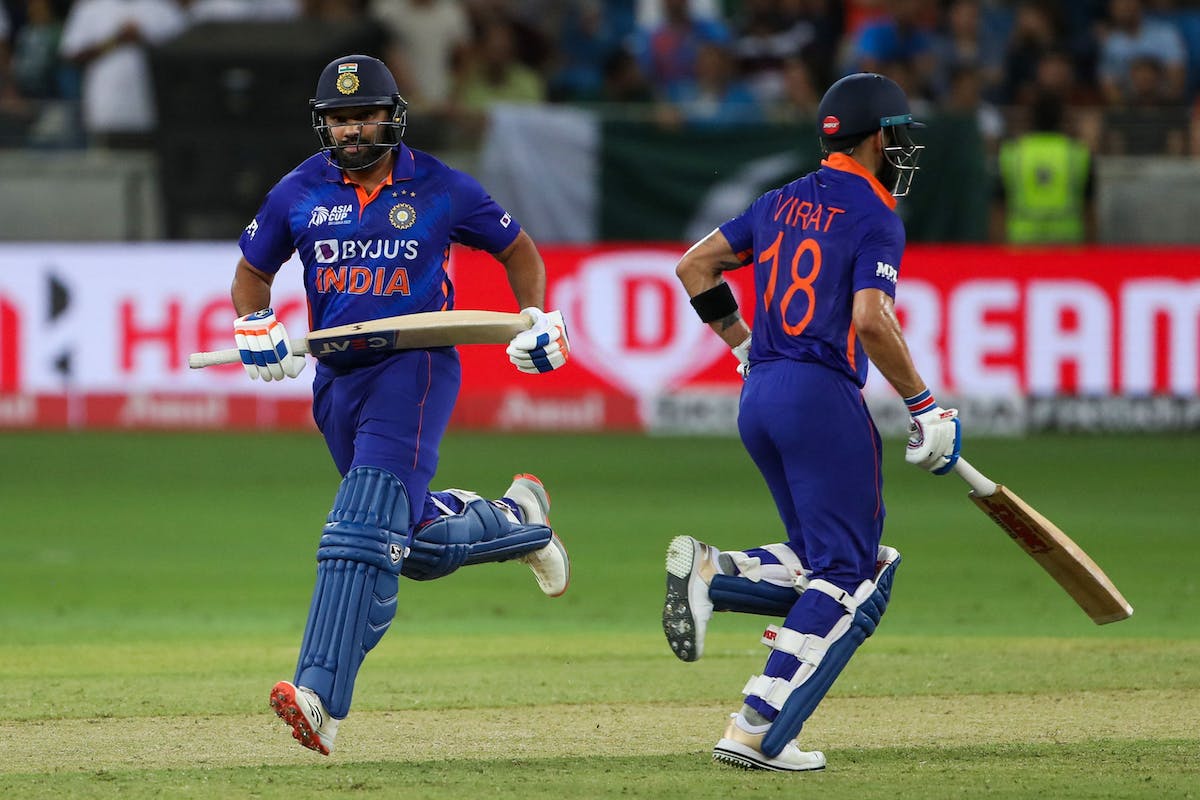 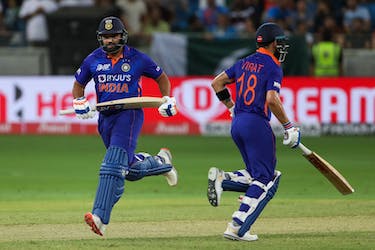 Fantasy: Should Rohit Sharma, Virat Kohli be in your side?

After winning a pulsating game against arch-rivals Pakistan, India take on Hong Kong in their second match of Asia Cup 2022. This is the first time the two teams will be playing in T20 Internationals (T20I). However, the last time they met in this competition was in 2018, which was a 50-over affair, when Hong Kong fell short by 26 runs in pursuit of 286.

Hong Kong go into this competition at the back of three continuous wins in the Qualifier, defeating Kuwait, Singapore and the T20 World Cup-bound UAE.

In the two matches in Asia Cup in Dubai, 66.7% of the wickets have fallen to pacers and they have done so 18.4 runs, 13.7 deliveries apart. The spinners, on the other hand, have been far more economical (6.1) compared to the pacers (8.1), playing a pivotal role in choking the batters.

Things have more or less been similar in Dubai with over 61% of the wickets falling to fast bowlers in the last three years. The team winning the toss will look to bowl first as they have in the two games in the tournament so far. 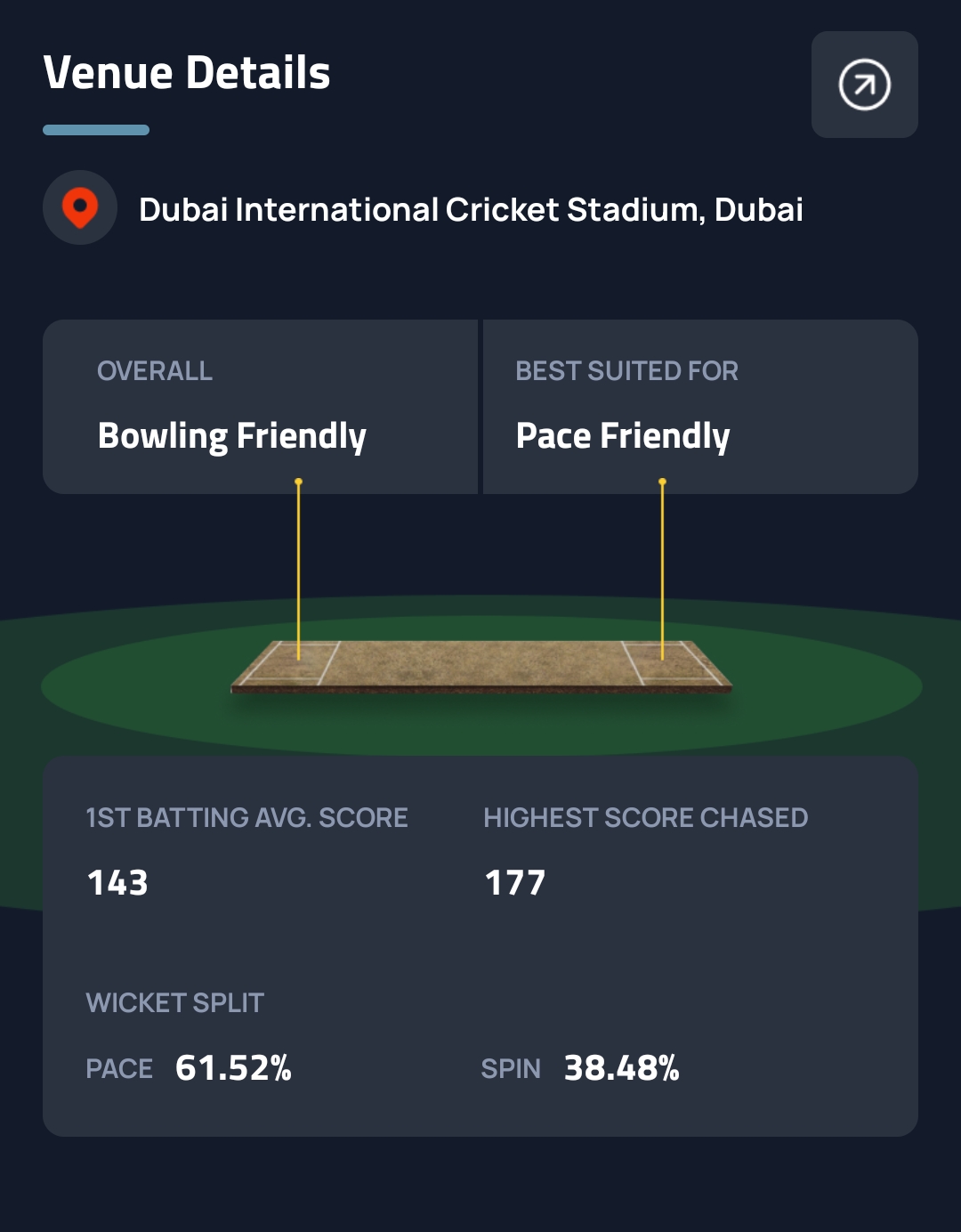 Make sure to have quality spinners like Ravindra Jadeja, Yuzvendra Chahal, Yamin Murtaza and Ehsan Khan in your side as they could play a pivotal role for their teams and get you some valuable points. Murtaza and Jadeja who bat in the top four could fetch you useful points in the batting department as well. 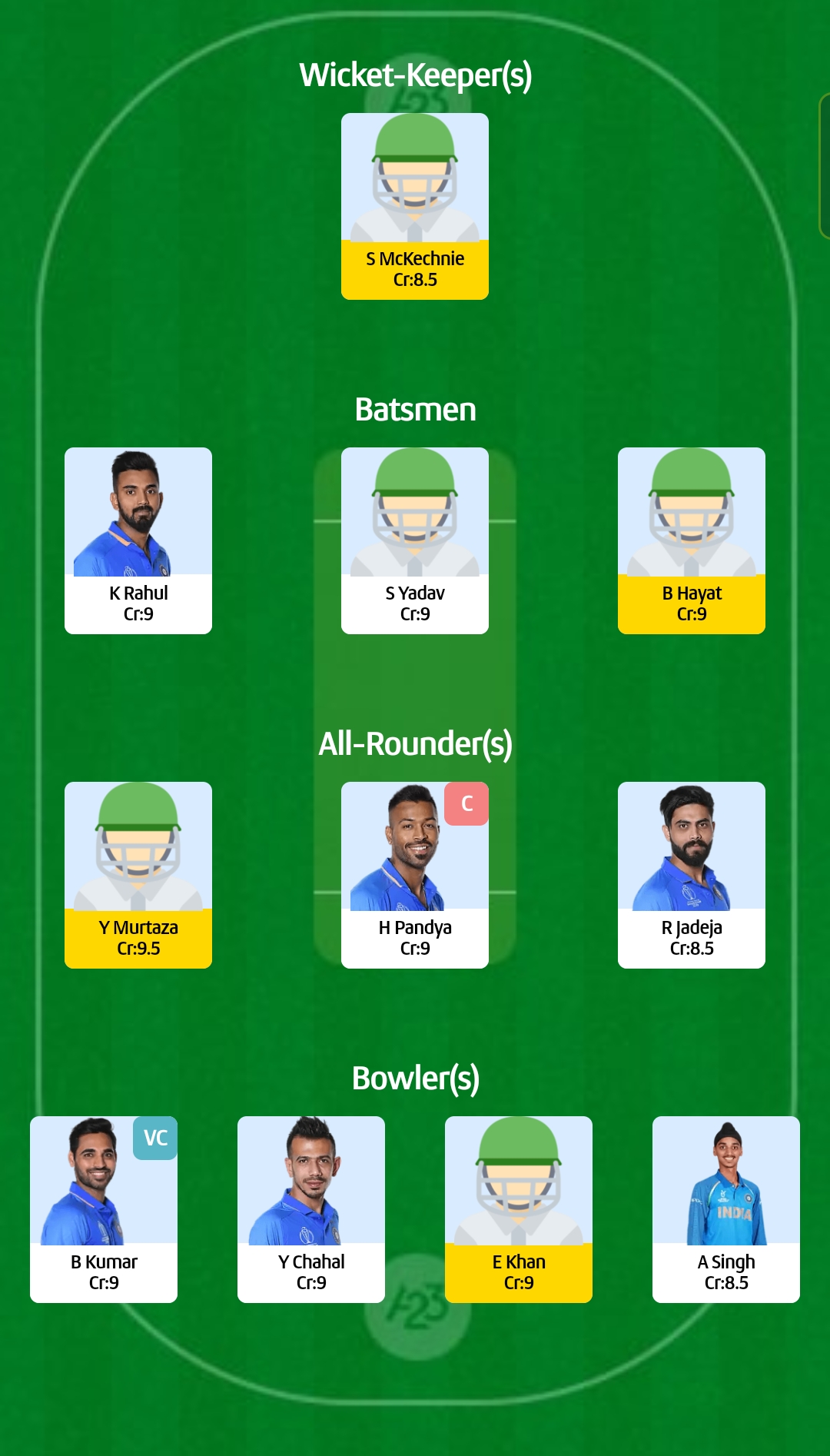 Only Sandeep Lamichhane (36) and Joshua Little (28) have picked up more wickets than Bhuvneshwar Kumar (24) in T20Is this year. He bowled beautifully in the Asia Cup opener against Pakistan as well, finishing with 4 for 26 from his four overs. He will once again be key to providing India with the breakthrough early on and then later at the death as well.

Hong Kong could face the wrath of KL Rahul, who will be hungrier to score big after getting out first ball against Pakistan. Despite his failure, Rahul has three T20I fifties from his last five innings. He returned to the side for the Zimbabwe tour after a long injury lay-off and in his three innings since he has registered two single-digit scores. This could be the match where he gets back among the runs.

Yasim Murtaza has quietly gone about his business this year. His slow left-arm orthodox have fetched him seven wickets at an economy rate under six, but with the bat, he has scored 151 runs at a strike-rate of 105. Only Babar Hayat (217) and Nizakat Khan (249) have scored more runs. Opening the innings, he scored 58 against UAE in the final Qualifier match and will go into this match full of confidence. 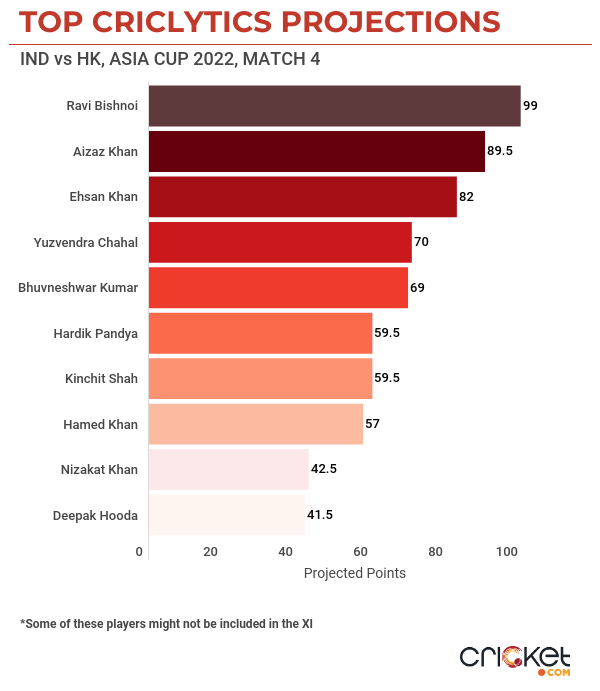