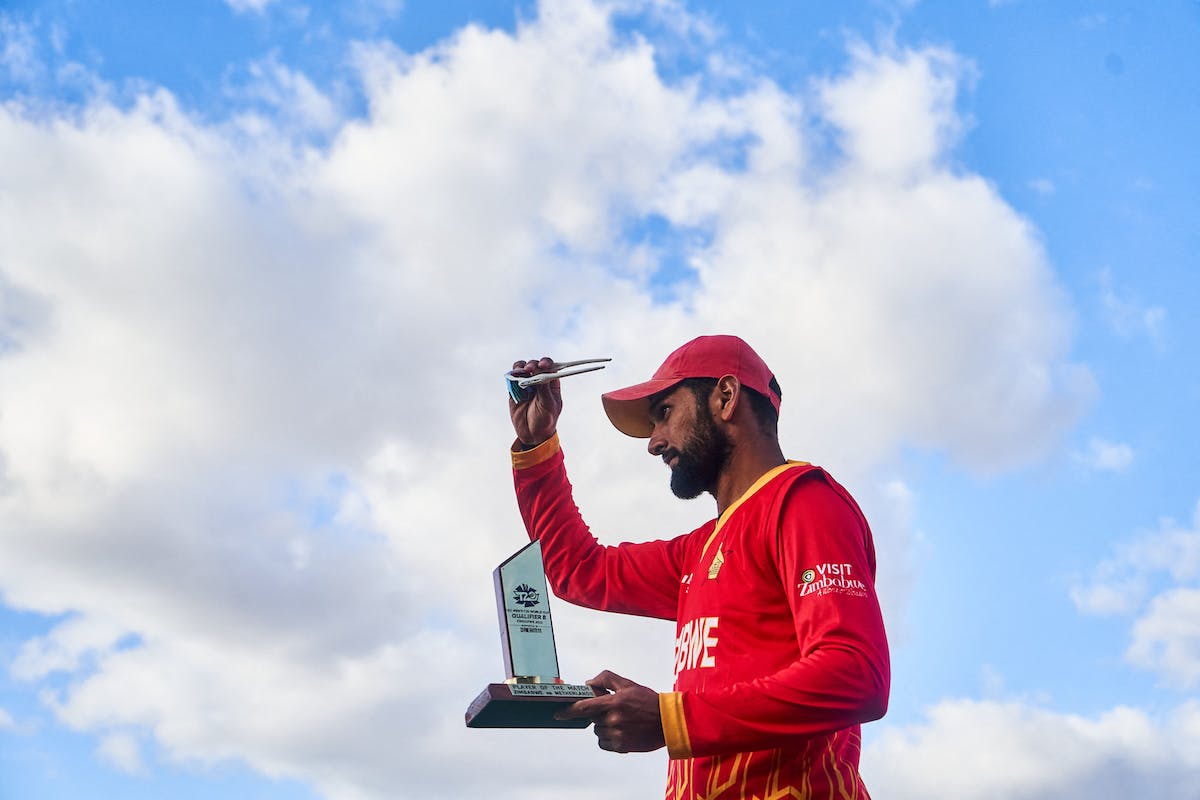 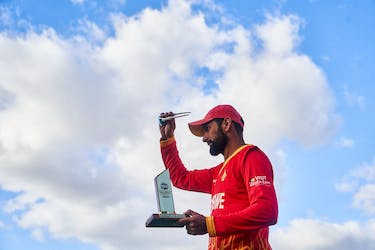 In a historic tour, Zimbabwe visit Australia for a bilateral One-Day International (ODI) series for the first time ever. They played an ODI in Australia in 2003-04, as one of the three teams that also featured the hosts and India.

The two teams clash in the first ODI of the series on Sunday (August 28) at Townsville. This will not just be Zimbabwe’s first international match at this venue, but Australia too will be playing here for the first time. The only two ODIs ere were played between Hong Kong and Papua New Guinea (PNG) back in 2014.

The head-to-head between the two sides is a no-contest. Australia have won 27 of the 30 ODIs against Zimbabwe. In fact, Zimbabwe had beaten Australia in their very first meeting in the 1983 World Cup and their next victory came the last time these two sides met in Harare. Those are the only two occasions Zimbabwe have gotten the better of the Aussies in ODIs.

As mentioned earlier, only two ODIs have been played in Townsville and therefore there is not much data from recent times to work with. However, in the four List A matches played at this venue since 2018, the data shows that it is the fast bowlers who have enjoyed a lot of success accounting for nearly 80% of the wickets.  They have struck once every 29.9 runs, 31.2 deliveries apart. 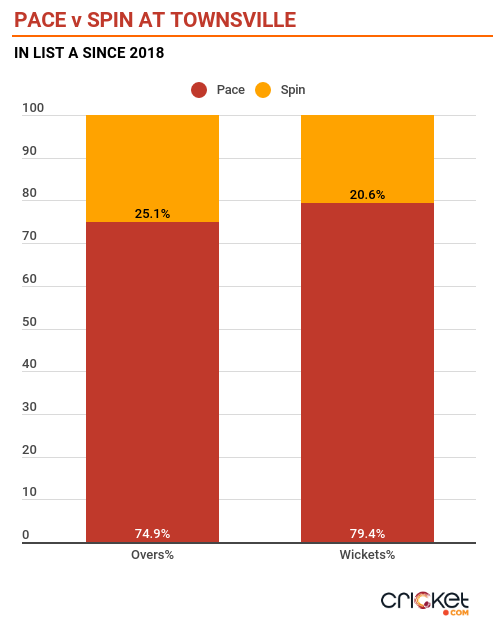 Stocking your side with top fast bowlers is certainly the way to go and maybe throw in a couple of spin bowling all-rounders in the mix. There are plenty of options in that front between the two teams. 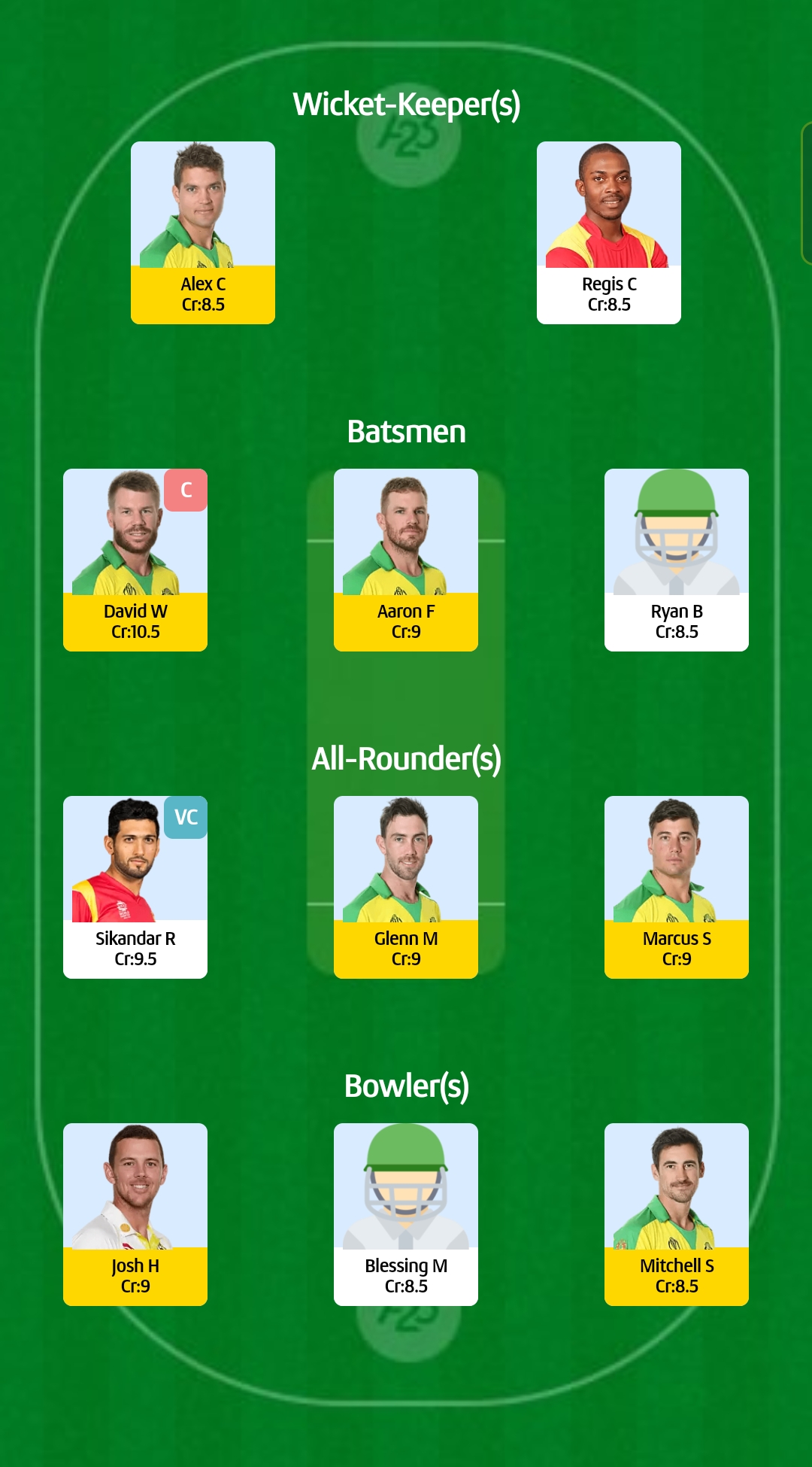 Zimbabwe have struggled to get regular breakthroughs this year, striking once every 43.1 runs, 46.7 deliveries both of which are the worst among full-member nations.

David Warner has not played many ODIs in the recent past. In fact, he has played just five games since 2021 all of which have come this year. His scores in those games have been 0, 37, 9, 99 and 10. He has not played an ODI at home for nearly two years now and he will back himself to deliver in this series. He has scored 2,616 runs at 46.71 along with a strike-rate of 100.26 on home soil, which includes nine hundreds and 10 fifties in 57 innings, The southpaw will be looking to add to his tally.

There are very few more in-form cricketers at the moment than Sikandar Raza. The all-rounder has slammed three tons and a couple of fifties in 12 ODI innings so far, aggregating 615 runs at 61.5. All his three centuries this year have come while chasing and his form will be key for Zimbabwe once again this series.

Glenn Maxwell has really enjoyed his stint at No, 7 for Australia this year. Him at seven and Cameron Green at eight has further added depth to Australia’s batting. In his five innings in that position this year so far, Maxwell has scores of 80*, 30, 33, 1 and 16. Overall, he has enjoyed a lot of success there, having slammed 699 runs at a strike-rate of 127.55. He is also a handy off-spin bowler and has picked up five wickets already this year.

2020 was a year to forget for Mitchell Starc, who is all set to play his 100th game but bounced back well in 2021 picking up 11 wickets at 10.63. He has not ODIs since July last year and will be hungry to prove his worth in this format once again. His pace and ability to swing the ball both ways would certainly keep Zimbabwe on their feet. 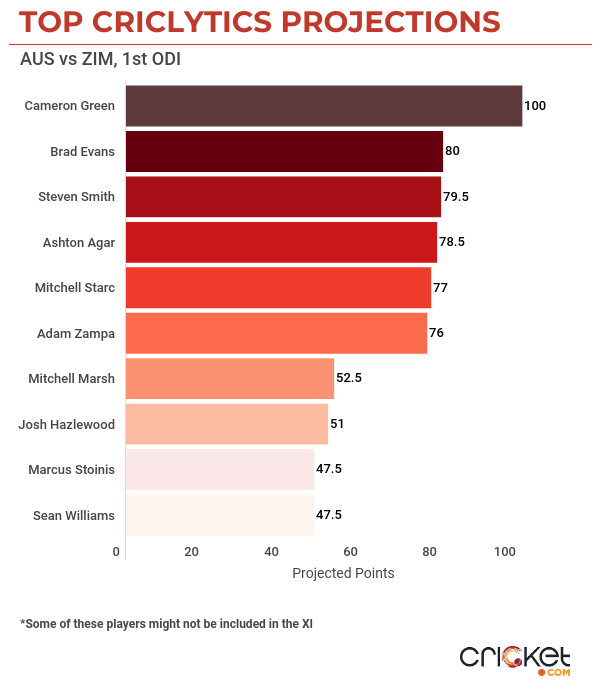