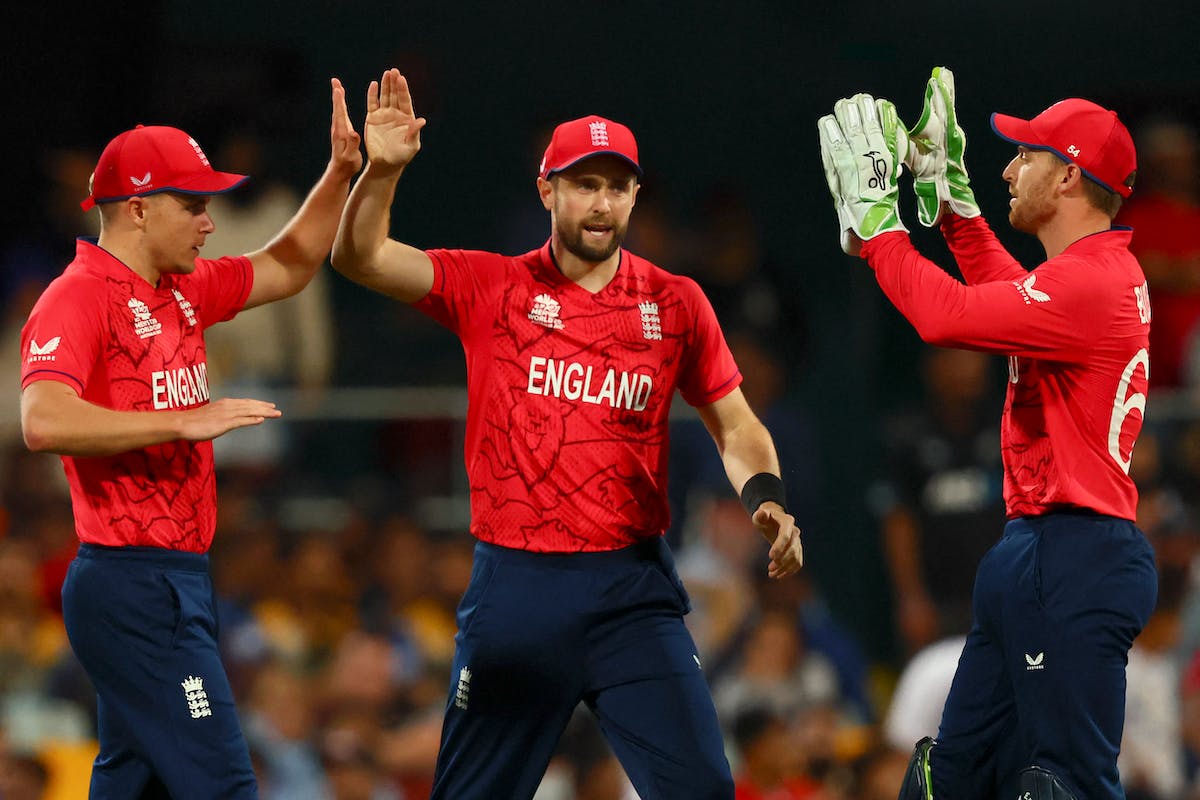 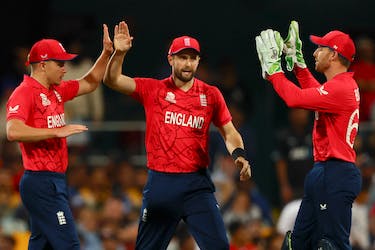 We are down to the final two days of the league stages of the T20 World Cup Down Under, and Match 39 promises to be a blockbuster as England take on the Asian champions on Saturday, November 5, at the Sydney Cricket Ground, aiming to secure their place in the semi-finals of the competition.

With Australia's nail-biting win over Afghanistan on Friday, the equation to secure the spot in as the second-semi-finalist is simple. A win for England will help them join New Zealand from Group 1, but a loss will send the hosts into the final four.

With stakes rocketing sky-high, it promises a cracker of a game and here are some of the critical factors that can help you build your fantasy side for the all-important clash.

In the eight innings played thus far at the Sydney Cricket Ground in this World Cup, the average first-innings total batting first is around the 188-run mark.

Out of the 54 wickets to fall at this venue, the pacers have picked 31 wickets, which is 57.4 percent of the total wickets, compared to 23 wickets by the tweakers, which is 42.6 percent.

On average, the pacers scalp 3.9 wickets per innings compared to 2.9 by the spinners in the shortest format at the SCG. 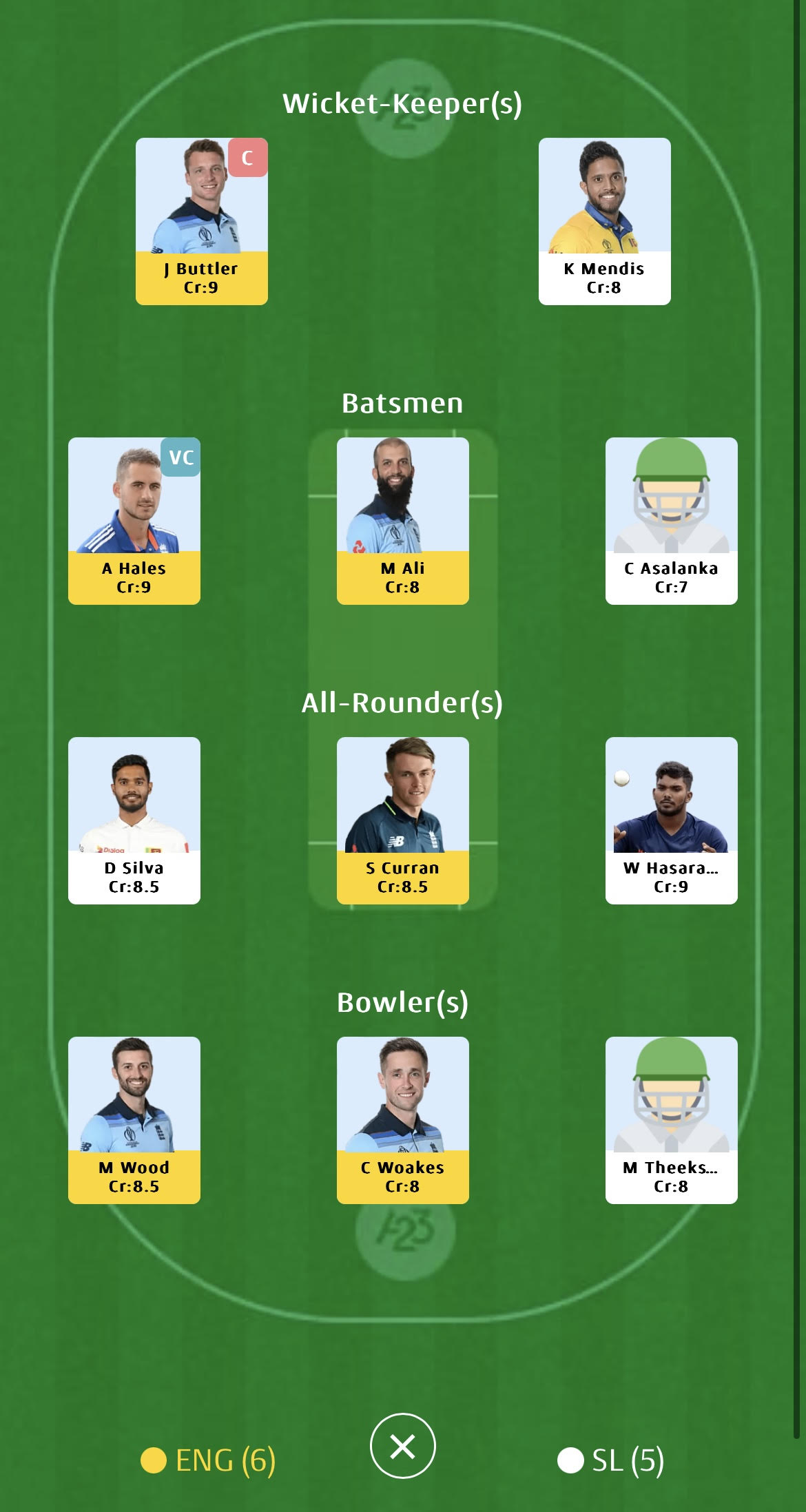 In the 13 T20Is played between the two sides thus far, England have registered wins in nine matches and have a win percentage of 69.2, which is the best against oppositions where they have played a minimum of five games.

Kusal Mendis is the third-leading run-scorer in this edition of the World Cup, with 205 runs in seven innings at an average of 34.17 and a strike rate of 144.4.

Overall, 2022 has been the second-best year for the right-handed batter in terms of consistency, as he scored 503 runs in 19 innings at an average of 29.3. With Pathum Nissanka struggling at the top, Mendis will hold the key for Sri Lanka in this clash.

Jos Buttler, the skipper of the England side, will be another key player you would want to pick in the fantasy side. The right-handed batter has 328 runs in 12 innings at an average of 29.82 and a strike rate of 164.8 this year.

In Sri Lanka's last league match against Afghanistan, Dhananjaya de Silva was the star of the show for his side as he anchored the modest run chase of 145 runs with an unbeaten 66 off 42 deliveries to power the team to a six-wicket win.

The right-handed batter has been in decent form scoring 168 runs in seven innings at an average of 28 and a strike rate of 133.3 and will be the vital cog in the batting unit of the side in this high-voltage clash.

Another player that can help you gain maximum points is Alex Hales. Coming back into the England set-up ahead of their away series against Pakistan.

While the right-handed batter started the World Cup in a sedate fashion, he was at his destructive best against New Zealand in the last game and forged an 81-run stand for the first wicket along with Buttler. With England requiring a win to seal their place in the knockout stages, Hales will be crucial to the fortunes of the side. 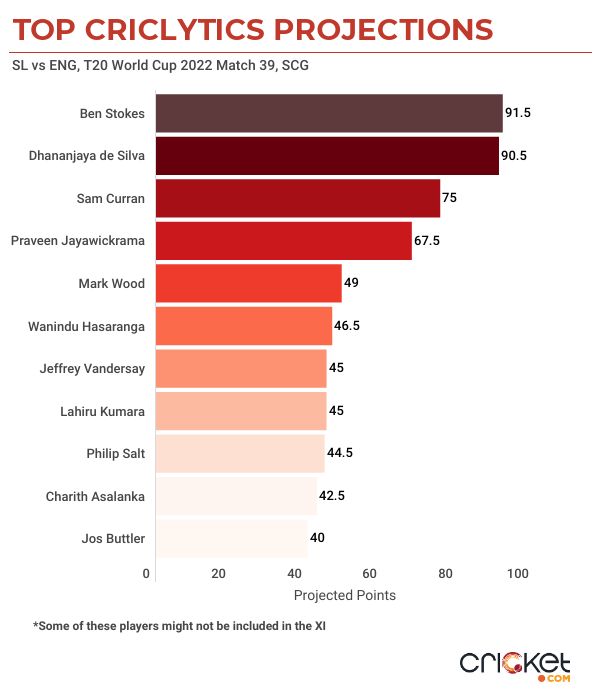